Reality Check: How Much Financial Deregulation Can President Trump Achieve? 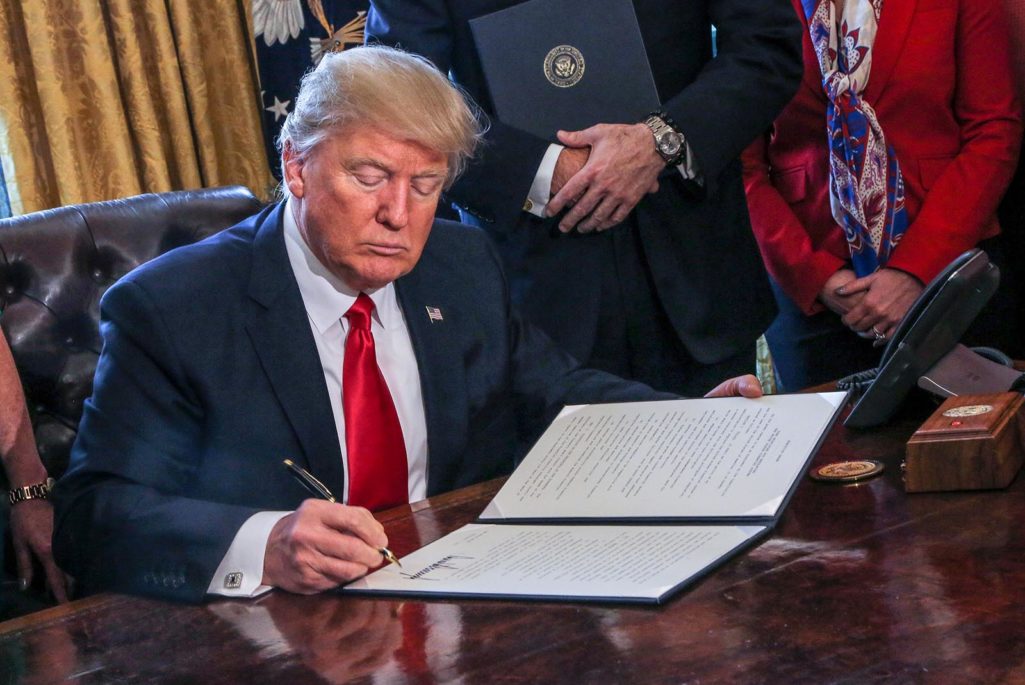 U.S. President Donald Trump signs Executive Orders in the Oval Office of the White House, including an order to review the Dodd-Frank Wall Street to roll back financial regulations of the Obama era.

The advent of the Trump administration will bring substantial deregulation of financial services, but it is unlikely to go nearly as far as advertised. Legislative change is likely to be limited by opposition from Democrats, but would include:

Trump appointees will have a much freer hand in reshaping regulation than law, but will have to operate within the confines of Dodd-Frank and other relevant laws. Even here, the processes take time, and there are institutional constraints and political forces that could block or further slow change. Some of the biggest changes are likely to be:

If Republicans control the entire government, why won’t they be able to pass the legislation they want?

‘Breaking Up’ (Dodd-Frank) Is Hard to Do

Small- and medium-sized banks, which are politically favored, are understandably elated about the likely impacts of the election on financial regulation. The largest banks should be more cautious in their appraisals. They are still likely to be better off from regulatory changes, but they face a risk of having unfavorable revisions to capital requirements, via increased minimum “leverage ratios,” and the possibility that President Donald Trump will follow through on his campaign promise to back a “modern Glass-Steagall” that would make it impossible or difficult to combine commercial and investment banking within the same group.

If Republicans control the entire government, why won’t they be able to pass the legislation they want? The key is that Senate rules allow a minority to filibuster, essentially talking a bill to death, unless 60 senators vote to stop the debate. There are only 52 Republican senators and it is unlikely they can get eight Democratic defections on major changes to Dodd-Frank. Most Democrats see a fight about Dodd-Frank as a winning scenario for them, since most of the public has the simplistic view that it was Wall Street that triggered the economic meltdown and Dodd-Frank was passed to stop them from doing it again.

The Senate could eliminate the filibuster rule with 51 votes, which would shift the political dynamic dramatically and render the Democrats fairly powerless. However, this is quite unlikely for three reasons. First, Senate Majority Leader Mitch McConnell, R-Kentucky, and several other Republican senators, support the filibuster as a matter of principle, seeing it as essential to ensuring the Senate truly operates as a deliberative body. Second, several other Republican senators do not want to find themselves left without access to the filibuster should they end up in the minority at some future point, left powerless by their own rule change. They see how the Senate Democrats are kicking themselves for eliminating the filibuster on all nominations other than for the Supreme Court. Third, a few Republican senators do not trust President Trump and find it convenient to leave the Democrats with the power to stop some of his proposals, rather than being forced to overtly oppose the President and incur the outrage of much of their base.

Despite the filibuster, a few legislative changes will still happen. First, there are a small number of issues with bipartisan support, most notably increasing Dodd-Frank’s $50 billion in assets threshold for systemic significance for banks. This could increase to somewhere between $150 billion and $500 billion. Second, there are a few issues that can be included within a budget reconciliation act. Such acts cannot be filibustered, but each item in them must be primarily about spending, taxes or the debt ceiling. Giving Congress control over the CFPB’s budget would clearly count and is high on Republican wish lists. Eliminating the orderly liquidation fund in Title II of Dodd-Frank is another—probably along with eliminating the rest of Title II. Beyond these items, there is not much else that would qualify to be included, nor are there many other bipartisan items.

On the regulatory front, President Trump’s appointees will control all of the key regulatory bodies within months. Congress has given a large grant of authority to regulators in the financial arena, since it is too complex an area for legislation to cover all the details. Regulation derives its ultimate authority from law and is constrained by it, but there is a great deal of room for large changes in approach by the new team. Even existing rules can be eliminated or dramatically altered as long as the new team follows the correct procedural steps. Further, regulators can easily change the direction of regulation that is under consideration but not yet issued.

It will be easier to tell where regulation will go once we know who the key appointees are. Thus far, very few of the new regulators have been named. This matters because, while they are all likely to share a deregulatory mindset, there are real differences of opinion on important issues. Most critically, a number of potential appointees believe that the leverage ratio should be the key capital requirement and should be set higher than current minimums. This would be a substantial blow for the largest banks. On the other side, a larger number of the potential appointees do not take this view, including Gary Cohn, who has already been appointed to the important role of Chair of the National Economic Council, where he will have an advisory role on these issues.

Overall, while there is considerable uncertainty, the broad contours of the likely changes to financial regulation and associated legislation under President Trump are fairly clear, if only because of the staunch opposition of the Senate Democrats to more dramatic changes to Dodd-Frank.

Til Schuermann Partner and Co-Head of Oliver Wyman’s Risk & Public Policy Practice
URL: https://www.brinknews.com/reality-check-how-much-financial-deregulation-can-president-trump-achieve/
Get ahead in a rapidly changing world. Sign up for our daily newsletter. Subscribe
​​