The Data Economy We Need: Local and Distributed 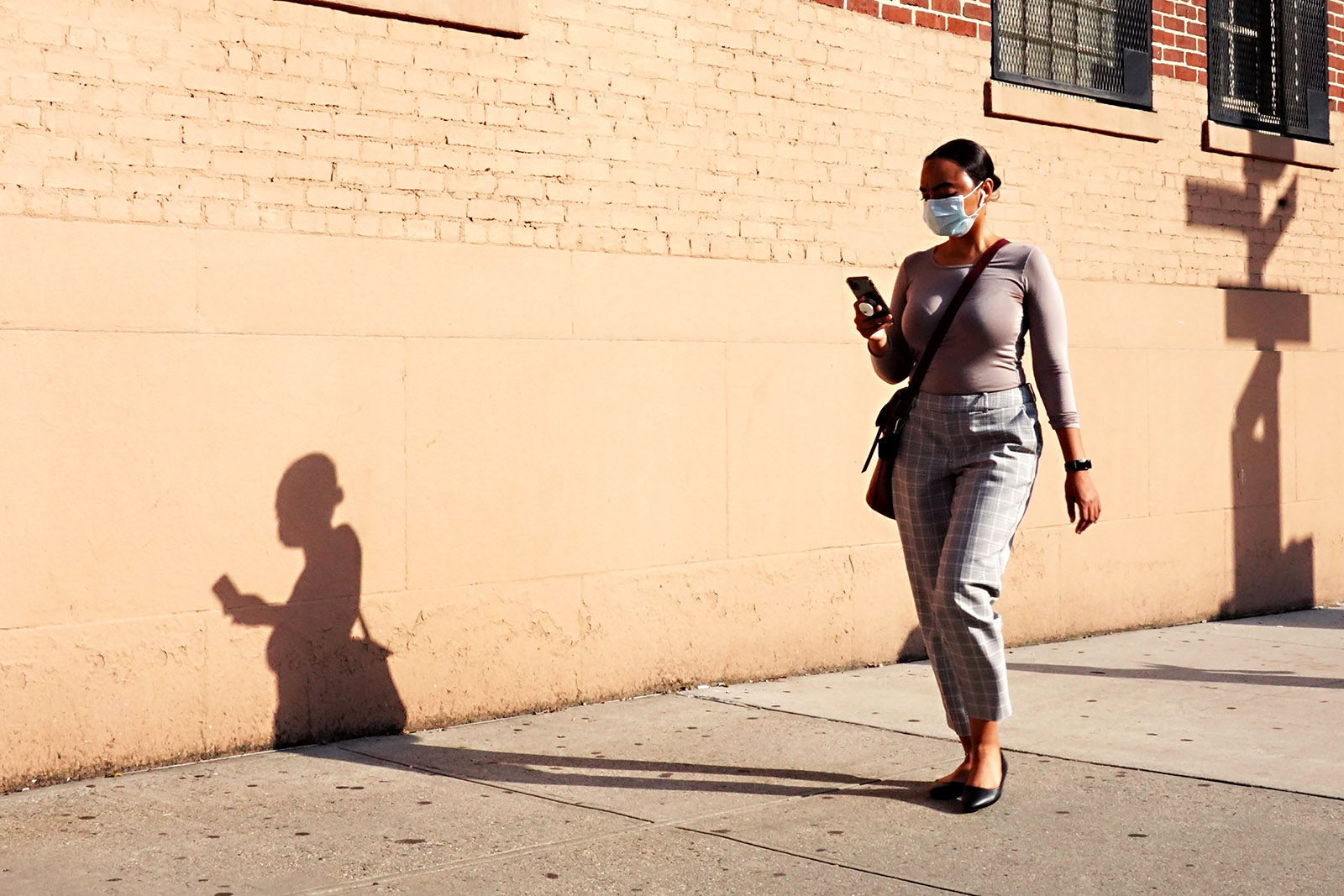 A person wearing a protective mask walks while looking at a cell phone in New York City.

Cooperatives can protect individual rights in the information age just as unions did in the industrialization era, says MIT’s Sandy Pentland.

Data has grown so pervasive as to seem to threaten human agency through the power of tech giants or an invasive state. Yet Pentland, a professor who co-created the MIT Media Lab and still runs its entrepreneurship program, hasn’t lost his belief in the power of data to improve human understanding and well-being.

“What motivates me is there’s always huge public good you can get from data, but it’s endangered by mishandling privacy,” he says. “So you have to focus on privacy to get the architecture right to capture the public good.”

Pentland discusses how distributed systems, in which information is not centralized in any one entity’s hands, can help society unlock the benefits of data while avoiding abuse in a conversation with Douglas J. Elliott of Oliver Wyman.

What Happened to Silicon Valley?

ELLIOTT: Silicon Valley used to be seen as an area of promise. Now it tends to evoke surveillance, misinformation, monopolistic power. What happened?

PENTLAND: Silicon Valley is set up to innovate, but it relies on society, markets, and government to push back and keep it a force for good.

We’ve been here before. Back in the 1870s, big banks came into being and exploited farmers in ways that provoked them to set up their own banks. That’s where credit unions and agricultural banks come from. The same thing happened with labor around 1900 and big industrialized firms. People pushed back and we got labor unions and labor law.

Now we have a couple of Silicon Valley guys that have taken over what’s a major means of production — data — just like money, just like labor. We need to balance the data needs of society. The value of data is not just money, it’s helping kids get educated, helping us stay healthy and have a sustainable future.

ELLIOTT: How do we strike a new balance?

PENTLAND: What’s different today is we can pull much more data and measure things in granular detail, like inequality. You can ask if a government policy is helping people or not. I expect to see that tax policy will be based on companies’ effects on society. Digital taxes that the OECD and France and others are proposing are first examples of that.

Governments are saying, “Well, you’re delivering the service, but none of the profit or pay sticks here. Without local taxes, how are we going to educate the next generation? We have to extract some tax to keep your customers alive.” There are debates about the gig economy, about who contributes to retirement funds. Those are the big issues, and data is at the core of them.

The Role of Data in the COVID Context

ELLIOTT: The pandemic has been a great test case for the use of data. What lessons have we learned?

PENTLAND: We have not been very successful at using data for management of the disease. We’ve been using models that are much too simple. The places where data did help is in the analysis of proteins and the virus, where you had data-sharing among academic units.

ELLIOTT: How do you feel about vaccine passports?

PENTLAND: One of the fundamental questions is, do you want to create a national registry of people who are vaccinated or have antibodies? I would say no, because one of things that goes along with that is contact tracing. Would we want the government to know everybody in the whole country and who they spend time with? Not in my country.

Managing data is too complicated for anybody to understand what the choices are — and the value comes from aggregates, not from individuals.

The way to handle this is analogous to using a credit card. Mastercard, for instance, doesn’t know how much money you have in your bank account, but they know to ask the bank and the bank says yea or nay. Similarly, when you present your COVID pass, the verification software should ask the place where you got your test or shot, and they’ll say yea or nay.

The Value of Data Cooperatives

ELLIOTT: You’re a big proponent of data cooperatives. Why?

PENTLAND: Data is much like money. Money is only valuable if you can get enough of it in one spot. So, we formed banks. They don’t own our money, but they can aggregate it, invest it, and they’re audited and regulated, so it’s safer than your mattress.

You need the same help to manage data. It’s too complicated for anybody to understand what the choices are. And the value comes from aggregates, not from individuals. So, you have to have a trusted way of doing that. Finance has this notion of fiduciary, somebody who acts on your behalf legally and is obligated to do the best for you. You need that sort of thing around data.

People say, “Wait a second, these data banks are going to sell my data?” No, you almost never need to move data. What you want is to be able to get insights from the data. So, if somebody wants to ask if the hospital is delivering good health care, you don’t give them people’s individual health data. You give them statistics about health in each neighborhood, and that’s enough to have a fact-based discussion with the health authorities. Similarly, if you’re talking about advertising, the fiduciary would be a buffer between you and the digital firm.

ELLIOTT: Would people have one data co-op to deal with the full range of requests, or do you think people might have, say, six different co-ops?

PENTLAND: They could easily have six because data about what I eat isn’t particularly interesting to figure out what I buy or where I work. People have personas. There’s the work me, the family me, etc., and they don’t need to be connected.

The proposals we have for digital identity are segmented because the correlations between them are very low. It’s a way of blocking abusive practices and building resilience in the system. You want to have a distributed system that holds your data and helps you do things. You don’t want that to be in any one person’s hands or in only one place to attack.

ELLIOTT: Are there examples of successful data co-ops, or are they more theoretical at this point?

PENTLAND: The short answer is not really, but there’s a huge amount of activity in this area. We’re working with co-ops to help local investment. We’re working with digital artists like musicians and so forth to be able to own their data and have a more efficient market for it. There’s huge excitement in the legal and regulatory domain about this, so this is coming. It’s part of the European Union’s 2021 guidance for regulation, and part of the California privacy law.

The form of those co-ops isn’t fixed. A bank could begin holding data for you. Why not, if you trust them? Phone companies are always interested. And then there are community organizations.

ELLIOTT: It’s interesting that a number of systems for digital identity around the world tend to be based around banks or telecoms, or a combination of the two.

PENTLAND: Usually it’s banks, telecoms, with some government. And as medicine becomes more plausibly digital, you’ll see that coming in, too. Those are probably the most important data sources for most people. And it’s good that these are multiple industries, because one database could be compromised, but those other two would still work.

A version of this piece was originally published on the Oliver Wyman Forum.

Derek Scissors Senior Fellow at American Enterprise Institute
URL: https://www.brinknews.com/the-data-economy-we-need-local-and-distributed/
Get ahead in a rapidly changing world. Sign up for our daily newsletter. Subscribe
​​