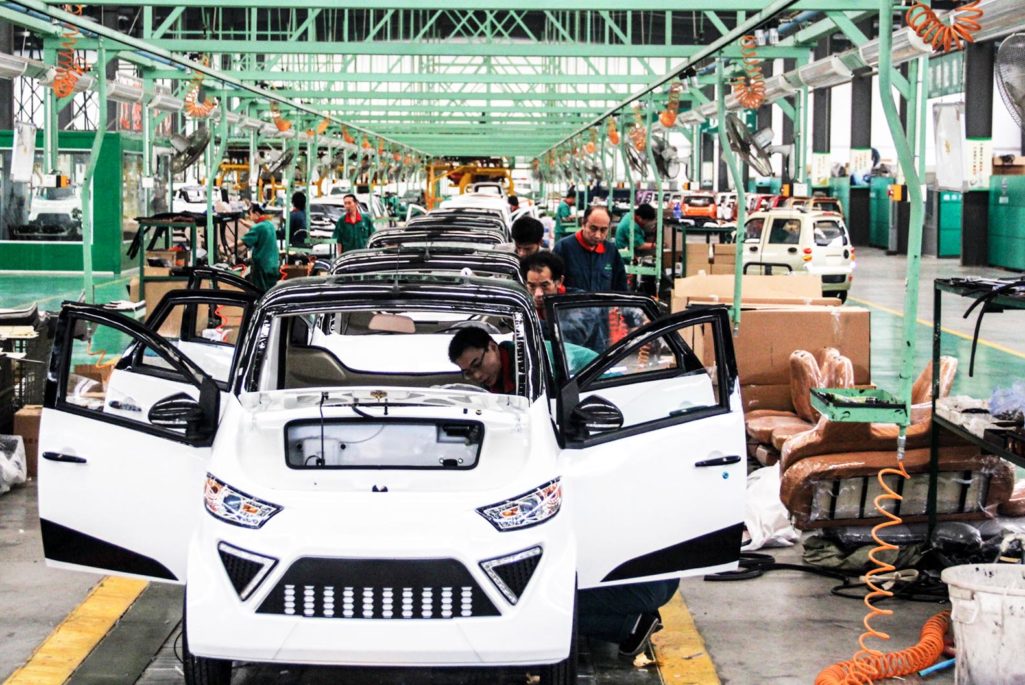 One of the defining characteristics of East Asian economic development since the Second World War has been the state’s active role in fostering economic growth through policies such as infant industry protection, import tariffs, export promotion and human capital development. In the first part of this interview, Ha-Joon Chang, who in a 2013 poll conducted by Prospect magazine was ranked as one of the three most influential economists in the world after Paul Krugman and Amartya Sen, spoke with BRINK Asia about the importance of industrial policy in a changing global economic scenario.

In this second part of the interview, Chang speaks to BRINK Asia about the relevance of the East Asian blueprint for development today, Chinese outbound investment, and the implications of Chinese economic restructuring on other developing Asian economies.

BRINK Asia: Do you think the typical blueprint (if it can be called that) of East Asian economic development from the 1950s-1980s is still as relevant for developing Asian economies such as Indonesia, Vietnam and others?

Ha-Joon Chang: In terms of the underlying principles, the old blueprint is still as relevant as it has ever been—the principle that you have to protect your infant industries not just with the use of tariffs and export promotion, but also public expenditure on R&D, provision of subsidies and foreign direct investment-related regulations and the like. That principle is timeless.

That principle is as timeless as sending children to school if you want them to be productive in adulthood. While providing these forms of protection to industries, states have to make sure the firms receiving protection invest in raising productivity by investing in machines, R&D and worker training. The more successful countries made sure that behind the protective barriers, the companies receiving protection made the greatest possible effort to raise productivity. Going back to the child analogy—it’s not enough to send children to school—they also need to study.

However, in terms of how it is actually done, there have been changes.

BRINK Asia: What are some of the key changes?

Ha-Joon Chang: Even among East Asian countries in the heydays of their industrial policy, there were differences in terms of how industrial policy was implemented. In Singapore, for example, the state built close ties with [multinational companies] and built [government-linked companies]; in Taiwan and Korea, all the banks were owned by the governments and they backed industries. Therefore, there were detailed differences, and similarly, different tactics are required today.

The first big change is the shrinkage in policy space because of the establishment of the World Trade Organization (WTO) and the implementation of various free trade agreements (FTAs). In an ideal world, developing countries shouldn’t really sign bilateral FTAs with advanced countries, but they have, so they now need to be cleverer in using policy tools. The provision of export subsidies is now out of bounds, for example. The second change is the increasing importance of the global value chain, which has existed at least since the Second World War. Korea, Taiwan and Singapore were the original subcontractors in the global value chain. These global value chains have become more intricate now and that means countries have to work more closely with MNCs, and in that regard, they need to learn from Singapore which had strategically allied with MNCs to advance its economy.

The third change is the rise of China as a large and formidable competitor. As such, if countries want to boost their exports, they need to think carefully about what the Chinese companies want to produce and export. While the rise of China is an obstacle in this sense, it is also an opportunity, as it gives Asian developing countries a bigger export market that is relatively more penetrable than advanced country markets, which require very high standards in terms of quality, after-sales service, etc., compared to the Chinese market.

BRINK Asia: In relation to China, one of the recurrent themes of the past couple of years has been that of outbound Chinese investment. While there has been some opposition to high-level deals, Chinese outbound investment has grown considerably. What factors are most responsible for this increase in outbound investment?

Ha-Joon Chang: Of course, there are a lot of different things resulting in outbound Chinese investment—there is a quest for strategic deals and also people looking to get money out of the country. However, it is a particularly interesting phenomenon because, when countries such as Taiwan, Singapore and Japan were at similar states of development as China is today, they couldn’t think of acquiring large foreign companies (maybe because they were smaller, or also because until the 1980s, many rich countries themselves were restrictive about acquisitions of their national firms by foreign companies).

I think the biggest reason for increased outbound Chinese investment is that Chinese companies want to access foreign technology. Acquiring businesses is the quickest way to acquire technology and that, in my view, is the driver behind the more significant cases of Chinese acquisitions of foreign companies. I think the notion that Chinese companies want to invest overseas because growth is slowing at home is being overplayed, considering that China is still growing several times faster than most other large economies.

Naturally, people are affected by it and a big deal is being made of it, but you need to look at things in perspective. If the amount China has invested overseas is considered in the context of total Chinese GDP, then it is a tiny amount.

BRINK Asia: Now China wants to rein in capital flight. How long may this last and what will the implications be for the global economy?

Ha-Joon Chang: Once again, mentioned earlier, you have to put this into perspective. At the moment, I think the net capital outflow of Chinese investment is only about $120-$150 billion per year and for China, this is a relatively small sum. China has foreign exchange reserves of $3 trillion, so even if total outbound Chinese investment is in the range of $150 billion, that still amounts to only about 5 percent of Chinese foreign currency reserves.

The Chinese government’s proclaimed aim is to clamp down on “fake” investments that are being made by businesses in order to take money out from China. Therefore, I think, even if it is trying to rein in outward investments, it is not going to wipe them out. As such, I don’t think these policies are going to have a very big effect in China, or on other economies.

BRINK Asia: There are attempts by China to rebalance and restructure its economy—what are the economic implications for the rest of Asia?

Ha-Joon Chang: First of all, I am not sure how quickly China can restructure its economy. Where the Chinese economy is today, is the result of three decades of particular policies—the emphasis on investment as a growing economy in order to expand its productive capacity. Second, consumption in China has not quite caught up with output—this is something we see in all rapidly growing economies where consumption finds it difficult to catch up with income growth. There is a self-feeding dynamic of rapid income growth, with consumption not being able to catch up, hence resulting in more investment which feeds into more growth. I am sure the Chinese government wants to change that, but it is not something that can be changed overnight.

That said, the direction China wants to head into is clear. But the impact on other Asian economies will differ. If China cuts investment, it will import less machinery, for example, and that will have a greater negative impact on Japan and Korea, which export a lot of machinery to China. At the same time, if it wants to consume more, then that may benefit developing Asian economies that are exporting products China may want.

Of course, there is greater pressure to move some of the more labor-intensive activities to countries with cheaper labor, and yes, China has invested a lot in other countries in Asia and Africa, but exactly what it means for these recipient countries depends on what industries we are talking of, what agreements are signed between the parties, and the like. Developing Asian countries need to pick up technology, improve productivity, learn management skills from these Chinese firms, because the investments that come in can also easily go when labor costs in these countries increase with time. Therefore, governments of developing Asian countries need to ensure that local companies pick up technology and that the domestic workforce upgrade their skills and improve productivity. At the end of the day, countries need to create their own capabilities to raise productivity and they cannot just rely on foreign investment as they look to grow their economies. For example, Sri Lanka has had export processing zones since the 1950s and has constantly promoted foreign investment—it should have become a wealthy country by now, if just foreign direct investments were enough.

Part one of BRINK’s interview with Ha-joon Chang can be read here.

Reader, Political Economy of Development at University of Cambridge

Ha-Joon Chang is a Reader in Political Economy of Development, University of Cambridge. He is a is a South Korean institutional economist specializing in development economics. He is the author of several policy books, most notably Kicking Away the Ladder: Development Strategy in Historical Perspective.