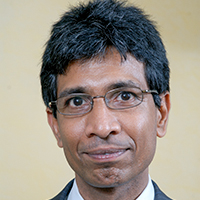 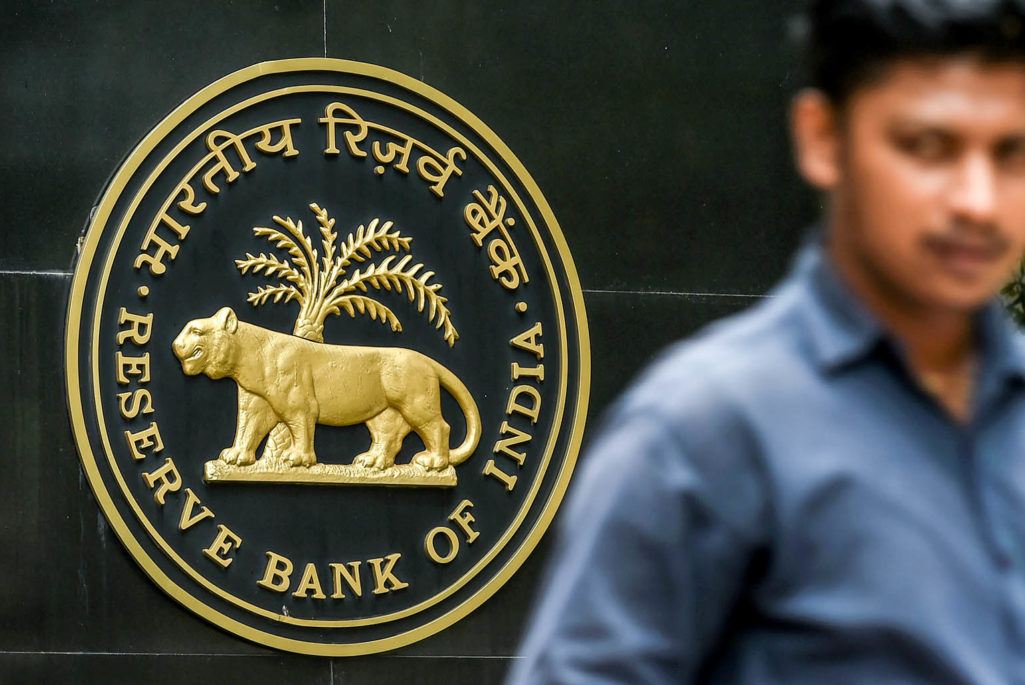 A pedestrian walks past India's central bank—Reserve Bank of India (RBI) logo in Mumbai on June 7, 2016. The Reserve Bank of India has held its key interest rate at a five-year low, citing inflationary fears in the world's fastest-growing major economy ahead of the imminent monsoon rains. In a widely expected move, RBI said it would keep the benchmark repo rate, the level at which it lends to commercial banks, at 6.5 percent.

India is caught in a lending gridlock, with prospects for companies and lenders marred by mounting debt and a slowing flow of credit needed to fuel the economy. Companies are increasingly defaulting on loans, which, in turn, pressures a tenuous banking sector that doesn’t have the cash reserves to both absorb the bad loans and lend money to move the economy forward. This puts serious pressure on India’s promising growth prospects.

These big companies are responsible for the crunch in India’s banking system. In fact, the share of the 100 largest borrowers’ contribution to the bad debt issue has increased from 2.9 percent to 19.3 percent between September, 2015, and March, 2016, illustrating their culpability in the building stress that plagues India’s credit market.

A larger number of bad assets has forced banks to set aside more money, kick-starting a vicious cycle—this makes a dent in their interest income and profitability; in turn, that further erodes their ability to lend to businesses as they are not able to generate profits to bolster their capital.

The public sector banks are especially vulnerable and more dependent on external capital infusion, given their reduced capacity to generate internal capital.

Will India’s aim of becoming a $5 trillion economy become a reality, given the problems across key economic sectors?

What This Means for the Indian Economy

Around 65 percent of the stress in India’s banking system is due to a few core sectors that otherwise constitute a large part of a healthy, growing economy—metal and mining, infrastructure and construction, oil and gas, power, and real estate and telecom. These sectors account for 53 percent of all refinancing requirements in India.

All of this leads to a key question—will India’s aim of becoming a $5 trillion economy in the next few years become a reality, particularly given the problems across some of its key economic sectors?

The comprehensive set of guidelines recently announced by the Reserve Bank of India (RBI) aims to address the problem of the lopsided role that bank loans have in corporate funding. It also seeks to improve corporate bond market liquidity and eke out a greater role for global investors, hence reducing Indian businesses’ exclusive reliance on banks to meet their financing requirements.

In the past three years, the RBI has also announced a host of measures to rein in the problem of bad debts—a Corporate Debt Restructuring mechanism to convert debt to equity, easing norms around the scheme for sustainable structuring of stressed assets, creating an empowered Joint Lender’s Forum for non-performing asset resolution, and nudging banks to sell non-performing assets to professionally managed asset reconstruction companies (ARCs) that could resolve the asset.

Asset Reconstruction Companies. ARCs are an important means of addressing the non-performing asset management issue that involves the aggregation of debt outstanding to various banks, the arrangement of capital, rightsizing of business and bringing in a strategic partner. This process requires a period of three to five years—the first few years to restructure and resolve the existing issues, and the remaining years used for consolidation and growth.

ARCs have worked well to absorb the non-performing asset sales of banks and assist them in the process. Several large projects, the values of which would have been continuously eroded if they remained as non-performing assets on the books of their respective lending banks, have been sustained and are in a consolidation phase.

Going forward, these ARCs will also need to have operational turnaround capabilities—which would form an important part of growing any stressed asset investing business.

Strengthening the corporate bond market. The RBI has proposed further guidelines to all large companies to compulsorily tap the corporate bond market to raise capital beyond a threshold limit. Its recent reforms—Partial Credit Enhancement and the Large Borrowers framework—further aim to enhance the quality of credit growth, which reduces future stress loan creation in the process.

Foreign portfolio investors can trade these bonds directly—resulting in easier and cleaner structures to invest in. The implementation of the bankruptcy code will also help to create more comfort for investors and possibly lead to an even deeper bond market. Strengthening the bond market will create another avenue to raise capital for project financing and will result in more rational pricing.

Growing the private debt market through investments in bonds. The private debt market in India is still evolving and growing, but with very few players having experience across many cycles and even fewer with established track records. While a host of domestic and international players have raised capital for debt funds across strategies, how successful they will be is not clear yet.

A Long Road Ahead

Coming out of this situation will be an overwhelming endeavor for a few companies that are faced with an increasing volume of non-performing assets and/or high levels of debt. But as the Chinese philosopher Lao Tzu said: “A journey of a thousand miles begins with a single step.”

The first difficult step in that direction seems to have been taken already.

Venkat Ramaswamy is executive director of Edelweiss Financial Services. Among his responsibilities, he also co-heads two of Edelweiss’ most strategic businesses: Distress Assets & Resolution business and Global Asset Management, while continuing to play a mentorship role with the Edelweiss Investment Banking business.