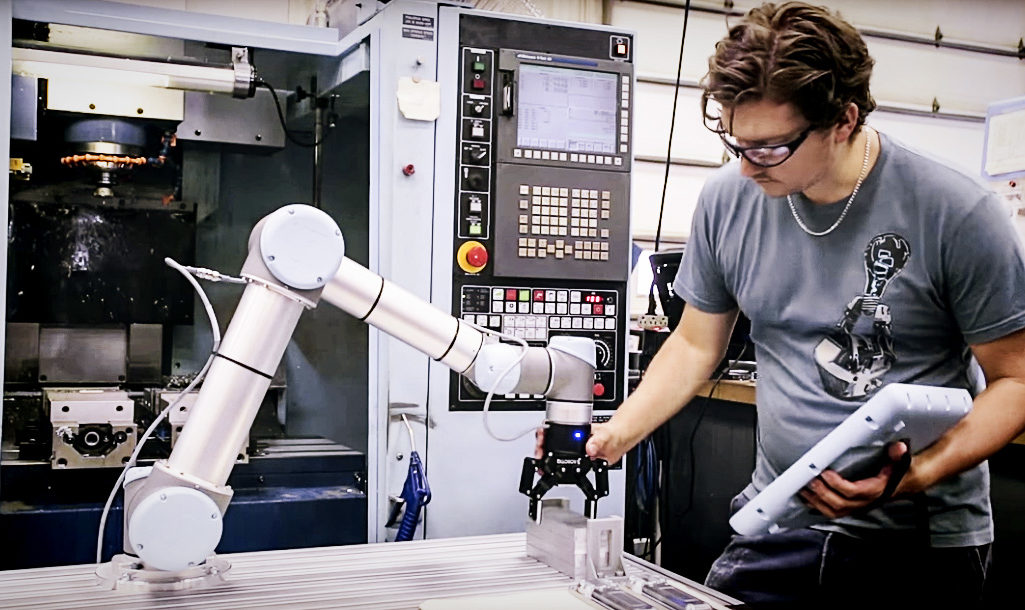 Today’s industrial robots are the brutish, unthinking forerunners of the more ominous science fiction versions seen in movies such as Terminator, Blade Runner and most recently, Chappie. Although Hollywood’s ideas of robots are generations ahead of today’s models, they all have one thing in common: they can be dangerous to humans.

However, robot manufacturers have spent enormous amounts of effort to produce models with the best possible safety levels and the record indicates they’ve been successful. The U.S. Occupational Safety & Health Administration (OSHA) lists 37 deaths attributed to robots between the years 1984 and 2013. That figure compares with the 4,585 total U.S. workplace fatalities in 2013 alone.

Back in 1961 when General Motors introduced the first industrial robot to its production line, humans were at high risk inside a robot’s work zone. As the robots became more refined, it was easier for manufacturers to introduce more devices that could monitor a robot’s surroundings. Devices such as vision and force sensing were introduced so that the robots could see and feel what was around them.

In recent years we have seen the emergence of collaborative robots that are easier to program and that can work alongside humans.

The term “collaborative robots” usually refers to power and force limited robots that are all equipped with force sensing. This means that in any situation they can feel an abnormal force and stop their motion immediately. Although they still cannot avoid a crash, they can reduce its impact and avoid certain types of incidents, like crushing accidents. This makes them safer for human-scaled operations, since they can work alongside humans and, in the case of an accident, will not severely injure anyone.

The risk associated with collaborative robots is still a matter of debate in the robotic world.

There is a thin line between a safe and unsafe robot. The risk associated with collaborative robots is still a matter of debate in the robotic world, especially for end users. Since collaborative robots are relatively new to the market (2009 for Universal Robots), there are no clear guidelines or references in terms of safety. And since these robots are working alongside humans, there is a whole new level of complexity in terms of risk assessment.

Risk assessments must to be done with any type of industrial machine, whether it is the classic industrial robot or the newer “cobot.” However, it is especially important for collaborative robot use since they operate autonomously without any type of shield or guarding. Such risk assessments will greatly reduce the likelihood of a robot/human impact injury.

Most robotic safety requirements are taken from standards that are specific to industrial robots. The robotic industry is currently working on a standard specific to collaborative robots that will give clear guidelines on the amount of force, pressure, and energy allowable for safe human interaction.

The term “robotic application” is important, because while the robot itself may be safe the entire robotic cell has to be considered regarding its particular risks. If the robot has a needle as an end-of-arm tool, it can still be dangerous for close proximity users. This is why all the aspects of a robotic cell have to be taken into consideration when doing a risk assessment. It should also be noted that industrial robots could be used for collaborative applications, under certain circumstances.

Integrating Cobots in the Workplace

Collaborative robots are probably the easiest type of robot to integrate into a workshop. Doing so requires minimal programming knowledge, does not require additional safety devices and they can easily be fixed on a table.

When performing a risk assessment, it’s important to check regional standards or directives. For example, in Canada, you will need to account for the safety requirements from the Canadian Standards Association, and in Europe, robot safety is divided into four different categories; industrial, personal care, service, and medical. In the U.S., robot safety falls under OSHA guidelines, however there are no specific standards for the robotic industry.

Global companies, operating multiple plants in different countries, will have to account for a range of different standards in terms of safety. This often results in a longer integration process.

A risk assessment will point highlight areas where robot speed will need to be reduced or the workspace reconfigured; however, in some cases external safety devices aren’t needed. Some workshops have put lights around a collaborative robot to demonstrate it is working or retractable belt barriers. Financially, this is much more efficient compared to the several thousand dollars of full fencing needed for industrial robotic parks.

Although collaborative robots are still new to the industry their applications are multiplying exponentially and more workshops are introducing them. Although safety requirements are not fixed yet, several countries with stringent safety regulations, such as Germany, have adopted collaborative robots in their production lines with excellent results.

Tom Friedman Author, Reporter and Columnist for The New York Times
URL: https://www.brinknews.com/risk-assessment-for-safe-collaborative-robots-still-needed/
Get ahead in a rapidly changing world. Sign up for our daily newsletter. Subscribe
​​