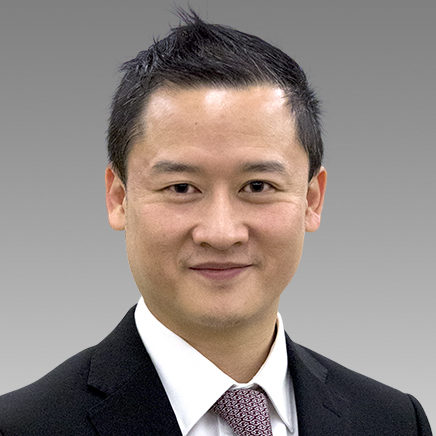 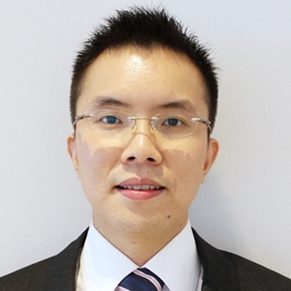 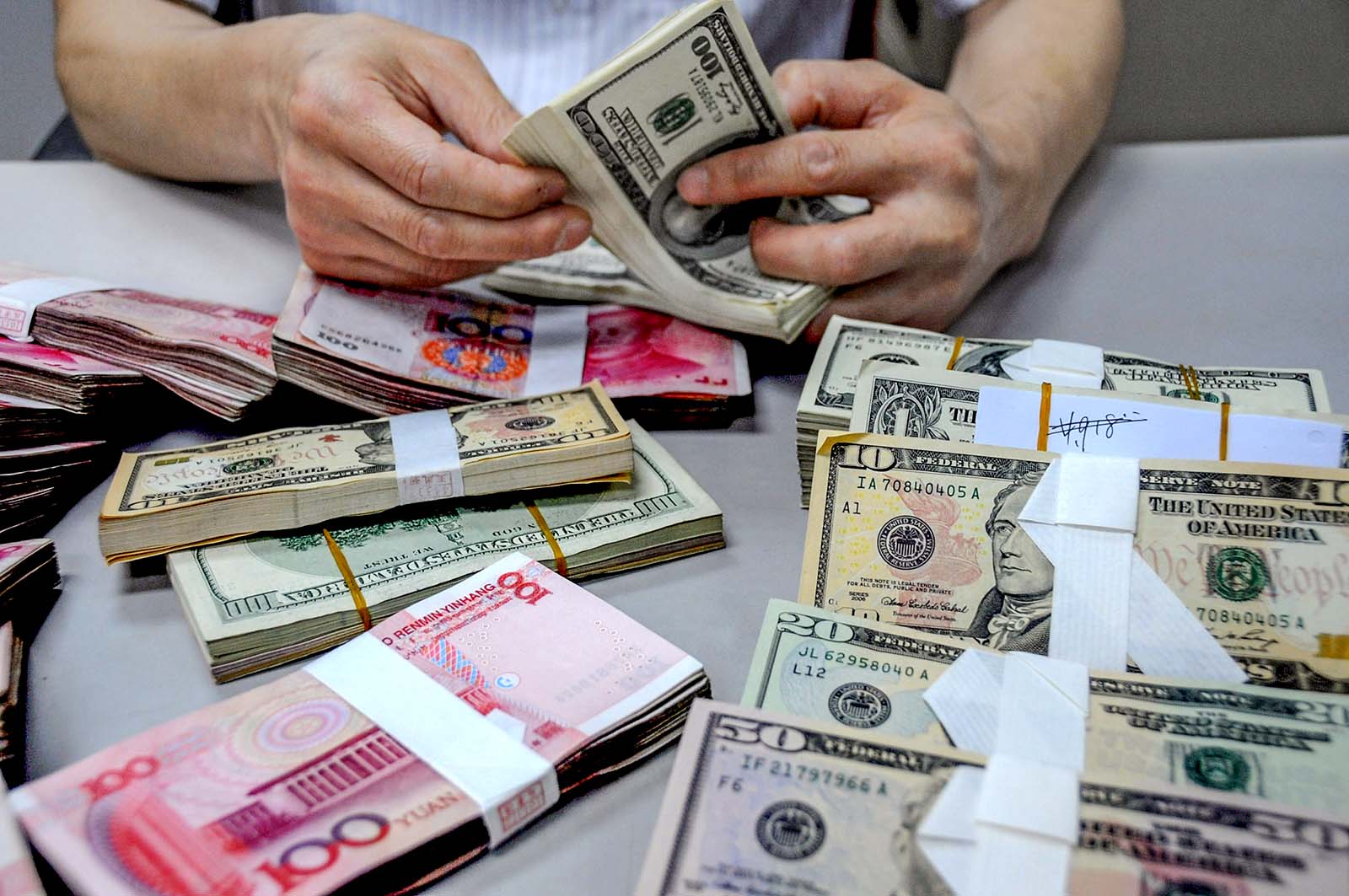 A teller counts American and Chinese currencies at a bank in China. The internationalization of the RMB has been a key policy focus for the Chinese government.

This is the second story in a weeklong series on topics related to China. The first installment can be read here.

The internationalization of the renminbi (RMB), China’s official currency, has been a key policy focus for the Chinese government, particularly over the last half-decade. Given that China seeks to boost trade and investment and to establish its influence as a global economic power, more widespread use of the RMB is an understandable objective.

However, this has not been an easy undertaking, as the authorities have had to walk a fine line between the internationalization of the RMB and continuing to exercise a high degree of control over capital flows in and out of the country.

The Belt and Road Initiative To Support RMB Internationalization

In the years to come, BRI-related trade and financing settlements will likely boost the demand for RMB in the international market. Moreover, the Chinese government is also encouraging domestic financial institutions to conduct overseas funding business in RMB when providing financial services to BRI-related projects in an attempt to boost its currency.

To facilitate the use of RMB in cross-border trade settlement and investment, China has signed bilateral currency-swap agreements with some BRI countries including Thailand, Malaysia and Singapore. Additionally, the People’s Bank of China (PBoC) has named RMB-clearing banks in an increasing number of countries, and certain countries such as Malaysia, Thailand and Cambodia have adopted RMB as an official reserve currency. These efforts signal China’s strong desire to push forward with RMB internationalization.

Nomura’s Asia foreign exchange strategy team maintains that the BRI will be beneficial for China’s push toward RMB internationalization (yuan financing for projects) and will allow China to offload some of its excess manufacturing capacity. Moreover, the BRI should support China’s medium-term growth sustainability prospects and bolster the view of longer-term RMB appreciation. Overall, beyond the recent signs of a stabilization of China capital flows, the long-term internationalization or demand for RMB is recovering again.

The Balance Between Structural Outflows and Inflows

After the surprise RMB foreign exchange devaluation on August 11, 2015, we noted that structural outflows—led by the Chinese domestic private sector diversification into foreign assets—were a medium-term risk for RMB and its internationalization prospects, as the authorities implemented capital controls to stem outflows.

Although local outflows continued in the second half of 2017, the pace slowed. In particular, net FDI inflow into China increased to $66.3 billion in 2017, up from a deficit of $41.7 billion in 2016, partly due to tightening regulations on outward direct investment over the past couple of years.

Overall, while we expect consistent local demand for foreign assets, the pace is likely to remain contained if China is able to sustain a stable growth environment and avoid significant local market volatility amid its financial deleveraging efforts. This is a challenging task, but one that China has managed to achieve so far, as reflected by the improvement in net capital flows, with headline FX reserves rising by $129 billion in 2017 as compared with the decline of $320 billion in 2016, albeit partly due to valuation effect.

Indeed, in our view, the ability of the government to sustain relatively stable growth is leading to renewed foreign interest in owning RMB-denominated assets, supporting its internationalization drive. This is reflected by the rise in foreign purchases of bonds and equities, signs of a bottoming of offshore renminbi (CNH) deposits and an increase in RMB trade settlements.

The risks of trade protectionism and financial market volatility are likely to be only temporary setbacks to what looks like an inevitable positive RMB outlook.

The foreign ownership of Chinese equities and bonds has been increasing—this too is boosting the RMB. Based on PBoC data, foreign investors cumulatively purchased $58.5 billion in RMB bonds in 2017, which resulted in a 47.5 percent increase in foreign bond holdings from end-2016. Of this, IMF COFER data shows that reserve managers bought $32 billion in 2017. Therefore, most of the remaining $26.5 billion was likely bought by foreign asset managers.

Separately, other factors that will cause strong bond inflows in the future include central banks’ or sovereign wealth funds’ portfolio diversification and the inclusion of China in large global bond indices.

Indeed, this is already happening. The Bank of France and Bundesbank (Germany) have recently highlighted their diversification into RMB, and we believe this is just the start of a medium- to long-term trend among global central banks. The announcement that RMB-denominated government and policy bank securities will be included in the Bloomberg Barclays Global Aggregate Index from April 2019 should also lead to passive fund inflows from real money investors. There is also a likelihood for the inclusion of RMB-denominated assets in the JPMorgan EM GBI index this year, which will also translate into passive inflows, while scope for China’s inclusion in the Citibank World Government Bond Index has also increased.

Foreign equity inflows have also been strong, with net inflows of $64.8 billion in 2017, although ownership remains low at around 2.1 percent of total market capitalization (or $178 billion) and a broadening of index inclusions beyond the MSCI’s initial partial A-share inclusion would imply additional equity inflows over the medium term.

Demand and Use of RMB Is on the Rise

Other signs of broadening demand for RMB internationalization are reflected in the stabilization of CNH deposits as well as the increase in trade settlement in RMB.

RMB trade settlements have been rising after hitting a low of 12.5 percent of China’s total trade in December 2016 to 14.6 percent in April 2018. This figure is expected to rise further with numerous Chinese organizations highlighting that they plan to conduct more trade transactions in RMB, instead of U.S. dollars. In addition, China is also pushing for RMB oil trade settlement (possibly with Russia and Angola, initially), which could further increase RMB internationalization.

Risks to a Positive Outlook on RMB

From an RMB internationalization perspective, the risks stem from the possibility of severe trade protectionism. The Chinese government’s deleveraging drive could also lead to financial market volatility and an acceleration of local capital outflows. In such a scenario, the authorities would likely enact measures to reverse the sources of instability and enforce measures to limit capital outflows.

However, this would likely only be a temporary setback to a positive RMB outlook, as a stronger RMB is likely to be an eventual result of the government’s long-term goals of internationalization.

Another risk stems from the likely gradual liberalization of the capital account to allow for outflows—such as the Qualified Domestic Limited Partnership. Other measures that allow for greater outward direct investments, such as a further increase in the Qualified Domestic Institutional Investor quota, could also emerge, although these are only likely in an environment of an appreciating or stable RMB.

Wee Choon Teo is a Northeast Asia FX strategist at Nomura, based in Singapore. Prior to this, he was at Lehman Brothers in a similar FX strategy role.