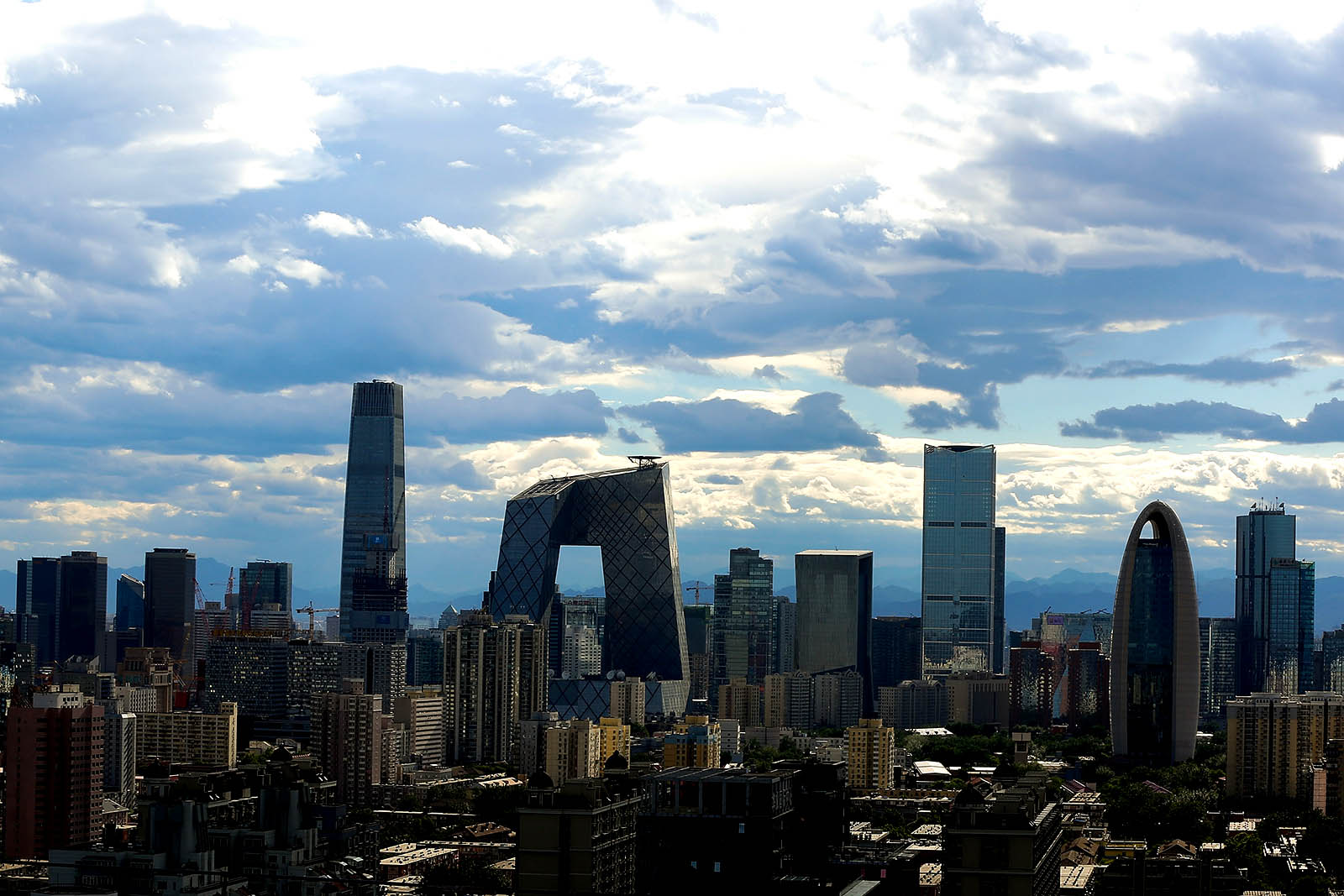 The central business district in Beijing. Six of the seven largest fintech companies are from Asia, where the most prominent hubs—Singapore, India, and China—are becoming centers of global fintech innovation and adoption.

The financial technology market in Asia-Pacific is witnessing a rapid boom as the financial sector shifts to a new age of technology and transparency propelled by innovation and financial inclusion.

Fintech has already revolutionized how we raise money for business projects, how we transfer money abroad, and how we manage and plan our finances. The emergence of innovative solutions such as next-generation payments, peer-to-peer lending, security and biometrics, blockchain, and artificial intelligence have helped automate and streamline processes and have enabled financial inclusion with faster, cheaper, more convenient and secure delivery of financial services.

If used wisely, fintech could potentially provide the glue needed to get finance and the real economy to work efficiently to catalyze sustainable development.

Asia is driving fintech worldwide. Over the past two years, fintech financing in the region has more than doubled from $5.2 billion to $11.2 billion, contributing nearly 43 percent of the $23.2 billion in global fintech investment.

Six of the seven largest fintech companies are from Asia, where the most prominent hubs—Singapore, India, and China—are becoming centers of global fintech innovation and adoption.

The boom in investment also reflects an underserved market demand and faster adoption of technology. It took two years for peer-to-peer transaction volume to exceed $5 billion in China, compared to four years for the U.S. China-based Alipay, Lufax, and ZhongAn Insurance have become world-famous for their disruptive business models.

Ant Financial is using the Alipay payment application to serve Chinese tourists around the globe and is establishing its presence outside China by buying a share of a local business and putting Ant Financial’s technology into the back end to create an e-wallet, with the domestic partner doing the marketing.

To tap into the enormous opportunity, WhatsApp is foraying into the payment space, and Facebook is acquiring e-money licenses. Alibaba and Tencent are investing in fintech companies all over Asia, while Amazon is looking for new ways to provide financing for small- and medium-sized enterprises who trade on its platforms, as well as consumer loans to its customers.

Despite all this investor interest, fintech is still a relatively new concept. It would be wrong to assume that its adoption is occurring uniformly across the Asian region.

Asian policymakers have been quick to recognize the unfolding opportunities and are developing smart policies to drive the fintech revolution. Recent initiatives by several governments in the region have demonstrated their commitment to the sector by supporting fintech investors and innovators in advanced mobile payment technology, alternative lending, and AI-driven solutions.

Thailand’s national e-payment system aims to make the country cashless. The Monetary Authority of Singapore has launched the National Research Foundation Fintech Office as a one-stop virtual entity to support all fintech investment. Other countries in the region are trying to catch up with the global trend.

On regulation, the popularity of regulatory sandboxes across the region signals an understanding by financial sector supervisors that new technologies often require new regulatory approaches.

Six of the seven largest fintech companies are from Asia, where the most prominent hubs—Singapore, India, and China—are becoming centers of global fintech innovation and adoption.

Bank Negara Malaysia, the Indonesian Financial Services Authority, the Bank of Thailand and the Bangko Sentral ng Pilipinas have all instituted sandbox initiatives that support innovation and allow regulators to calibrate regulatory, policy, and societal impact of new products before broader adoption.

Among fintech startups in Asia, there is low level of customer adoption, which clearly shows the product hasn’t been developed involving potential users. Most startups are focusing on local problems and not thinking big in terms of scaling their business to a global level.

Governments are willing to provide funding for nascent fintech enterprises to spur innovation. For instance, fintech entrepreneurs in Malaysia can tap into the Cradle Fund for equity financing. In China, more advanced fintech startups have received financial support from state-owned enterprises, for example, Ant Financial’s support from the China Development Bank and the China Investment Corporation—China’s sovereign wealth fund.

As Necessary as Roads and Bridges

ADB is in the early stages of digital investment and is open to piloting cutting-edge technology such as AI and virtual reality.

The Mekong Business Initiative, a joint venture between ADB and the Australian government, is working with fintech initiatives in Cambodia, the Lao People’s Democratic Republic, Myanmar and Vietnam. It has launched Kiu, a new e-commerce platform to help SMEs in the subregion to gain access to developed markets. Kiu represents a game-changing union of technology, private sector ingenuity, and overseas development assistance to propel economies forward.

In partnership with Oradian, the Asian Development Bank is also supporting Cantilan Bank to pilot cloud-based core banking technology in the southern Philippines.

These examples demonstrate how digital services can unlock financial opportunities for the unbanked and underserved segments of the population.

The clock is ticking for Asia to assume global leadership in fintech. Collaboration between governments and fintech industry players will be vital to navigate the complex ecosystem of international financial regulations, security protocols, and payments infrastructure.

Forward-thinking governments need to use a range of incentives such as fast Internet, high mobile penetration, relaxed visa rules, and tax incentives to attract fintech startups to Asia’s unique marketplace and culture.

This could lead to the creation of a Silicon quadrilateral between Seoul, Beijing, Singapore, and New Delhi—a true Asian avatar of Silicon Valley.

With over two decades of experience in this area, Mr. Chatterjee is responsible in his current role for leading financial sector development initiatives in the areas of insurance, private pensions and contractual savings, and financial inclusion. Previously, he worked at the Bank for International Settlements in Basel, Switzerland, and the Insurance Regulatory and Development Authority in his native India.

Til Schuermann Partner and Co-Head of Oliver Wyman’s Risk & Public Policy Practice
URL: https://www.brinknews.com/shaping-asias-fintech-future/
Get ahead in a rapidly changing world. Sign up for our daily newsletter. Subscribe
​​