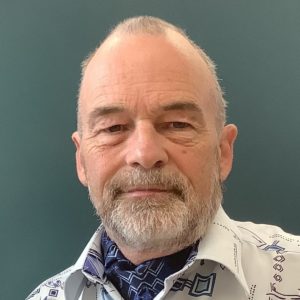 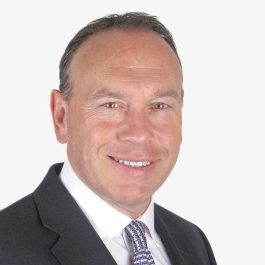 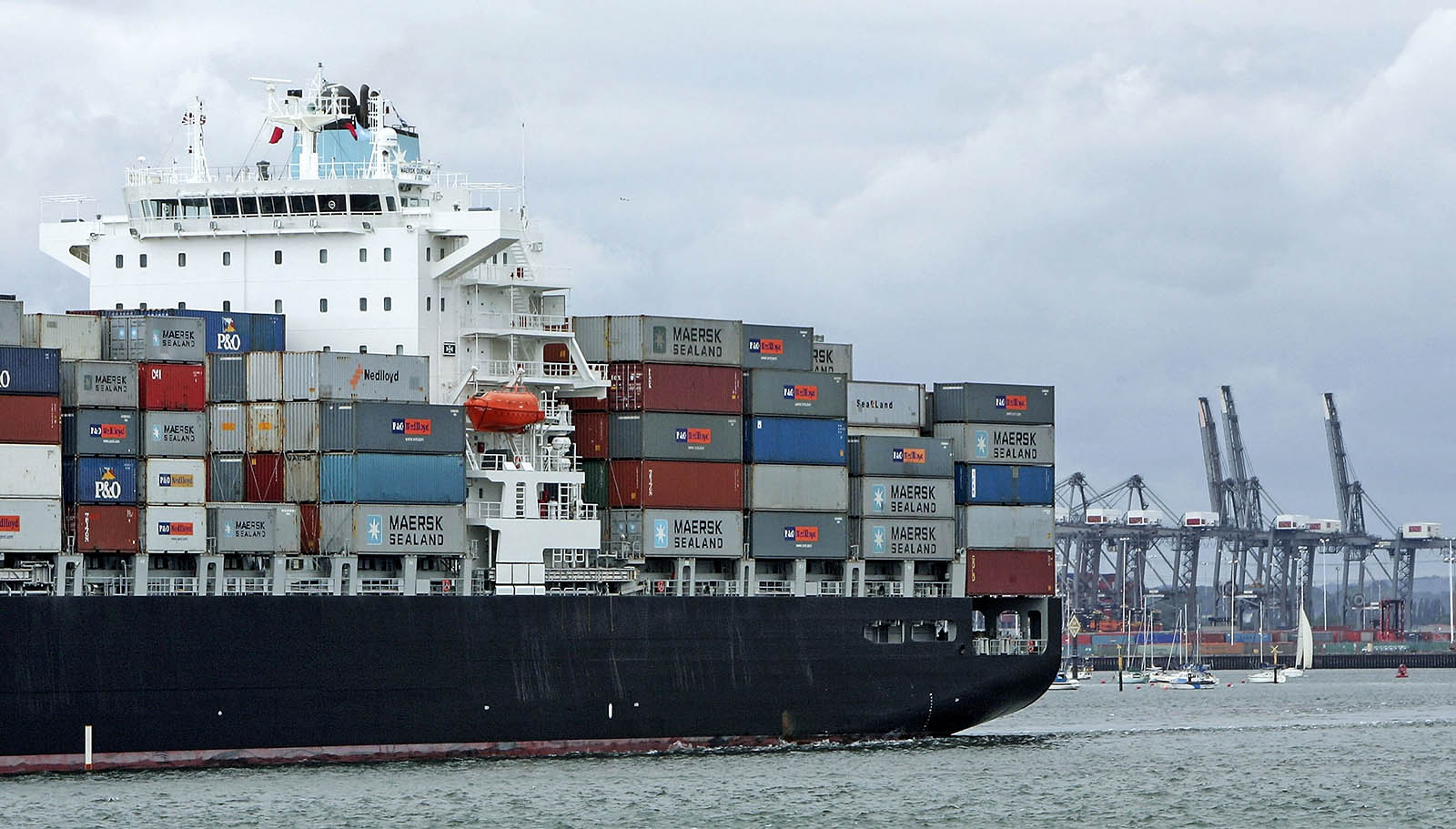 A container ship carries cargo as it leaves the docks in Southampton, England. Shipping’s regulator, the International Maritime Organization, has set a target of at least halving shipping’s total annual GHG emissions by 2050, compared to 2008.

The global marine industry is increasingly focused on reducing its carbon footprint. In fact, over the next 10 years, the only issue seen as having a greater impact is a potential global financial crisis, according to findings from the Global Maritime Issues Monitor 2019, compiled by the Global Maritime Forum in partnership with the International Union of Marine Insurance and Marsh JLT Specialty. The marine industry aims to halve its carbon footprint by 2050. But the technology is missing to do this.

The marine industry emits around 1 billion tons of carbon dioxide per year, accounting for almost 3% of global emissions. Growing demand for shipping could see its emissions increase to 1.7 billion tons by 2050, unless things change — and quickly.

Shipping’s regulator, the International Maritime Organization (IMO), a UN agency, has set a target of at least halving shipping’s total annual GHG emissions by 2050, compared to 2008.

From stem to stern, change is afoot among shipowners. Higher-quality paints are being used to provide a smoother hull, meaning less energy is used on a voyage. Modified propellers, bulbous bows, and better-performing engines are being introduced. Some shipowners have increased fleet capacity so each ship can take more cargo, while others have introduced slower speeds when coming into port areas at night.

But these changes will not be enough.

Time for these changes is of the essence. Commercial maritime vessels are built with a life expectancy of between 20 to 30 years, so any new vessel would ideally be run on zero-carbon fuels.

At the least, new vessels should have the potential to be run on zero-carbon fuels with minimum retrofitting when the price of these fuels comes down, although this may not be straightforward, as retrofitting compliant systems into existing vessels could prove prohibitively expensive.

The Global Maritime Issues Monitor 2019 found that the shipping industry considers these to be the greatest barriers to decarbonization:

This is no surprise: Currently, these three things do not exist — certainly not on a cost-effective basis that would be scalable to 50,000-plus ships.

Liquefied Natural Gas Is Not the Answer

Liquefied natural gas (LNG) is unlikely to be the solution. Some shipowners are buying new vessels with LNG engines — primarily to achieve the IMO’s 0.5% mass by mass limit on sulphur emissions that comes into force on January 1, 2020. But LNG only reduces ship carbon dioxide emissions by 9% to 12%, according to the Energy Transitions Commission. Hardly the hoped for 50% reduction.

Even as a “transition fuel,” there could be a snag: Investing in LNG infrastructure at ports could make it harder to switch to zero-carbon fuels later, unless it could be adapted for other alternative fuels. There is also concern over methane leakage from LNG facilities, which has a global warming potential some 30 times higher than carbon dioxide.

Biofuels can be used in existing engines and could cut ship emissions by 60% to 70%. However, much depends on the sustainability of the biomass from which they are produced, and they would still produce local air pollution. Shipping companies may also find themselves competing for biofuel supplies with aviation.

So what about electrically powered ships?

The future goals around carbon dioxide and other greenhouse gases require major breakthroughs in fuel and propulsion technologies.

Electrical power will require batteries that are made using rare earth metals, the limited global supply of which will quickly be exhausted if electrical batteries are widely adopted to power the maritime industry. And considerable technological advances will be required before battery sizes reduce to viable proportions.

More immediate concerns have been raised by the recent fire and gas explosion on a Norwegian diesel-electric ferry, which prompted a warning from the Norwegian Maritime Authority about the dangers associated with lithium-ion battery systems.

Sail power could help, but the technology does not exist for it to generate enough power to drive a large, commercial cargo vessel around the world.

Ammonia and hydrogen could be part of the solution, but are not widely available as ship fuels. Both would require refineries and ports to create fueling infrastructure around the world. And to be genuinely zero carbon, the fuels would need to be manufactured using renewable energy.

Additionally, a serious drawback to using hydrogen could be the amount of space on a ship that would have to be sacrificed to store it in liquefied form with all the insulation around the fuel tanks that would be necessary.

Put simply: The future goals around carbon dioxide and other greenhouse gases require major breakthroughs in fuel and propulsion technologies.

In addition to be widely adopted across the maritime industry, any zero-carbon solutions must be safe, politically supported and commercially viable compared with traditional fuels.

Close collaboration between all parts of the energy system will be required. Regulation could possibly force the pace of innovation. For example, without IMO 2020, no one would have thought of using scrubbers, which are now a central part of the drive to reduce sulphur emissions.

On the other hand, if regulation is too onerous and there are not practical, cost-effective ways of being compliant, might shipowners simply turn off the engines?

Aside from regulation, other forces might also help to compel innovation. Take funding: The ship-financing community’s Poseidon Principles requires shipowners needing finance for new vessels to provide information on their fleet carbon dioxide emissions. This includes a thinly veiled future goal for financiers that operators with higher carbon dioxide emissions across their fleets will find it more difficult to obtain finance.

However, this “carrot and stick” approach will only significantly affect the shipping community’s mindset if technology to reduce carbon emissions is available and has been proven to work. And shipowners will also need to be convinced that there will be a regulatory “level playing field” globally, so that competitors in other countries will not gain an advantage if standards are not applied internationally.

So what’s the solution? Currently, nobody quite knows. The industry agrees, however, that large-scale change is required — and there’s no time to waste.

Stephen Harris is the principal marine insurance technical trainer within Marsh Specialty’s marine practice. He also sits on the industrial advisory board of the DREAM (Data, Risk & Environmental Analytical Methods) Centre for Doctoral Training set up by Birmingham, Cambridge, Cranfield, and Newcastle universities in the UK.

Global Head of Marine and Cargo at Marsh Specialty

Marcus Baker is the global head of marine and cargo at Marsh Specialty, and also a member of the advisory board for the Global Maritime Forum. He has more than 35 years’ experience in the industry, and has been instrumental in developing innovative marine solutions.

Mark Campanale Founder and Executive Chair of The Carbon Tracker Initiative
URL: https://www.brinknews.com/shippings-uncertain-voyage-to-zero-carbon/
Get ahead in a rapidly changing world. Sign up for our daily newsletter. Subscribe
​​