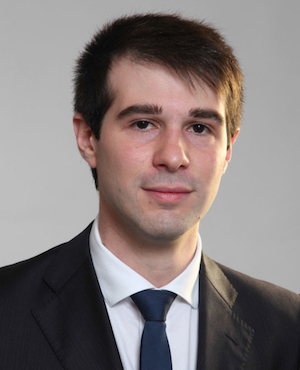 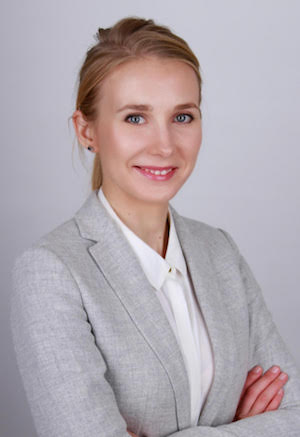 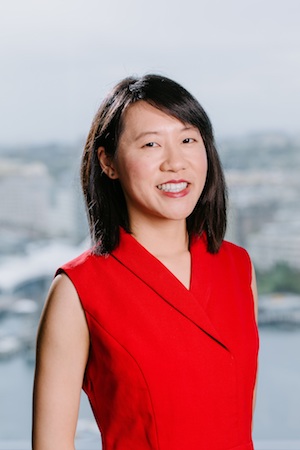 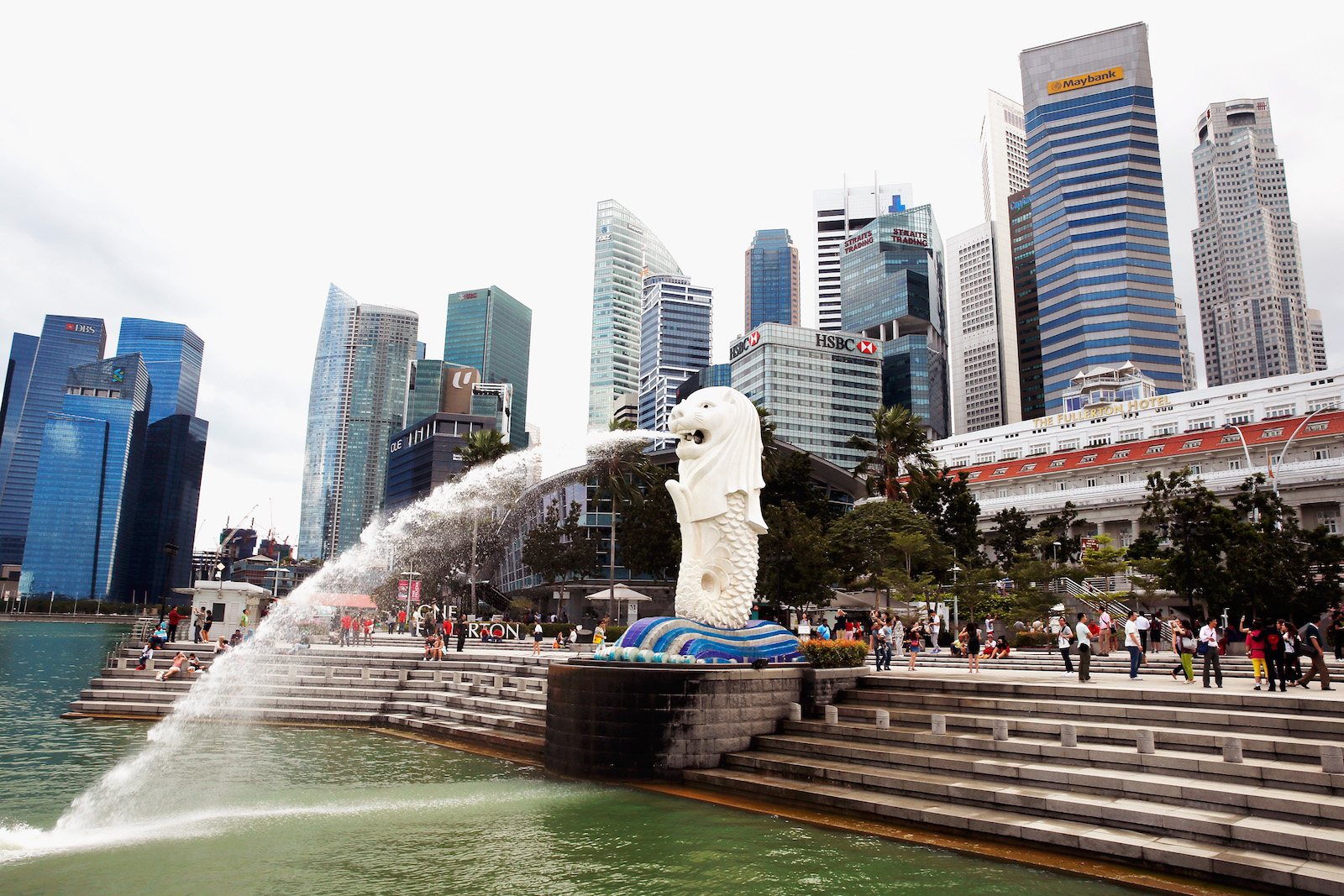 A view of the Merlion and the Singapore financial district. Significant climatic changes in Singapore have already been detected.

Our planet’s climate is changing due to the increasing concentration of greenhouse gases in the atmosphere, and the local climate in Singapore is no exception. Greenhouse gases—primarily carbon dioxide and methane—trap heat inside the atmosphere and are causing a profound transformation of Earth’s climate.

Significant climatic changes in Singapore have already been detected. According to the latest Annual Climate Assessment published by the Centre for Climate Research Singapore (CCRS), annual mean temperatures have risen by 0.25 degrees Celsius per decade in the past 60 years, at a pace faster than the global average warming of 0.12 degrees Celsius per decade detected over the same period. Ten of the last 15 years have been among the top-12 warmest in Singapore’s history since reliable records began in 1929. The frequency of very hot days has increased and that of cool nights has decreased. According to data made available by researchers at the National Technical University, the sea level in the Straits of Singapore has been rising at a rate of 2.9 millimeters per year since 1984.

The CCRS’s Second National Climate Change Study examined the impacts of future climate change in Singapore by resorting to both global and high-resolution regional climate models. The document highlights that by year 2100, average annual temperatures will see an increase between 1.4 degrees Celsius and 4.6 degrees Celsius, and the rise in sea level will be between 0.35 and 1.02 meters, mainly depending on future greenhouse emission rates. The study also identifies changes in precipitation, with an increase in the frequency and intensity of extreme rainfall events. Additionally, the contrast between wetter and drier months is expected to become more pronounced in a high greenhouse gas emissions scenario, with precipitation projected to increase from November to January during the wet phase of the northeast monsoon season and a decrease in rainfall during the relatively dry June-September period.

Changes in climate will have a wide range of consequences. As a relatively low-lying island, even small variations in sea level can increase the risk of flooding close to the coast and the loss of coastal land. The projected increase in the frequency and intensity of heavy rainfall is expected to aggravate the risk of flash floods, which can lead to damage to property and travel disruptions and impact business supply chains. In turn, the projected reduction in precipitation during dry months will likely exacerbate the issue of droughts. Singapore still imports a substantial amount of water from Malaysia, and as climate changes, droughts might increasingly impact the water supplies available for individual and commercial use.

Additionally, as highlighted by Singapore’s National Climate Change Secretariat (NCCS), climate change threatens global food security. As a country importing about 90 percent of its food, Singapore is particularly exposed to shocks in food supply and prices.

CCRS’s Second National Climate Change Study highlights that Singaporeans will have to deal with temperatures significantly higher than those currently experienced. In addition to the direct effect of climate change on temperatures, future warming will be worsened by the urban heat-island effect, occurring when native vegetation land cover is replaced by buildings and infrastructure that retain heat. Warmer temperatures in combination with the already humid climate will lead to more pronounced thermal discomfort, with a higher likelihood of heat stress injuries due to increased frequency, intensity, and duration of heat waves. When both temperatures and humidity reach a certain threshold, the human body loses its ability to moderate its own temperature through perspiration. This can be particularly dangerous for the elderly, the sick and those without access to air conditioning. Increasing heat exposure will also decrease labor productivity.

According to Climate Vulnerability Monitor, a report estimating the effects of climate change on the economy and population of over 180 countries, by 2030 the economic impact of heat-related loss of labor productivity in Singapore might cost up to $200 million (PPP) every year. Heat waves will also lead to more frequent surges in the energy demand for air conditioning, increasing the risk of electricity grid overloads and power outages.

Climate change is also expected to worsen the impact of vector-borne infectious diseases already endemic in Southeast Asia. The incidence of dengue cases in Singapore has significantly increased over the past 40 years, also as a consequence of the rise in temperatures. According to Singapore’s National Environment Agency (NEA), past dengue outbreaks were exacerbated by particularly warm conditions. The peak in transmission of the disease is well-known to occur during the warmer months of June to October, when high temperatures favor mosquito breeding. The spread of the disease is further accelerated by wet conditions, due to the increased presence of stagnant water, where mosquitoes can proliferate. The risk of outbreaks of mosquito-borne diseases is expected to worsen as a consequence of climate change, due to both rising temperatures and an increase in precipitation during the wet months of November, December, and January.

A 1.5 degree Celsius warming would put nations under stress, but many climate change impacts could be avoided by hitting this target.

Singapore has been developing strategies to build climate change resilience and secure its future prosperity. The Inter-Ministerial Committee on Climate Change was established in 2007 with the aim of coordinating the national policies addressing vulnerabilities and adaptation to climate change. With 2018 being designated the “Year of Climate Action,” the public sector has been active at addressing the issue. The country is a signatory of the 2015 Paris Agreement and pledged to reduce its greenhouse gas emissions by 36 percent by 2030, compared to 2005 levels. In March 2018, Singapore’s Parliament passed the Carbon Pricing Act. As of January 1, 2019, a carbon tax will apply uniformly across economic sectors, covering about 80 percent of the country’s emissions.

Singapore’s national water agency—the Public Utility Board—is working to improve water resources and drainage management. About $1.5 billion was invested in drainage infrastructure, and flood-prone land has fallen from 3,200 hectares in 1970 to less than 30.5 hectares in 2016. Since 2011—in anticipation of rising sea levels—the minimum level for newly reclaimed land has been raised by an additional one meter. Substantial investments were also dedicated to flood protections. Seawalls and embankments now cover more than 70 percent of the country’s coastlines, and flood barriers have been installed at Mass Rapid Transit stations in low-lying areas. The policy of the Four National Taps (water imported from Malaysia, water from local catchments, desalination from reverse osmosis and recycled water) has been put in place to address water scarcity and droughts.

In April 2018, the Singapore Food Agency was launched by the Ministry of the Environment and Water Resources to oversee food security and deal with the supply challenges caused by climate change. In order to tackle rising temperatures, the Cooling Singapore research initiative was recently launched to devise strategies to mitigate the urban heat island effect.

NEA has been working on strategies to control the spread of vector-borne diseases. With the ongoing Project Wolbachia, Singapore aims to reduce the population of Aedes aegypti mosquitoes, responsible for the transmission of diseases such as dengue and Zika. Phase 1 of the initiative (October 2016 – December 2017) saw a 50 percent decline in the insect population in zones of the city where the method was tested. The ongoing Phase 2 of the project started in April 2018 and aims to further improve mosquito suppression rates.

Lessons for the Region

In the latest study released by the International Energy Agency, Singapore ranked 26th out of 142 countries in terms of emissions per capita, with the average carbon footprint of its residents being much higher than in neighboring countries. However, Singapore’s economy is characterized by low carbon intensity (carbon dioxide emissions per dollar of GDP), ranking 123rd out of 142 countries and leading the way toward a more sustainable model of development.

The Special ASEAN Ministerial Meeting on Climate Action was held in Singapore in July this year. During the event, the city-state offered its partners a climate action package to run through 2020. The project aims at sharing expertise on climate change mitigation and adaptation, as well as enhancing scientific cooperation on the topic. During the meeting, Singapore also reaffirmed its commitment to the Southeast Asia Disaster Risk Insurance Facility, ASEAN’s first regional catastrophe risk pool devised to provide governments with short-term liquidity to support response and recovery operations in the aftermath of natural catastrophes.

Singapore contributes only 0.1 percent of global greenhouse gas emissions, and coordinated efforts by the entire international community are essential to limit the future impacts of climate change. Singapore is a signatory of the 2015 Paris Agreement, which has been ratified by 182 countries and the European Union and aims to limit global warming below 2 degrees Celsius above pre-industrial levels. Last October, however, the Intergovernmental Panel on Climate Change released a Special Report on Global Warming of 1.5 degrees Celsius. The report highlights that although a 1.5 degree Celsius warming would put nations under substantial additional stress, a number of climate change impacts could be avoided by hitting this target compared to 2 degrees Celsius. This, however, would require a “rapid and far-reaching” transformation of our economies and societies, much beyond the commitments of the Paris Agreement.

Aleksandra Borodina is a catastrophe model developer at Guy Carpenter based in London. She was previously a Ph.D. student and a PostDoc at ETH Zurich in the field of climate physics. Her main focus was on climate extremes and uncertainties associated with climate change. 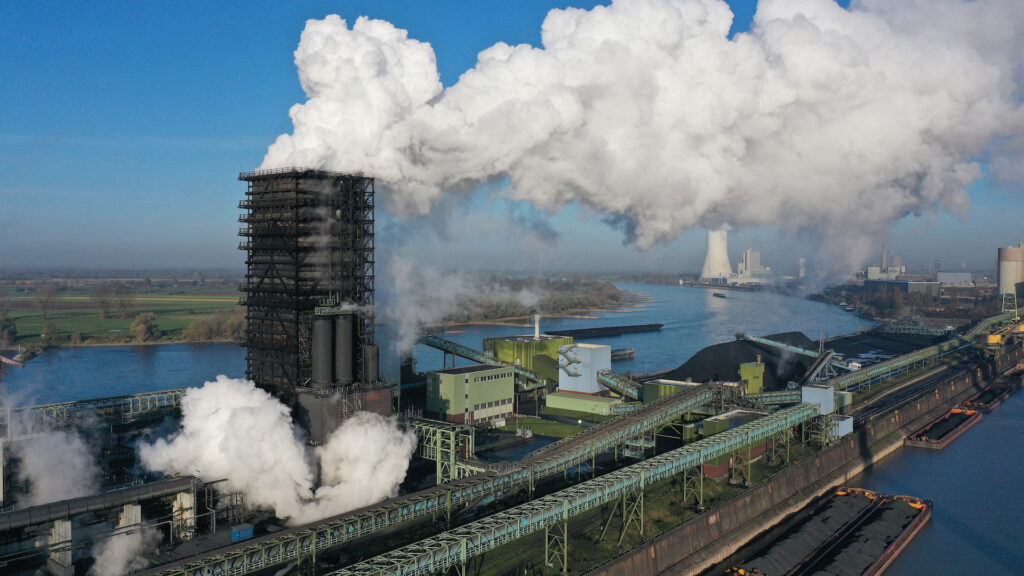 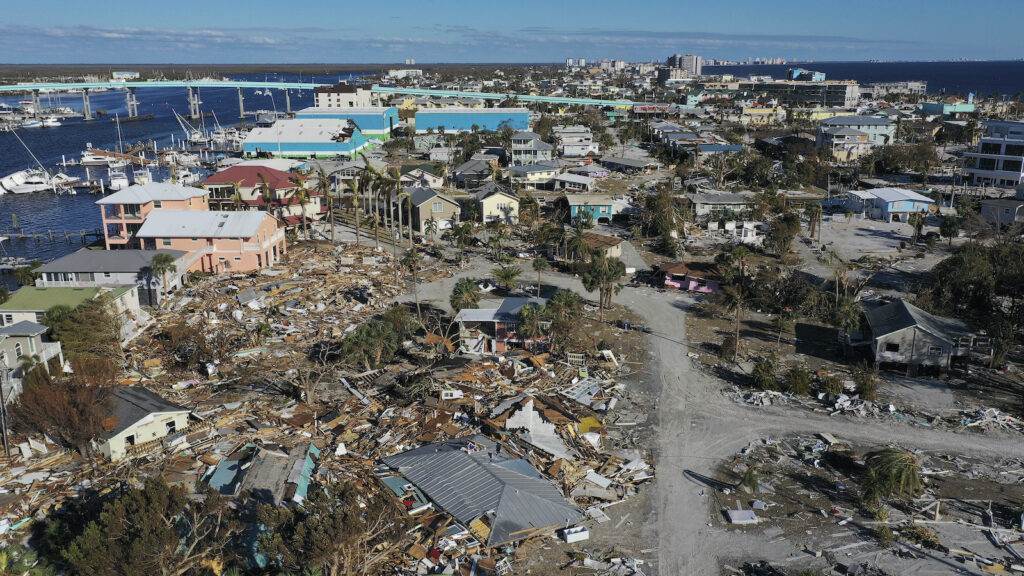 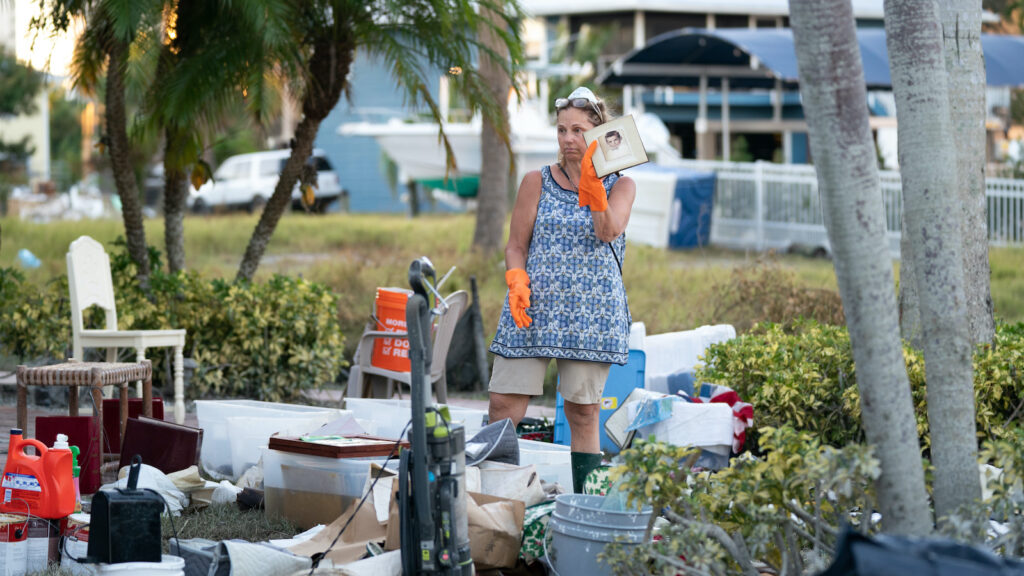