Slower Growth is the ‘New Normal’ in China 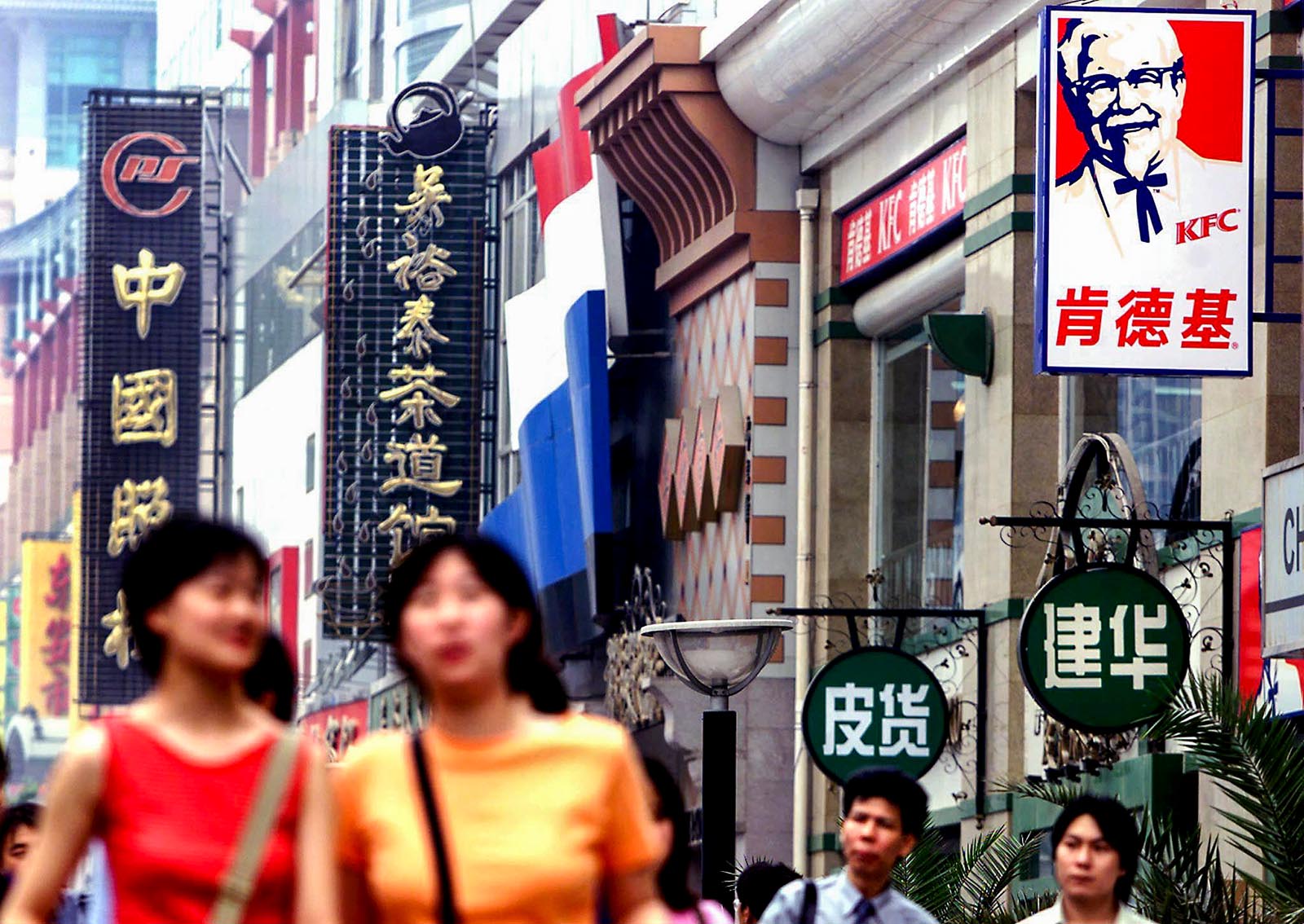 Chinese shoppers walk through Beijing's main shopping promenade. In the first quarter of 2018, steady economic activity in China was driven by consumption.

This is the final story in a weeklong series on topics related to China. The previous installments can be read here, here, here, and here.

China’s GDP registered 6.9 percent growth in 2017 and 6.8 percent year-on-year over the first quarter of 2018. According to a recent World Bank Report, steady economic activity in 2018 was driven by consumption, whereas in 2017 it was driven by exports.

However, the forecast is for that growth to moderate to 6.5 percent in 2018 and average 6.3 percent in the following two years, as China continues to shift more squarely toward a domestic consumption-driven economy.

Investment growth witnessed a strong rebound in Q1 2018—specifically in the private sector. Gross capital formation contributed 2.1 percentage points to year-on-year GDP growth; in comparison, the figures stood at 1.8 percent in Q4 2017 and 1.3 percent in Q1 2017.

“From the production perspective, software and IT services contributed notably more to GDP, while the growth contributions of construction, real estate, and financial services have stabilized at lower levels,” the report says.

“While China is on a long-term path of slower capital accumulation, investment growth has rebounded from the lows in 2017, particularly in the private sector. Real investment grew by just 5.5 percent in 2017 as compared to 18 percent per year in the decade before 2011,” said John Litwack, lead economist for China at the World Bank.

“Nevertheless, the level and growth rate of investments are still high by international standards. The efficiency of allocation, and not the speed of growth, is China’s main investment challenge,” he added.

Although exports were the key driver of economic growth in 2017, China’s dependence on exports is witnessing a steady decline. Consequently, its current account balance continues to fall. Considering robust growth in goods and services imports, the current account surplus declined to 1.3 percent of GDP in 2017 and entered a small deficit in Q1 2018.

Exhibit 3: Components of the Balance of Payments

China witnessed more balanced capital flows in 2017. China has enforced strict regulations over capital flows and combined with confident investor sentiment, net capital outflows (including errors and omissions) witnessed a very large decline from $646 billion in 2016 to $73 billion in 2017. Net capital inflows in Q1 2018 are estimated at $54 billion.

Slower Growth Is the ‘New Normal’

China is expected to witness slower investment growth over the long term, accompanied by slower economic growth. As the country rebalances away from investment and toward consumption, this will become China’s “new normal.” Several factors will contribute to the slower pace of economic activity, including a tighter monetary and fiscal policy mix, moderate growth in global trade, and continued efforts to address industrial overcapacity and environmental sustainability. As such, the economy will realign in favor of more consumption-and-services-led growth.

And while net exports were a key growth contributor in 2017, this trend will witness a decline on account of a moderation in global import demand. Moreover, the recent development of rising trade tensions pose risks to China’s outlook. While the economic impact of trade measures announced by the U.S. is expected to be manageable, investment restrictions and their associated costs are likely to be significant, particularly in terms of limited access to overseas technology and skills. A direct consequence would be the compromise of rules governing global trade and investment. Though this poses challenges for China, the world economy, too, will be affected with disruptions in global value chains.

In this regard, “a measured response to the trade measures, consistent with WTO rules, and continued dialogue with the U.S. can minimize this risk,” said Elitza Mileva, senior economist at the World Bank.

Xianbin Yao Professorial Lecturer of International Studies at De LaSalle University Manila
URL: https://www.brinknews.com/slower-growth-is-the-new-normal-in-china/
Get ahead in a rapidly changing world. Sign up for our daily newsletter. Subscribe
​​