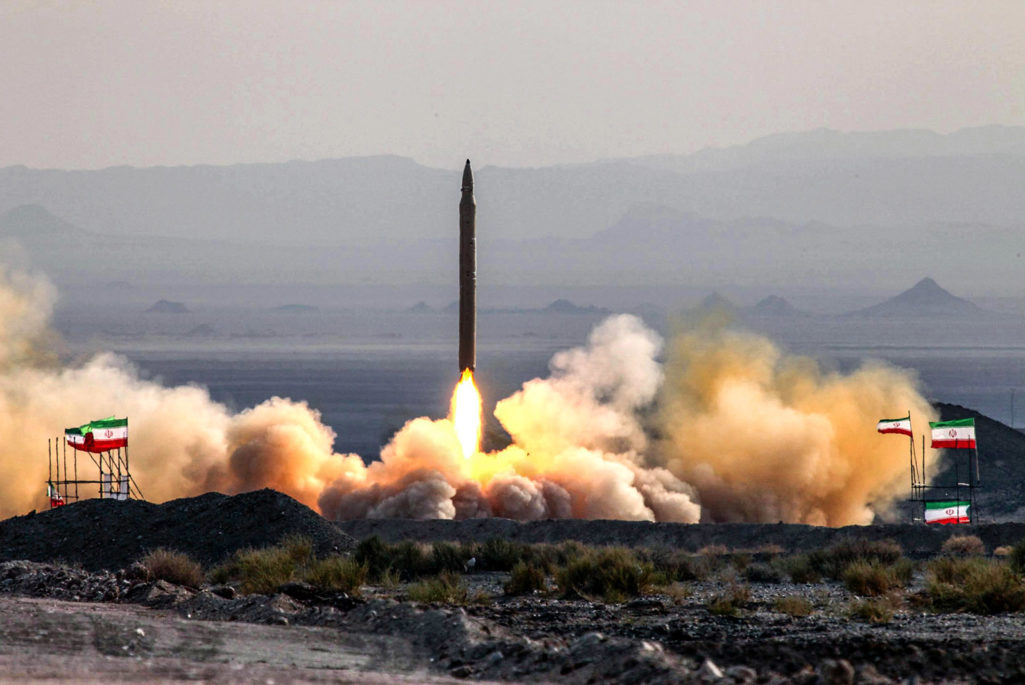 A picture taken on August 20, 2010 shows the test firing at an undisclosed location in Iran of a surface-to-surface Qiam missile.

In the wake of last month’s announcement that the U.S. would completely overhaul its languishing nuclear weapons program, a new report from the Council on Foreign Relations warns of emerging threats that could upset nuclear stability worldwide.

The proliferation of nuclear states and the advancement of certain military technologies has resulted in a complex global calculus that makes deterrence much more difficult today than it was during the Cold War. Strategic stability, a state in which nations have low incentive to launch attacks but high capability to respond to them, is at risk. The implications for the U.S. are particularly dire.

“The United States has more to lose from a breakdown in strategic stability than any other country due to its position as a global leader, the interdependence of its economy, and the network of security commitments it has around the world,” notes report author Gregory Koblentz.

Today, seven nuclear-armed states control about 16,300 weapons. China, France, India, Pakistan, Russia, the United Kingdom and the U.S. each hold part of the global arsenal in their midst, with the bulk of the weapons under the control of the United States and Russia.

“The United States should proactively shape the second nuclear age before it finds itself trapped in a new nuclear order that is less stable, less predictable, and less susceptible to American influence,” Koblentz writes. “This approach will require a long-term effort that will be vulnerable to disruptions by domestic or international events unrelated to strategic stability.”

A number of challenges threaten strategic stability for the U.S. and others in the coming years. First is the notion of a trilemma, wherein the action of one state to protect itself against another could result in a third, unrelated, state feeling less secure and increasing its arsenal. “Due to the trilemma, changes in one state’s nuclear posture or policy can have a cascading effect on the other nuclear-armed states,” the report says. Second, non-nuclear technologies such as missile defenses, anti-satellite weapons, long-range precision strike systems, and cyber weapons have changed the rules of the game by replicating, off-setting, or mitigating the strategic effects of nuclear weapons. Finally, an explosive mixture of territorial disputes and cross-border terrorism in South Asia has resulted in tinderbox conditions that could have dire implications for worldwide nuclear quiet.

The U.S. has a responsibility to guide the conversation on nuclear stability.

The Council’s report notes that the U.S. has a responsibility to guide the conversation on nuclear stability, owing to its large stockpile of weapons and history of de-escalations following the end of the Cold War.

“The United States should, working in concert with the other nuclear weapon states, take a multipronged approach to strengthening strategic stability that addresses potential sources of instability in the near term and establishes processes that can contribute to multilateral nuclear arms control efforts over the longer term,” the report notes.

Among the report’s recommendations to the Obama administration:

■ Mitigate the risk that emerging technologies will endanger strategic stability by using a combination of transparency, restraint, and measures to build confidence between states.

■ Deepen dialogues with other states that own nuclear weapons, particularly with attention to dialogues between India and Pakistan.

The report concludes by referencing a long-held analogy among policy makers that likens the reduction of nuclear weapons to climbing a mountain—no simple task, in other words.

Said Koblentz: “The policies adopted by the Obama administration before the end of its term will help determine how many paths are available to future policy makers and how steep their climb will be.”

Brink Editorial Staff
URL: https://www.brinknews.com/stability-threats-in-the-second-nuclear-age/
Get ahead in a rapidly changing world. Sign up for our daily newsletter. Subscribe
​​