Terrorism Risk Is Declining, but a Closer Look Shows an Ominous, Evolving Threat 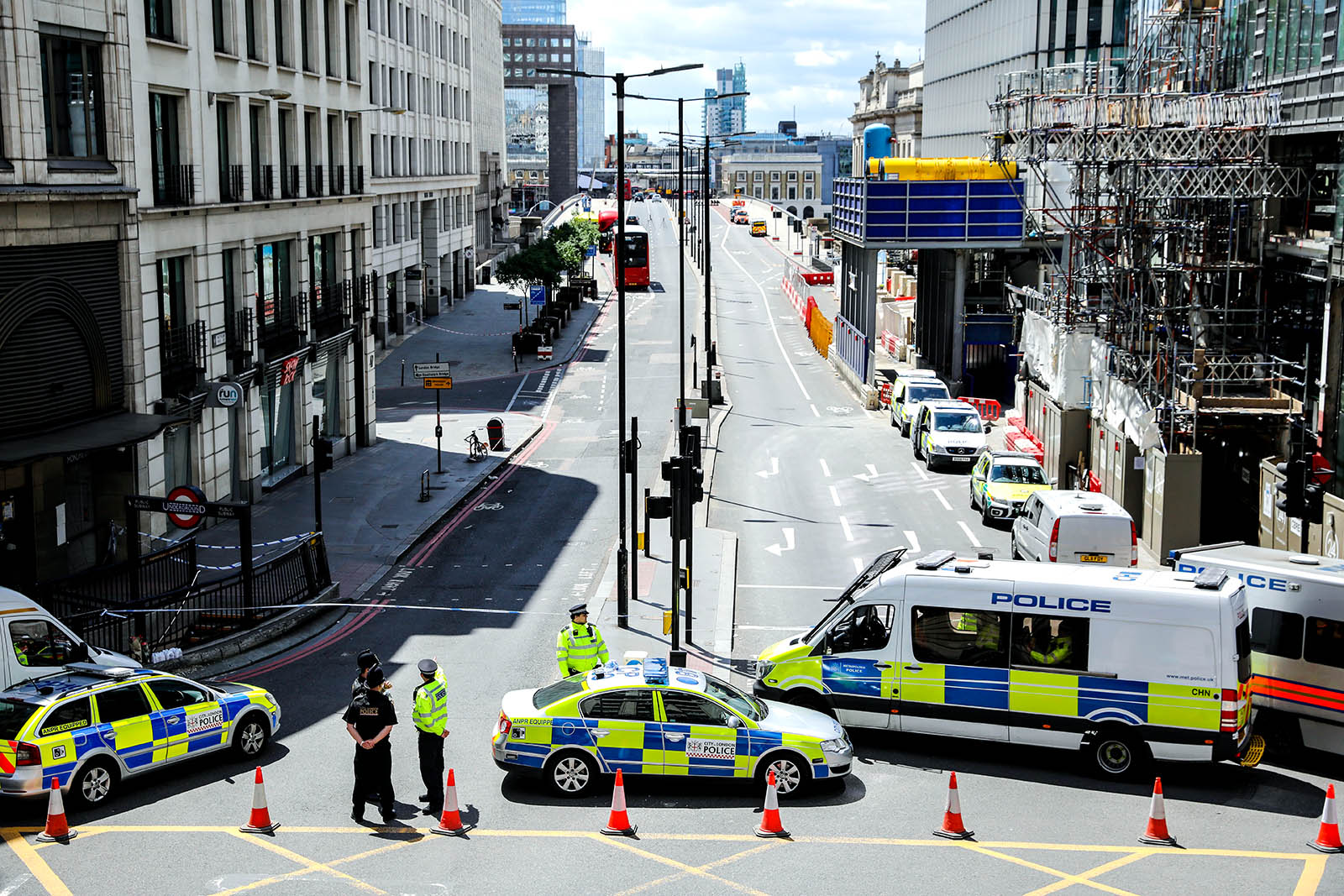 Police operate a cordon on the North side of London Bridge after a terrorist attack on June 4, 2017, in London, England. Policymakers, insurers and organizations must act to protect people and businesses from terrorism risk.

Let’s start with the good news: Terrorism risk is declining in many countries.

Between 2018 and 2019, plenty of evidence surfaced to underline this positive trend. The Islamic State (IS), which once controlled territory roughly equivalent in size to Portugal, no longer controls any land. In 2018, the number of people globally killed in terrorist attacks dropped by more than a quarter compared to 2017, and the number of total attacks around the world also fell by nearly a third. In 2014, the economic costs of terrorism peaked at almost $100 billion in tandem with the rise of IS; since then, the costs have fallen by nearly half.

But there’s also bad news: Terrorism remains a dynamic risk and a serious threat to people and organizations. The biggest problem areas identified in 2018, such as Afghanistan, saw little improvement in the past year — and new threats are on the rise. Lone wolf and small group attacks in public spaces and workplaces are becoming more prevalent, and extreme right-wing violence, bolstered by far-right political successes in the West, has created new problems for states, security services and civilians.

So although new data in Marsh’s 2019 Terrorism Risk Insurance Report points to a positive general trend, there’s room — and significant demand — for policymakers, insurers and organizations to act to protect people and businesses. The Secondary Costs of Terrorism

Terrorism coverage was originally designed to deal with property damage inflicted by explosive devices. However, Marsh’s report warns that “attack methodologies have shifted in recent years” to less sophisticated, mass casualty attacks often perpetrated by assailants with blades, firearms, or vehicles. In fact, according to the reinsurance company Pool Re, “two-thirds of terrorist attacks in Western Europe between 2014 and 2018 did not generate any property damage.”

That isn’t to say that these new attack methodologies don’t cause significant harm. Beyond the awful immediate impacts of such attacks, police cordons and investigations together with interruptions in foot traffic can hurt businesses in the vicinity of an attack. For example, the 2017 London Bridge attack led to an estimated loss of over $1.7 million to businesses in the area, despite minimal property damage. A 10-day police cordon and declining tourism contributed to those losses. In response, insurers have had to innovate. For example, some have developed active assailant coverage, which covers business interruption, legal liability and counseling and medical services, among other coverage areas — all in addition to property damage. In some countries, insurers have also offered political violence coverage, which can help in cases of coups, political conflict and other civil disturbances.

Which Sectors Face the Highest Risk?

Although regional differences mean that certain sectors face greater challenges in different parts of the world, there are a handful of sectors that face the most exposure to terrorism risk.

Business in dense urban areas and transportation infrastructure, for example, are most exposed in North America, Europe and the Asia-Pacific region. Mining and energy, on the other hand, are at greatest risk in Latin America, the Middle East, and Africa. In fact, roughly 10% of all attacks on critical national infrastructure between 2014 and 2018 occurred in Latin America, and more than 50% of all attacks in the Middle East and Africa caused property damage. In the Asia-Pacific region, recent attacks suggest that public spaces and religious institutions are serious targets for extremists and assailants from Sri Lanka to New Zealand.

A diverse set of industries depend on TRIPRA, ranging from hospitality and gaming to health care. These industries span geographic divides: Terrorism insurance isn’t exclusively the provenance of big businesses based in urban metropolises, and coverage needs to consider the broadening definition of at-risk areas.

“Despite its ebbs and flows, terrorism remains an evolving, expanding, and ever-present risk, which underlines the importance of the Terrorism Risk Insurance Program and its role in ensuring the continued stability and health of the property and casualty terrorism insurance markets,” Tarique Nageer, terrorism placement and advisory leader at Marsh, noted in written testimony about TRIPRA before the United States Senate Committee on Banking, Housing, and Urban Affairs.

“Uncertainty,” Mr. Nageer said, “… can impact the availability and nature of insurance coverage. That, in turn, could affect companies’ decision-making processes about various corporate investments and projects, potentially sending ripple effects through the economy.”

Xianbin Yao Professorial Lecturer of International Studies at De LaSalle University Manila
URL: https://www.brinknews.com/terrorism-risk-is-declining-but-a-closer-look-shows-an-ominous-evolving-threat/
Get ahead in a rapidly changing world. Sign up for our daily newsletter. Subscribe
​​