Testing the Architecture of Paris 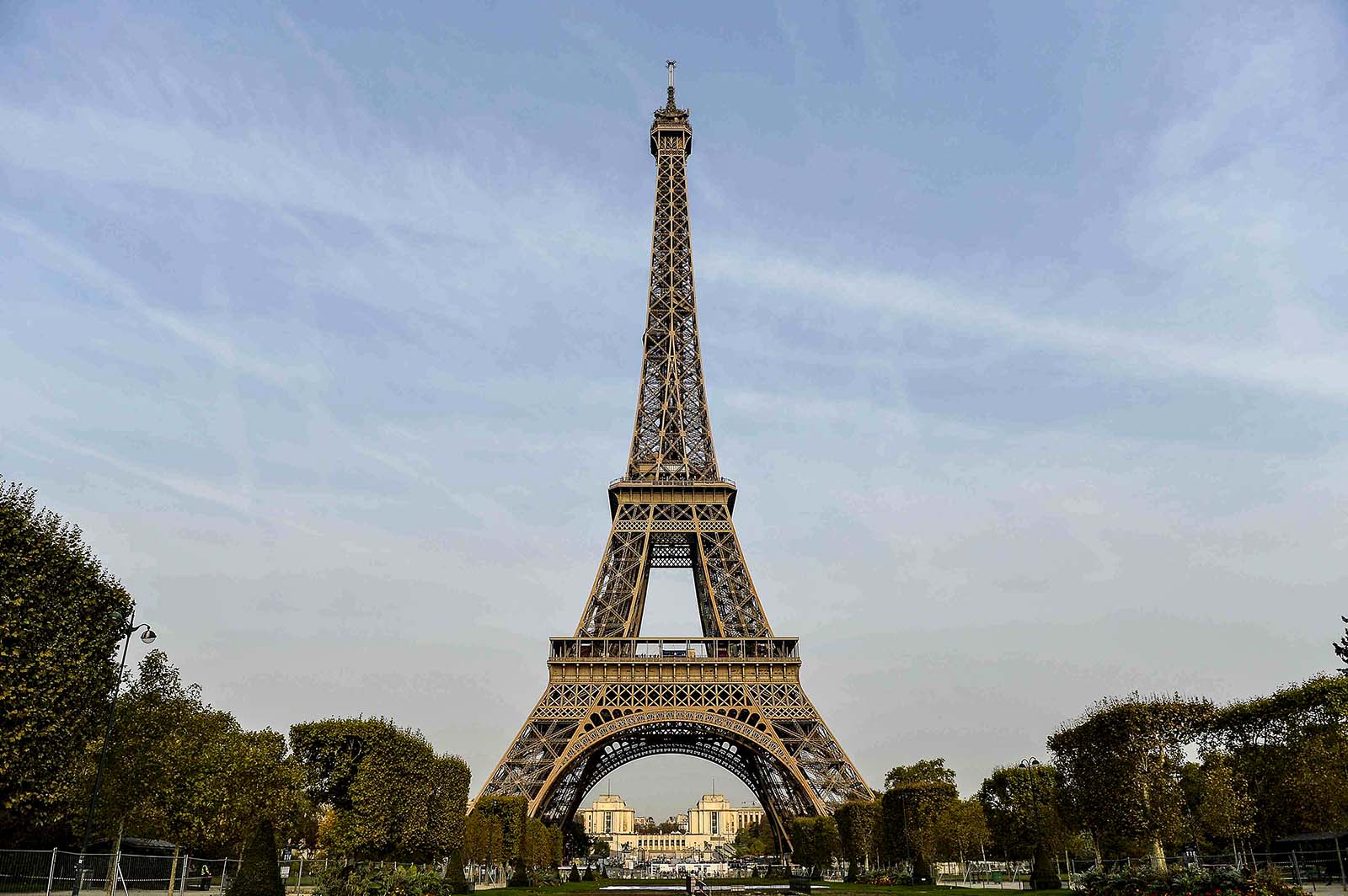 The Eiffel Tower was at first panned and not expected to last, though history proved otherwise. Likewise, the Paris Climate Agreement has come under scrutiny on all sides and will be greatly tested over the next 36 months.

Editor’s note: The second in a series, this article discusses the role of businesses and other “subnational actors” in the survival of the Paris Agreement.

The city of Paris is known for gorgeous and groundbreaking structures. From the Middle Ages to the 21st century, the city has been home to architectural experiments and paradigm shifts in design, beauty and function. In many cases, including that of the famous Eiffel Tower, the genius and endurance of a new Paris design were not always immediately apparent. Gustave Eiffel made his fortune because the organizers of the 1889 World’s Fair bet that his tower would not stand the test of time. They were wrong; the architect was right; the rest is history.

It is time again to bet on a groundbreaking French design: the Paris Agreement on climate change. Innovative and yet ugly in the eyes of observers on all sides, the Paris Agreement will be tested greatly in the next 36 months. Key design elements of the deal—particularly the role of corporate CEOs, mayors and governors—must prove strong enough to withstand the storms ahead.

Out of the Wreckage, a New Blueprint

An effective and politically feasible design for a global climate agreement eluded diplomats for decades. Like their historical cousins designing the first cathedrals of the Middle Ages, many approaches fell flat: the Kyoto Protocol garnered support from only a subset of historically heavy-polluting countries (the United States famously not among them); the Copenhagen Accord was a political statement that failed to secure consensus on legal form. But these past failures paved the way for the Paris Agreement, brought into force in November 2016.

The UN COP 23, occurring in Bonn, Germany, is the first meeting of the parties since the inauguration of the new U.S. president. With the U.S. administration’s decision to begin the process of withdrawing from the agreement, many wonder whether the innovations of this latest French architectural marvel will be enough.

The architecture of the Paris Agreement incorporated several innovative features to directly address the political and legal challenges that undermined previous attempts.

To avoid the shortcomings of the Kyoto Protocol, all countries agreed for the first time to national pollution reduction targets that collectively aim to limit planetary warming to 1.5 degrees Celsius and decarbonize the global economy by mid-century. But in a nod to the U.S. Constitution and the concerns of some emerging economies, the level of these national targets is determined by each country, and they are politically rather than legally binding. Formal compliance penalties from Kyoto were replaced by legally binding transparency and reporting rules to give countries confidence in each other’s progress.

To address the obvious gap between the science-based global goals and the politically driven national targets, the deal creates “five-year cycles,” where countries come back to the table to set progressively stronger targets. And in perhaps the most innovative and overlooked design element, the agreement does not involve only nation-states, but it opens its doors to politically powerful subnational stakeholders—businesses, mayors, governors and technical experts from universities and civil society.

The Paris Agreement’s model of distributed leadership withstood the force of the White House decision to withdraw.

These new, interlocking design features distribute the leadership needed to maintain momentum in the Paris system. With all nations in the deal, all are accountable and invested in its success. Transparency and regular cycles of new targets create pressure for more ambition but allow it to grow as technology and politics improve. And like flying buttresses of old, outside support from CEOs, mayors and governors gives national governments the confidence to reach for greater heights. In worst-case scenarios, these outside stakeholders can maintain stability and momentum even when a key national government temporarily withdraws its political support.

Can Paris Weather a Political Earthquake?

While the Paris Agreement provided the world with a blueprint for climate action, it still lacked many key details. Rules for reporting, transparency and target accounting need to be fleshed out at COP 23 in Germany and completed by COP 24 in Poland. And the first five-year cycle to increase country carbon cuts is coming fast. Next year at COP 24 in Poland, nations will take stock of current progress on implementing the 2015 targets and set the stage for the next round of pledges in 2020. If this first five-year cycle does not deliver more aggressive targets, cracks will begin to appear in the Paris foundation.

Mother Nature is exerting her own pressure: Average global temperatures have already increased by roughly 1 degree Celsius above pre-industrial levels, and costly impacts from extreme weather events, such as recent hurricanes and wildfires in the United States, are growing. But the biggest and most unexpected test of Paris came last November with the political earthquake of the U.S. presidential election. When the U.S. administration announced its intention to withdraw in June, many wondered, Would the Paris framework begin to teeter?

We Are Still In

First, its model of distributed leadership withstood the force of the White House decision. As the U.S. administration stepped back, the remainder of the world’s nations stepped forward. At the G7 meeting in May, the six other governments publicly reconfirmed their support for the Paris Agreement and urged the U.S. president to stay in. When he refused, the G20 meeting in July presented a crossroads. Would high-carbon economies such as Saudi Arabia and Russia follow the United States out of the Paris Agreement? They didn’t. Instead, a “G19” coalition issued a statement reconfirming its commitment to the agreement.

Second, the flying buttresses, thus far, have done their job. The day after the U.S. president’s announcement, the U.S. Climate Alliance, a bipartisan network of 15 governors signaled continued commitment to the Paris Agreement and to America’s national climate target under the deal. Next, over 300 U.S. mayors declared their continued support for Paris and U.S. climate action. And within three working days, an unprecedented coalition of corporate CEOs, governors, mayors and university presidents—the largest cross-section of U.S. leaders ever assembled to pursue climate action—stepped up together to say “we are still in.”

The ranks of We Are Still In has swelled to over 2,500 leaders from all 50 states, representing over 130 million Americans and $6.2 trillion in GDP—roughly one third of the U.S. economy. The coalition includes businesses from Wall Street to Main Street. Large universities such as Arizona State and Iowa State joined, as did smaller community colleges in Pennsylvania and Nebraska. From the Republican mayor of Carmel, Indiana, to the Democratic mayor of Houston, Texas, local leaders came in droves, proving that climate action is not nearly as political outside of the Beltway.

In September, the U.S. Climate Alliance released a report tracking progress on meeting or exceeding its share of America’s Paris Agreement target. Importantly, signatories of We Are Still In are backing up their words with action. Consider Walmart, which gets just over 26 percent of its energy from renewable sources. This year the company committed to cutting a gigaton (or one billion tons) of emissions from its global supply chain by 2030. In California, a bipartisan super-majority enacted an extension to the state’s landmark cap-and-trade law requiring 40 percent cuts in carbon pollution by 2030. Cities from Georgetown, Texas, to Greensburg, Kansas, have committed to 100 percent renewable energy.

Dozens of these new American climate leaders will be in Germany for COP 23, taking their stories and commitments directly to the international community.

Standing the Test of Time

As the dust settles on the Paris Agreement’s first year, initial concerns about its design flaws have proven premature. But to maintain momentum and successfully implement its initial five-year cycle, the Paris Agreement must satisfy a few benchmarks:

The beauty of architectural masterpieces only reveals itself over time. In the Eiffel Tower’s first year, Gustave only managed to cover his costs; he didn’t win his fortune until later. Only time—and continued support from all sectors—will determine whether the Paris Agreement becomes a key tool for our future. We should all bet on its success.

Part one of this two-part series can be seen here.

As senior vice president of WWF’s Climate and Energy Program, Lou Leonard is the organization’s strategic leader on work to fight climate change and usher in a zero-carbon, climate-resilient world, powered by renewable energy. Mr. Leonard previously served as WWF’s director of U.S. climate policy, leading the organization’s work to support a new climate and clean energy law for the nation, as well as building WWF’s program on forests and climate change.

Abhi Bhuchar Head of Consumer and Industrials, and Energy, Asia Pacific at Oliver Wyman Nicholas Tonkes Partner at Oliver Wyman Eddison Lee Principal at Oliver Wyman
URL: https://www.brinknews.com/testing-the-architecture-of-paris/
Get ahead in a rapidly changing world. Sign up for our daily newsletter. Subscribe
​​