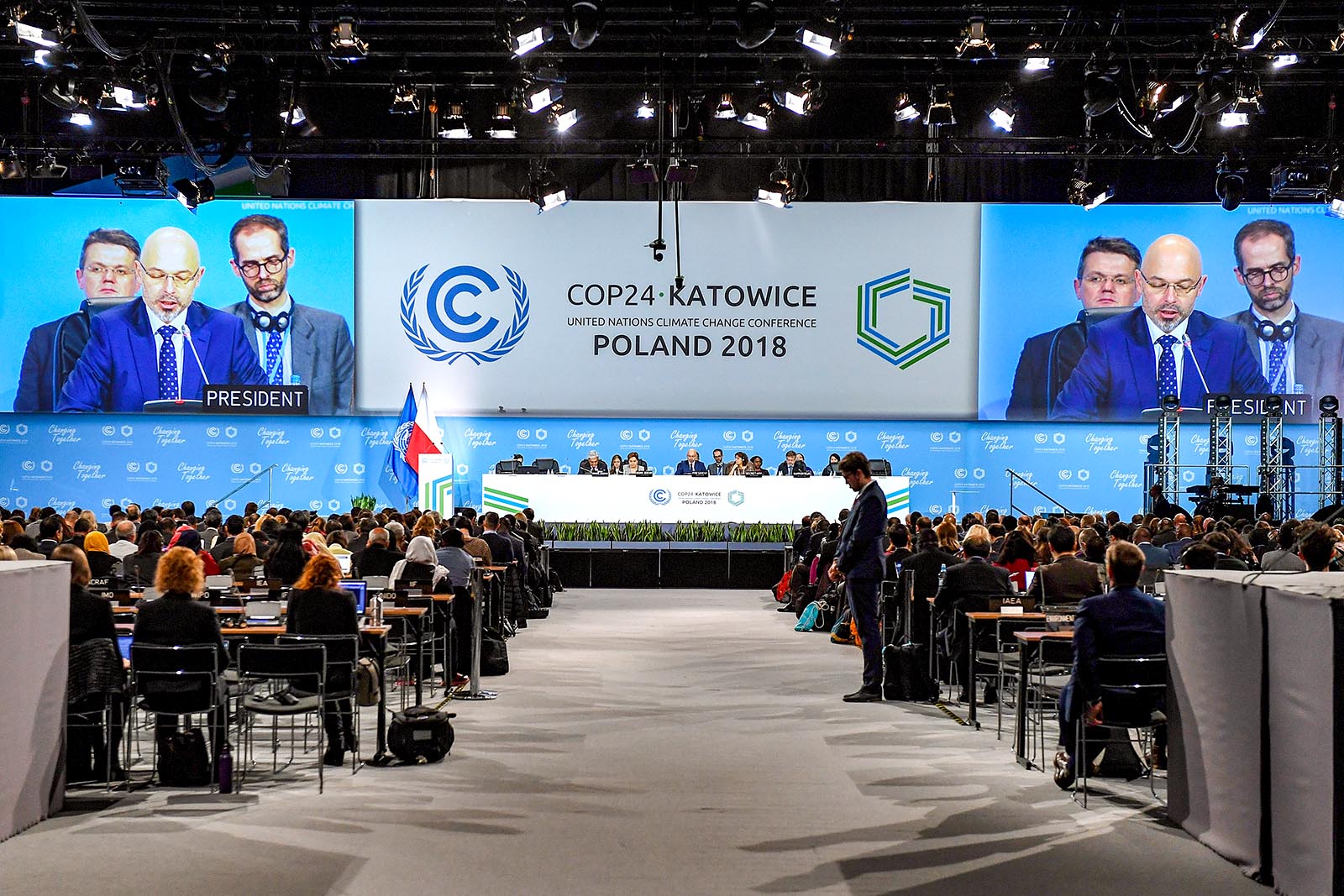 Officials speak at the inaugural session of the 24th Conference of the Parties to the United Nations Framework Convention on Climate Change (COP24) summit in Katowice, Poland.

It’s not an understatement to say that there’s a lot riding on the future of international climate diplomacy at this round of UN climate talks in Katowice, Poland, known as “COP24.” Three years ago, the Paris Agreement sent an unmistakable signal to private-sector markets that the world economy will decarbonize in coming decades. It is vital to the global climate transition that the signals from COP24 in Poland are even stronger.

One week ago, researchers with the Global Change Research Program revealed that global carbon dioxide emissions have reached the highest levels on record. One month ago, the world’s top climate science body, the UN Intergovernmental Panel on Climate Change, released a report—called for under the Paris Agreement itself—to assess progress toward meeting the agreement’s goals. Their finding was stark: We have just 12 years to halve global emissions or risk facing the most dramatic impacts of climate change.

With this backdrop, both companies and the public at large understandably are looking for a signal from governments in Poland. A few questions loom particularly large:

On Saturday, the lines were drawn for a political standoff this week. Saudi Arabia, with support from Russia, Kuwait and then the United States, sought to limit the introduction of the IPCC’s scientific report, Global Warming of 1.5 Degrees Celsius. Nearly every other nation stood up to oppose the efforts of these countries and welcomed the report’s findings. While this skirmish was only a precursor to the larger political struggle, it showed that opposition to a strong outcome in Poland is limited to a small group of countries that are lined up against the rest of the world.

Now the question is whether a strong coalition of governments will stand up to this small bloc and produce the kind of strong outcome we need. Recent attention to protests in France, a new government in Brazil and, of course, the U.S. administration’s promise to pull out of the Paris Agreement led some to wonder whether it would be possible to build a strong force for climate action at COP24 and beyond.

However, this view overlooks a significant piece of how the Paris Agreement was designed to operate, not to mention the market signals that are already ushering in a transition from fossil fuels in many countries.

Corporate leaders have woken up to their potential to reduce emissions in a way that improves the bottom line for their shareholders and communities.

First, the Paris Agreement was innovative in providing opportunities for the private sector and subnational governments to engage directly in its implementation. This is important because when countries first set their climate pledges before Paris, they largely understated the contributions of the companies and local governments driving their economies. And since the meeting in Paris, these corporate and local leaders have woken up to their own potential to reduce emissions in a way that improves the bottom line for their shareholders and communities.

The collective scale of these reductions is significant. Since 2015, nearly 500 companies have committed to set climate targets in line with the highest goals of the Paris Agreement. Around the world, more than 70 cities, representing 425 million people, have committed to implementing ambitious climate action plans before 2020.

In the United States alone, recent expert analyses have shown that these actors have the potential to drive half to two-thirds of the reductions needed to meet the country’s Paris target.

These actors are also increasingly raising their voices domestically to drive the energy and climate transition. In the last year and a half, new coalitions of business and local governments have emerged in Japan, Mexico, and Argentina under the banner of Alliances for Climate Action. The American We Are Still In coalition will join these other coalitions at COP24 to reassure other governments that strong action on climate change is alive and well outside of the federal government.

This signal from actors in the real U.S. economy is providing an important counterweight to the official U.S. delegation at the talks, further undermining its ability to block a positive outcome. Momentum supplied by the private sector and local governments should give a political lift to governments looking to make significant advances this week.

In that outcome, nations need to commit to go home from Poland and revise their national climate targets before 2020. They can do so with the confidence that companies and other leaders will be ready to work alongside them to find new opportunities for climate action.

With a strong signal from Poland, we can grow momentum for a climate transition that protects both people and corporate supply chains from the worst impacts of climate change.

As senior vice president of WWF’s Climate and Energy Program, Lou Leonard is the organization’s strategic leader on work to fight climate change and usher in a zero-carbon, climate-resilient world, powered by renewable energy. Mr. Leonard previously served as WWF’s director of U.S. climate policy, leading the organization’s work to support a new climate and clean energy law for the nation, as well as building WWF’s program on forests and climate change.

Mark Campanale Founder and Executive Chair of The Carbon Tracker Initiative
URL: https://www.brinknews.com/the-market-is-acting-on-climate-change-even-if-some-countries-arent/
Get ahead in a rapidly changing world. Sign up for our daily newsletter. Subscribe
​​