The Case for Increased Merit-Based Immigration 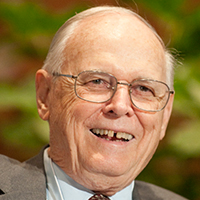 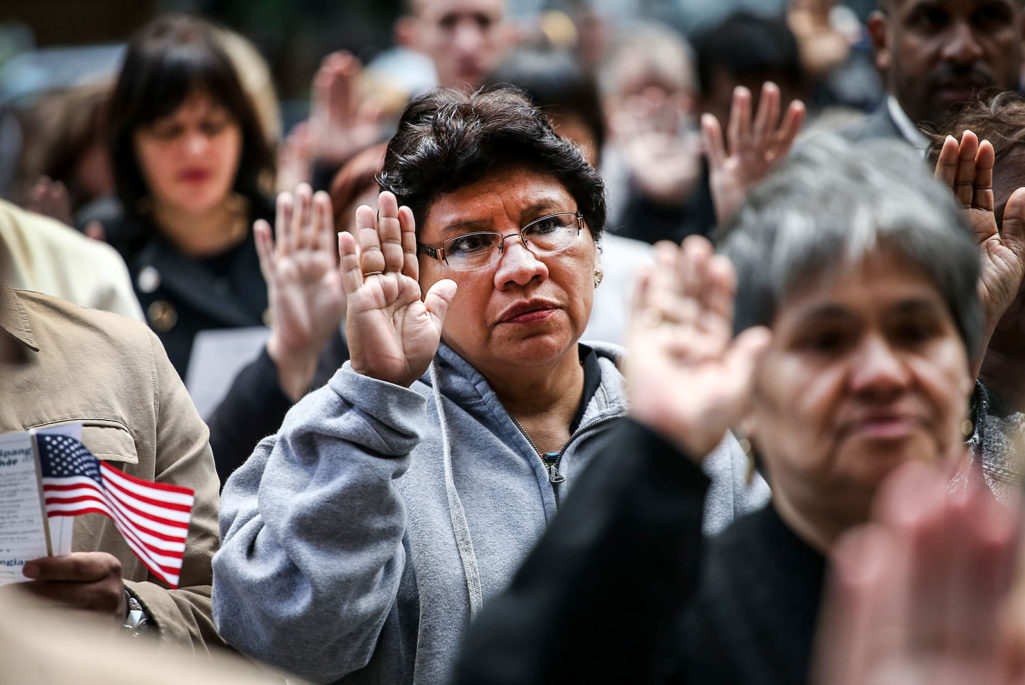 Immigrants from 25 countries take the oath of citizenship during a naturalization ceremony in Daley Plaza on September 16, 2014 in Chicago, Illinois.

The alternative is to compete by minimizing costs, mainly wages, which, in high-wage countries operating in a more competitive and knowledge-intensive economy, implies lower and more unequal incomes for most workers.

Selecting immigrants on the basis of merit enhances their chances for economic success and social integration, an increasingly important challenge for all major wealthy countries. The successful integration of immigrants can improve national economic growth and promote broadly shared prosperity.

The United States gives relatively little attention to economic immigration, which accounts for only about 15 percent of total annual immigration. About two-thirds of the approximately one million legal immigrants admitted each year are for family unification and about 20 percent for humanitarian, diversity and other reasons. In 2014, approximately 418,000 migrants were admitted as legal temporary workers and an additional 927,000 visas were issued to foreign visitors allowed to work part–time: 331,000 exchange visitors and 596,000 international students. These temporary migrants often become permanent residents, either through marrying U.S. citizens or being sponsored by employers.

The main reason other immigration countries shifted from family to economic migration was to better manage migration to support value-added economic policies. Although it continues to be important to all countries, family-based immigration is difficult to manage. This is particularly true for the U.S., where expansive family-induced chain migration has greatly increased the size and diversity of immigration flows, much to the surprise of the official sponsors of U.S. immigration policy.

At 11.3 million, the U.S. also has the world’s largest pool of unauthorized immigrants, most of whom work. However, this is down from about 12 million in 2007, and the annual flow has been greatly reduced. Indeed, the net annual unauthorized immigration from Mexico, which is the largest source of such migration, has been reduced to about zero.

Since the U.S. has not adopted a value-added economic policy, it relies more heavily than other rich countries on wage competition and family-based immigration.

Selecting immigrants on the basis of merit enhances their chances for economic success and social integration.

It should be noted, however, that the family or economic designation does not identify what people do after they enter a country; all categories of immigrants work and have families. Moreover, U.S. family-based immigration has resulted in a relatively successful assimilation process—better on some measures than any major country except Canada—and has supported a robust and flexible labor market. However, that system has also contributed to lower or stagnant real wages for most workers, higher joblessness and the growing inequality of wealth and income.

International best practice suggests that steps the U.S. could take to better manage its immigration system include:

Best practice countries use several methods to determine the number and characteristics of foreign workers to be admitted, including:

These systems assign research-based weighted points to the factors that enable foreign workers to succeed in domestic labor markets. Points are assigned for such attributes as job offers, language skills, education, age, shortage occupations, characteristics of family members and willingness to locate in designated geographic areas.

Points systems have a number of advantages:

Such a commission should be independent and made up of immigration professionals appointed by the president and confirmed by the Senate. Its main function would include the development of methodologies to calculate labor shortages and to support the economic immigration management system.

A commission is needed because there are no credible data or acceptable definitions and methodologies for the important and highly contentious question of the existence of labor shortages. Employers and editorial writers frequently argue, for example, that the rapid exhaustion of the 65,000 H-1B visas for college-educated workers each year is evidence of a shortage of such workers. This, however, is evidence of a high demand for indentured workers willing to work for less than market wages, not a general shortage. Indeed, there is no credible evidence of a general shortage of skilled or unskilled workers and abundant evidence to the contrary.

A highly credible and professional commission could make independent assessments of labor shortages, as is done by similar organizations in other countries.

The commission could recommend annual economic migration targets, which Congress could accept or reject. Since immigration decisions involve the reconciliation of conflicting interests, they are the proper responsibility of elected officials. But the quality of political debates and decisions would be greatly improved if they were based on objective evidence and not, as is now the case, guesses, assumptions and political influence.

Employers counter recommendations to adopt evidence-based decision processes with the argument that they know their labor needs better than unelected commissioners. They are right. But immigration involves the interests of workers and the public that overlap and conflict with those of employers; it would, therefore, not be good policy to leave these decisions entirely to employers. That said, employers’ voices are critical to economic immigration systems and will always strongly influence decisions, policies and processes.

Family-based immigration advocates also have objected to expanding economic immigration. The fear is that it would diminish the number of visas available for families. There are several responses to these fears.

First, immigration is not a zero-sum process. The inevitable expansion of immigration can be mainly economic, which would increase the ratio of economic to total immigration, as happened, for example, in Australia.

Second, as noted, family considerations are important parts of points-based systems, which can assign points for the characteristics of skilled workers’ family members and having relatives in the host country.

Third, family-based immigration has played a sufficiently important role in America’s relatively successful immigration integration process that it is unlikely to be diminished very much.

However, a case can be made that U.S. immigration outcomes could be significantly improved by greater attention to merit-based economic immigration as is done, for example, in Canada. By many measures, Canada the only major country with a better assimilation record than the U.S., partly because of its greater emphasis on merit-based economic immigration and partly because Quebec’s secession threat forced political leaders to adopt what is arguably the world’s most successful multicultural policy. The quality of Canada’s second generation is particularly impressive.

Ray Marshall holds the Audre and Bernard Rapoport Centennial Chair in Economics and Public Affairs at the University of Texas-Austin. From 1977 to 1981 he was U.S. Secretary of Labor.

Jill Rutter Senior Research Fellow of UK in a Changing Europe
URL: https://www.brinknews.com/the-case-for-increased-merit-based-immigration/
Get ahead in a rapidly changing world. Sign up for our daily newsletter. Subscribe
​​