How Overlooking Climate Change Could Become a Personal Liability 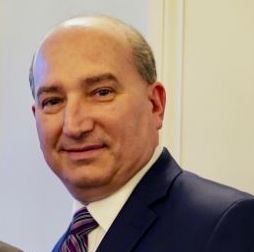 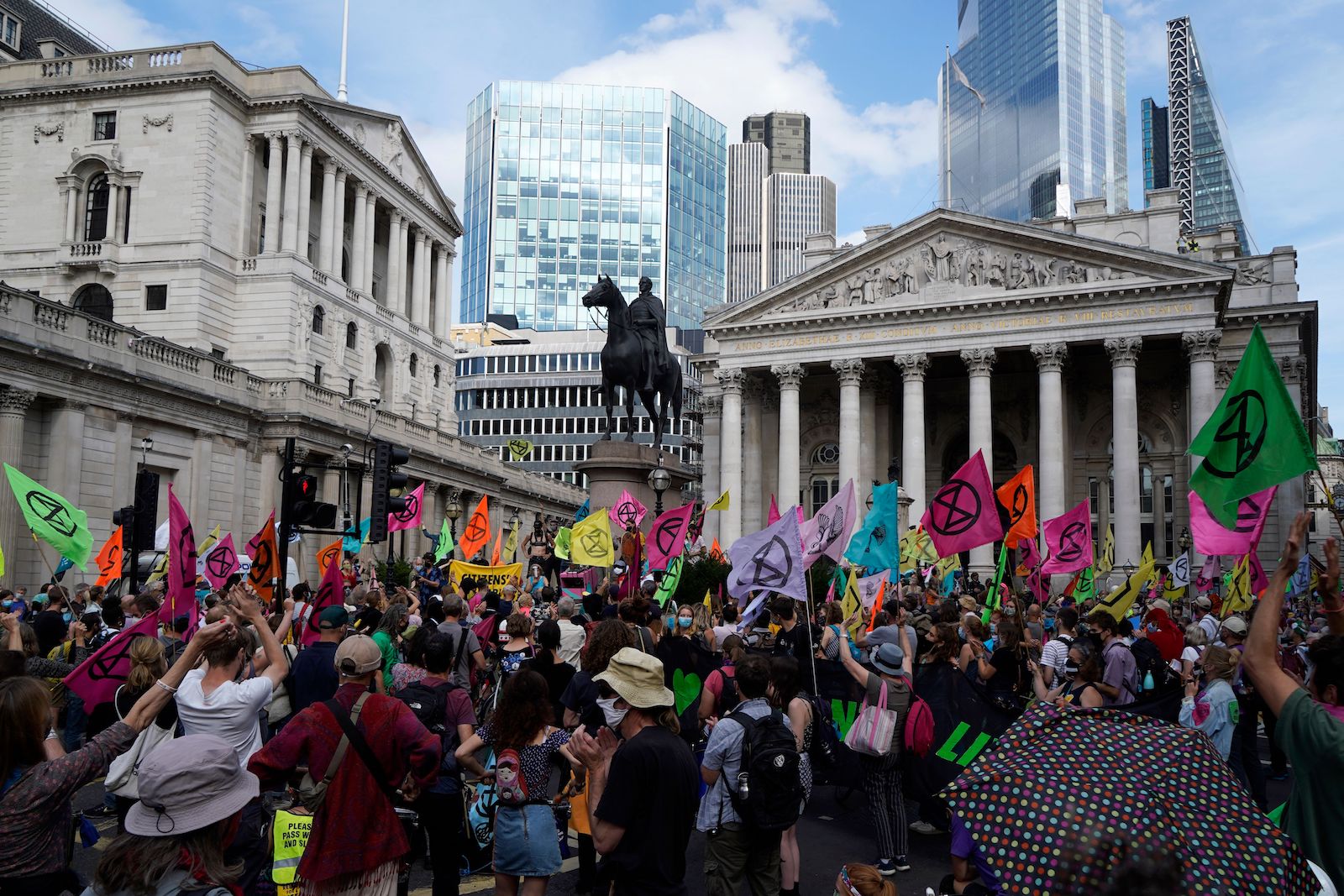 A protest on climate change outside the Bank of England in London. Rather than overseeing climate risks, many boards may be overlooking them.

Climate change is complicating two of the most important board responsibilities — its duties to protect long-term shareholder value and oversee risk management. Investors and regulators are paying more attention to how companies are managing climate risks as concerns grow about the risk that climate change poses to shareholder value, with implications for directors.

New Expectations for the Governance of Climate Risk

This trend of increasing expectations was exemplified by BlackRock CEO Larry Fink when earlier this year he argued that “climate change has become a defining factor in companies’ long-term prospects.” He stated that BlackRock, the world’s largest asset manager, would ask companies to disclose data on climate risks and opportunities and that it would “be increasingly disposed to vote against management and board directors” that fail to disclose and manage climate risks. These were not empty threats. Six months later, BlackRock had voted against 53 companies for unsatisfactory progress on climate-risk disclosure or management and put a further 191 companies “on watch.”

The climate-risk disclosures demanded by investors, most notably those recommended by the Task Force on Climate-Related Financial Disclosures (TCFD), are voluntary, but indications are that this is set to change over time in many jurisdictions. The U.K. government has proposed mandatory reporting in line with the TCFD for listed companies by 2022. Other governments that have endorsed the TCFD include Canada, Sweden and France; the latter already has legislation requiring climate disclosures from listed companies and institutional investors. In Australia, listed companies are required to disclose climate risks in their annual reports, and the New Zealand government is considering a similar proposal.

Financial regulators, concerned about the risks that climate change poses to financial stability, have begun to issue new guidance for banks and insurers that have repercussions for companies in the real economy. For example, the Bank of England is developing a climate stress test and has published requirements for climate risk management, including specific demands of the board, that all Bank of England-regulated firms — including U.K. subsidiaries of U.S. financial institutions — will need to demonstrate they meet by the end of 2021. This also has implications for the corporate sector, because as banks incorporate climate into their risk-management processes, they will require greater transparency of climate risks from the companies they lend to.

In time, similar regulatory approaches should be expected in the United States. A coalition of more than 70 investors, former regulators and leaders from the corporate and nonprofit sectors recently wrote to federal regulators asking them to incorporate climate risk into their activities. Chairman Jerome Powell has signaled that the Federal Reserve is likely to join the Network for Greening the Financial System — a group of more than 60 central banks and supervisors working to “contribute to the development of environment and climate risk management in the financial sector.” SEC commissioners have recently debated the inclusion of climate risk disclosures in SEC filings, while legislation that would mandate disclosure has been reintroduced to Congress, though it remains unlikely to pass.

Evidence suggests climate risk governance in many companies falls short of shareholder expectations. Rather than overseeing climate risks, many boards may be overlooking them. In a survey conducted by Marsh and RIMS at the beginning of 2020 only 31% of respondents acknowledged that the board or senior leaders had asked for information about climate risks. According to CDP, the world’s leading climate disclosure platform, U.S. companies have some of the lowest levels of board oversight of climate risks globally — 60% compared to a global average of 73%. Given that companies reporting to CDP are likely to have above-average climate risk awareness, the real numbers are likely to be lower.

In some instances, senior leadership may be complacent about climate change. The same survey revealed that 39% of C-suite respondents thought their company was not exposed to climate risk at all. Executives were also significantly more likely than risk managers to believe there was no need to build resilience to climate change — 30% compared to 22%.

Less than one-quarter of C-suite respondents believed that climate risk had a “clear owner” in their organizations. It is perhaps unsurprising, then, that climate change is too rarely integrated into strategic planning and enterprise risk management. The Marsh-RIMS survey found that less than a third of respondents had discussed a comprehensive climate risk strategy and that only 12% had quantified the potential financial impacts of climate change.

Risk oversight is a key component of a director’s fiduciary duty, and deficits in oversight of climate risk may lead to material governance failures and the possibility of shareholder action, including litigation.

Number of US Climate Litigation Cases (Public and Private Defendants) 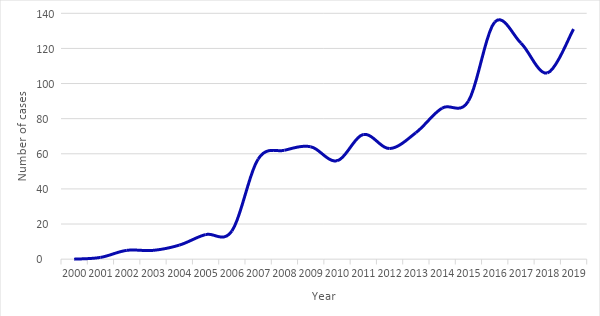 Plaintiffs have made various claims against companies relating to the management and transparency of climate risks. Companies have been sued for misleading investors by failing to disclose climate risks and for risking shareholder value in pursuit of high-carbon investments vulnerable to regulatory change. Other cases have argued that companies have misled consumers with marketing campaigns that greenwash their product portfolio and business activities.

Companies that fail to manage the foreseeable risks that a changing climate presents to assets and operations are also at risk of litigation. For example, one recent case argued that an oil and gas company had failed to plan for the effects of sea level rise and extreme weather at a major storage terminal, placing the local environment at risk from pollution.

To date, litigation has predominantly targeted the energy, power and financial sectors, but this focus is likely to broaden as climate impacts mount and the low-carbon transition spreads to other sectors of the economy. Meanwhile, expectations of boards and executive teams will continue to increase as shareholders, regulators, and policymakers pursue greater transparency and scrutiny of climate risks. Against this backdrop, for directors and officers in companies exposed to climate change, a deficit in climate risk oversight could become a personal liability. As an immediate action, directors would be well advised to revisit their directors and officers insurance to ensure that their policy covers this emerging litigation threat. More fundamentally, boards should consider what actions they can take to close any potential oversight deficit, including educating themselves on climate risk and assigning responsibilities for climate risk to a particular board committee or committees.

A version of this article previously appeared on the NACD blog, BoardTalk.

Jack Flug is the managing director, FINPRO, at Marsh U.S.