The Future of Belt and Road: Debt and Delays, or Huge Growth? 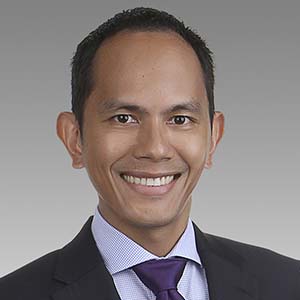 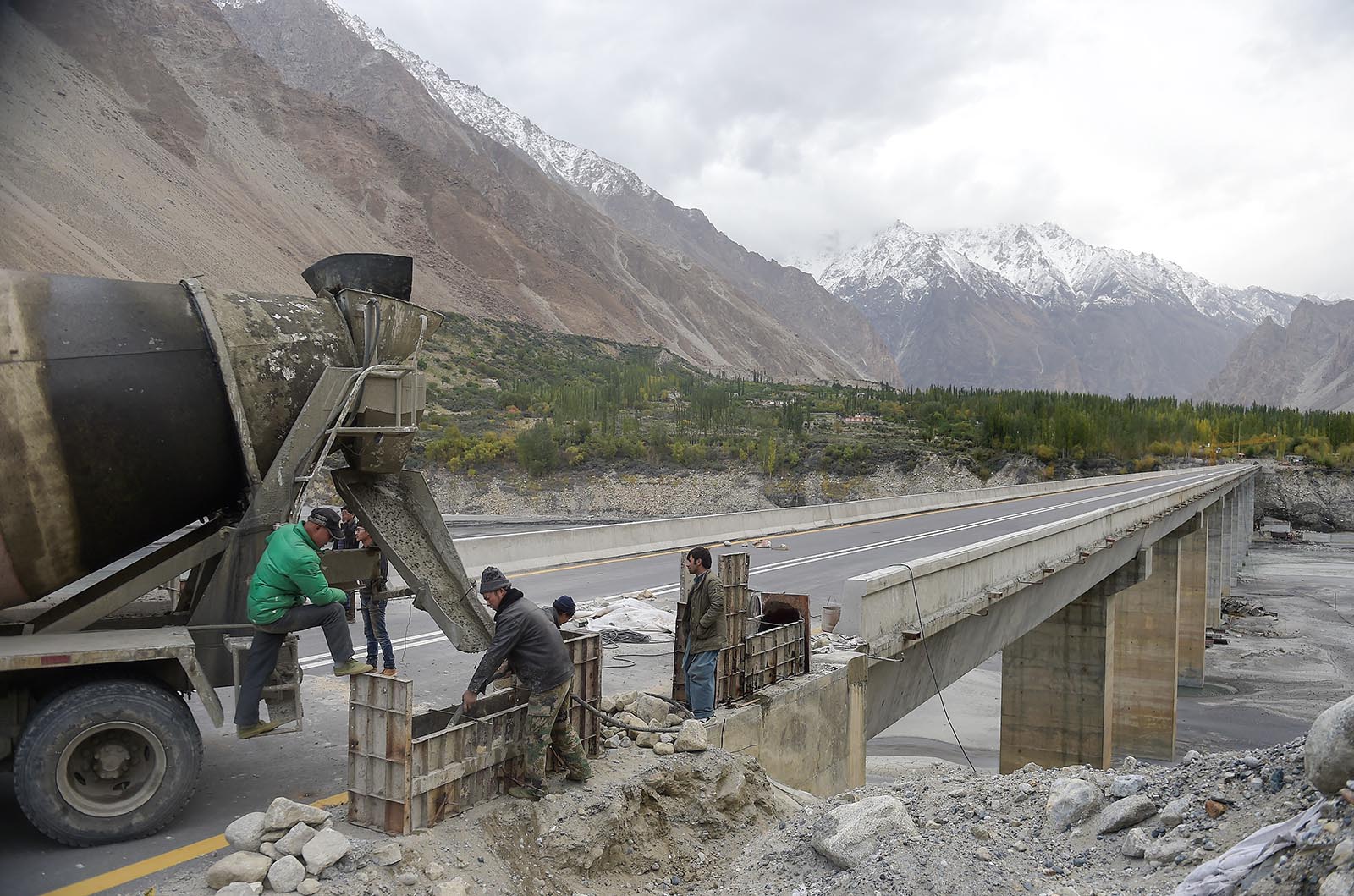 Chinese laborers work on the Karakoram highway in northern Pakistan. China's Belt and Road Initiative is expected to have a profound impact on global geo-economics, though some member states face serious risks.

The Belt and Road Initiative is China’s attempt to improve global trade connectivity by filling the infrastructure deficit experienced by poorer recipient economies. It is doing so by investing in infrastructure such as road, rail, pipelines, energy, fiber optic links and ports.

While there are undoubtedly risks associated with these BRI investments, there are many ways in which partner countries can benefit and, indeed, have already started benefitting.

With over 80 countries and international organizations as its members, the BRI is expected to have a profound impact on global geoeconomics. This is because of both the scale and the ambition of this project.

Infrastructure deficits due to stretched government finances and lack of technical capabilities have impeded growth in a number of recipient countries. Given these gaps, BRI investments will be a reprieve for member states. This is especially true for smaller economies: The proposed BRI investments make up 20 percent of 2017 GDP for Pakistan and about 15 percent for Bangladesh, for instance.

These large infrastructure investments can boost productivity and growth, and better connectivity and quality transport infrastructure should enable Asia’s poorer economies to become integral parts of the global value chain—especially as rising labor costs force Chinese firms to invest in other lower-cost destinations, such as garment manufacturing in Bangladesh. Improved infrastructure will also support regional development in general.

The BRI also presents an opportunity for more developed economies. For instance, Singapore could partner with China in building these BRI projects, and Malaysia could benefit from increased Chinese FDI in solar power.

The BRI will also promote connectivity through elements such as more harmonized cross-border administrative procedures, which should promote greater regional trade integration. China’s bilateral trade with BRI countries stood at $962 billion in 2016 (25 percent of total), and Chinese President Xi Jinping stated back in 2015 that he hoped China’s annual trade with BRI countries would surpass $2.5 trillion in a decade. The benefit to recipient countries will flow through due to reduced transport costs and better trade facilitation.

Development of the services sector

The BRI will promote the development of the services sector, especially in areas that cater to transit trade. This will be a particular boon for places such as Pakistan, which expects up to 4 percent of global trade to pass through the Gwadar-Xinjiang corridor by 2020, and Sri Lanka, which is likely to be integrated into a China-backed global trading route. Cross-border e-commerce and real estate investments are other areas expected to receive a boost. Additionally, tourism in most BRI countries will benefit, as better infrastructure will help attract tourists from both China and elsewhere.

Financial sector integration is another likely outcome, as the banking sector in partner countries will need to cooperate in on-lending and trade finance, in turn leading to growth in legal and professional services. Singapore stands to benefit the most: first, as a stopover for Chinese tourists en route to other destinations; second, as a logistics and transshipment hub; and third, as an international financial center.

For example, the electronics and tourism sectors could be an attractive destination for more Chinese FDI in Thailand under its flagship Eastern Economic Corridor. Similarly, FDI is also likely to flow into the manufacturing sector in Indonesia, which is trying to reduce its dependence on the commodity sector.

Exhibit 1: Impact on ASEAN as a Result of the BRI

Hand in hand with the many potential advantages that partner countries will derive from the BRI, there exist some risks.

The biggest concern with the BRI is the risk posed by an increased debt burden. Certain smaller economies, such as Pakistan and Bangladesh, are likely to receive substantial lending from China. The exact terms of the funding are not all publicly available, but they cover both concessional and commercial loans. Loans taken at a commercial rate for a project that does not generate sufficient returns would hurt the debt-servicing capacity of borrowers and result in debt distress. A Center for Global Development paper identifies eight countries, including Pakistan, that could suffer from debt distress due to future BRI-related financing (Exhibit 2).

In cases of debt distress, sovereignty issues could come to the fore. Sri Lanka’s inability to service debt taken to finance construction of the Hambantota Port resulted in China receiving a 99-year lease for managing the port. This, in turn, has raised concerns in India that the port could serve as a Chinese naval base. Smaller developing countries are more at risk as they do not have substantial bargaining power. Already, there are concerns that China’s use of Chinese construction materials and workers for BRI projects limits multiplier effects for recipient economies.

The BRI will increase trade between China and partner countries, but given the competitiveness of Chinese goods and the import of Chinese machinery under BRI projects, lower trade barriers could result in a sharper rise in imports from China than exports to China, ultimately widening trade deficits. Debt repayments and repatriation of profit could add further pressure, deteriorating the balance-of-payments position and exerting pressure on currencies. External indicators already show Pakistan and Kazakhstan as starting from a weak position.

Delays are not uncommon for big-ticket projects, but one benefit of the BRI is supposed to be an improved execution of such infrastructure projects, with Chinese funding support and technical capabilities.

However, thus far, this is not playing out as expected in some ASEAN countries. Across host countries, there is a range of execution problems, from land acquisition delays to cost overruns, among other constraints. And the high-speed rail projects in Thailand and Indonesia are experiencing significant delays as well the risk of reduced or minimal support from China. These problems may preclude other BRI projects, which have yet to be included in the pipeline, and may affect other channels such as non-BRI-related FDI inflows and stronger linkages in trade and tourism.

Moreover, most frontier economies have varied and less-developed legal systems. Resolving disputes in international contracts could result in complexities for companies involved in BRI projects.

Over time, there has been greater recognition of these associated risks and challenges and the need to address them. China has taken steps to improve the perception of the BRI after questions were raised over its real motives, especially by emphasizing the importance of greater connectivity and more investment in both hard and soft infrastructure. The BRI is evolving to show that it is flexible enough to accommodate the growth strategies of recipient countries. Also, more multilateral financing mechanisms such as the Asian Infrastructure Investment Bank should increase transparency.

Overall, the BRI can be a win-win initiative for both China and the recipient economies. China has the financial muscle and the technical infrastructure expertise, while many BRI countries are fiscally constrained and lack infrastructure funding. The BRI allows China to export its own manufacturing overcapacity, while better infrastructure in recipient countries will enable local industrialization and business creation. This should ultimately allow the significant, long-term benefits of the BRI to materialize.

Euben Paracuelles is Nomura’s chief ASEAN economist, responsible for tracking the economies of Singapore, Malaysia, Indonesia, Thailand and the Philippines. He is based in Singapore and joined Nomura in February 2010 from Royal Bank of Scotland. Prior to that, he was at Credit Suisse and DBS.

Bart Édes Distinguished Fellow at Asia Pacific Foundation of Canada
URL: https://www.brinknews.com/the-future-of-belt-and-road-debt-and-delays-or-huge-growth/
Get ahead in a rapidly changing world. Sign up for our daily newsletter. Subscribe
​​