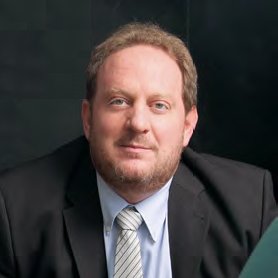 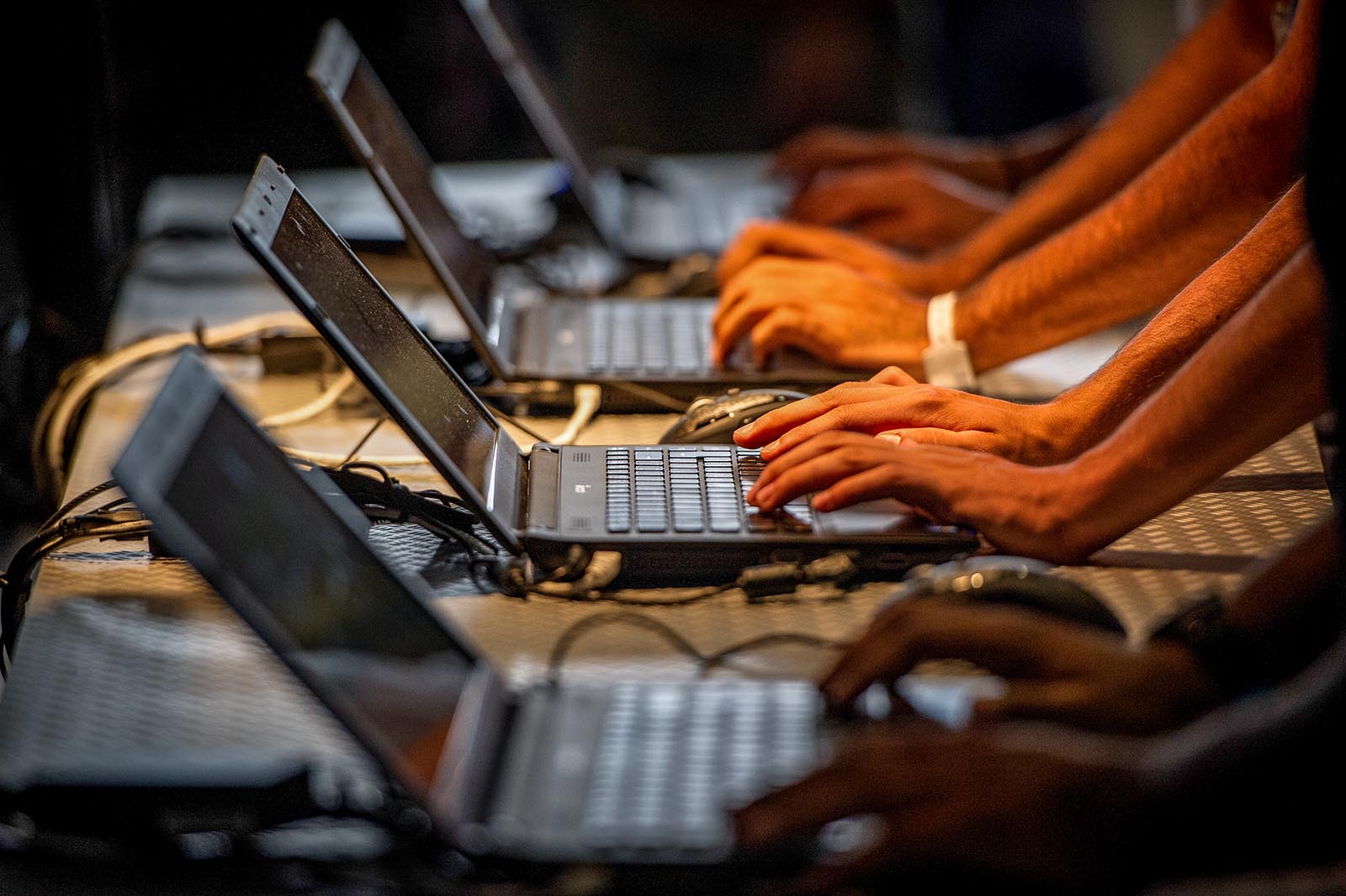 Participants use computers at an IT event focused on digital art, robotics, and other technology, in Sao Paulo, Brazil. A new wave of young Latin American entrepreneurs makes it a promising space for investment.

This is the fourth piece in weeklong BRINK series about Latin America. The previous pieces can be read here, here, and here.

The entrepreneurial wave has hit Latin America hard, and it appears to be gaining momentum. A new generation of millennials and post-millennials, led by a group of early entrepreneurs in their late 30s to early 50s, believes that it can improve lives by creating new and better solutions to everyday problems.

The phenomenon is manifesting everywhere—not just in Latin American cities. I have had the opportunity to visit multiple cities in Latin America, Asia, Africa and Europe that are not widely considered entrepreneurial hubs or innovation generators, but which have now clearly caught an entrepreneurial fever that is being fostered across all levels of society, government, industry and academia.

However, Latin America appears to be at a pivotal stage. Let’s begin with the demographics: The median age in Latin America is 27, and in most countries over 50 percent (or very close to it) of the population is under the age of 30. This stands in stark contrast to more developed countries with far fewer youth. However, demographic advantage is not going to last forever; it is estimated that by the year 2050, the median age in the region will rise to 41.

Education in Latin America is another crucial factor to consider. Higher education enrollment in the region has risen from 21 percent of the population to over 45 percent in the last 15 years. Even the poorest 50 percent of the population is getting a higher education, with enrollment rising from 16 percent to 25 percent between 2000 and 2013. This means that not only is there a large youth population, but that many of these working-age youths are well-educated.

Another key factor is the number of hours Latin Americans are used to working. According to the latest OECD statistics, Mexico, Costa Rica and Colombia are the top three countries they monitor with more annual working hours, followed closely by Peru, Argentina and Chile. This also means efficiency is a problem, of course, but it is an educational opportunity as well—I think anyone would much rather teach someone to be efficient than to work more hours. And salaries are very low, which means you can get top talent for less in the region. In fact, out of all countries that the OECD monitors, the bottom eight in terms of salary are Latin American, headed by Venezuela with the lowest average annual salary and followed closely by Peru, Cuba, Colombia, Brazil, Mexico, Argentina and Costa Rica.

Finally, I would put creativity as one of the main reasons why innovation in Latin America should be easier to achieve. People in the region have long had to solve their problems independently because their institutions are not trustworthy. I see this as one of if not the biggest educational opportunities in the region.

Moreover, Latin American youth rank the highest in the world in both necessity-driven entrepreneurship and entrepreneurial perception and intention. Society has changed, as have the students graduating from university. Twenty years ago, most students aimed to join large companies and move slowly up in the ranks; now, at least half (if not more) are willing to create companies and risk failing, a cultural change that needs to be nourished.

Whoever ascends to power in Latin America must understand the importance of entrepreneurship as a source of competitiveness, job creation and economic growth.

The last piece of the puzzle is the funding available for these potential entrepreneurs. According to LAVCA’s latest report, the number of Latin American PE and VC deals has risen dramatically in the last decade, growing from around 170 deals in 2010 to over 420 deals in 2017. In fact, in Mexico alone (probably the largest player in the region today), the number of seed and VC funds has risen from three, in 2008, to over 60 today. And having local partners is starting to attract U.S., European and Asian players to the region as well.

Where Are the Opportunities?

If you follow the trends, the main opportunities will end up being in specific problem areas that technological advances can address quickly, helping to bridge the digital divide between the developed world and the region’s countries. These include:

Despite these advantages and opportunities, there are also great obstacles to make it all happen. Some cultural and some systemic.

Culturally, Latin Americans are very averse to risk, and most only invest in “secure” ventures such as real estate. The lack of financial education is a key factor that does not allow potential entrepreneurs to thrive.

On the systemic side, corruption, lack of institutional trust and impunity are probably the biggest hurdles to surpass in the next few years. Companies need to think globally and compete against global competitors; they cannot cheat or take shortcuts. To attract foreign investment, governments will need to create a new system that is more meritocratic and accessible to all.

Currently, the regulatory environment suffers from lack of trust. Although the legal framework appears to exist, the lack of transparency and the unequal application of the law make it very hard for companies to compete on fair ground.

Another big hurdle is the lack of success stories in the region. With some exceptions, Latin American startups do not seem to have the growth expectancy of their counterparts in Asia, the U.S. or Europe. Doing IPOs in Latin America is almost impossible, mainly due to the fact that stock exchanges are monopolized in these countries and act more like gatekeepers than promoters, regulating the admittance to the IPO club rather than encouraging companies to achieve a final stage of growth by becoming public.

In Mexico, for example, even though regulation requires a mere $3.5 million in market capital to be listed, no intermediary will take you public with less than $500 million in market cap, and the typical public company averages $2 billion in market cap. Thankfully, countries like Brazil and Mexico are taking steps to open new stock exchanges to change this: In Brazil, ATS will be the first competitor of BOVESPA, and in Mexico BIVA will rival the BMV.

Also, the M&A activity for startups in the region is remarkably low. This is mainly due to the relative youth of the region’s startup ecosystems. Companies simply have not reached a large enough commercial stage to become interesting acquisition targets. Exit strategies are the key to continue encouraging investment in startups, and success stories are the fuel to continue to generate entrepreneurs.

Finally, this is an electoral year in many countries. Venezuela, in an obviously fraudulent election, re-elected deceased former President Hugo Chavez’s chosen successor, Nicolás Maduro. In Colombia, a runoff election recently decided the winner of the presidential race. Mexico’s election will come in July, and Brazil’s will be in October. Left-wing populism appears to be the new normal in the region, and that may challenge any sustained focus on innovation and entrepreneurship.

Whoever ascends to power in these Latin American behemoths must understand the importance of entrepreneurship and innovation as sources of competitiveness, job creation and economic growth. They should continue to foster them accordingly, taking advantage of the historical economic opportunity that presents itself today.

Founder and CEO at Startup Mexico

Marcus Dantus is the founder and CEO of Startup Mexico, a private company backed by both the federal and Mexico City governments. The company hosts aspiring entrepreneurs and startups, and seeds capital funds, university initiatives and corporations.

Margaux Nijkerk Ethereum Protocol Reporter at CoinDesk
URL: https://www.brinknews.com/the-latin-american-investment-opportunity/
Get ahead in a rapidly changing world. Sign up for our daily newsletter. Subscribe
​​