The Moon Landing Was a Triumph of Management. Fifty Years Later, What Comes Next? 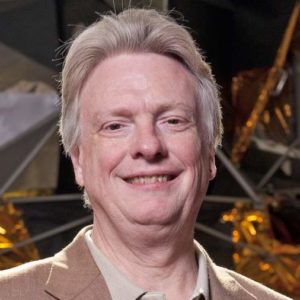 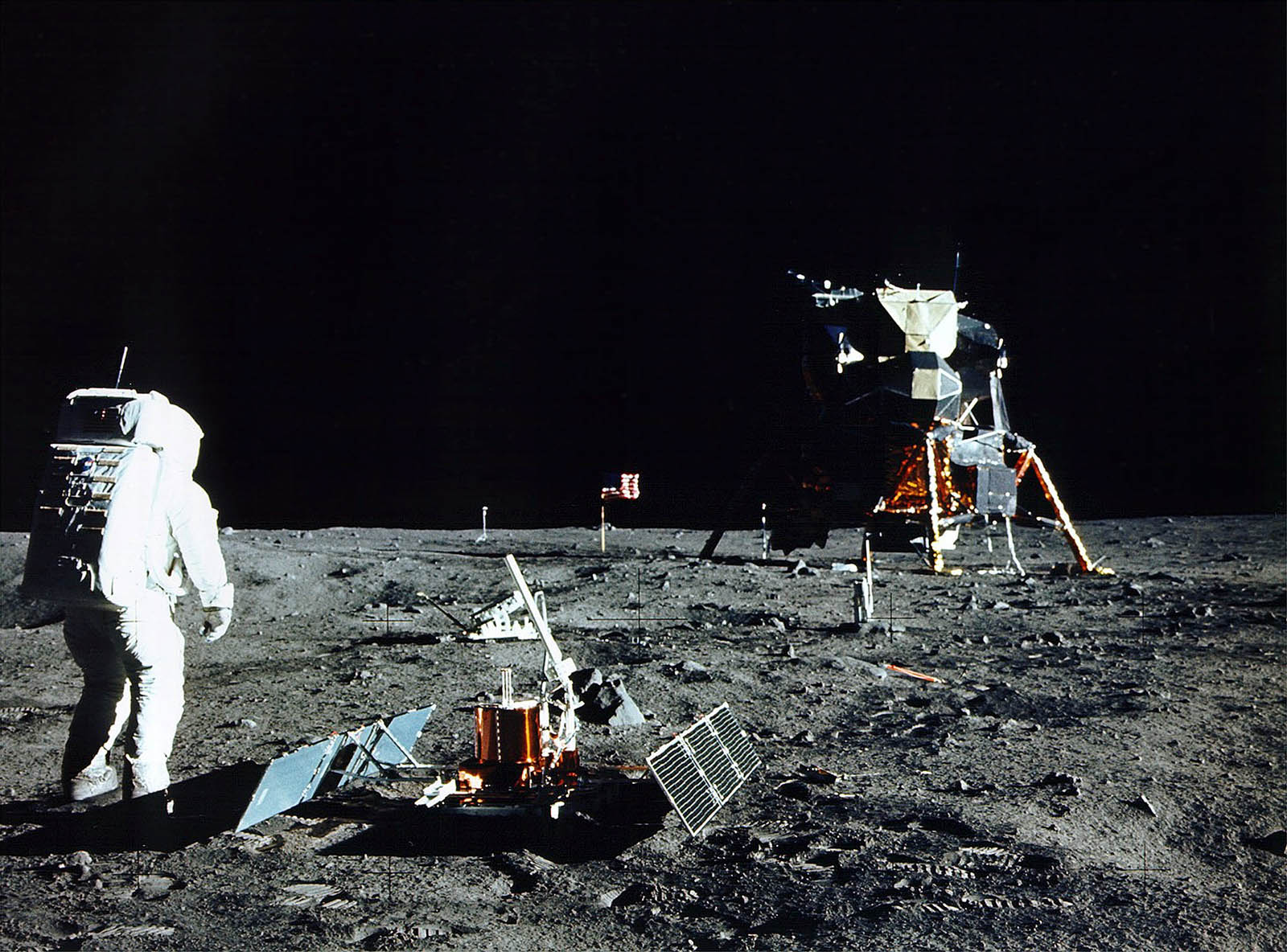 Astronaut Edwin E. Aldrin Jr., lunar module pilot, stands near a scientific experiment on the lunar surface. July 2019 marks the fiftieth anniversary of the epochal lunar landing of Apollo 11 in the summer of 1969.

July 2019 marks the fiftieth anniversary of the epochal lunar landing of Apollo 11 in the summer of 1969. A unique confluence of political necessity, personal commitment and activism, scientific and technological ability, economic prosperity, and public disposition made possible U.S. President John F. Kennedy’s 1961 decision to carry out an aggressive lunar landing program.

Its success proved enormously significant, coming at a time when American society was in crisis. The project had originated as an effort to deal with an unsatisfactory situation: the global perception of Soviet leadership in science and technology. But beyond these immediate political objectives, Project Apollo took on a life of its own and left an important legacy to both the nation and the proponents of space exploration.

A Triumph of Management

One of the legacies of the project to remember on this anniversary is that Project Apollo was a triumph of management, overcoming substantially difficult systems engineering and technological integration challenges. James E. Webb, the NASA administrator at the height of the program between 1961 and 1968, always contended that Apollo was much more a management exercise than anything else; the technological challenge, while sophisticated and impressive, was within grasp. More difficult was ensuring that those technological skills were properly managed and used. NASA leaders had to acquire and organize unprecedented resources to accomplish the task at hand.

NASA personnel employed a program management concept that centralized authority over design, engineering, procurement, testing, construction, manufacturing, spare parts, logistics, training and operations. One of its fundamental tenets was that three critical factors — cost, schedule and reliability — were interrelated and had to be managed together. Many recognized that if program managers held cost, for instance, to a specific level, then one of the other two factors, or both of them to a somewhat lesser degree, would be adversely affected. This held true for the Apollo program.

The schedule, dictated by the president, was firm. Since humans were involved in the flights, and since the president had directed that the lunar landing be conducted safely, the program managers placed a heavy emphasis on reliability. Accordingly, Apollo used redundant systems extensively so that failures would be both predictable and limited in their effects. The significance of both of these factors forced the third factor, cost, much higher than might have been the case with a more leisurely lunar program, such as one conceptualized in the 1950s. As it was, this was the price paid for success under the Kennedy mandate, and program managers made conscious decisions based on knowledge of these factors.

The program management concept honed during Apollo has found application thereafter in such things as infrastructure construction and management in cities around the nation as NASA veterans moved to implement rigorous management principles pioneered in Apollo.

Among its other legacies, one of the most important is that the Apollo program accomplished the political goals for which it had been created. President Kennedy had been dealing with a Cold War crisis in 1961, brought on by several separate factors — the Soviet orbiting of Yuri Gagarin and the disastrous Bay of Pigs invasion being only two of them — that Apollo was designed to combat. Then, as now, the world recognized that the future belonged to the people who could master science and technology. Nothing was more scientifically and technologically difficult than spaceflight. Apollo’s success helped to gather to the American side of the Cold War nonaligned nations that looked to cast their lot with the winning coalition in the struggle between the Americans and the Soviets.

On a more philosophical note, Project Apollo also forced the people of the world to view the planet Earth in a new way. Apollo 8 was critical to this sea change, for on its outward voyage, the crew focused a portable television camera on Earth, enabling humanity to see its home from afar: a tiny, lovely and fragile “blue marble” hanging in the blackness of space.

Writer Archibald MacLeish summed up the feelings of many people when he wrote at the time of Apollo that “To see the Earth as it truly is, small and blue and beautiful in that eternal silence where it floats is to see ourselves as riders on the Earth together, brothers on that bright loveliness in the eternal cold — brothers who know now that they are truly brothers.” The modern environmental movement was galvanized in part by this new perception of the planet and the need to protect it and the life that it supports.

The Apollo program, while an enormous achievement, left a divided legacy for NASA and the space community.

The ‘Golden Age’ of Apollo

Ultimately, however, the Apollo program, while an enormous achievement, left a divided legacy for NASA and the space community. The perceived golden age of Apollo created for the agency an expectation that the direction of any major space goal from the president would always bring NASA a broad consensus of support and provide it with the resources and license to dispense them as it saw fit.

Something most NASA officials did not understand at the time of the Moon landing in 1969, however, was that Apollo had not been a normal situation — and would not be repeated. Because of the birth of the Apollo program in a crisis Cold War environment in 1961, a crisis that was not repeated thereafter, the Kennedy decision to reach for the Moon represented an anomaly in the national decision-making process.

The dilemma of the “golden age” of Apollo has been difficult to overcome, but moving beyond the Apollo program to embrace future opportunities has been an important goal of the agency’s leadership in the recent past. Exploration of the solar system and the universe remains as enticing a goal and as important an objective for humanity as it ever has been.

Project Apollo, in general, especially the flight of Apollo 11, should be viewed as a watershed in U.S. history. The technology required to reach the Moon was certainly more complex than anything ever attempted before. NASA engineers needed a truly powerful rocket with a larger payload capacity than any envisioned before. They also recognized the need for a spacecraft that could preserve the life of fragile human beings for at least two weeks; this included both a vehicle akin to a small submarine but one that could operate in space and a second spacecraft in the form of a spacesuit that allowed the astronauts to perform tasks outside the larger vehicle. Third, they needed some type of landing craft that would be able to operate in an environment at the Moon — far different from anything found on or near Earth. Finally, they needed to develop the technologies for guidance and control, communication, and navigation to reach the Moon.

Furthermore, the scientific experiments placed on the Moon and the lunar soil samples returned have provided grist for scientists’ investigations ever since. The scientific return was significant, especially from the last three Apollo missions, which used a lunar roving vehicle to travel in the vicinity of the landing site.

The project was an enormous undertaking, costing $25.4 billion (about $160 billion in 2019 dollars), with only the building of the Panama Canal rivaling the Apollo program’s size as the largest nonmilitary technological endeavor ever undertaken by the United States. And only the Manhattan Project was comparable in a wartime setting.

The Future of Space Travel

Any return to the Moon will likely take a different path. In the early 21st century, a confluence of international actors and entrepreneurial firms have emerged, making a partnership approach to lunar exploration a viable option. The success of the consortium that constructed and operates the International Space Station may well be extended to a lunar base.

Moreover, the Moon has an abundance of materials available from which to create a largely self-sufficient base. For instance, using ice from the poles, an international crew on the Moon would be able to create water, oxygen and hydrogen. Using solar energy, they may also create virtually unlimited electrical power. These are critical components for a permanent human presence, and they already reside on the Moon in abundance.

Any lunar base will probably look a lot like Antarctica, at least in the short term. It will start as an international research station staffed by scientists, engineers and technicians performing useful tasks that benefit all of humanity. In so doing, it could enable continued peaceful and evolutionary international cooperation in space relatively close to Earth. Project Apollo began this process of lunar exploration; it is up to those in this century to carry it forward.

Roger Launius is the former chief historian for The National Aeronautics and Space Administration.

Til Schuermann Partner and Co-Head of Oliver Wyman’s Risk & Public Policy Practice
URL: https://www.brinknews.com/the-moon-landing-was-a-triumph-of-management-fifty-years-later-what-comes-next/
Get ahead in a rapidly changing world. Sign up for our daily newsletter. Subscribe
​​