The Thirst for Power: Hydroelectricity in a Water Crisis World 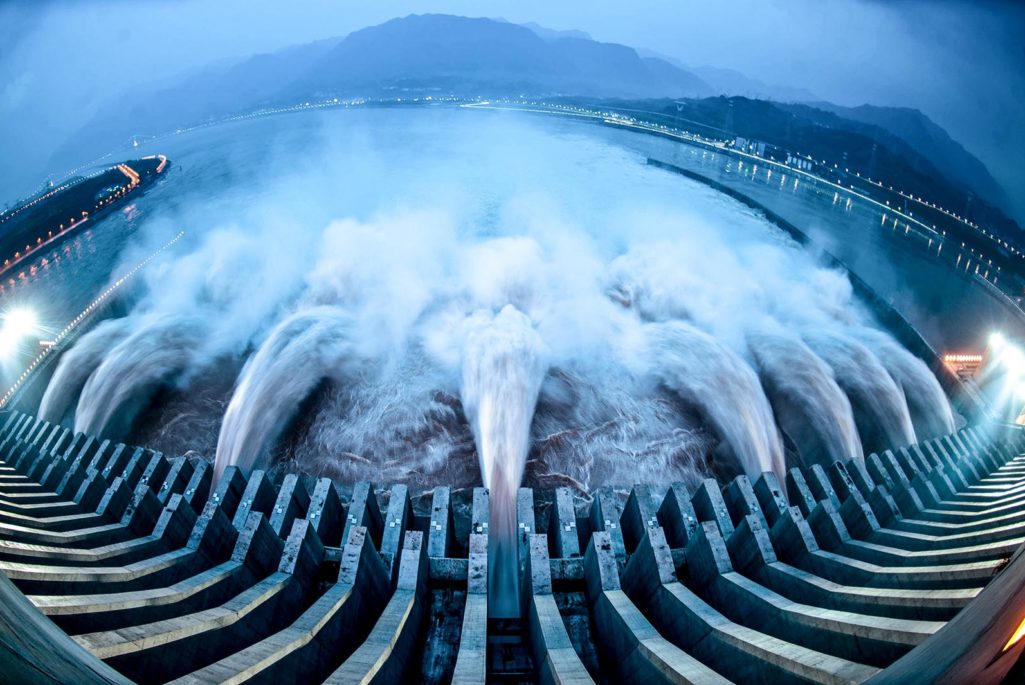 Water is released from the Three Gorges Dam, the world’s largest hydropower project on the Yangtze river, in Yichang, central China's Hubei province, after heavy downpours.

The Earth’s thirst for power is teetering toward crisis in an era of increasing water scarcity where nine of its largest operating power plants are hydroelectric.

As the countries work to balance the energy trilemma and provide secure, affordable and environmentally sustainable energy, the link between energy and water and the rising demands for both are stressing resources.

In a report issued earlier this year, the World Energy Council noted that the UN “has projected there could be a 40 percent shortfall of water availability globally by 2030.” The WEC warned that “we will start to see the effects of water scarcity on energy supplies in the very near future.”

The fourth largest power plant in the world, the Guri dam in Venezuela, is so short of water that power outages could last up to eight hours a day, forcing factories to close early, driving down production and creating darkened havens for muggers and other criminal activity. Kashiwazaki-Kariwa is a nuclear facility that Japan took off-line in the aftermath of the Fukushima nuclear disaster and has not restarted. Source: EIA

Hoover Dam—one of the largest power plants in the United States—has reduced its generating capacity by 23 percent, owing to a drop in falling water levels. If climate change predictions prove true and if stricter water governance policies aren’t put in place, there won’t be enough water to drive the dam’s power-generating turbines. “It is an outcome that would destabilize energy markets in the Southwest, send retail customers that serve millions of residents to the spot market to buy power at up to five times the cost and dissolve the illusion that rivers are infinitely malleable to our own purposes,” wrote environmental journalist Brett Walton.

It is not just hydro-power that is at risk from changing climatic conditions. Water is used all along the energy value chain in primary energy production (coal, oil, gas, biofuels) and in power generation (hydro, cooling). As much as 98 percent of the world’s electricity depends on water and could be affected by a water shortfall by 2030.

More than half of the world’s power utilities from 2009 through 2014 experienced the negative effects from water shortages, with two-thirds of power utility and energy companies indicating that water scarcity represents a substantive business risk.

Water scarcity is already having a global impact on power generation, according to the World Bank:

The World Bank goes on to say:

Without significant action, these types of problems are only expected to get worse. By 2035, the world’s energy consumption will increase by 35 percent, which in turn will increase water consumption by 85 percent, according to the International Energy Agency. Climate change will further challenge water and energy manage­ment by causing more water variability and intensified weather events, such as severe floods and droughts.

Mark Campanale Founder and Executive Chair of The Carbon Tracker Initiative
URL: https://www.brinknews.com/the-thirst-for-power-hydroelectricity-in-a-water-crisis-world/
Get ahead in a rapidly changing world. Sign up for our daily newsletter. Subscribe
​​