Jean-François Thibault
Professor of International Relations at University of Moncton 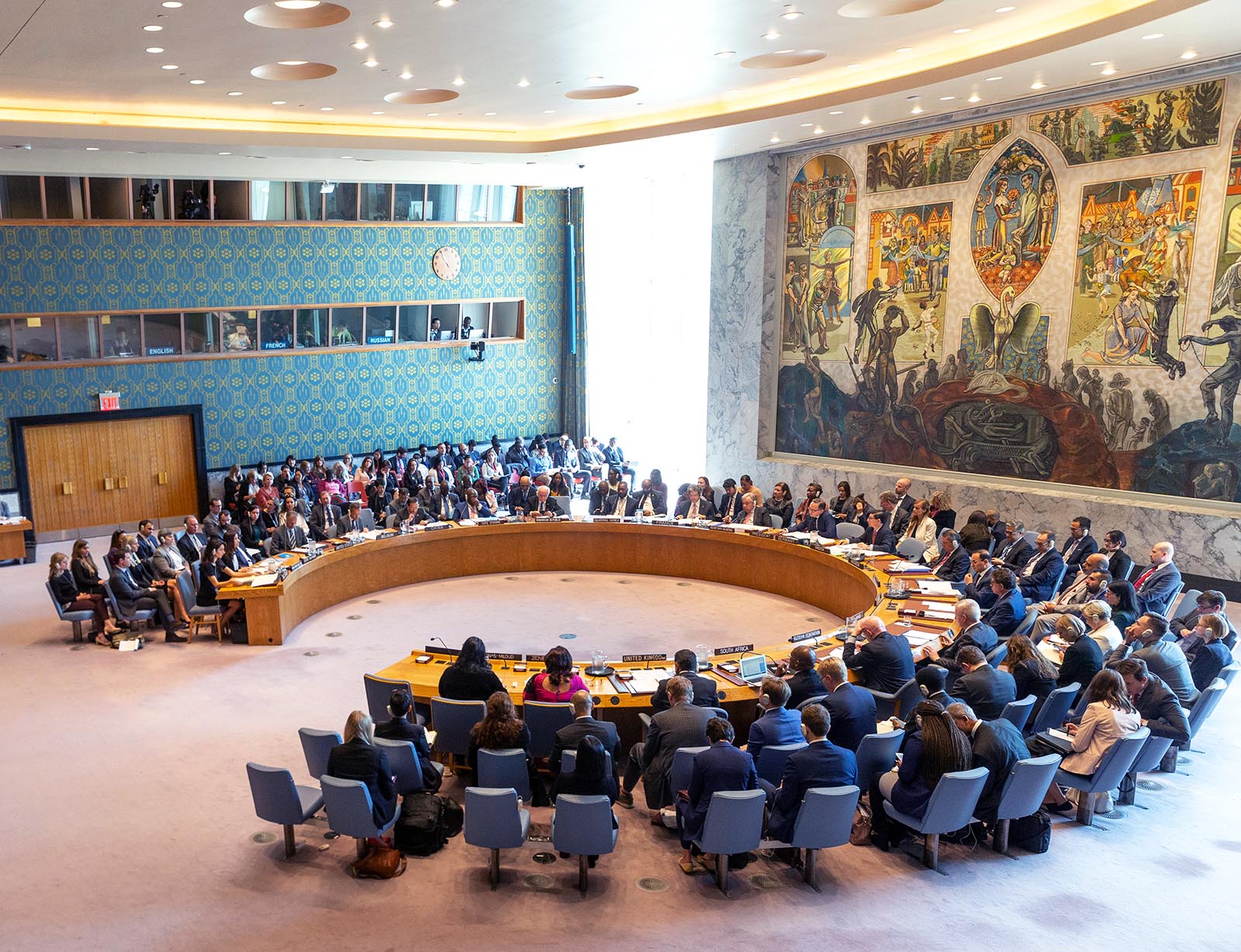 United Nations Security Council meeting held on April 2019 at UN Headquarters in NY. The UN now has 193 member states, and the evolution of the international system clearly highlights the need for better representation.

Canada has a lesson to learn from the results of the balloting for one of two available seats on the United Nations Security Council. After years of lobbying — although not as many as the victors — it came in third in a three-way contest with Norway and Ireland.

The message should be clear: Canada could and should do more. But beyond this disappointment for one country, the entire collective security system probably needs to be rethought, starting with the Security Council.

Created 75 years ago on Oct. 24, 1945, in the aftermath of World War II, the UN’s primary purpose is to maintain international peace and security. In order to ensure “prompt and effective action,” the signatory states of its Charter established a central body, the Security Council, with primary responsibility in this regard.

The Security Council was originally conceived on a basis of responsibility and capacity, rather than on a principle of representation. It was composed of five permanent members — the victors of World War II (China, France, Russia, the United Kingdom and the United States) — and six non-permanent members elected by the General Assembly for two-year terms.

Seventy-five years later, is the Security Council still relevant in its current form? How can we fundamentally transform it so that it can truly fulfill its role?

As an observer of the United Nations, and as someone who studies international governance and security issues, I am not optimistic. My work on the enlightened realism that animated former Canadian prime minister Lester B. Pearson’s diplomatic efforts reinforces the sense that the world has changed profoundly and that the Security Council is becoming less and less responsive in crisis after crisis.

While the number of member nations in the UN increased from 51 in 1945 to 99 in 1960, it took lengthy negotiations to finally make it possible to raise the number of non-permanent members of the Security Council from six to 10 and distribute these members according to geographical logic. But the tone had already been set: Although the resolution was adopted in the General Assembly by 96 votes in favor, several countries were against it, in particular France and the Soviet Union, or abstained, as in the case of the U.S. and the UK.

The impasse contributes to the weakening of the authority, legitimacy and effectiveness of the Security Council.

This question of greater representation is, not surprisingly, at the heart of the debates that have taken place since the reform of the Security Council. It was on the occasion of another important increase in the number of UN members, to 159 in 1990 and 184 in 1993, that these debates were restarted. Thirty years later, consensus on a model for reform is still not in sight.

Several proposals are on the table. The most significant is that put forward by the Group of Four (Brazil, Germany, India and Japan). The members of this group wish to enlarge the membership of the Council so that they — together with two states from the African Group, including South Africa — can have a permanent seat with the same privileges as the current members. The number of non-permanent seats would also be increased to 14 for a Council of 25 members.

In a counter-proposal, members of the Uniting For Consensus Group (created in the mid-1990s and formerly known as the Coffee Club), favors a simple increase in the number of seats occupied by non-permanent members from 10 to 20. The members of this group — which now includes Canada, Italy, Argentina, Pakistan, Mexico, New Zealand, Spain, Sweden and others — are also juggling the idea of creating a new category of semi-permanent members and limiting the veto power of permanent members on a case-by-case basis.

In 2004, the Secretary-General’s High-Level Panel on Threats, Challenges and Change presented two options for reforming the Security Council’s membership.

The first proposed the creation of six permanent seats without veto power and three new non-permanent seats with a two-year term. These would be distributed among the regions so that each area would have six seats on the Council, including two for Africa, three for Asia and the Pacific (including China), four for Europe (including France, the UK and Russia) and two for the Americas (including the U.S.).

The second proposal would see the creation of a new category of non-permanent members, this time for a renewable term of four years. Two seats would thus be allocated to each of the four regions and a new non-permanent seat with a two-year term would also be created. Each of the four regions would have six votes in a Council composed of 24 members.

Finally, anticipating an enlargement of the Council and calling for “full representation,” there was the joint African proposal based on “The Ezulwini Consensus” adopted by the African Union in 2005. It calls for at least two permanent seats with veto power (at least, for as long as it exists) and five non-permanent seats.

All these proposals suggest that there is a consensus among member states on the need for Security Council reform; however, because of the debates and resistance they raise, there is no consensus on the nature of such reform and, above all, on the form it could take in more concrete terms.

None of the proposals has the unanimous support of the permanent members and would not be able to garner the support of two-thirds of member states. In the meantime, the impasse contributes to the weakening of the authority, legitimacy and effectiveness of the Security Council.

A version of this article originally appeared on The Conversation.

Professor of International Relations at University of Moncton

Jean-François Thibault is a professor of International Relations at the School of Advanced Public Studies, University of Moncton.

Hamza Mudassir Lecturer in Strategy at University of Cambridge
URL: https://www.brinknews.com/the-un-security-council-isnt-working-will-it-ever-be-completely-reformed/
Get ahead in a rapidly changing world. Sign up for our daily newsletter. Subscribe
​​