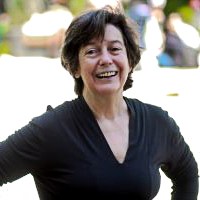 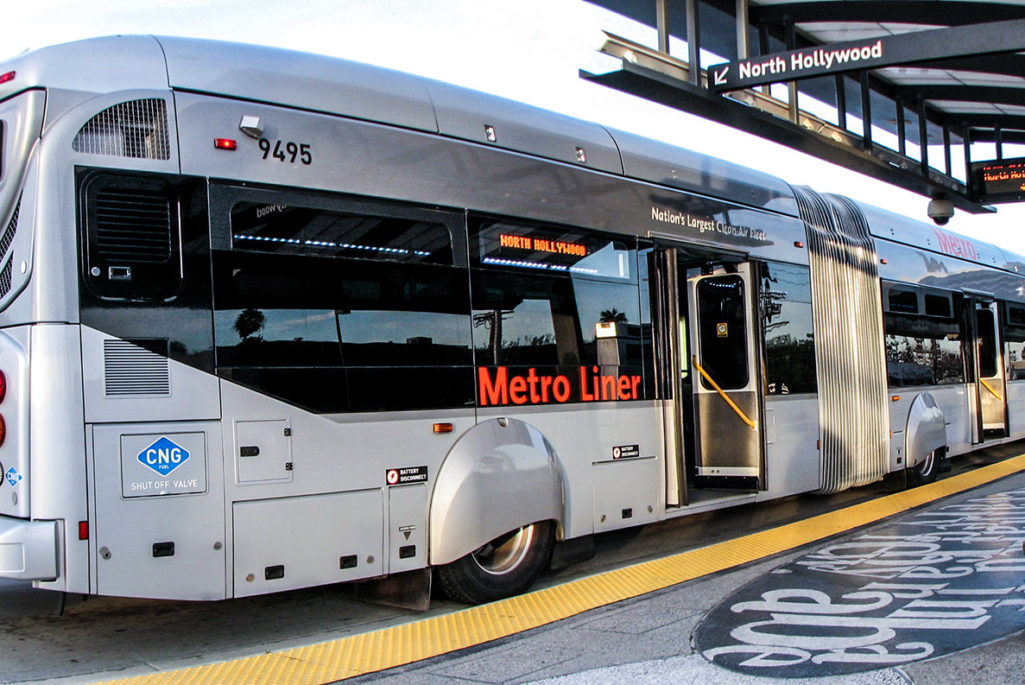 Metro Liner refers to the bus rapid transit services operated by Los Angeles County Metro that run on dedicated or shared-use busways. BRT systems are common in Latin America and Asia, but haven’t caught on as quickly in the U.S

In the face of growing demand and dwindling resources, prioritizing transit expansion that delivers the greatest benefits at the lowest cost is urgent—but the bias of transit agencies and advocates in favor of capital-intensive rail projects, and the resulting neglect of the unglamorous bus, can often lead to investments that are neither efficient nor equitable.

As Joshua Schrank of the Eno Center notes in “The Case of the Neglected Transit Bus,” federal policy also skews priorities because the nation’s largest discretionary federal transit fund only supports capital projects; there is no comparable pot of money available for operational innovations.

But upgrading bus performance is becoming more urgent, and not only because funding for trendy new rail is scarce. In growing cities, low- and moderate-income families are increasingly pushed to the periphery as transit-rich city centers gentrify. Job patterns are shifting as well—our largest cities are increasingly polycentric, with new job clusters growing in urban locations that are poorly served by legacy radial subway and rail systems.

Job locations reflect and amplify economic disparities. In New York City, jobs in high-wage sectors—in business, technical, and creative—are concentrated in the Manhattan central business district and the emerging gold coasts of Brooklyn and Queens—all areas richly served by transit. Low- and mid-wage jobs—in personal services, retail, health care, manufacturing, and transportation—are dispersed across the city and the region, with clusters at locations like airports, hospitals, and industrial parks that are disconnected from the subway.

Workers commuting from a transit-poor neighborhood to a transit-poor job center face ever-lengthening trips to work; even within New York City, most of the 879,000 workers who now commute over 60 minutes each way are from households earning $35,000 or less. Transit isolation imposes growing economic and non-economic costs on the families least able to bear them: workers face limited access to jobs; young people are isolated from educational opportunity; and seniors are cut off from health care and other essential services.

Buses fill the gap for transit-starved neighborhoods, but bus travel is made slow and unreliable by congestion.

Buses fill the gap for transit-starved neighborhoods, but bus travel is made slow and unreliable by congestion. Improving bus performance is both urgent and possible, thanks to an expanding box of tools that range from subtle technological fixes like traffic signal optimization and real-time arrival information to full-scale Bus Rapid Transit. New York City is beginning to deploy these strategies to create a transit-future that other U.S. cities could emulate.

Some version of Bus Rapid Transit has been implemented in over 180 cities worldwide, though many systems fall short of the definition established by the Institute for Transportation and Development Policy. To meet ITDP’s standards, a system must include key features—protected lanes, elevated station platforms, and off-board fare collection—that bring bus performance and passenger experience up to the levels passengers might encounter on light rail systems.

Paradoxically, these standards are most easily attained in the environments where people are least likely to use transit—the sprawling fabrics of post-automotive U.S. cities. In such cities, BRT has been an add-on, designed to lure so-called “choice riders” who already have a wide variety of transit options, but is often poorly integrated into existing bus networks.

New York City has taken a different route. Since 2008, the city has implemented Select Bus Service (SBS), a BRT hybrid adapted to its tight urban fabric. Bus lanes are painted, but not physically protected, and off-board fare collection is accomplished by a proof-of-payment system, eliminating the need to jam stations and turnstiles onto narrow and congested sidewalks.

Though derided by some as falling short of the BRT ideal, Select Bus Service has delivered major improvements in speed, comfort, and reliability to seven routes serving a total of 210,000 riders—all with relatively low capital investment compared to many alternative transit options.

Notwithstanding its modest capital demands, New York City’s contextual approach to BRT has required significant investment of political capital as well as agency bandwidth. DOT and MTA planners have engaged communities in SBS planning and design from the beginning, collaborating on everything from route identification to the details of station placement. Even with lane designs that minimize the loss of parking and travel lanes, reallocating street space can be fraught; implementation of SBS on Harlem’s 125th Street, was delayed by old-school business and political opposition. But the 2013 elections brought New York not only a new mayor, but also a more progressive City Council, many of whose members have become vocal champions of high-quality BRT for the low-income communities they represent.

Framing of transit, specifically of bus service, as a social justice issue is evolving. In 1994, the Bus Riders Union sued the transit authority in Los Angeles under Title VI of the Civil Rights Act, charging that its prioritization of rail and highway projects systemically discriminated against the largely African American and Latino users of its then-dilapidated bus system. The suit was settled in a 1996 consent decree under which the authority invested $2.5 billion in bus improvements through 2006.

Nationally, many transit agencies and advocates continue to pursue expensive rail projects serving relatively small numbers of riders, justifying them on environmental grounds and on the putative economic benefits of boosting downtown real estate development. But implicit in the prioritization of “choice riders” over those Stephanie Pollack of Northeastern University’s Dukakis Center calls “core riders” is an undervaluing of the demographic most likely to rely on transit, and especially of bus riders, who are likely to be female, black or brown, and youth or seniors.

In New York City, the success of early Select Bus Service routes has stoked demand for more and better service citywide. The city plans to expand the SBS network to 20 routes by 2021, and introduce additional BRT features where feasible. Importantly, plans for expansion emphasize connecting now-underserved communities and workplaces to increased transit options.

This piece first appeared in the Aspen Journal of Ideas and is part of the Pratt Center’s transportation equity work.

Director of Policy at the Pratt Center for Community Development

Joan Byron is director of policy at the Pratt Center for Community Development and leads the Center’s research and advocacy work on issues of social and economic justice in New York City and beyond.

Tracy Hadden Loh Fellow at Brookings Institution
URL: https://www.brinknews.com/transit-efficiency-transit-equity-and-the-unglamorous-bus/
Get ahead in a rapidly changing world. Sign up for our daily newsletter. Subscribe
​​