Two Billion People Unbanked; Here’s How to Change It 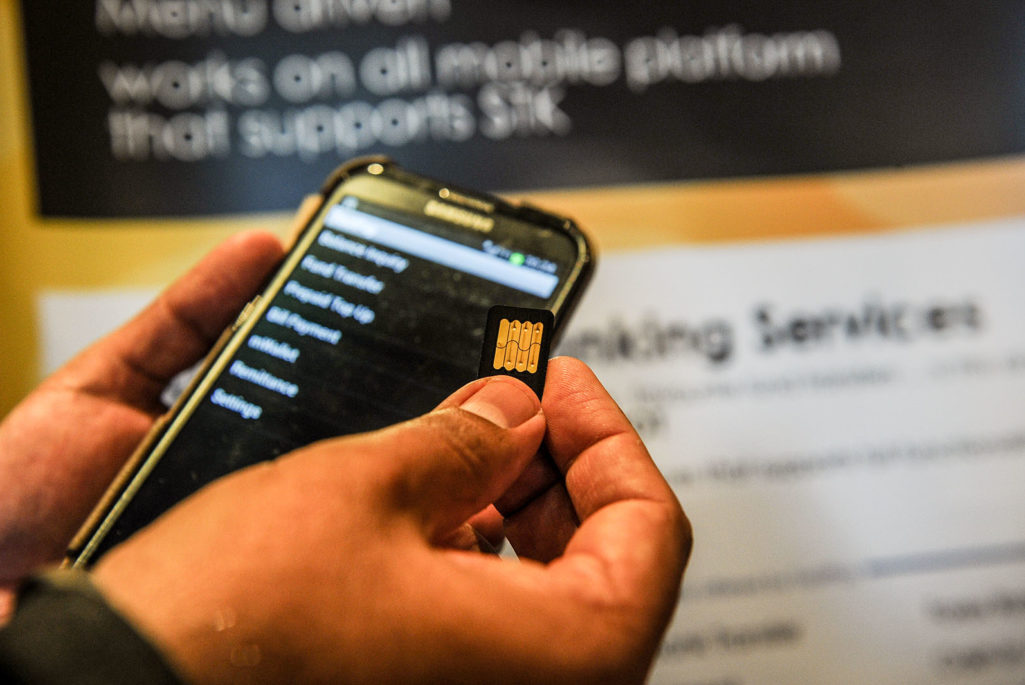 A man looks at a mobile phone banking system. Mobile banking, providing services like money transfer or bill payment, is developing fast in Sub-Saharan Africa, with 34 percent of the population using it, according to the World Bank.​

The World Bank (WB) has set an ambitious goal of securing universal access to formal financial services by 2020. Although 700 million people have signed up for a bank account since 2011, about two billion worldwide remain unbanked. As the WB seeks to expand worldwide financial inclusion, it should look to Sub-Saharan Africa (SSA) for inspiration.

In the developing world as a whole, 54 percent of adults have an account—up 13 percentage points since 2011, according to the Global Findex database. The vast majority of that growth came from people opening accounts at banks or other financial institutions.

Sub-Saharan Africa is the only developing region to defy this trend. In part by harnessing mobile money technology, through mobile money service accounts and the increase in bank agents that use mobile phones to reach rural clients, SSA drove up account ownership by a third, to 34 percent. Overall, 12 percent of adults in the region have a mobile money account, which is four times the developing world average.

This matters because accounts are a first entry point into the formal financial system, and without them, people are left to transact in ways that are often risky, wasteful and inconvenient. Parents squander time waiting in line to pay their children’s school fees in cash. Entrepreneurs turn to lenders who charge usurious rates. Cash savings get stuffed under a mattress.

Accounts help people take control of their financial lives by offering better ways to manage money. As the Findex team shows in its new policy note, SSA stands out for the high usage of accounts for payments and savings. Just 11 percent of accounts in the developing world are used to both make and receive payments. In SSA, that figure is 35 percent, close to the share in rich OECD countries and way ahead of all developing regions. Meanwhile, 42 percent of account owners in SSA use their account to save money. The only developing region with a higher rate is East Asia and the Pacific.

The picture isn’t entirely rosy. A big drawback to SSA’s progress is that it’s not widely shared. Gender inequality is the norm in most of the region: Just 30 percent of women have an account, compared to 39 percent of men. There’s also a big divide between rich and poor. About a quarter of adults in the poorest 40 percent of households own an account, against 46 percent of those in the richest 60 percent. Account ownership is three to four times higher among the rich in several countries, including Angola, Rwanda and Zimbabwe. SSA is hardly unique in this respect, as comparable gender and income gaps are found in the developing world as a whole.

We’ve seen that mobile money technology is deepening financial inclusion, but can it close the account ownership gaps in gender or income? So far, the evidence is mixed. It’s helping in Kenya and Côte d’Ivoire. Among adults who have financial institution accounts, there are deep inequalities between men and women, rich and poor and the young and the elderly. However, there are no such gaps among adults who only have mobile money accounts.

The same doesn’t hold elsewhere. In Tanzania, there’s a gender gap among those who only use mobile money, but not for those using financial institution accounts. Uganda struggles with gender and income gaps in both categories of account ownership. Looking at the region as a whole, the gender gap is, if anything, slightly higher among mobile money users.

Governments and businesses could help bring tens of millions of adults into the financial system if they stopped making routine payments in cash. Digitizing payments for agricultural goods could cut the number of unbanked by about 125 million, including up to 16 million in Nigeria. Some countries are already moving in this direction. In Kenya, Tanzania and Uganda, more than 10 percent of adults receive agricultural payments into accounts, often including mobile money accounts.

In some ways, then, the answers to Africa’s formidable financial inclusion problems are implied by the progress that’s already been made. By taking advantage of new technologies, and offering products that are cheaper and more convenient than cash, the region presents the world with lessons for expanding financial access. Development practitioners would do well to take notice.

This piece first appeared on the World Bank blog.

Irina Astrakhan is the practice manager, Finance and Markets Global Practice, covering Sub-Saharan Africa at the World Bank. In her capacity as Practice Manager, Irina leads the Finance team working in the 47 countries of Africa Region. Irina joined the World Bank Group in 1998 and since then has undertaken a broad range of assignments in the Financial and Private Sector Development Network, the IFC, Europe and Central Asia, Middle East and Africa regions of the World Bank.

Mark Campanale Founder and Executive Chair of The Carbon Tracker Initiative
URL: https://www.brinknews.com/two-billion-people-unbanked-heres-how-to-change-it/
Get ahead in a rapidly changing world. Sign up for our daily newsletter. Subscribe
​​