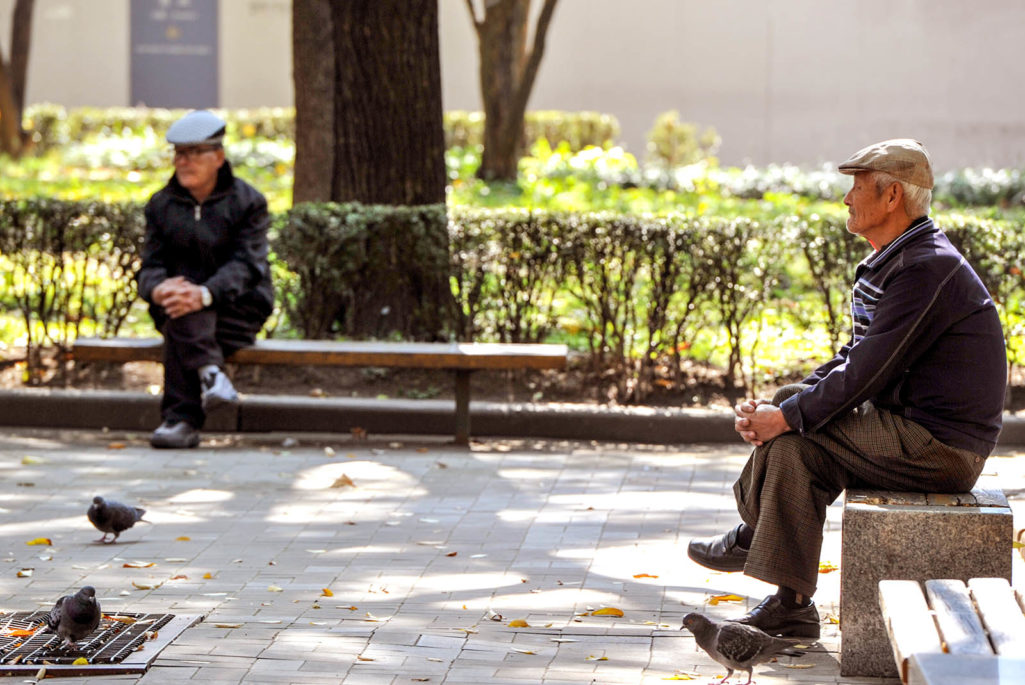 Korean men relax at a downtown park in Seoul. South Korea's rapidly-aging population.The pronounced demographic shift, triggered by a plummeting birth rate and soaring life expectancy, is seen as one of the greatest challenges facing Asia's fourth largest economy in the future.

It is imperative for all governments, including those in Asia, to change the retirement age and the eligibility age for social security and private pensions to mitigate the significant challenges posed by aging populations. Failure to do so will put pressure on retirement systems, adversely impacting the financial security provided to our older citizens.

Rapid economic development, longer life expectancy and declining birth rates are among the factors that continue to have an impact on pension systems across Asia, but some progress has been made to address these challenges, according to the 2016 Melbourne Mercer Global Pension Index.

According to the report, which assesses 27 countries’ retirement income systems globally and benchmarks them against more than 40 indicators looking at adequacy, sustainability and integrity, found Singapore— ranked seventh—to be the highest-ranking country in Asia for the fourth year running. Singapore registered an increase in its score due to increased government support provided to the poor, and an increase in the level of pension assets and labor force participation at older ages.

Denmark was ranked number one, closely followed by the Netherlands. These are the only two countries considered to have an “A” grade system, which means a robust retirement income system that delivers good benefits, is sustainable and has a high level of integrity. These systems also have good pension coverage of the working age population, a high level of assets compared to their gross domestic product (GDP) and well developed regulations.

The Impact of Aging Populations This chart shows the improvement in life expectancy at birth (males and females combined) for the seven Asian countries for the 40 years from 1970–75 to 2010–15.

Such increases in life expectancies will have profound effects on the sustainability of retirement systems. The average old age dependency ratio (ratio of population aged 65 and over to those aged 20 to 64) for the seven Asian countries in the Index has increased steadily since 1980 when it was 9.2, or a ratio of one older person for every 11 people of working age.

Three Asian countries are heading for an old age dependency ratio above 50 by 2040; that is, fewer than two people of working age for every retiree. Japan, South Korea and Singapore need to take action now to mitigate the financial pressures and to prepare the community for the many consequences of a much older population.

Are Some Countries Better-positioned Than Others?

To tackle this question, the study took the projected old age dependency ratios in 2040 as a starting point and then considered five mitigating factors that may help a country maintain its current retirement system.

The first two factors reflect the labor force participation of older workers, namely those aged 55–64 and 65 and over. A higher participation rate at older ages will naturally help to offset the economic consequences of a higher old age dependency ratio.

However, ongoing change and reform in the workforce is also important. To measure this impact, it considered:

While these factors are not foolproof, they are indicative of developments that can be important for the sustainability of, and hence community confidence in, the provision of future retirement benefits. This graphic shows the relative position of each country in respect of both the projected old age dependency ratio and the impact of the five mitigating factors.

The graphic above shows that, although Indonesia has a relatively low projected old age dependency, the country has some important mitigating factors—namely a relatively large labor force at older ages and significant increases in the retirement age.

This analysis indicates that several European and Asian countries—such as Japan, Korea, Singapore and China—are not currently well placed to counter the significant effects of their aging populations. In comparison, several emerging economies such as India, Indonesia and Malaysia do not have a major issue based on current trends.

What Should These Countries Do?

Each country’s retirement system has its own historical, political and cultural background. Notwithstanding these differences, it is imperative for many countries facing the consequences of an aging population that the labor force participation rate at older ages increases and that the pension eligibility age to receive pensions (from government and/or the private sector) must also rise.