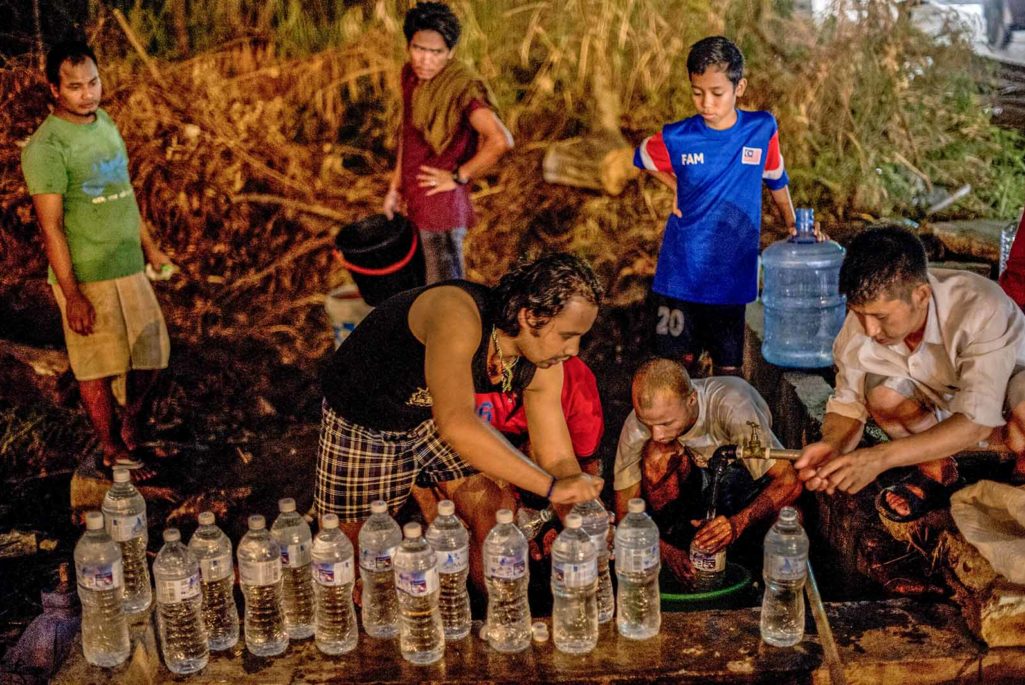 The Asian Development Bank estimates that developing Asia will need to invest $800 billion in water and sanitation infrastructure between 2016-2030. These massive investment needs make efficient financing mechanisms all the more crucial.

The national asset holding company model being used in Malaysia is one that could be usefully replicated and adapted to generate low-cost, long-term financing for other countries in the region.

In the early 2000s, water supply was a looming problem for Malaysia. The country’s rapid economic development in the preceding two decades had increased the demand for water, but water and wastewater infrastructure failed to keep pace. Water shortages in the capital region were imminent.

The state governments had built up debts to the federal government* that they were unable to service. Some states had also signed bulk water supply and concession contracts with private companies and were finding it difficult to meet their contractual commitments.

To address this situation, the government began a major restructuring exercise of water and sanitation services. The reforms were innovative and carefully designed, drawing upon international policy models carefully adapted to the local context.

Central to the reforms is the transfer of assets from the states to PAAB, a process known as “migration.” Each state must transfer assets to PAAB with a value equivalent to the outstanding debts owed to the federal government; the assets are then leased back to state-level operators.

Capital investment is financed by PAAB, which is able to take advantage of a federal government guarantee to raise low-cost finance on the capital markets and pass on low rates of interest and long pay-back periods (30-45 years) to the state water operators.

After migration, operators’ performance is monitored by SPAN. As a national institution, SPAN is able to benchmark the 12 state water operators against each other to compare performance and to incentivize efficiency.

The new policy was designed to meet the twin goals of achieving financial sustainability and boosting efficiency—but with implementation came challenges.

Migration Can Be a Long and Arduous Process

As of March 2017, 8 of the 11 states in peninsular Malaysia have signed an agreement to transfer assets to PAAB. The states that completed the migration process early were able to get access to PAAB finance to reduce non-revenue water (NRW, the amount of water delivered to the supply system for which no revenues are collected) and to increase water treatment capacity. In other states, the impact of the reforms has been slower and less clear-cut.

Lesser developed states lack the data necessary for putting together a viable business plan for consideration by SPAN. Without such a plan, the utilities cannot access PAAB financing, and SPAN cannot impose performance requirements on them.

Migration also requires the unraveling of public-private partnership contracts signed in the 1980s and 90s. The most protracted negotiation has been between Selangor and the capital region due to the competing interests of public and private stakeholders. After a long-drawn saga, a restructuring deal was agreed on with the concession holder in September 2015. Yet, as of March 2017, the water restructuring exercise with bulk water company Syarikat Pengeluar Air Selangor Holdings (SPLASH) has still not been resolved.

Malaysia’s experience with water supply and wastewater reform holds lessons for other countries in Asia.

Kelantan is the latest state to migrate—the terms were finalized in 2016. Kelantan is the only state in Malaysia where coverage is far from universal. Statewide, 40 percent of Kelantan’s population does not have a piped connection. PAAB financing will be central to extending coverage, and the state’s business plan is already under review by SPAN.

Three more states are still at the negotiating table: Kedah, Pahang and Terengganu. All three are predominantly agricultural, and their governments argue that the federal government should write off debts from investments in rural water supply so that PAAB leasing fees do not rise beyond the bounds of affordability for customers.

The Importance of Institution-Building

Alongside the state-by-state developments, SPAN and PAAB have been building their own capacity.

SPAN is focusing on harmonizing the way that financial and operating data are collected and analyzed. In 2016, SPAN issued detailed guidelines for setting tariffs and is currently consulting state governments on these guidelines before making them public. However, SPAN is far from being the independent regulatory agency originally envisaged.

PAAB, meanwhile, has been successful in raising financing on the capital markets through sukuk (Islamic bonds) issues. However, these funds are under-utilized. Some states are reluctant to use PAAB finance as it means that they lose control of the procurement process. States are also concerned about the rising cost of financing despite the discount PAAB offers on the market rate. Macroeconomic factors are driving up PAAB’s own cost of capital, and this will be passed through to its customers—the water operators.

Have the Reforms Contributed to Achieving Overarching Policy Goals?

Progress toward greater efficiency and financial sustainability in water supply can already be seen in the early migrating states and similar improvements can be expected in other states as the reforms are implemented.

However, achieving the same for wastewater still seems a distant prospect. Sanitation services are dependent on public subsidies, and cost recovery through tariffs remains a distant goal. A small step in the right direction came in 2016 when a pilot for joint billing of water and wastewater services began in the territory of Labuan.

A second policy concern not addressed by the reforms is declining urban water security. Selangor and Johor, the country’s largest urban and industrial centers, have water supply reserve margins of zero. A drought, contamination incident or even routine maintenance works lead to supply restrictions affecting thousands. In 2016, for example, 85,000 customers in Johor were subjected to rationing.

These shortages are due to under-investment in water supply infrastructure and the disconnect between water services and water resource development, which is still under the purview of state governments.

Lessons for Other Asian Countries

Policymakers in Malaysia have an opportunity to turn imminent water supply shortages to their advantage by using them to raise citizens’ awareness of the value of water and the need to invest for the future. The risk is that instead of taking forward the national reform agenda, politicians will instead blame each other for past failures, leaving Malaysia to face greater water risks than ever before.

Malaysia’s experience holds lessons for other countries in Asia, many of which face the same challenges of incentivizing efficiency in water utilities and raising low-cost, long-tenor financing for the sector. What is more, the vast majority of water utilities in the region are government owned and managed and seem likely to stay that way, at least in the medium term.

In many respects, regulating public utilities is a more difficult task than regulating private entities: some sanctions, such as fines and penalties, can’t be used, or they can be passed on to taxpayers, diluting the efficiency incentives. Secondly, bureaucratic hierarchies may constrain regulatory effectiveness if the regulator does not have the authority to impose its decisions on regulated entities further up the hierarchy.

On the positive side, the Malaysian case shows how economic regulation of public entities can be designed using benchmarking, sunshine regulation and utility-specific performance indicators to drive efficiency. However, it also highlights the need for the regulated entities to be sufficiently autonomous and to have the capacity to meet the regulator’s reporting requirements before it can deliver improved outcomes.

*There is a division of powers between Malaysia’s 13 state governments, which have the power to legislate on issues relating to agriculture and forestry, public works, local government and Islamic law, and the federal government, which retains greater administrative and budgetary powers.

Olivia Jensen is a senior research fellow at the Institute of Water Policy. Her research focuses on the political economy of water and sanitation service delivery including economic and environmental regulation, public-private partnerships, contracts and utility performance. Before joining IWP she was the Asia bureau chief of Global Water Intelligence. She has worked as a consultant for both public and private clients including the World Bank, OECD and UNEP.

Xianbin Yao Professorial Lecturer of International Studies at De LaSalle University Manila
URL: https://www.brinknews.com/water-supply-restructuring-in-malaysia-lessons-for-asia/
Get ahead in a rapidly changing world. Sign up for our daily newsletter. Subscribe
​​