We Are Using the Wrong Tools to Improve Diversity 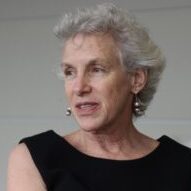 Joan Williams
Author of Bias Interrupted: Creating Inclusion for Real and for Good

Bringing greater diversity into the workplace is a constant challenge for most companies. DEI training is often expensive and delivers uncertain results. Joan Williams has decades of experience studying workplace bias and is the founding director of the Center for WorkLife Law at the University of California, Hastings Law. In her forthcoming book, Bias Interrupted: Creating Inclusion for Real and for Good, she argues that there are more effective ways for companies to achieve their DEI goals.

WILLIAMS: Much of what companies have been doing in the diversity and inclusion context has been a one-shot bias training, and you really can’t change a culture by doing anything once.

Bias training is necessary, but it’s not sufficient, because if you give a one-shot training and then you continue to have workplace systems that constantly transmit the same old five patterns of bias day after day after day, you’re not going to make much progress.

Chokepoints in the System

It has become easier since the murder of George Floyd to explain to people that to address systemic racism, you have to change systems. But it’s not the right approach to wait until we have more women and people of color leading organizations, because it’s precisely because of the subtle biases in the systems that we don’t have many women or people of color leading organizations.

And sometimes, ambitious women will figure the path of least resistance is to join the boys club and align against other women. In that situation, it’s not going to make a lot of difference if the person at the top is a woman. There’s one well-known CEO in Silicon Valley who took over a company, eliminated all telework and then proceeded to set up a nursery for her own child in the office next to hers. Some women are champions for other women, other women aren’t.

Black workers are much more likely to want to continue working remotely than white people are, in part because of the daily micro-agressions they experience at the office.

BRINK: You talk about choke points in the system. Could you elaborate on that?

WILLIAMS: The central message of the book is that companies should use basic business tools to solve this problem like any other; namely evidence, metrics and persistence.

But unfortunately, in the DEI context, people have not really begun to develop the metrics that they need to establish baselines and measure progress. And without that, nothing much is going to happen. We’ve seen sincere conversations, but they are not an effective organizational change tool.

One crucial choke point is the differential access to career enhancing work. We have created the Workplace Experiences Survey, a 10-minute survey that will pinpoint every basic pattern of bias, where it’s playing out in business systems and what the impact is on outcome measures like performance, belonging and intent to stay.

In our study of architects, 85% of white men say they have fair access to career enhancing assignments, but only 50% of Black women do. You can do everything else perfectly, but if you don’t solve that problem, you are not going to have improvements in diversity. And this is a problem that people have only begun to talk about in the past year or two.

I think of it as less of a change in mindset and more of a continuous improvement process of upgrading business systems, based on 40 years of evidence documenting the same patterns of bias over and over again.

One of the problems with the diversity frame is that, for too long, it has focused on changing people’s minds individually. That’s really not what we need. We need a bias training that explains to people what bias looks like on the ground, and then we need to build bias interrupters into the business systems.

Impact of the Pandemic on Bias

BRINK: What impact has the pandemic had on all of this?

WILLIAMS: Well, the upside is really substantial because we’ve been saying for a couple of decades, the only thing that’s held back remote work and all the rest of it was a failure of imagination. That failure just got solved in about three weeks time in March 2020.

Offering remote work will enhance companies’ ability to retain not only women, but also people of color. As this survey shows, Black workers are much more likely to want to continue working remotely than white people are, in part because of the daily micro-agressions they experience at the office.

However, companies need to be intentional in their hybrid working plans to combat on-site favoritism, where on-site employees get ahead and remote workers are treated as “out of sight, out of mind.” If women, caregivers and people of color are more likely to work remotely, this will further set back gender and racial equity in the workplace.

So, there’s a tremendous upside to what’s happened as a result of the pandemic in this transition to hybrid work. If well-managed, it will enhance diversity. But if poorly managed, it could corrode diversity gains further.

Author of Bias Interrupted: Creating Inclusion for Real and for Good

Joan C. Williams is a distinguished professor of law and founding director of the Center for WorkLife Law at the University of California, Hastings Law. She is the author of Bias Interrupted: Creating Inclusion for Real and for Good. Her website is www.biasinterrupters.org.