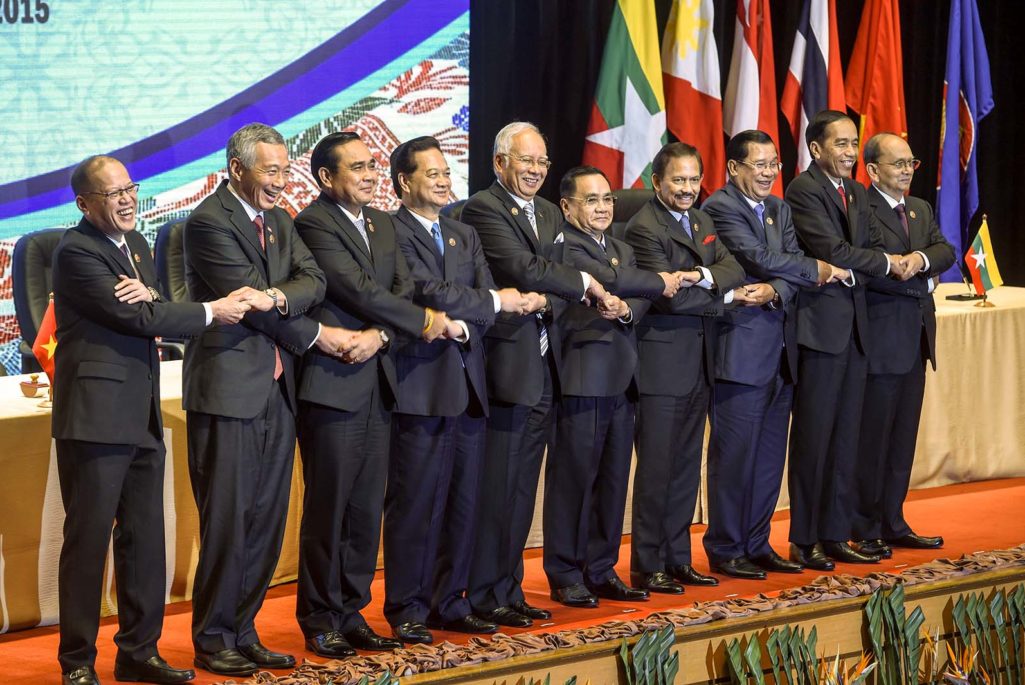 The Association of Southeast Asian Nations (ASEAN) is the most prominent regional grouping in the Asia-Pacific region. Since its inception almost five decades ago, its 10 member states have forged closer economic and social ties to gradually emerge as one of the world’s largest economies (when considered collectively as a bloc). However, a rapidly changing global economic and political landscape brings with it challenges, a few anxieties and new opportunities for the grouping.

BRINK Asia spoke with Simon Tay, chair of the Singapore Institute of International Affairs, about the changing dynamics that ASEAN is faced with and their wider implications for the region.

BRINK Asia: How do you think the changing global political landscape—and what many would argue is a backlash against globalization—will affect ASEAN?

Simon Tay: This question relating to inequality and globalization is already being felt in our region directly and in the populist movements we’ve seen recently in Indonesia and the Philippines, where individuals from outside of the political system have been voted to power. In Indonesia, for example, Jokowi’s win came without support from the Jakarta elite because he promised to make the lives of ordinary Indonesians better.

I think it is good news, too, because in different ways, governments in ASEAN are continuing to adapt. They are trying to clean up, and to make lives better for people. I think these are all parts of the social transformation and policy mix that ASEAN countries are going through.

However, what is the impact of developments in larger economies, such as the U.S. election or the Brexit referendum? Of course, their weight in the global economy means that there will be a big economic impact. A part of this sense of anti-globalization is anti-trade which is a concern because the fact is that ASEAN still depends on other markets like Europe and the U.S. for exports. So the smaller economies of ASEAN may be indirectly hit with a popular protectionist backlash in other parts of the world.

BRINK Asia: What are some of the threats for ASEAN in this changed economic and geopolitical context?

Tay: The Obama administration gave not just a pivot to Asia, but a lot of attention particularly to ASEAN. In prior U.S. engagements with Asia, the missing piece was ASEAN and President Obama recognized that. At this stage, we are not sure of the incoming administration’s priorities. There hasn’t been a mention of ASEAN in any significant manner yet. However, we are the ones so called stealing the jobs, so we could have a real problem on our hands.

It is also still not clear about what will happen on the South China Sea issue. On the one hand, there is an attempt to “make America great again,” and that could entail maintaining military interests in the region. But on the other hand, the need to extend a protective reach and umbrella to Southeast Asia could be questioned—but we’ll have to wait and see.

The Trans-Pacific Partnership (TPP) is the other piece, but it is a strange one because it involves only four ASEAN states. If the TPP were to move—and I haven’t fully given up hope—it could have ripple effects, as it indeed has in Thailand, Indonesia and the Philippines, all of which had started looking at whether they could and should join, because countries need to reform domestically to meet the high standards expected in order to join the pact, which is not a bad thing for ASEAN as a whole.

ASEAN as a group—and in fact, most of Asia—is still outperforming the world in terms of economic growth.

BRINK Asia: On the flipside, do these developments bring opportunities for ASEAN?

Tay: One of the big opportunities for ASEAN and Asia in general—in the event that the U.S. pulls back from the region—is to push for greater intra-Asian and intra-ASEAN trade and economic integration. The ASEAN Economic Community (AEC) must become the foundation for ASEAN. I hope that this progress will happen, and that intra-ASEAN trade and investment numbers will go up visibly in the next three years.

We must remember that ASEAN as a group—and in fact, most of Asia—is still outperforming the world in terms of economic growth. Of course, it will be best if we can plug into other parts of the world, but if for some reason other parts of the world want to withdraw from us, we need to plug into each other even more. Maybe these circumstances will make Asian economies look to each other more.

BRINK Asia: Assuming the TPP is stalled, how do you envisage the U.S. engaging with the ASEAN region?

Tay: I hope the TPP is in limbo and not dead, because the TPP is one of the few agreements that has both developed and developing countries, and has gone beyond the WTO in terms of standards—for example, the TPP specifically addresses emerging issues such as environmental standards and intellectual property rights.

The TPP is an interlocking deal, so for every one thing that anyone gives to the U.S., they get something back. Maybe the incoming administration wants to do this bilaterally with individual economies in the region. But if the U.S. wants the benefits without giving anything back, that may be hard to achieve. If the TPP is not revived, and if the U.S. chooses to carve it into bits through transactional bargaining with individual economies, I think that may go down very badly.

BRINK Asia: Over the past month, it seems the ASEAN region’s attention has been captured by trade and related implications. Is there too much focus on trade in ASEAN?

Tay: Yes, I think that the AEC and trade have got more attention than other aspects of integration. That’s particularly because of two things. One, trade is more measurable; and two, it is because in a world with very slow growth, some parts of ASEAN are doing well economically despite various problems.

The prospects of the region as a whole look good. I’d say the emphasis on economic growth and trade is good because it pulls together the economic reform question and various social questions.

The reform question is obvious. When you make a promise to another country that you will do certain things to facilitate trade, then you need to make changes internally at home. At a bilateral level, a country like Singapore cannot go to any other ASEAN country and ask it to carry out certain reforms domestically as it becomes an infringement of sovereignty. However, under the AEC, there is an overall agreement to integrate, and that is invariably leading to domestic economic reform as every country has to honor the promises they have made to other members.

BRINK Asia: Something often talked about of late is the concept of ASEAN centrality. What is this?

Tay: It relates to the idea that ASEAN, with its 10 member states, when collectively put together can play a very important role in the region both economically and strategically. This role is changing as the region changes and the dynamics of our region get tenser. We need to ask—can ASEAN play a stabilizing role and enhance dialogue and cooperation in the region?

The other aspect is normative. Can this habit of cooperation between the 10 member states help change the way others approach relationships within the Asia-Pacific region? Sometimes, people ask ‘who’s the leader in ASEAN?’ and while of course Indonesia is the largest in terms of population and the size of its economy, more important is the fact that it doesn’t bully any smaller ASEAN member nation. This shows respect among the 10 member states, which I think can be replicated among other countries in the region.

This model of ASEAN centrality is under pressure and even the term is under pressure. It is ambitious, and a responsibility, but hopefully it is a realistic sense of ambition we can discharge. That said, ASEAN has morphed and we are not quite as hands-off as we used to be.

BRINK Asia: Going forward, do you see these challenges galvanizing ASEAN members further into a united bloc, or do you foresee the risk of increased differences and policy approaches?

Tay: The push and pull factors are felt by all ASEAN members. Clearly, one is choosing how to tread relationships with both China and the U.S. The second challenge is for governments—it relates to balancing between populism domestically versus having to make promises to the international community or other countries of ASEAN as part of regional frameworks.

I would say so far, ASEAN has held up very well and will continue to do so. I hope in the current global context, ASEAN can demonstrate how cooperation and mutual respect can work.

There have always been question marks over ASEAN and its future, particularly the logic of 10 member states rafting together. We may not always be together on all issues, but having a buddy in a stormy sea is not a bad idea, and it does look like we are in for quite a few storms.