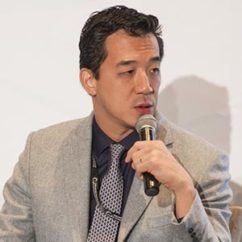 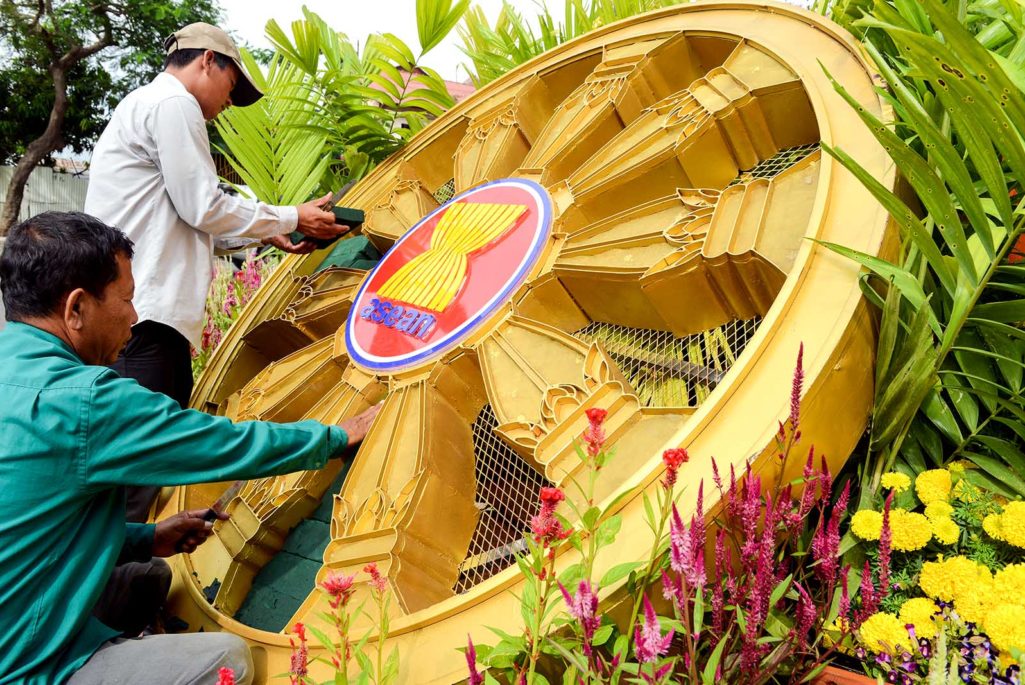 Cambodian workers decorate a logo of the Association of Southeast Asian Nations (ASEAN) in Phnom Penh, Cambodia. Cambodia hosted the World Economic Forum on ASEAN in Phnom Penh from May 10 to 12.

The Association of Southeast Asian Nations (ASEAN) held its 30th summit in Manila in early May against a backdrop of growing anti-globalization sentiment in the West. As Western markets become more inward-looking, intra-Asian links will matter now more than ever.

During the summit, ASEAN leaders reiterated the need to draw on these links to build the region’s resilience to withstand the shocks of the global economy. ASEAN leaders looked beyond the current economic headwinds and sought to achieve a “modern, comprehensive, high-quality and mutually beneficial Regional Comprehensive Economic Partnership [RCEP] Agreement” by the end of this year.

With the Trans-Pacific Partnership (TPP) currently in limbo, RCEP is the largest free-trade agreement that is currently under negotiation. The successful completion of RCEP will link ASEAN, a market of approximately half a billion people, to its six partner countries, creating a bigger market of 3.5 billion people. The trade pact will not only anchor ASEAN’s role in the global economy, but it also has the potential to be the new engine of global growth.

Deeper economic integration will be the lynchpin of ASEAN’s strategy to be a global player and maintain its outward-looking position and engagement with the rest of the world. However, as ASEAN continues with its economic integration agenda, the grouping must consider the “human face” of the ASEAN Economic Community (AEC). This is important as the AEC is neither a standalone initiative nor is it just made up of facts and figures. The AEC is in fact an embodiment of an ASEAN community that is made up of real people, and more attention needs to be paid to them.

The human face of the AEC relates to two segments of the population. The first is the burgeoning middle class that is demanding more equitable growth and calling for more transparent and cleaner governments. Modern-day technology and social media have amplified these voices and made policymakers more accessible to the average person.

This is changing the style of governance in ASEAN member states, raising overall expectations of how governments should perform. Many traditional elites who have dominated governments and state power are struggling to deal with the challenges of rising populism and how it can shape the future of governance in the region.

In the Philippines, for example, public frustration over corruption and social issues propelled the rise of President Rodrigo Duterte from outside the traditional elite. In Indonesia, public discontentment with corruption and the uneven distribution of wealth encouraged the rise of President Joko Widodo, a political outsider. Such bottom-up factors are driving a rise in populism and galvanizing change at the national level. These factors have the power to impact what ASEAN leaders collectively can and cannot do in implementing the AEC.

The second segment of the population is the vulnerable groups in ASEAN. Despite the International Labour Organization estimates that the AEC could generate 14 million additional jobs, there is a growing fear that the gains from the establishment of the AEC may not be evenly distributed among all ASEAN countries or among all people. This is especially so for small and medium enterprises (SMEs), smallholder farmers, laborers working in the informal sector and undocumented or irregular migrant workers.

ASEAN leaders need to ensure that the dividends of economic integration are distributed equitably and fairly.

A more humane AEC is one that is inclusive and people-focused. Economic integration must deliver more and better jobs and benefits broadly across the society in addition to helping overall growth. In this regard, ASEAN needs to adopt a more targeted approach toward economic integration.

First, promoting the development of small businesses can be the most effective and sustainable solution for creating more inclusive growth. SMEs form the backbone of key Southeast Asian economies, accounting for the majority of total employment, and are an integral source of economic growth. As opposed to foreign investment, which may be concentrated in a particular sector, local SMEs create opportunities across geographic areas and sectors and employ much broader segments of the labor force.

ASEAN leaders have sought to create mechanisms and institutions to help promote competitiveness amongst SMEs as the region integrates more closely. However, the region’s infrastructure deficit still prohibits SMEs from gaining access to value chains. Moving forward, ASEAN must work together with national governments to facilitate the establishment and development of rural-urban value chains. Such an initiative will promote SMEs in rural areas with greater access to urban markets. In the long run, it will promote a rural transformation and enhance the well-being, livelihood and welfare of rural ASEAN populations.

Secondly, ASEAN needs to adopt a multi-stakeholder approach and transition away from being a top-down organization. A concerted effort is required to involve more voices into ASEAN’s decision-making process, particularly those of young people, the private sector and civil society.

The private sector plays a key role. ASEAN should aim to work alongside businesses to prioritize corporate social responsibility. This can encourage businesses to address social concerns while helping to bring local economic development plans to fruition.

ASEAN can also do a better job of communicating its achievements, its vision, and its goals to its people. The level of awareness of ASEAN across different countries is patchy and the idea of a shared regional identity remains a distant goal for now. With little knowledge of the association, it becomes a challenge for ASEAN’s stakeholders to become part of the decision-making process and ultimately drive the community-building process.

ASEAN has enjoyed a relatively successful and prosperous first 50 years. The next phase of its community building will be more challenging. In order to realize a people-centered and indeed a more humane community, ASEAN needs to transform itself from a process-oriented institution into an action-oriented one. To do this, the public sector needs to work in tandem with the private sector and civil society to help ASEAN better the lives of its people.

Executive Director of the Singapore Institute of International Affairs

Nicholas Fang joined the Singapore Institute of International Affairs in 2010 and is currently executive director of the institute. Nicholas started his career as a journalist, and spent nine years at The Straits Times. He then spent two years as business desk editor at Channel NewsAsia and is currently supervising editor of Singapore news at Mediacorp. He was appointed Nominated Member of Parliament in February 2012. He currently sits on the boards of Mercy Relief, and Social Innovation Park. He is also a member of the advisory committee of the national youth volunteerism institution Youth Corps Singapore.

Alain Frachon Senior columnist for Le Monde
URL: https://www.brinknews.com/aseans-priority-for-the-next-50-years-should-be-its-people/
Get ahead in a rapidly changing world. Sign up for our daily newsletter. Subscribe
​​