Anand Menon
Director of The U.K. in a Changing Europe program 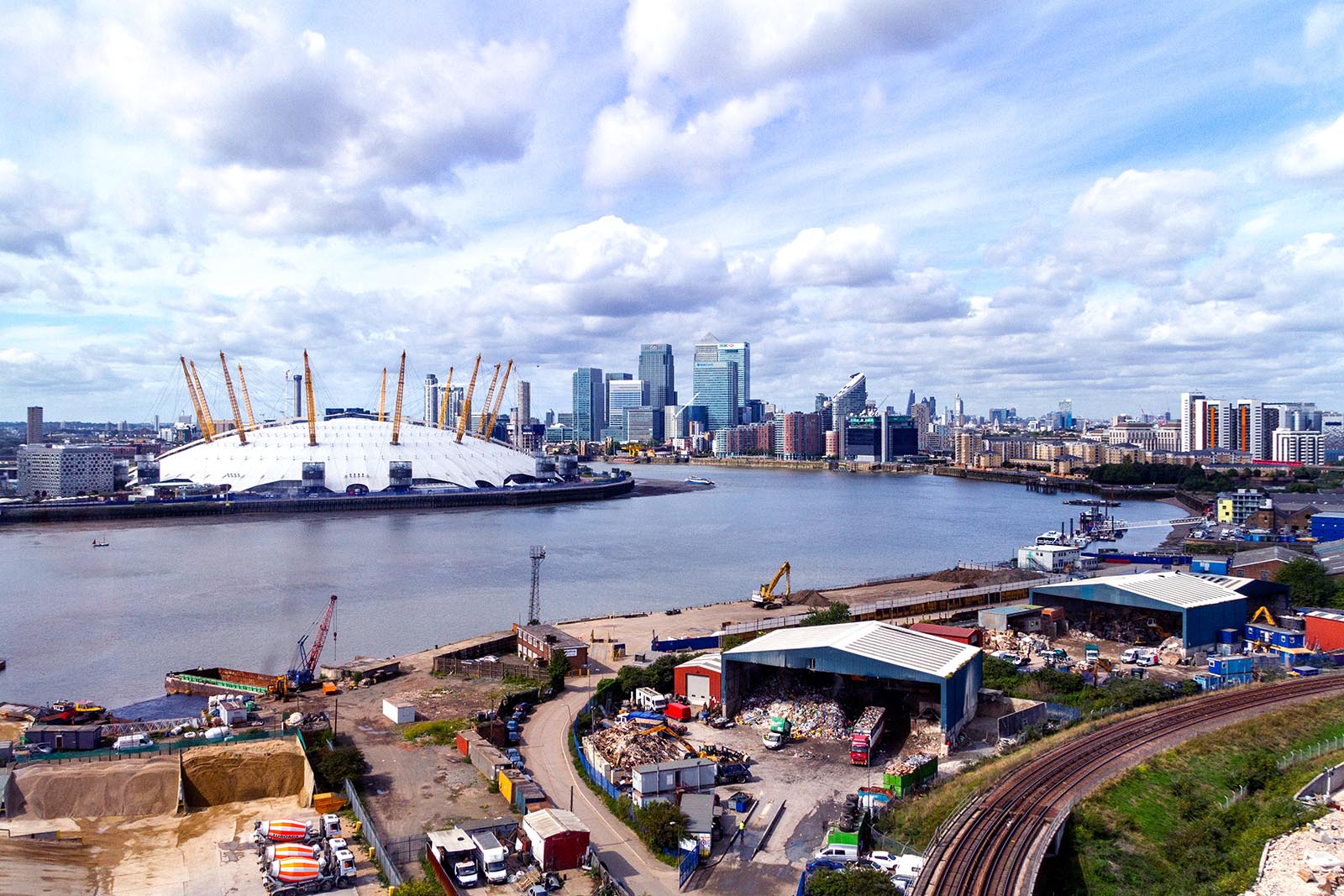 A view of the Thames and the City of London. The UK and the EU appear to be still far apart in the negotiations about several aspects of a post-Brexit trade deal.

The U.K. government of Prime Minister Boris Johnson has until Wednesday (July 1) to request an extension in the Brexit negotiations with the EU. If there is no extension, the two sides have until December 31 to reach a trade deal. BRINK spoke to professor Anand Menon, director of The U.K. in a Changing Europe program and professor of European politics and foreign affairs at King’s College London, to find out where Brexit is heading.

BRINK: Presumably, there’s no chance of an extension at this late stage?

MENON: Well, if there was ever a period in politics where you should never say never, it’s now. But if you force me to bet, I would say it is massively unlikely that the government now is suddenly going to change its mind and ask for an extension.

Both Sides Want a Deal

BRINK: So in that case, what are the chances of getting a deal by December?

Because ultimately, it is only they who can authorize the kinds of trade offs that will be necessary. It’s only President [Emmanuel] Macron, for instance, who can say, “Yes, I’m willing to deny French fishermen the same access to British waters as they have now.” But of course, if we have a certain second spike of the pandemic in the autumn, then all bets are off.

BRINK: On July 1st, Germany takes over the presidency of the Council of the EU. What’s Chancellor Angela Merkel’s priority going to be regarding Brexit?

MENON: Well, first and foremost, [Chancellor] Angela Merkel’s priority is the European recovery fund. I would say her first four or five priorities are related to the EU or to domestic German matters. And then we get to Brexit.

She would like a deal. She is one of the European leaders who is conscious of the dangers of undermining cooperation between the U.K. and the EU. Not just over economics, but in areas like police and counter-terrorism. She’s aware of the dangers of that cooperation stopping. That being said, and I think this applies to all the participants in this negotiation, she doesn’t want a deal at any price. So she will do absolutely what she can to get a deal. But that doesn’t mean that the Germans are suddenly going to say, “Let’s scrap the EU’s red lines and give the British what they want.”

BRINK: This may be hard to do six months away, but could you give us a sense of what you think a deal might look like?

MENON: It will be a fairly thin free trade agreement, which will cover quotas and tariffs in goods, so in other words, there won’t be quotas and tariffs. I say that with a fair degree of confidence, because I think if the talks don’t go well, and if we end up talking about tariffs, there is no time to do that by the end of the year, because the EU will want to do impact assessments and go back to the member states. And that will just take too long.

So, the sort of deal that is possible is a fairly thin deal that covers quotas and tariffs in goods and does very little when it comes to services. And probably doesn’t really touch that much on whole rafts of areas where the U.K. and the EU collaborate now: on criminal justice, on policing, on foreign policy. Those things will either not be covered or be covered after the end of the transition period at the end of the year.

BRINK: When you say an area won’t be covered by a deal, what will happen to all those things? Will they go into limbo, or will they carry on as before?

MENON: They absolutely don’t carry on as before. So for instance, take data sharing. Data is absolutely fundamental when it comes to not just business activity, but also collaboration in the fight against organized crime. The U.K. is part of several EU schemes that share data on potential suspects, persons of interest. So you can keep a track of who is traveling where.

For small companies that trade across the U.K., EU borders are going to get a lot messier and a lot more expensive because of Brexit.

Not the Status Quo Ante

If there are no agreements on data, the U.K. immediately loses its access to those databases at 11:00 p.m. on the 31st of December. And not only that, but police forces that have downloaded data from those databases in the past will have to delete that data, too. So there is an abrupt change.

BRINK: Could you highlight a couple of other areas where that’s likely to happen? Where are the big disruptions likely to occur in the event of a slim deal in the way you outlined?

MENON: Well, take services. The British economy is 80% services. Services make up a significant proportion of our exports to the European Union. To take one small example, if there is no agreement on mutual recognition of qualifications, then British architects can no longer go and practice inside the European Union. They can’t just turn up in a member state and ply their trade, because the authorities in that member state will no longer recognize their qualifications. So across the board, in areas like that, the same applies to lawyers. The services sector will be quite badly hit.

The City of London

BRINK: That sounds like quite a big impact on the City of London.

MENON: It’s hard to quantify as yet, because firms haven’t talked out loud about what they’ve done for competition reasons. Some firms have already relocated some staff. I’ve got a feeling they’ve put their plans in place, those that needed to have registered offices inside the European Union. And now there’s a process of wait and see. But there is absolutely no doubt at all that this will be damaging to the City of London.

What I’m not certain about is the scale of that damage. Bear in mind that our membership of the European Union is one of a number of attractions of the City of London. You’ve also got that whole financial services exoskeleton, if you like, of accountancy firms, legal firms and the like. You’ve got the English language, you’ve got the fact that quite a lot of people like living in London.

So London doesn’t cease to be an attractive place all of a sudden, but it becomes less attractive because we’re outside the European Union.

BRINK: So for a U.S. or Asian company that trades in both the U.K. and the EU, what does this all mean for business?

MENON: Depending on what the business is and the volumes of trade going to different destinations, the business will have to change and probably change quite significantly.

If you’re exporting goods, those goods are going to be checked at borders. You’re going to have to do certification to comply with EU standards. It might be that you have to get a thing certified here and things certified in the European Union as well, because if we don’t have that mutual recognition, when it comes to certification, exporting becomes more complicated.

If you’re a services provider, it might be that you provide services by flying your staff around different countries to offer those services. That might become more tricky, if for instance, down the line, business visas are introduced for travel between the U.K. and the European Union. That’s an area we’re not certain what will happen yet, but it’s certainly conceivable that you might end up finding it far harder to do business.

In the creative industries, let’s just say you’re rung up on a Saturday morning to go and play third violin in the Paris Philharmonic on the Saturday evening. All of a sudden, you might find yourself needing to get a visa, because you’re going for work and quite possibly registering your instruments as well and paying a fee for it.

So costs will go up, complications will go up, things will take more time. Very big multinational firms have probably got the resources and the people to deal with that, to fill in the paperwork, or you could hire an agent to do it for you. But for small companies that trade across the U.K.-EU borders are going to get a lot messier and a lot more expensive.

Tomorrow, in the second of two pieces, professor Menon looks at how Brexit is likely to reshape the U. K. economy.

Director of The U.K. in a Changing Europe program @anandMenon1

Anand Menon is the director of The U.K. in a Changing Europe program and professor of European politics and foreign affairs at King’s College London. He is co-author of Brexit and British Politics and co-editor of the Oxford Handbook of the European Union.