September 19, 2019 An interview with
Alfred Marcus
Professor of Strategy and Technology Leadership at the Carlson School of Management 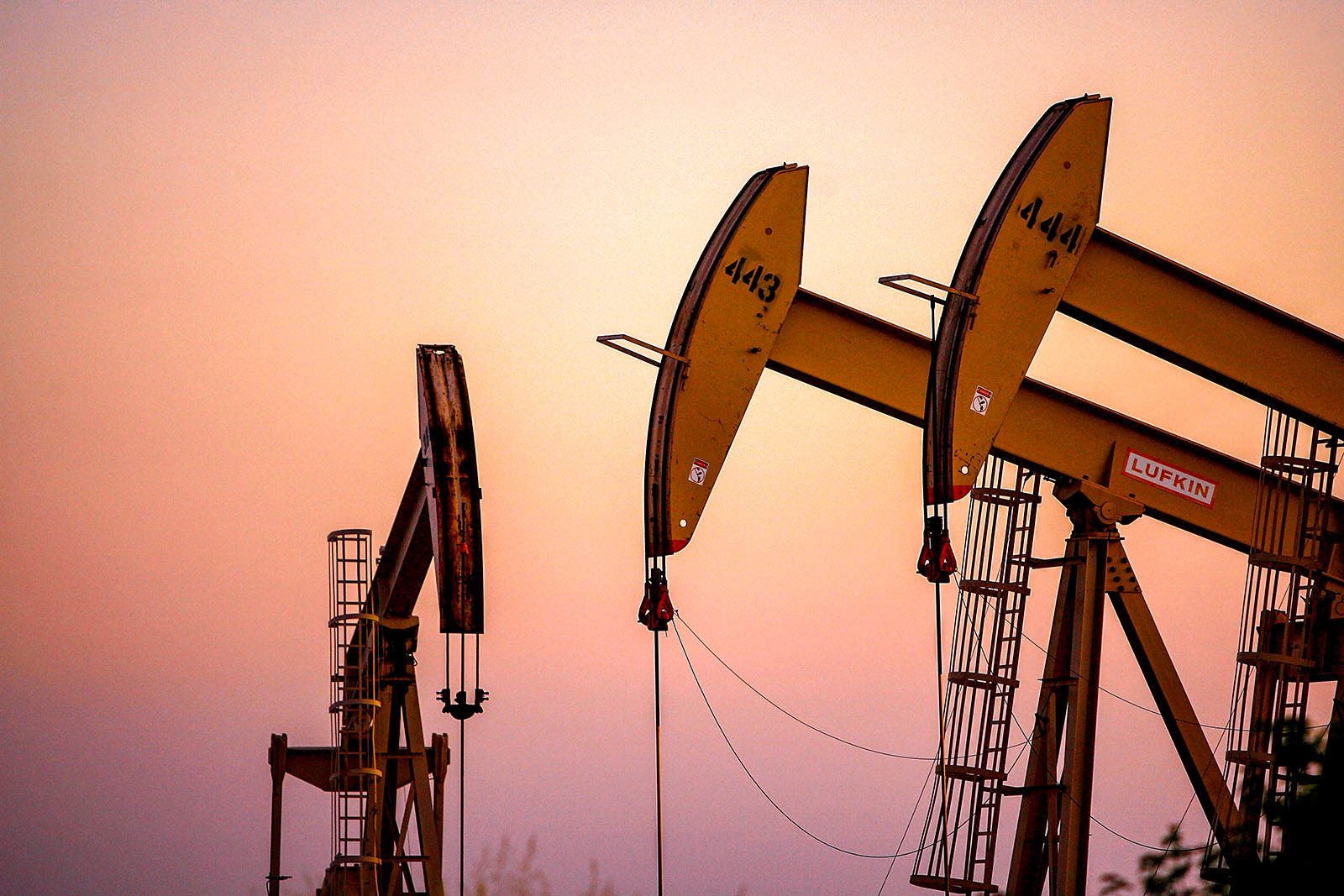 Oil rigs in the Los Angeles area community of Culver City, California. As renewable fuels become much cheaper, the question companies face is: How quickly is the world going to transition to this new world?

Managing uncertainty is at the very heart of risk mitigation. A lot of management time consists of assessing how a market might develop and how to position an organization over the next few years.

In his recent book, Strategies for Managing Uncertainty, Professor Alfred Marcus of the University of Minnesota Carlson School of Management examined how decision-makers in the energy industry make choices when faced with two major uncertainties: oil price volatility and climate change.

Tom Carver, BRINK’s executive editor, asked him why he chose the energy sector for such a study.

Alfred Marcus: Both oil and gas and automotive companies are making long-term investments, very expensive bets on the future. They don’t know what the price of oil and gas is going to be at the point when they expect to have a return from these investments.

As renewable fuels become much cheaper, the question they face is: How quickly is the world going to transition to this new world, and what kinds of investments should they make today given that this transition is taking place?

Tom Carver: You write in your book about organizations needing to move away from maximizing shareholder value in order to manage this risk. How did this manifest itself?

Mr. Marcus: What the oil and natural gas and the automotive companies are doing is having to operate in two worlds at once, hedging their bets. They are both operating within the principles, framework and logic of the current world, which is dominated by fossil fuels. And at the same time, they are operating on the basis of a future logic, which they assume, at some point in time, will come into play, and which will be dominated by renewable energy to a much greater extent, electrification to a much greater extent. So they had to balance between the two.

Mr. Carver: But in what sense is this not a maximization of shareholder value?

Mr. Marcus: If you’re going to try to maximize shareholder value, you would make stronger bets on one or the other. If you knew for certain that countries in the world would evade climate change indefinitely, then you would stick to your current business model. But if you knew that they were going to confront the issue very seriously, then you would commit fully to the search for an alternative model. You wouldn’t balance your investments between exploiting the current model and exploring a new one. You would be more certain about what to do with your money, about which investments to make to maximize results for shareholders.

A lot of these companies are aware of the stumbles that other companies have made, companies that haven’t made this transition appropriately or done it successfully. There are a lot of examples of companies that have failed like Kodak and Xerox. Nokia and Blackberry essentially died. Intel has been hurt very much.

I think these are similar kinds of problems, where companies had a technology that they were good at and a business model that was successful. And they sensed that they had to change, and the world was changing very rapidly around them, but they couldn’t balance the two.

Everybody assumes that the world of tomorrow is going to be a lot like the world is today, and it’s important in business to break out of that.

Mr. Carver: Did you get the impression that it was the boards of these companies or the executive management that was driving this process?

Mr. Marcus: I think it varied somewhat by company. Exxon Mobil was pushed by its board to take into account climate change, and it’s been gradually moved in that direction. But if you look at the automobile companies, their top management teams have welcomed the change, because the motor vehicle industry is a very competitive sector, with not much growth taking place. General Motors had recently emerged from bankruptcy.

In 2015 and 2016, the price of a barrel of oil fell to as low as $30 from $100. Almost all of the major oil companies lost about a third of their revenue, which is significant. Exxon Mobil went from a company of about $360 billion in revenue to a company of about $240 billion.

On the one hand, this made fossil fuels inexpensive, so you would think people would use more fossil fuels, which they did. But it also removed the business case for the major oil and natural gas companies to explore for additional oil. First of all, they didn’t have as much money to do it, so they were actually selling a lot of their assets, and at the same time, they were upping the bar for the kinds of returns that they expected from new investments in exploration.

When the price of oil falls this dramatically, it suggests that oil does not have a bright future and is not worth major investment and that it is best to search for alternatives. With prices reaching their 2015 lows, the oil companies had lots of assets in bankruptcy, assets that they had to abandon. For example, tar sands in Canada became a nonprofitable operation at 2015 prices. One of the most difficult parts of making a transition to a world of renewable energy is the stranded assets that the oil and natural gas companies cannot sell.

As far as climate change goes, such a move has benefits. Low prices reduce the amount of oil reserves that oil and natural gas companies accumulate, so less of these assets will be stranded should the world make a fundamental break from oil.

Mr. Carver: What lessons did you glean for other sectors in how to manage a business successfully?

Mr. Marcus: Balancing is not simple to do. For most people in an organization, their capabilities and their way of thinking are bound up in their existing business models. So it is very hard to get people outside of that box. The people who stand for the future in your company are almost always going to be a minority, and so their viewpoints can be easily snuffed out. Managers have to give them a platform — that’s very important.

Everybody assumes that the world of tomorrow is going to be a lot like the world is today, and it’s important in business to break out of that and to avoid straight-line assumption forecasting, for example, that in 50 years, there will still be the same demand for something because China and Asia will pick up when demand in the rest of the world becomes flat. If you’re a top manager and concerned about the long-term viability of your company, you have to operate with the notion that there can be contrary and opposite futures that might occur.

The ability to dimensionalize the future as being at least four spaces simultaneously, rather than one single space, is an important lesson in hedging and planning for those futures almost simultaneously.

This conversation has been lightly edited for length and clarity.

Alfred Marcus is Edson Spencer professor in strategy and technological leadership at the University of Minnesota Carlson School of Management. His previous book was Innovations in Sustainability: Fuel and Food, published by Cambridge University Press in 2015.

Mark Campanale Founder and Executive Chair of The Carbon Tracker Initiative
URL: https://www.brinknews.com/what-the-energy-sector-can-teach-us-about-managing-an-uncertain-future/
Get ahead in a rapidly changing world. Sign up for our daily newsletter. Subscribe
​​