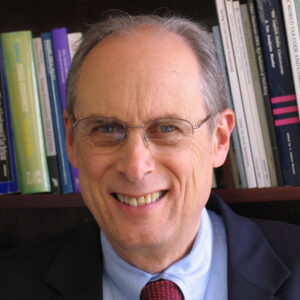 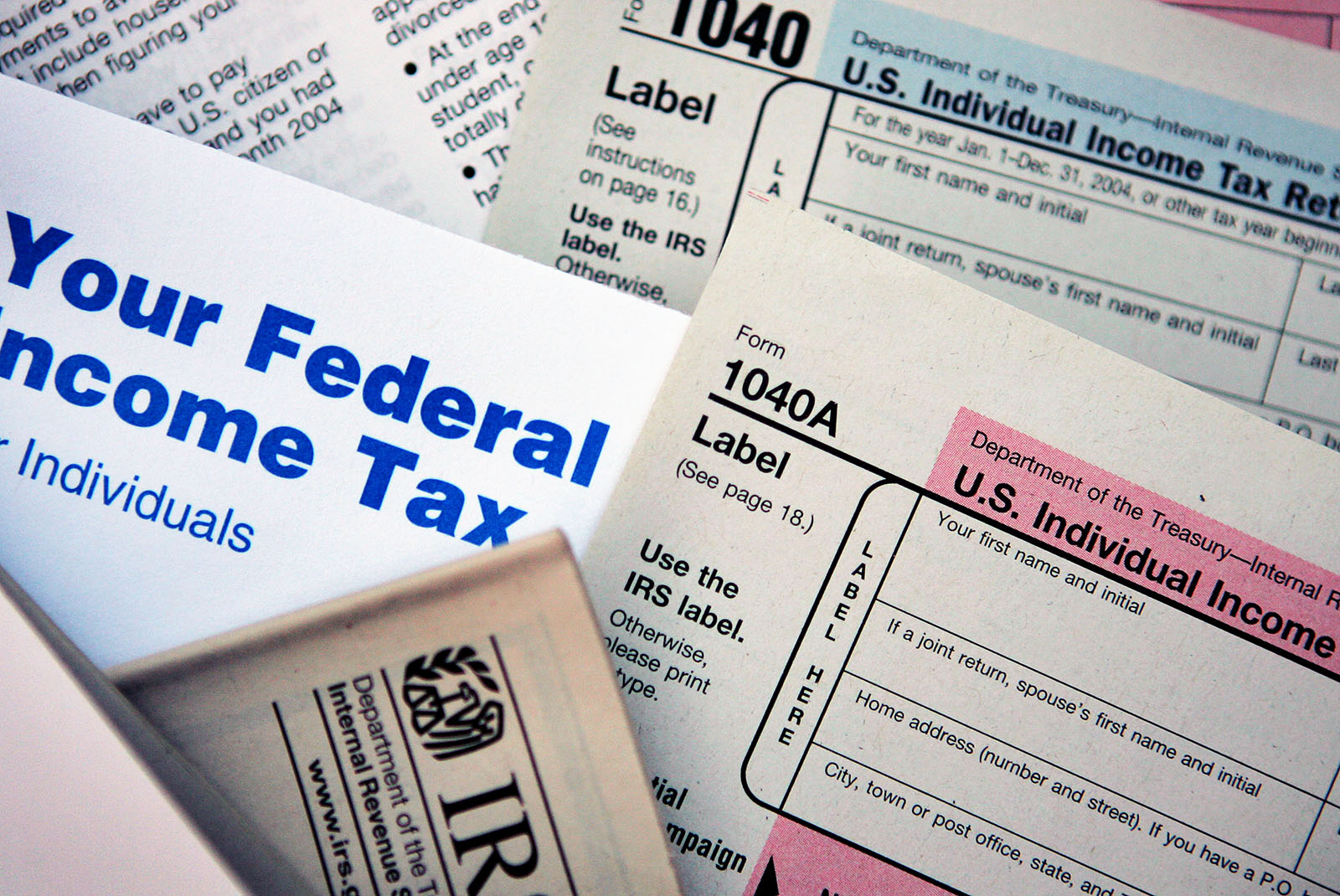 Current federal tax forms at the offices of the Internal Revenue Service in Illinois. U.S. presidential candidate Joseph Biden is proposing to raise the top income taxation rate from 37% to 39.6% if he wins the presidential election.

America’s global tax policy impacts companies not just in the U.S. but their subsidiaries around the world as well. In recent years, a lot of attention has been given to companies keeping revenue offshore instead of repatriating it to avoid corporate taxation.

U.S. presidential candidate Joseph Biden’s tax proposals include a number of significant reforms to the corporate tax structure. The Brookings Institution recently produced a detailed analysis of what these proposals might look like if implemented. BRINK spoke to one of the authors, Eric Toder, who is the co-director of the Brookings Tax Policy Center.

TODER: If you’re a U.S. corporation and you have a foreign subsidiary, there are basically three regimes for taxing income. One is what’s called Subpart F, which is passive or easily shiftable income. Since 1962, that’s always been taxable immediately. Nothing is being done with that.

U.S. presidential candidate Joe Biden is proposing getting rid of that exemption, plus he’s raising the overall corporate tax rate from 21% to 28%. The German rate, I believe, is 25%, so that would mean for every dollar of profits, you’d pay 25 cents to Germany, and then you would pay an extra 3 cents to the U.S.

The third piece is what’s called GILTI, or global intangible low tax income. That’s income that is currently taxed at less than 13.125% in a foreign country. It was first made taxable under the 2017 Tax Cuts and Jobs Act. It is meant to capture what’s called intangible profits, where U.S. corporations have been able to shift their intangible assets, their patents and so forth to low tax jurisdictions, and then the profits they get on those income are taxed at the rate of the low tax jurisdiction. It also captures most foreign operating income, not just the income from intangibles.

BRINK: Was this a law passed by the current U.S. administration?

TODER: The 2017 act was passed under the current U.S. administration. Previously, foreign income was only taxed when it was brought back as a dividend to the U.S. parent company. As long as it stayed overseas and wasn’t paid as a dividend back to the U.S. company, it escaped U.S. tax.

What the 2017 act did was remove the tax on income that was repatriated; you now don’t have any tax on those foreign dividends, but instead you have a low rate tax on some foreign-accrued income under current law. What Biden is doing is basically broadening the amount of income that’s subject to tax, because he’s getting rid of this 10% of capital deduction, and he’s also raising the rate to 21% on that income.

BRINK: How big a shift is this in taxation terms for corporate tax?

TODER: Well, I think what it means is two things. One is the corporate tax rate is going up to 28%; that affects all domestic income in the U.S. — both U.S. companies and foreign owned companies.

All countries are worried about the race to the bottom in corporate taxation that’s been going on, so there’ll have to be discussions around what the international tax architecture looks like if Biden wins.

A French multinational that can manage to move its investments or its patents to a low tax country wouldn’t pay the French tax rate on that, whereas for U.S. resident companies, we would have a much higher tax rate, which could make it less advantageous to be a U.S. resident corporation.

BRINK: So does this close the issue of these so-called tax havens that have been so contentious, where companies are storing large amounts of profit offshore?

TODER: Yes, it would pretty much close it. Let me just add — because there’s been a lot of talk about revamping the international taxing rules — that the Biden administration is going to have to get more international cooperation on taxing income from tax havens.

One thing that has been discussed is possibly having other countries sign onto rules like the U.S. GILTI rules. I think all countries are worried about the race to the bottom in corporate taxation that’s been going on, so I think there’ll have to be discussions around what the international tax architecture looks like.

BRINK: The other thing that features in a Biden tax plan is support for renewable energy. How significant is that?

TODER: Well, he is going to eliminate tax preferences for fossil fuels. That’s not a very big revenue item, but it’s obviously something that encourages domestic oil and gas production. He is also increasing tax benefits for renewable investments. That’s going to have some effect on encouraging solar, wind and so forth. But he has not proposed, as of this time, a carbon tax. That’s something that may be in the agenda in the future, but it’s not in his current proposals.

BRINK: Another huge area obviously is individual tax. What are the main headlines on that?

TODER: He’s proposing to raise the top rate on all income from 37% to 39.6%. And he’s reversing the rate cuts in the 2017 act. Very significantly, he’s going to tax capital gains on assets transferred at death. Right now if you die and your heirs inherit stocks or other assets with unrealized capital gains, they have what’s called a step-up in basis.

In other words, they are deemed to have purchased the asset at the price that it is on the day they inherit it. So any capital gains that were earned in your lifetime gets wiped out for the purpose of taxation. That’s been one of the major loopholes in our individual income tax system.

BRINK: What about help at the other end of the scale for lower income families?

TODER: He’s doing a number of things for lower-income families. He’s vastly increasing the child credit for the next couple of years. He’s making it a fully refundable credit in 2021 and 2022. He’s also providing a first time home buyers credit. He’s expanding the child and dependent care credit and making that refundable. He’s providing a new low-income renters credit. He’s got a number of credits for low and middle income families.

The Impact of COVID-19

BRINK: How much do you think COVID-19 is going to affect all these tax plans?

TODER: Well, I think it might delay the implementation. Given that we’re in a recession, there might be a reluctance to raise taxes right away, but he’s got very expansive spending programs. The debt as a result of COVID-19 is also huge.

Plus, COVID-19 has exacerbated the income inequality we have in this country. It’s the low-income people who have taken the biggest hits. I think the fact that there’s more inequality would strengthen the case for collecting more tax from people at the top of the distribution.

Eric Toder is an institute fellow at the Urban Institute and a co-director of the Urban-Brookings Tax Policy Center. He previously held a number of positions in the U.S. government and overseas, including deputy assistant secretary for tax analysis at the U.S. Treasury Department, deputy assistant director for Tax Analysis at the Congressional Budget Office, director of the Office of Research at the Internal Revenue Services and a consultant to the New Zealand Treasury.

Anne Toomey McKenna Visiting Professor of Law at University of Richmond School of Law
URL: https://www.brinknews.com/what-would-bidens-tax-policies-look-like/
Get ahead in a rapidly changing world. Sign up for our daily newsletter. Subscribe
​​