Why Fossil Fuel Subsidies Should Be Phased Out 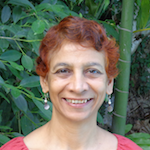 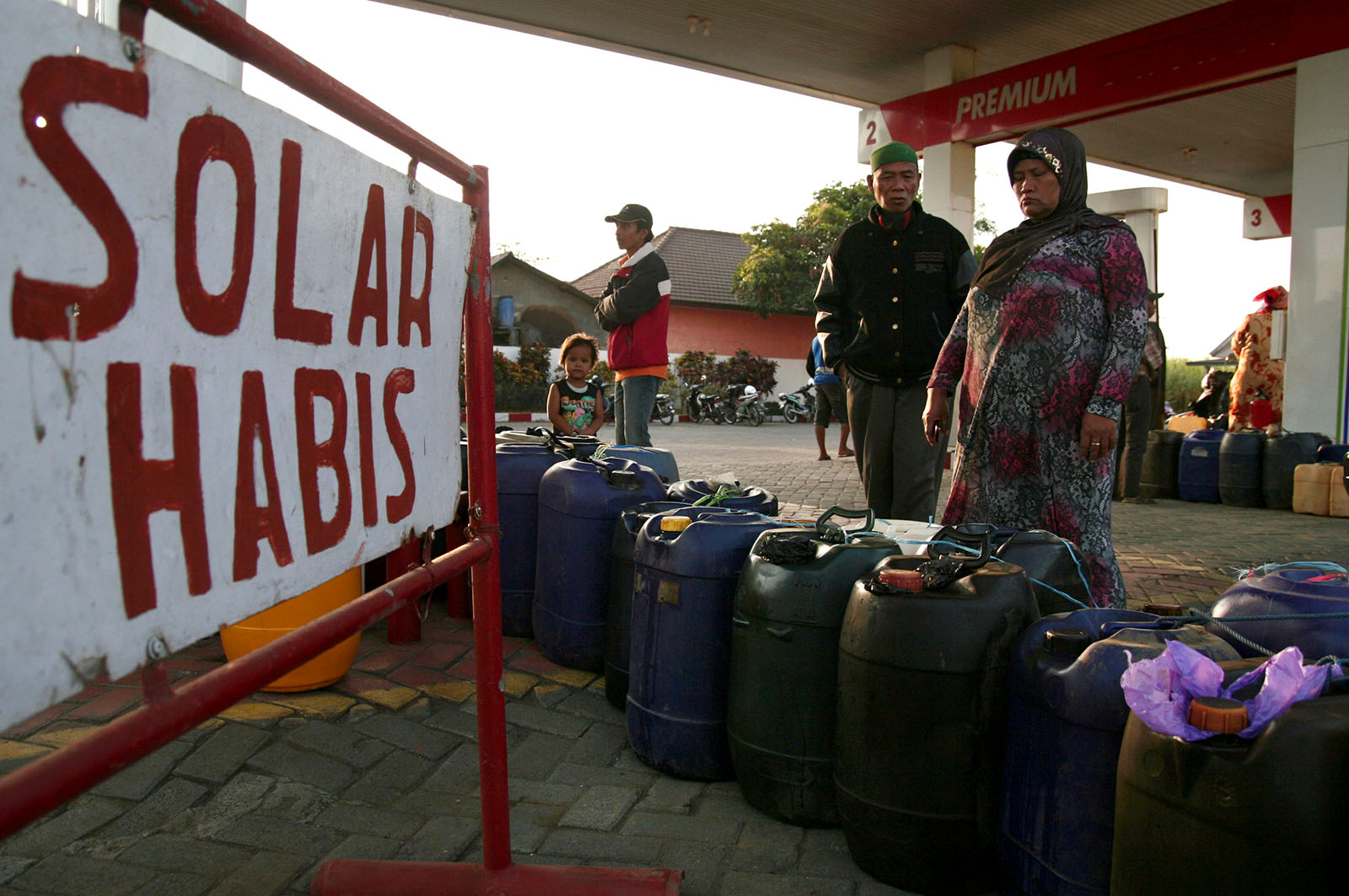 Residents of East Java province wait to fill up their containers with subsidized fuel in August 2014.

While many rich nations put a levy on fuel consumption, many developing governments pay subsidies to make fuel more affordable. These subsidies are essentially negative taxes. They are unsustainable in both environmental and budgetary terms. Asia’s public finances would be strengthened if the subsidies were phased out.

Some 150 to 200 years ago, oil, coal and natural gas changed everything by powering machines, lighting homes, propelling engines and reducing distances. But even then, the inventor Thomas Alva Edison said: “I’d put my money on the sun and solar energy. What a source of power! I hope we don’t have to wait till oil and coal run out before we tackle that.”

Today, sustained growth, which has catapulted many developing Asian economies to middle-income status, is indeed depleting resources such as coal, oil and gas. Spurred by massive government subsidies, fossil fuels are a major source of energy, providing a lifeline to billions of Asians. But the burning of these fuels is spewing greenhouse gases into the atmosphere at an alarming rate, increasing global temperatures and heralding a dangerous era of climate change.

The Threat to the Climate

Acting like a blanket, greenhouse gases keep earth warm for life to flourish, but the rapid increase in their emissions—especially of carbon dioxide—has made this blanket too thick for comfort. Public finances must be geared to solving the problem.

Global temperatures are increasing; 2015, 2016 and 2017 have been the hottest years on record. Glaciers are melting, the sea level is rising, and typhoons are becoming stronger. The Arctic is warming about twice as fast as other areas.

Scientists are in broad agreement about the unprecedented long-term risks posed by such events. The size and spread of their impacts is unknown, though potentially vast. The current pace of emissions of greenhouse gases is projected to lead—within this century—to temperatures not seen for millions of years. The UN University estimates that the resulting harsh living conditions, famine and starvation may force up to 1 billion people worldwide to migrate within their countries or across borders.

In the landmark 2015 Paris Agreement on climate change, close to 200 countries agreed to limit the rise in global mean temperature to no more than 2 degrees Celsius above pre-industrial levels. Exceeding this limit could lead to catastrophic and irreversible consequences that may transform the physical geography of the world, so public spending must set the right incentives. Subsidies must not compound the problems of climate change, but help to solve them.

Apart from the environmental risk they generate, there is another reason reforms of the subsidy regimes are gaining momentum internationally. Public budgets are tight, and the costs of giving people access to oil, gas and coal at reduced prices are considerable. According to an assessment by ADB, removing these costly subsidies is the first step toward sustainability in both environmental and budgetary terms.

Developing Asia stands at a juncture where it can contribute the most to, and gain the most from, meeting the goals of the Paris Agreement on climate change. Today, the region contributes 40 percent to humankind’s global carbon emissions. In the 1990s, the Asian share was just 15 percent. It is rising due to a growing reliance on fossil fuels, which are the dominant source of electricity generation and industrial expansion.

In 1990, 70 percent of developing Asia’s primary energy came from fossil fuels. By 2014, this proportion had grown to 85 percent. Coal has taken up a central place in the energy mix because the share of traditional biofuels is declining, and the contribution of renewable power is still rather small.

Some countries, mainly in South and Southeast Asia, are still investing in subcritical coal plants. “Subcritical” means that they are not as efficient as they could be because they do not use the most advanced technology. Switching to high-tech ultra-supercritical new coal technology is expensive, however. Doing so would require special alloys, precise manufacturing and skilled professionals.

At the same time, low-priced petroleum products account for over half of the fossil fuel subsidies in many countries. Although the share of oil consumption is expected to decline, oil will likely remain the preferred liquid fuel needed in sectors such as aviation and shipping, which are not easy to decarbonize.

When the world market price for crude oil shot past $100 per barrel a decade ago, Asia accounted for as much as a third of global fossil fuel subsidies, mostly for consumption of petroleum products. About five years ago, developing Asian economies spent about 2.5 percent of GDP on average on subsidizing oil, gas and coal. The official objective was to encourage production and provide cheap energy to the poor.

In 2013, oil prices dropped sharply. Some Asian governments took advantage of this new trend to cut fuel subsidies. However, many other governments still find reforms to be very difficult. Fuel prices are politically important, as many people feel entitled to low prices. Whether the subsidy reductions can be maintained if world market prices for oil rise is untested.

Fossil fuel subsidies are unsustainable in both environmental and budgetary terms.

Subsidies are a huge burden on public finances. Moreover, against their official objectives, artificially low fuel prices mostly benefit the better-off since they consume more energy than the poor. Indeed, fuel subsidies bypass the most marginalized rural communities, which still depend on firewood and other biofuels.

The price differential between subsidized and unsubsidized fuels fosters overconsumption, diversion and smuggling. Another downside is urban air pollution, which affects millions of people—not only in megacities such as New Delhi or Beijing, but in smaller towns such as Gwalior in India, Peshawar in Pakistan, or Xingtai in China. Making the problems even worse, under-priced fossil fuels pose a barrier to investing in renewable power generation, so they ironically curtail energy supply in general.

Removing subsidies on fossil fuels will allow the development of an energy mix that reflects the true costs of each type of energy. It will also release fiscal resources that could be put to better uses, such as social protection, expanding access to affordable energy services or promoting investment in renewable energy.

Unless governments act decisively to mitigate climate change, fossil fuel consumption will continue to increase. Asia would become even more fossil-fuel dependent. It is true that renewable energy is receiving record amounts of investment, but technologies for wind and solar power generation are still comparatively expensive. If developing Asia continues a carbon-intensive development trajectory, the Paris Agreement’s ambitions will not be achieved, even if the rest of the world were to eliminate all their emissions.

To reform subsidies, governments must deal with several issues including:

Reforms make sense—and they are feasible, as an ADB study shows. It uses data for India, Indonesia, and Thailand to understand how reducing subsidies will impact different parts of the economy. The study shows that, over time, the new reality of higher-priced fossil fuels will spur users to change behavior and switch to cheaper forms of energy, which will in turn encourage investment in renewable energy and drive down its cost. At first, the impacts of more expensive fossil fuels may be painful, but over time economies will be on a path of cleaner energy and more sustainable public finances.

The rationale for fuel subsidies reform is to reduce national emissions and, at the same time, discourage energy overuse, reduce the need for energy rationing, improve economic efficiency and lessen fiscal vulnerability.

In Hamburg this summer, world leaders from the G20 group (with the exception of the U.S.) reconfirmed the irreversibility of the Paris Agreement. Global warming hurts everyone, so joint action is necessary. It will benefit everyone, including our children and grandchildren.

It is time to reap the benefits of the Paris Agreement by shifting resources from fossil fuels to sustainable energy. It is time to make Edison’s wishes come true.

Shikha Jha leads ADB’s research on public economics, with a special focus on public expenditure, food and fuel subsidies, and public services. In an earlier role, she supervised the Armenia and Tajikistan country teams, working closely with the governments of these countries to develop ADB’s country strategies and operational programs. Prior to joining ADB, Ms. Jha was Professor of Economics at the Indira Gandhi Institute of Development Research in Mumbai, and a consultant with the World Bank, UNDP, the US Department of Agriculture, and the International Food Policy Research Institute.

Mark Campanale Founder and Executive Chair of The Carbon Tracker Initiative
URL: https://www.brinknews.com/why-fossil-fuel-subsidies-should-be-phased-out/
Get ahead in a rapidly changing world. Sign up for our daily newsletter. Subscribe
​​