Why We Need NGOs and Intergovernmental Institutions in This Crisis 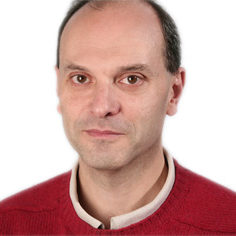 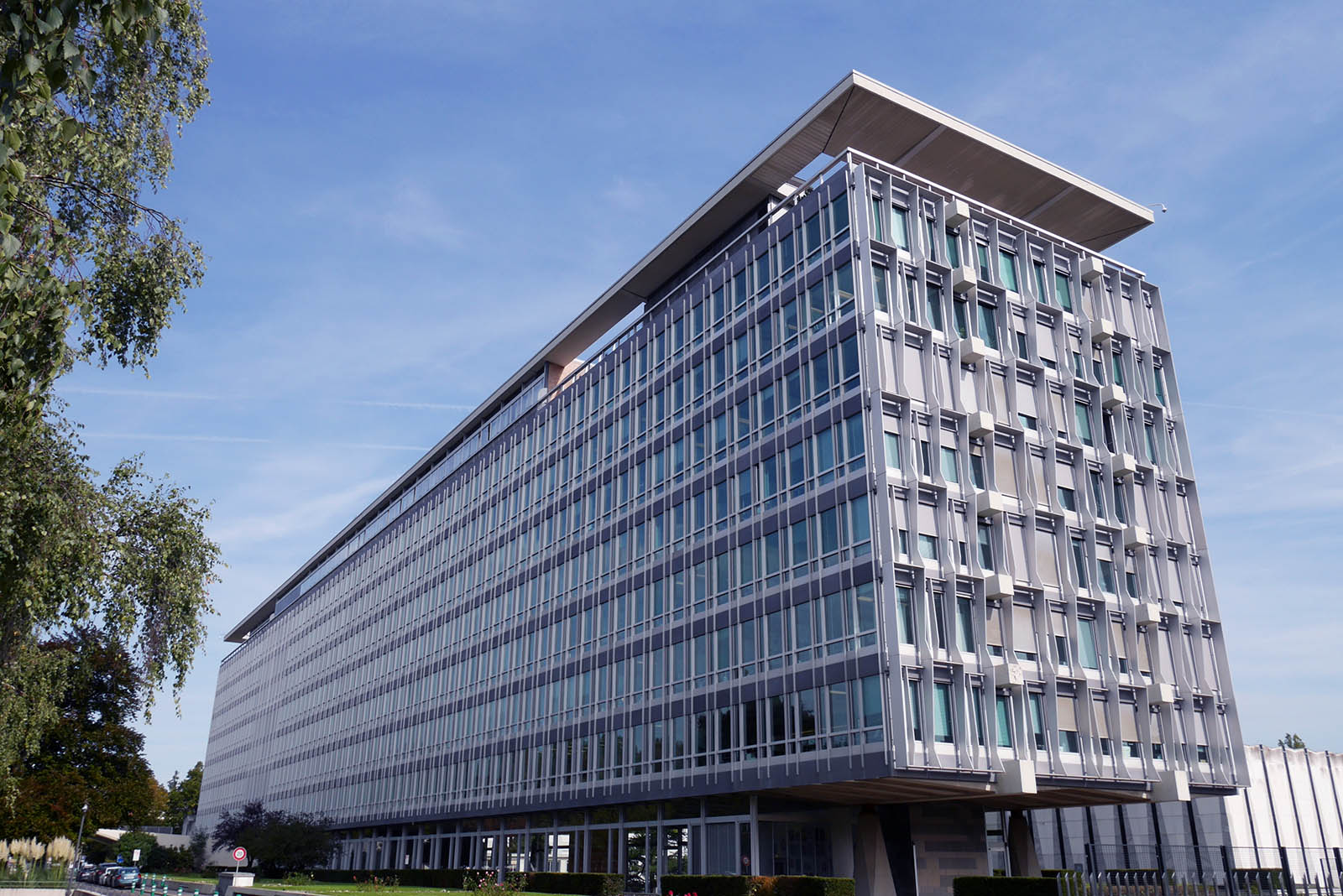 An image of the World Health Organization (WHO) building in Geneva. WHO has been blamed for its slow reaction to the coronavirus crisis, as well as its overly positive assessment of China’s initial response to the outbreak.

The COVID-19 pandemic has so far killed more than 248,000 people worldwide. It has crippled the global economy and disrupted pretty much all human activity. As this is a global pandemic, not surprisingly, global institutions have been criticized for their actions (and inaction).

Most obviously, the World Health Organization (WHO) has been blamed for its slow reaction to the crisis, as well as its overly positive assessment of China’s initial response to the outbreak. The United States, perhaps the WHO’s most vocal critic, recently announced it will stop funding the global organization.

This decision has added to the WHO’s financial shortcomings and its ability to act in these important times. Conversely, China has praised the WHO. Caught in this clash between two powerful members, the leadership of the WHO has pleaded that states avoid politicizing the pandemic.

If Governments Do Not Agree, IGOs Cannot Act

Such politicization of a global intergovernmental organization (IGO) is inevitable. It is the intergovernmental character of WHO that is generating politicization now, as it has at many other times throughout the organization’s almost 75 years of existence. A recent article in The Atlantic rightly pointed out that the WHO suffers from “inherent structural problems” that derive from the fact that it relies on governments to collect information. Many governments, such as China’s, are indeed less forthcoming with reliable information.

Virtually all of what IGOs such as the United Nations, the International Monetary Fund or WHO do is the result of what governments (especially those of powerful states) collectively want. When governments do not agree, IGOs cannot act. It is easy to blame an IGO for such ineffectiveness rather than individual states, just as at the domestic level, one can blame Congress as an institution for lack of action, rather than the individual members making up the legislative body.

The Rise of International NGOs

Throughout history, international nongovernmental organizations (INGOs) have also played significant roles and, at times, were even more prominent than IGOs. The first international health conferences of the 19th century were attended primarily by medical experts, not government representatives.

In the 1930s, when governments could not fund international health programs due to the global economic downturn, they sought private funding, primarily from the Rockefeller Foundation, another nongovernmental institution.

Starting in the 1980s, an ever-greater number of global health projects have involved private rather than government organizations, such as Doctors Without Borders or the Bill & Melinda Gates Foundation. By the time of the 2010 cholera outbreak in Haiti, some considered WHO “irrelevant” compared to such INGOs.

The Pendulum Swings Between Government and Non-Government Solutions

Yet, my research shows that after every shift toward nongovernmental approaches, the global health realm experienced another shift back toward intergovernmental solutions. Many of these pendulum swings led to extreme positions, either with IGOs almost completely absent during health crises (such as immediately after World War I) or with INGOs being discouraged from playing meaningful roles (as during the first half of the Cold War).

The U.S. decision to stop contributing to WHO’s budget will not only make the IGO less effective, but could also shatter the delicate balance that has allowed different types of organizations to work together.

These extreme positions, in turn, led to ineffective global health policies and, most likely, to casualties that could have been avoided. Our international responses to various problems, including those in the health realm, have been most effective when they involved multiple types of organizations. It is obvious that we need both institutions from within states (such as the Center for Disease Control) and international ones (such as the WHO). When they work together, we have access to more complete information and we can determine which solutions have worked elsewhere and which ones have not.

Both Sides Complement Each Other

On one hand, governments are essential for implementing international travel restrictions and local quarantines that are especially relevant at the peak of health crises. Nongovernmental entities — whether INGOs, corporations or philanthropic foundations — have proven more agile, especially in the initial responses to crises.

This was recently the case in Seattle, where the Gates Foundation and Amazon supplied COVID-19 test kits before government institutions took action. Doctors Without Borders is treating COVID-19 cases in many places in northwest Syria, where governments have only limited presence.

Nongovernmental institutions generally avoid politicization more than governmental ones. While government representatives may use IGOs as platforms for political messages toward their domestic audiences, INGOs know that they are only taken seriously when they are perceived as a coherent “global civil society.” Additionally, most INGOs rely on an apolitical image to receive much-needed donations from across the political spectrum.

Even so, they too can feel the heat of criticism, especially when their actions become highly visible. Most recently, this happened with the Gates Foundation, when Bill Gates became the subject of a series of conspiracy theories.

How Best to Use IGOs and INGOs?

Ironically, the U.S. has been especially successful over the past decades in encouraging the two types of organizations to work together under the WHO umbrella. Many IGO health initiatives have been funded by private foundations and corporations. Research deriving from private initiatives has led to policies promoted by governments and IGOs. Perhaps most important, INGOs have contributed to the global marketplace of ideas, often offering dissenting opinions when governments did not speak out.

The WHO, in turn, has served as a platform for finding symbiotic partnerships between governments, nongovernmental organizations, private foundations and corporations.

The U.S. decision to stop contributing to WHO’s budget erodes its influence in global health initiatives. After all, its large budget share was its main source of leverage in the organization. American retreat from WHO will not only make the IGO less effective, but could also shatter the delicate balance that has allowed different types of organizations to work together.

If the U.S. steps away from intergovernmental collaborations, it will follow previous patterns of behavior from the 1920s and 1980s. In the first case, the U.K. and France ended up shaping global health organizations; in the latter, the USSR sought to fill the void. Now, it is likely that China will become the most influential state in the WHO and, implicitly, in the overall international approach to health crises.

A reduced global U.S. role would almost certainly lead to a more heavy-handed intergovernmental approach, less room for nongovernmental initiatives and an overall disruption of global health work for some time. In sum, all states, including the U.S., will be even less prepared for the next pandemic.

Alexandru Grigorescu is assistant director of the global and international studies program at Loyola University Chicago. Professor Grigorescu’s research and teaching focuses on international relations. He has published two books and several dozen journal articles on international organizations and their impact on domestic politics.

Peter Schechter Host of Altamar Global Issues Podcast and BRINK columnist Juan Cortiñas Founder and Managing Partner at Opportunitas Advisors
URL: https://www.brinknews.com/why-governments-need-ngos-and-international-institutions-in-coronavirus-crisis/
Get ahead in a rapidly changing world. Sign up for our daily newsletter. Subscribe
​​