December 11, 2019 An interview with
Eugénie L. Birch
Co-Director of the Penn Institute for Urban Research 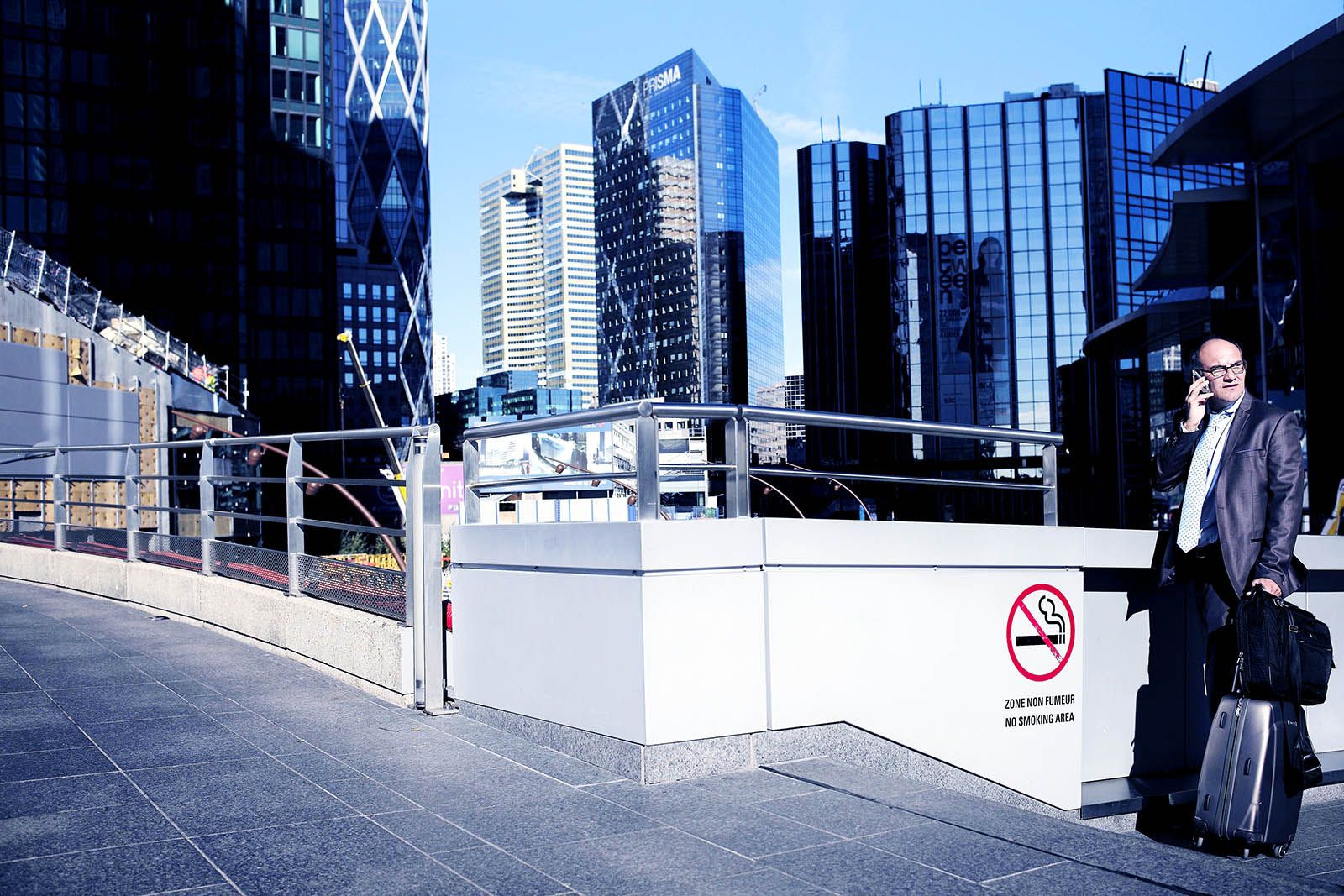 A person speaks on the phone as they walk in front of buildings near Paris. People tend to think that their privacy is being invaded by devices that are being used under smart-city rubrics.

In numerous towns and cities across the globe, there has been resistance to the rollout of technology for so-called smart cities, whether it’s concern around unauthorized collection of data, loss of privacy, opposition to 5G or just general opposition to Big Tech companies being a part of city life.

Eugenie Birch: Fear. What’s uniting the protests is fear. People tend to think that their privacy is being invaded by devices that are being used under smart-city rubrics. In addition, they’re fearful about how the government might use any data that it collects — and not only big government, but also corporations, who might be selling that data. There’s just a lack of transparency about what’s happening to data right now, and that then multiplies when one thinks about the increase in activity in smart cities.

BRINK: So in your view, it’s mainly a concern about the use of data, rather than necessarily an opposition to the use of technology itself?

Ms. Birch: Well, I think they’re intertwined. I also think there is a lack of rules around the use of technology, so that also makes people quite uncomfortable. Some of these complaints are justified because, in the face of an absence of control around the use of the collected data, it can be like the Wild West out there. Even the providers would welcome more transparency and accountability in this area.

BRINK: A lot of the protests seem to center on the question of transparency and communication between the companies, the local government and the people.

Ms. Birch: At the local level, you have mayors or advisers who are being pressured by many different companies that want to provide them with various services, and I think it’s difficult for them to make the choices.

A number of useful studies on smart cities have emerged recently on this issue. One is the Building a Hyperconnected City project by the ESI Thought Lab, a two year initiative surveying city leaders, companies and citizens about the uses of technology. Its key purpose is to understand their perceptions about the topic, while also developing metrics for assessing the return on investment of various smart city approaches.

By the way, I would like to tip my hat to higher-level bureaucrats in very large cities who are extremely knowledgeable and open to innovation. I live in New York City, and the ability to deliver water, collect garbage, provide transportation efficiently and regularly is just amazing. The care and scale with which these people engage in these activities is something to be admired.

With regard to the use of technology and its governance, I think having the conversations with these higher-level leaders is extremely important.

BRINK: You’ve been quoted as saying that you think that citizens need to be better educated on this issue. Can you give an idea of what you mean?

Ms. Birch: People have to understand how they’re being monitored right now. Just by carrying a cellphone, your location is known; just by using Google, your interests are known. So I think people should be more knowledgeable about how much is already known and being used in terms of their data.

Then, they need to think about the drawbacks and advantages of the use of this data. There needs to be a lot more conversation about what’s really going on today, in order to make educated judgments about the various proposals put forth in the name of smart cities.

The question is: In what ways can we use technology to make cities better places to live?

BRINK: Do you have any guidance for companies as to how to engage with these cities in a way that is likely to be successful?

Ms. Birch: I personally have been involved in a number of tours by companies that have extremely interesting labs and applications. It would be very instructive for citizens and local decision-makers to see corporations demonstrate some of the very exciting capacities that they have developed, to the degree they’re able.

MasterCard has a program, for example, where it convenes city leaders, something like 30, 40 meetings a year around these topics. So having conversations with decision-makers, public and private, to understand their needs, their motivations, the difficulties that a politician might have with data — and the benefits that they can get from the use of data — I think is really important.

BRINK: As an urban planner, do you divide between good and bad uses of technology in cities?

Ms. Birch: As an urban planner, I am interested in making human settlements, cities, better places to live. The question is: In what ways can we use technology to do that? And multiple ways come to mind: from very practical public administration efficiencies, such as traffic management, ensuring safety, delivering public health information and monitoring water main leakages, to devices to enhance democratic decision-making, including citizen participation in budgeting and reviewing land-use decisions.

In many places, these things are already in place. For example, traffic controllers have been using technological approaches for decades. In terms of safety, we have seen increasing surveillance in public spaces. My feeling is that such places are public, and if people are doing things they shouldn’t be doing in a public space, the cameras will record them, and the authorities will catch them — that’s OK.

An interesting case is the Quito bus monitoring system that, in the event of molestation, enables a person with a cellphone to send an SMS to the transport agency that immediately activates a siren in the bus and also allows the person to summon police to the next stop. This simple program has increased public transit use, especially by women, older persons and children.

In terms of quality of life, there are lots of rather simple things that are now happening to assist busy people get public services via technology.

BRINK: Is there a way to use technology to do better planning and urban design?

Within a very short time — a few days — you can watch the appearance and growth of a new informal settlement. This data is extremely useful in terms of figuring out what services are needed or if something appears in a vulnerable place and needs a quick response.

Co-Director of the Penn Institute for Urban Research

Eugenie Birch is the co-director of the Penn Institute for Urban Research and the Lawrence C. Nussdorf chair of Urban Research and Education. She teaches courses in global urbanization and the doctoral seminar and serves as chair, Graduate Group in City and Regional Planning, co-director, Penn Institute for Urban Research, co-editor, City in the 21st Century Series, University of Penn Press and co-editor, SSRN Urban Research e-journal. With Penn IUR she recently completed a project “Entreprenuership & Innovation in Connecticut’s Higher Education System,” for the state of Connecticut.

Tracy Hadden Loh Fellow at Brookings Institution
URL: https://www.brinknews.com/why-is-there-a-backlash-to-smart-cities/
Get ahead in a rapidly changing world. Sign up for our daily newsletter. Subscribe
​​