Will Common Ground Between the U.S. and China Strengthen Their Bond? 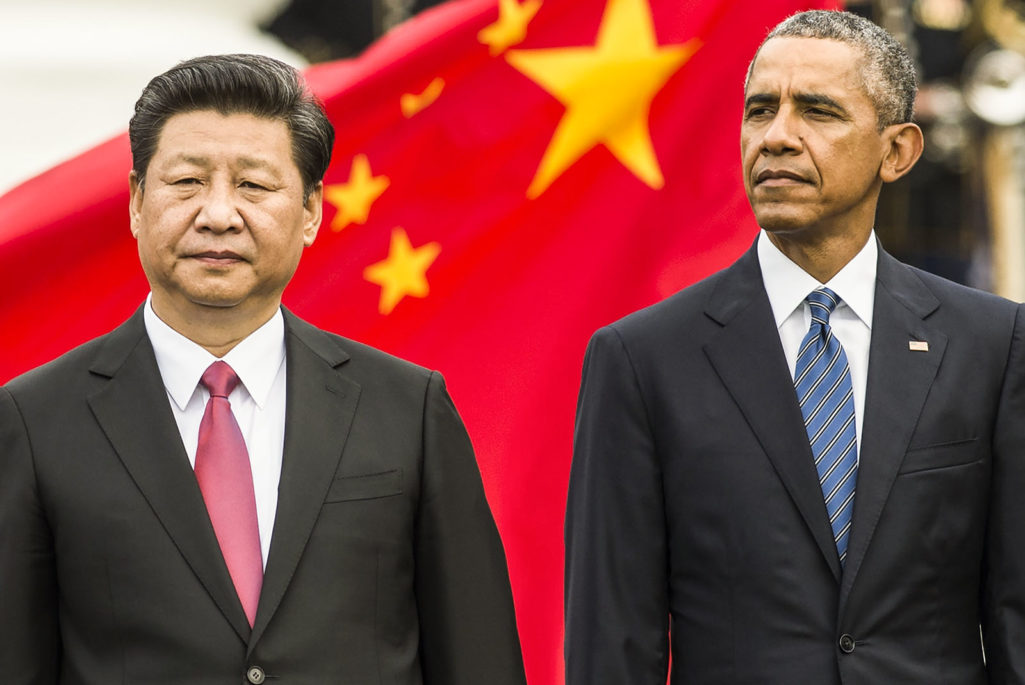 [Editor’s Note: All next week BRINK will run a special series of stories related to economic and policy issues confronting China today.]

China’s transition from an export-led economy to one based on domestic consumption is a leading global economic theme today, given the outsized importance of the country’s economy. But many bumps are expected along the way in that huge changeover, even if things were to go relatively well.

Some areas of contention with trading partners like the U.S. will continue to include differences over the valuation of the renminbi and export policies by companies with state control and funding. One example: new concerns about steel manufacturing overcapacity, which led China’s steel exports to surge by 20 percent in 2015 and the underpricing of production elsewhere. Such a development caused critics to question just how rapidly China plans to abandon what many critics see as beggar-thy-neighbor policies.

Despite such frictions, there are positive developments too. On March 31, President Barack Obama met with Chinese President Xi Jinping during a nuclear security summit for 50 world leaders in Washington. That meeting led to agreements for more cooperation in the areas of nuclear weapons, cybersecurity and climate change, according to news reports. On the business side, the two leaders also agreed to continue work on a bilateral investment treaty.

It is clear that with China and the U.S. positioned to be the world’s top growth engines in the decades ahead, the whole world has a stake in their relationship. If the two countries can focus more on what they have in common, rather than differences, they could deepen their bonds, according to Geoffrey Garrett, Wharton’s dean and also a management professor who spoke at Wharton’s annual E-House Real Estate Forum.

A new age is dawning in the economic relationship between the United States and China, one in which the two countries are motivated by shared challenges and mutual needs, he noted. This bilateral relationship, a marked contrast to the “co-dependent” one that the two countries maintained for many years, has implications that extend far beyond the two nations’ borders. “The business interactions, the people-to-people interactions between the world’s two most important countries are going to be the win/win/win of the 21st century,” said Garrett.

Although China’s steep growth curve may be flattening—a good thing for China, according to Garrett—China is nevertheless expected to surpass the U.S. as the world’s largest economy within the next 10 years. “Together, China and the U.S. will be the twin growth engines of the global economy,” noted Garrett. The only country that has any real chance of catching up is India, whose status with regard to economic transformation he likened to that of China in the 1980s.

The similarities between the economies of China and the U.S. are far greater than size and influence, a fact that is often not recognized. “The fundamental economic challenges facing the U.S and China are quite similar, though they play out differently,” said Garrett, who spoke about how the two countries are dealing with aging populations, public debt, infrastructure, productivity and the environment. In the U.S., the graying of society has profound implications for Social Security and Medicare, the two largest public programs for retirees and plays into people’s concerns about the programs’ future viability. The consequences of demographics in China are different: Having seen a peak in its working-age population, China must find sufficient labor-market growth to drive its economy forward.

Also, China is experiencing the transition from family-provided care for the elderly to more state-provided care. This is unfamiliar territory for the Chinese, and is thought to be a driving force behind their high personal savings rates. “People believe that they are saving not only for their retirement but for their family’s,” noted Garrett.

With China and the US positioned to be the world’s top growth engines, the world has a stake in their relationship.

Public debt tied to the financial crisis of 2008 is an issue for both the U.S. and China. The U.S.—and other Western countries—spent trillions on fiscal stimulus in the wake of the financial crisis. “There is a large overhang from these policies,” said Garrett, pointing out that public debt in the U.S. has doubled from its pre-crisis levels, arguably at the worst time because of the financial pressures caused by the aging population. Garrett characterized public debt as “a kind of stealth candidate” in the U.S. Presidential election, as it sparks concern among candidates and voters of all political stripes.

While in the U.S. the public debt is a concern at the federal level, China’s heavy post-crisis spending on infrastructure has left many second- and third-tier cities saddled with heavy debts. Though there is no question that there were benefits from the investment in infrastructure, there remains the concern that Beijing may have to bail out provincial and local governments.

Indeed, infrastructure and public debt are closely linked in both the U.S. and China. China’s infrastructure is new and modern, but building isn’t done. “The challenge for China is how does it continue the infrastructure revolution to move another 200 or 300 million people to cities,” said Garrett. “Urbanization is how hundreds of millions of Chinese people have been lifted out of poverty.” The absence of infrastructure in places such as India and Indonesia is the single biggest impediment to their ability to make similar strides, he said. In the U.S., the infrastructure challenge is about replacing an aging infrastructure when public debt is weighing heavily on the country.

Slowing productivity growth has made innovation and entrepreneurship the “number one agenda item” around the world, according to Garrett, because people believe that new organizations are better at producing innovation than mature ones. For its part, China’s new five-year plan has supply-side structural reform as its key element — an indication that the Chinese government knows that its next stage of economic growth will have to be driven by private sector innovation and entrepreneurship rather than by the government.

In the U.S., there is plenty of innovation and productivity. The issue is how they are concentrated by geography and company, and consequently the number of people who benefit. “There is a tiny number of people who live in the key innovation cities in the U.S.: New York for finance, Hollywood for entertainment, San Francisco for information technology,” Garrett said. Apple is considered the most productive company in the world when measured by revenues per employee. “For shareholders that is great. But for the country the problem is Apple doesn’t employ very many people.”

Finally, the environment is a major concern in both countries, with China taking a highly pragmatic view that is spurring it to action. “They are finding domestic solutions to domestic problems,” said Garrett. “Chinese entrepreneurs have figured out there are a lot of great business opportunities in China with regard to the environment, which is good for China and good for the world.” By contrast, in the U.S., the environment is what Garrett characterized as “a political football,” with the result being that the U.S. has under-delivered in addressing climate change because there has been no political incentive to do otherwise.

From Co-dependent to Bilateral

These commonalities can deepen the bond between China and the U.S. Garrett characterized the relationship between China and the U.S. from 1995 to 2005 as a “co-dependent” one: China lent the U.S. money; the U.S. bought Chinese goods. “The U.S. became addicted to cheap Chinese loans and the Chinese economy was addicted to the U.S. buying. It was co-dependent, addictive, and profoundly imbalanced,” he said, pointing out that China held some $3 trillion in foreign reserves and that the trade deficit is over $300 billion a year. It was also unsustainable.

He said the new economic relationship began when China allowed the renminbi to appreciate against the dollar. Over the last decade, it has appreciated 30 percent in nominal terms, 50 percent in real terms. A defining characteristic of this new relationship is the importance of China’s consumer market to the U.S. economy, as illustrated through the fall and rise of General Motors.

The U.S. automaker went bankrupt after the financial crisis and was bailed out by the U.S. government. But it returned to profitability thanks to robust demand from China. GM now sells more vehicles in China than it does in the U.S. “Ten years ago we thought about China as a cheap place to make cars, but now it’s the biggest growth market for selling them,” said Garrett.

The growth of the Chinese consumer market is critical to many U.S. firms, even though products designed in the U.S. that are made and sold overseas don’t show up as exports. The benefits to employees and shareholders of such companies are obvious, but explaining to the American public that it is good for the U.S. if the Chinese consumer buys American products made in China is politically challenging.

Garrett pointed out that the U.S. faced a similar situation some 30 years ago with Japan: The U.S. pushed Japan to increase the value of the yen against the dollar, resulting in increased Japanese investment in the U.S. Acceptance of Japanese investment in the U.S. was slow. It was helped by Japan’s economic downturn, which meant Japan was no longer seen as an economic threat, and by Japan’s status as a U.S. security ally.

The U.S. is likely now to see more and more Chinese investment, too, but acceptance could be slower than it was for the Japanese. For their part, Chinese investors have been savvy, focusing largely on real estate rather than “big, glamorous” transactions involving companies. Eventually, there will be more acquisitions of U.S. companies by China. “This is the reality that the U.S. has to accept,” asserted Garrett. “The good news about this relationship is that it is a win-win. The bad news is it doesn’t work easily politically.”

One solution, noted Garrett, would be to have China and the U.S. participate on equal footing in more trade and economic organizations. Garrett characterized the Asia-Pacific Economic Cooperation, to which both China and the U.S. belong, as being about “photo opportunities.” Among U.S.-led organizations where China is not a member is the Trans Pacific Partnership.

China’s absence is particularly notable because other TPP members trade with China. It has been suggested that the U.S. would like to see China follow the same path to the TPP as it did to the WTO: The U.S. lays down the rules and China joins once the rules have been established. But “China has grown so much that it doesn’t make sense now for it to follow that same path,” he said. Meanwhile, the RCEP—or Regional Comprehensive Economic Partnership, the proposed free trade agreement between ASEAN and other countries—would not include the U.S.

“A real trade agreement that includes China and the U.S. is in everyone’s interest,” said Garrett. Paraphrasing former U.S. Secretary of State Henry Kissinger, Garrett said such an agreement between the world’s two largest economies would create peace and prosperity in the 21st century—and be a win for China, a win for the U.S. and a win for the world.

Juan Cortiñas Founder and Managing Partner at Opportunitas Advisors Peter Schechter Host of Altamar Global Issues Podcast and BRINK columnist
URL: https://www.brinknews.com/will-common-ground-between-the-u-s-and-china-strengthen-their-bond/
Get ahead in a rapidly changing world. Sign up for our daily newsletter. Subscribe
​​