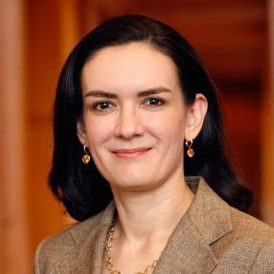 Ruth Mason
Professor of Law and Tax at University of Virginia 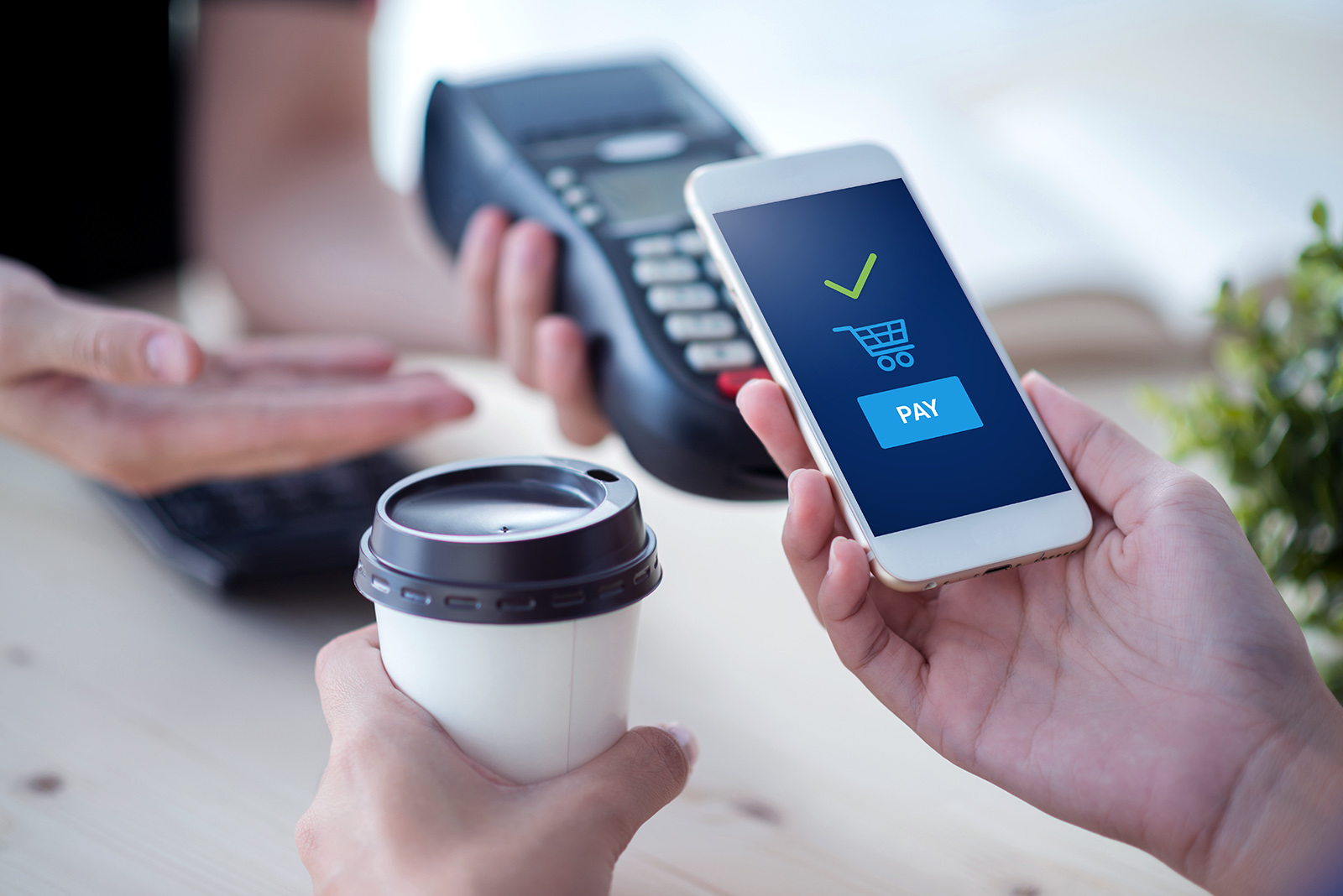 One can imagine, due to COVID-19, other countries that haven't yet adopted digital services taxes doing so.

As COVID decimates tax revenues for countries, governments will be under intense pressure to find new ways of raising taxes without suppressing economic activity. One possibility is to raise taxes on digital commerce across borders, which currently doesn’t happen.

Back in January, the U.S. government threatened to impose tariffs on French imports when President Emmanuel Macron of France announced he was imposing a digital tax on companies like Amazon and Google in France. Is this what the future will be? To find out, we turned to Ruth Mason who is the Edwin S. Cohen Distinguished Professor of Law and Tax at the University of Virginia. Our executive editor Tom Carver began by asking what the latest was on the France-U.S. dispute.

MASON: Where the countries have officially left it is that France is going to collect its digital sales tax but has agreed to refund it, provided that the United States comes to an agreement at the OECD on how to modify the current international tax rules going forward. So basically, if the countries can get together and agree on reallocating the tax revenue between them, then France will give up the digital services tax.

CARVER: But as it stands at the moment, France is taxing Amazon and others?

MASON: Yes. And Amazon has announced that it’s going to pass through that tax to its French sellers, which means French consumers are paying that tax. If France ends up refunding it, Amazon will get a refund. My view is that it’s mostly a political move to try to convince the Americans to negotiate a new tax regime at the OECD.

Another possible explanation is that France and other European countries have to appear to be taxing these large U.S. multinationals, which have constantly been in the news for not having to pay corporate taxes. So it also responds to a popular dissatisfaction with a lack of corporate taxing.

The Existing System Is Based on 1920s Commerce

CARVER: You mentioned the OECD, where this grand bargain is underway to try to reform the international tax system: What is the latest on that? Despite COVID-19 and the economic crisis, are they still planning to pull that off?

MASON: Yes. They are still hard at work, still having meetings virtually, and still purport to be aiming at their same deadline of the end of the year. Lots of trade groups have tried to encourage the OECD to slow down, given the crisis. But so far, the OECD seems to be on track and thinks — at least it hopes — that it can keep to its original deadline.

CARVER: Do you think that it should pause until the crisis is over?

MASON: I think many countries are going to be experiencing revenue shortfalls, the likes of which they have never seen before. And I don’t think that there’s going to be much capacity inside governments to think about the particular issues the OECD is trying to resolve. We’re seeing estimates of GDP drops of 30% this quarter; that is going to decimate domestic tax collections. And I don’t think anyone’s really going to be focused on how to reform the tax treaty.

CARVER: But in a way, given that countries will be desperate for tax revenue, having some sort of digital tax agreement in place might be good for them.

MASON: It’s easy to see COVID as motivating permanent digital taxes. One can imagine other countries that haven’t yet adopted digital services taxes doing so. In fact, that’s a proposal that’s happening in some U.S. states. But if a U.S. state were to pass a digital tax, it would put the U.S. Treasury in a difficult position arguing that France shouldn’t have one. If Maryland has one, why shouldn’t France?

One thing I should mention about the state digital taxes is there are a number of legal impediments. It’s not totally clear that there’s a federal law that may prohibit it, but there may be constitutional restrictions; it is something they’re thinking about.

The legal requirement for taxing a business is based on, to a large extent, physical presence, but there is widespread agreement that this threshold is no longer fit for the modern economy.

CARVER: You have written that the whole international tax system is based on a framework that dates back to the 1920s. So presumably, it is in dire need of being reformed in this new digital economy.

MASON: Right now, the legal requirement for taxing a business is based on, to a large extent, physical presence. And there’s widespread agreement that this threshold is no longer fit for the modern economy.

The question is, what should replace it? Because once you replace it, let’s say you base it on sales into the jurisdiction or users in the jurisdiction, then you have to decide, “So now it’s possible for that state to tax the foreign company even though they don’t have a physical presence. But how much tax can they collect? What share of Twitter’s income should France get?”

CARVER: And what’s your view as to how it should be done?

MASON: This negotiation is not just about digital, and now, with the COVID crisis, demands for more tax are going to become sharper. So it may have been impossible to satisfy some countries with a limited change to that old 1920s bargain. France just wants to tax the digital, but India wants to tax on the basis of its consumers. And so might China.

Taxing on Basis of Where Your Consumers Are

CARVER: Explain what that means.

Under the current system, you don’t get any tax entitlement based on where you have your customers. If French people are buying from Amazon, that doesn’t entitle France to assess income tax against Amazon. So what France says is, “Okay. Well, I want a tax based on my users, not my customers, necessarily, but my users, but I only want to do it for digital. For every other kind of product, I want the old system.”

But countries like India and China that have large consumer markets would like more tax share to be awarded according to the number of consumers. And that’s one of the disputes that they’re trying to resolve at the OECD.

CARVER: How do you think this will all end up?

MASON: It’s extremely difficult to predict. What we see now is all kinds of unilateral measures. The United States still seems to want to mostly adhere to the 1920s bargain. And the U.S. is, of course, a very powerful player in this dispute.

But you could also imagine that the U.S. isn’t able to agree at the OECD, and then you just continue to have these unilateral measures. The problem with those unilateral measures is that, although they’ll raise money for states that can’t tax under the current bargain, they raise the costs of commerce.

There’s no sort of normative principle, there’s no shared conception of fairness or efficiency, or even that increasing world economic growth is the goal. All the countries have different goals. So it’s really hard to say what will happen.

Professor of Law and Tax at University of Virginia @ProfRuthMason

Ruth Mason is the Edwin S. Cohen Distinguished Professor of Law and Tax at the University of Virginia. Mason joined the University of Virginia School of Law faculty in 2013. Her research, which has been cited by the Supreme Court, focuses on tax discrimination in the United States and the European Union. Mason teaches taxation, comparative tax law, and the International Tax Practicum.

Til Schuermann Partner and Co-Head of Oliver Wyman’s Risk & Public Policy Practice
URL: https://www.brinknews.com/will-coronavirus-accelerate-a-digital-tax-adoption/
Get ahead in a rapidly changing world. Sign up for our daily newsletter. Subscribe
​​