World Tuberculosis Day 2017: Are we Paying Attention Yet? 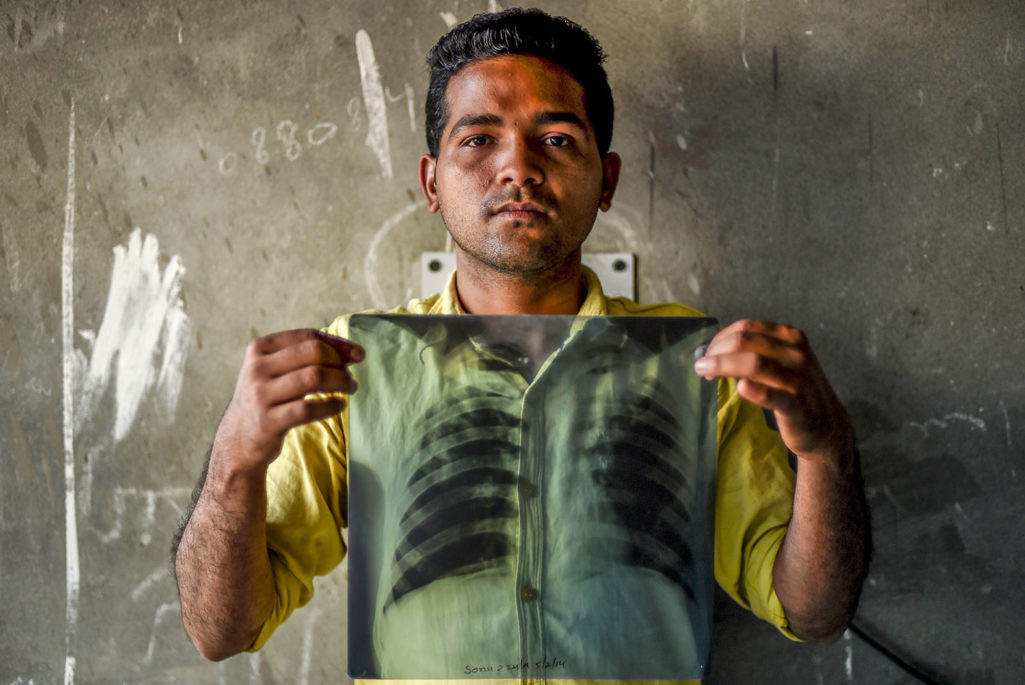 Indian tuberculosis patient Sonu Verma poses with his chest x-ray in Sonipat. Some 2.2 million patients are diagnosed with the disease in India every year, more than in any other country, according to the World Health Organization.

On the evening of March 24, 1882, Robert Koch presented a paper titled “Über Tuberkulose” (concerning tuberculosis) at the reading room of the Physiological Society of Berlin. In a series of rigorous, yet elegant studies, he demonstrated that tuberculosis is caused by a bacterium, which we now know as Mycobacterium tuberculosis (TB). He received neither applause nor questions when he finished his lecture, but he had fundamentally changed how we understood TB, and how the disease may be controlled.

One century later, the World Health Organization (WHO) and the International Union Against Tuberculosis and Lung Disease (IUATLD) sponsored the first World TB Day on March 24, which has since become an annual event intended to educate the public about the disease and its continued calamitous health and economic impact on both individuals and societies.

In Koch’s time, there was no effective treatment for the disease, and TB killed 1 in 7 people living in Europe and North America. Today, we have anti-TB drug regimens that can cure the vast majority of those afflicted with the disease, but the toll from TB remains high, borne disproportionately by people living in the poorer countries of Africa and Asia.

The World Health Organization’s Global Tuberculosis Report 2016 estimates that there were approximately 10.4 million new cases of TB and 1.4 million deaths from TB in 2015. Just over 58 percent of the people newly diagnosed with TB were believed to have had access to quality TB care, and this percentage fell to 20 percent for those diagnosed with multidrug-resistant TB (MDR-TB)—a term used to describe infections caused by M. tuberculosis isolates that are resistant to the two “backbone” drugs in the armamentarium against TB, isoniazid and rifampicin.

Among the top 30 high TB and high MDR-TB burden countries listed by WHO, 11 and 10 are Asian countries respectively. Together, these Asian countries alone accounted for more than 35 percent new cases of TB diagnosed in 2015.

These dismal statistics belie the fact that the situation with TB has generally improved since 1993, when WHO declared TB a global public health emergency. The incidence of TB has fallen year on year globally as well as in Asia.

The proportion of newly diagnosed cases with MDR-TB has not changed despite increased testing: 3.9 percent of new TB cases were found to have MDR-TB in 2015, similar to results from 2013. In fact, WHO developed the End TB Strategy in 2014 as the post-2015 Global TB Strategy, with the ambitious goal of ending the global tuberculosis epidemic. Milestones include reducing tuberculosis deaths by 75 percent and 95 percent (relative to 2015) by 2025 and 2035 respectively, with a corresponding 50 percent and 90 percent drop in the incidence rate of TB.

Why TB is Hard to Address

One can intuitively understand from the long timelines given to achieve the milestones that much remains to be done to establish the three pillars of the End TB Strategy. It’s also worth repeating that TB is a slow infection, where majority of infected people do not develop the active disease, while those who do typically develop the condition months to years after exposure, including a significant proportion who reactivate TB contracted in their youth only in their old age. What should have been a biological weakness—the slowness of its spread—paradoxically turns out also to be a strength.

Such a slow pace of transmission seldom registers on the public consciousness, lacking the immediacy of other infectious disease outbreaks such as Zika or MERS. It is easy for the public, policymakers and even public health officials to be lulled into complacency, or distracted by more urgent matters.

A valuable lesson was provided by the U.S. in the recent past, when after decades of declining TB rates, there was a resurgence of TB cases in the mid-1980s to early 1990s due to the confluence of different factors, including the spread of the HIV virus, increases in immigration of people from TB-endemic countries, and development of drug-resistant TB. Years of funding cuts to federal and state TB control programs hampered the ability of U.S. public health officials to respond until new resources were mobilized in the 1990s.

India had also cut budget for its national TB program five years in a row before reversing the trend this year, given that India accounts for more than a quarter of the world’s new TB cases and 29 percent of the 1.8 million TB deaths globally.

Elsewhere in Asia, Singapore has also experienced a gradual rise in TB incidence rates from 2008, again after decades of declining TB rates. The two primary drivers for this phenomenon appear to be an aging resident population and an increase in the non-resident population. Increased resources have been provided by the Ministry of Health to address this rise in TB incidence rates in Singapore, but much like in the U.S., it may take a few more years before the impact is seen. Such an impact of an aging population has also been seen in Hong Kong, Japan and other parts of East Asia.

The theme for this year’s World TB Day is the same as 2016’s: Unite To End TB—with a special focus on efforts that will overcome barriers to access quality TB care and leave no one behind.

There is no one-size-fits-all concrete recommendation for successful TB control because of inherent differences in the TB epidemic and sociopolitical make-ups of countries, but there are some basic considerations that appear to hold true, be it in Asia or elsewhere.

It is important to ensure a decades-long commitment and focus toward stopping the TB epidemic by governments, civil societies and communities. Although it is tempting to progressively cut funding for national TB programs when TB incidence rates are trending downward, this would be a mistake. The cost of treating and preventing each case of disease—TB or otherwise—goes up even as disease rates fall, and the consequences of reducing TB program funding have already been made apparent in many countries.

Progress against TB has come—even prior to the advent of effective anti-TB drugs—via alleviation of poverty and addressing other social determinants such as overcrowding or social equality; these should be considered holistically in any effort directed toward TB control.