Is Coronavirus About to Cause the Next Global Financial Crisis? 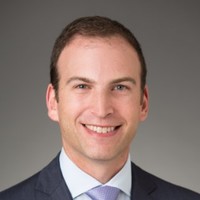 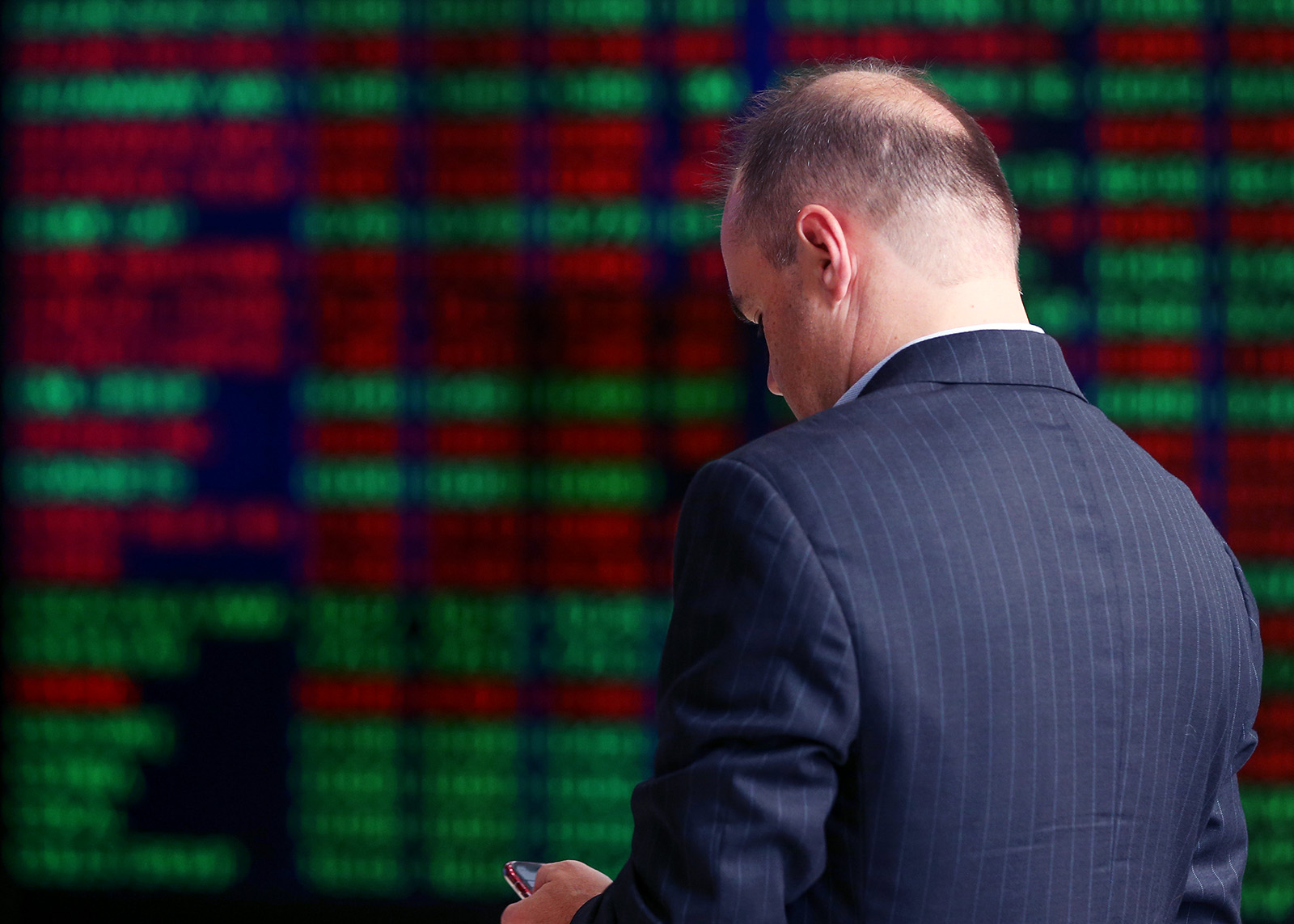 A man looks at an electronic board displaying stock information. Much of the focus of headlines, due to COVID-19, has been on the gut-wrenching losses in major global stock and commodity markets.

The ongoing coronavirus is extracting a heavy toll on financial markets and investors’ psychological well-being. Much of the focus of headlines has been on the gut-wrenching losses in major global stock and commodity markets, disorienting spikes in equity volatility and plunges in treasury yields. But the shaky foundations of the $72 trillion global corporate debt market arguably pose a greater threat to the economy and financial system.

Ever since the Global Financial Crisis (GFC) of 2007-09, global monetary policies have kept interest rates low, fueling a corporate debt binge that has resulted in a 60% increase in debt outstanding. Unlike the GFC, where the problems originated from an over-levered financial sector lending to over-levered real estate borrowers (facilitated by complex securitization), this crisis is originating in the real economy through a collapse in demand and isn’t confined to one sector.

The longer the global pandemic persists, the more likely underlying weaknesses of debt-laden corporate balance sheets will be exposed, setting off a wave of selling, impairments and defaults. In this scenario, a combination of mark-to-market losses and defaults will reduce investors’ appetite for corporate credit risk and will eat into financial institutions’ capital cushions, potentially destabilizing the system and constricting the flow of credit through the economy.

The global corporate bond market represents about $13.5 trillion outstanding globally, of which the lion’s share is investment grade. The investment-grade market is where the largest, most established companies access capital to finance medium- to long-term needs. Next to Treasury bonds, the investment-grade corporate bond market is generally viewed as the safest place to invest. That safety is being brought into question.

The makeup of the market has changed substantially since the GFC. This is particularly true if you look at the cusp of investment-grade bonds, those rated BBB. For example, in 2007, the Barclays Global Aggregate Corporate Index consisted of 26% BBB; the proportion is now up to 50% (as of March 20, 2020). While this has pushed the average credit rating of the index down and elevated the default risk on average, it has also increased the risk of fallen angels, or bonds losing investment-grade status due to downgrades.

If the number of fallen angels increases significantly due to COVID-19, it would have important implications for a wide range of investors and financial institutions, creating a potentially destabilizing dynamic in the system.

One of the most impacted groups would be insurers, particularly life insurers, who are among the largest holders of investment-grade credit in the world. Insurance companies are subject to strict regulatory capital charges that vary depending on the risk of the asset. In the U.S., the size of the regulatory capital charge increases by two to three-and-a-half times for bonds that are downgraded to junk status, which would adversely impact insurers’ capital and solvency ratios. To the extent that bonds ultimately have to be impaired or default, this would further eat into earnings and capital cushions.

Downgrades to junk status could also trigger a broader forced-selling dynamic by investors that are not allowed to hold below investment-grade assets. One important set of players in this market is investment-grade index funds, which have had significant inflows since the GFC. These funds will — by definition — be forced to sell any fallen angels, locking in losses for their investors. While this would be bad for passive fixed-income investors, the bigger concern is that this forced selling dynamic will act as an accelerant that further reinforces the cycle of price declines, downgrades, defaults and losses, thereby harming financial institution balance sheets and investor returns and confidence, ultimately stifling the flow of credit in the economy.

The corporate sector is facing astonishing declines in revenue triggered by a real economy demand shock, the length of which is largely unknown.

Many angels seem poised for a fall with spreads on BBB bonds recently spiking to levels not seen since the GFC.

Zombies Are CLOsing In

For smaller, typically more highly leveraged companies, funding needs are commonly satisfied through banks in the leveraged loan market. According to the BIS, the global leveraged loan market is now worth $1.4 trillion, roughly twice the size it was in 2008 and similar in size to the market for subprime mortgages circa 2007. These leveraged loans are often packaged into collateralized loan obligations (CLOs) and bought by yield-starved investors in tranches — equity, mezzanine and senior — including banks, insurers, asset managers and hedge funds.

The companies borrowing in the leveraged loan market are at the riskier end of the spectrum, making them particularly prone in times of economic stress. A growing number of leveraged borrowers are likely to be zombies. The combination of falling interest rates enabling higher levels of debt and loosening bank underwriting standards has been fueling this dynamic for many years now. Indeed, over 80% of leveraged loans today are “covenant lite” — loans that offer lenders fewer recourses against borrowers. This is up from around 25% pre-GFC. Moreover, debt-to-earnings ratios for the segment have been worsening in aggregate. For example, in the first quarter of 2019 over 40% of new issuances went to companies with debt-to-EBITDA ratios >6, a 20-year high.

In the leveraged loan market, it isn’t a question of if the downgrades and defaults will start in a recession, it’s only a question of when and how bad it will be.

We’re concerned that the answers to these questions are soon and very. Losses may end up being particularly painful for investors in equity or mezzanine tranches of CLOs — predominantly insurers, asset managers and hedge funds — who will bear the brunt of imminent downgrades, mark-to-market losses and subsequent defaults.

It’s debatable the extent to which deterioration in the CLO market could trigger a broader systemic event, as banks hold almost exclusively the AAA tranches. A variety of central banks and international financial institutions have been monitoring the leveraged loan market as a potential systemic risk the past few years, but, as a recent U.S. Federal Reserve Financial Stability Report summarizes: “It is hard to know with certainty how today’s CLO structures and investors would fare in a prolonged period of stress.”

This Time Is Different

Many major segments of the global corporate debt market are facing significant pressure from the global pandemic. In the GFC, a lot of the distress in debt markets was driven by the drying up of liquidity, causing securities to trade at discounts due to lack of financing, but ultimately recovering most of their value. Now, the corporate sector is facing astonishing declines in revenue triggered by a real economy demand shock, the length of which is largely unknown. Given the massive size of the corporate debt market and the increased leverage on company balance sheets coming into this crisis, significant and permanent investment losses — not just temporary, liquidity-driven, mark-to-market losses — are all but certain.

While central banks can help buffer shocks to the flow of credit, with interest rates at or near zero globally, the ability to meaningfully stimulate demand is severely limited. Consequently, massive fiscal interventions will likely be required to stave off broader economic collapse. The $2 trillion stimulus package just passed by the U.S. government is one step in this direction. But will it be enough to prevent fallen angels and zombies from infecting financial markets and the broader economy? We believe this is a headline that needs to garner more attention.

Josh Zwick is a partner at Oliver Wyman, located in New York.

Til Schuermann Partner and Co-Head of Oliver Wyman’s Risk & Public Policy Practice
URL: https://www.brinknews.com/zombies-fallen-angels-coronavirus-the-next-great-financial-crisis-recession-corporate-debt-bonds/
Get ahead in a rapidly changing world. Sign up for our daily newsletter. Subscribe
​​