December 22, 2020 An Altamar podcast interview with 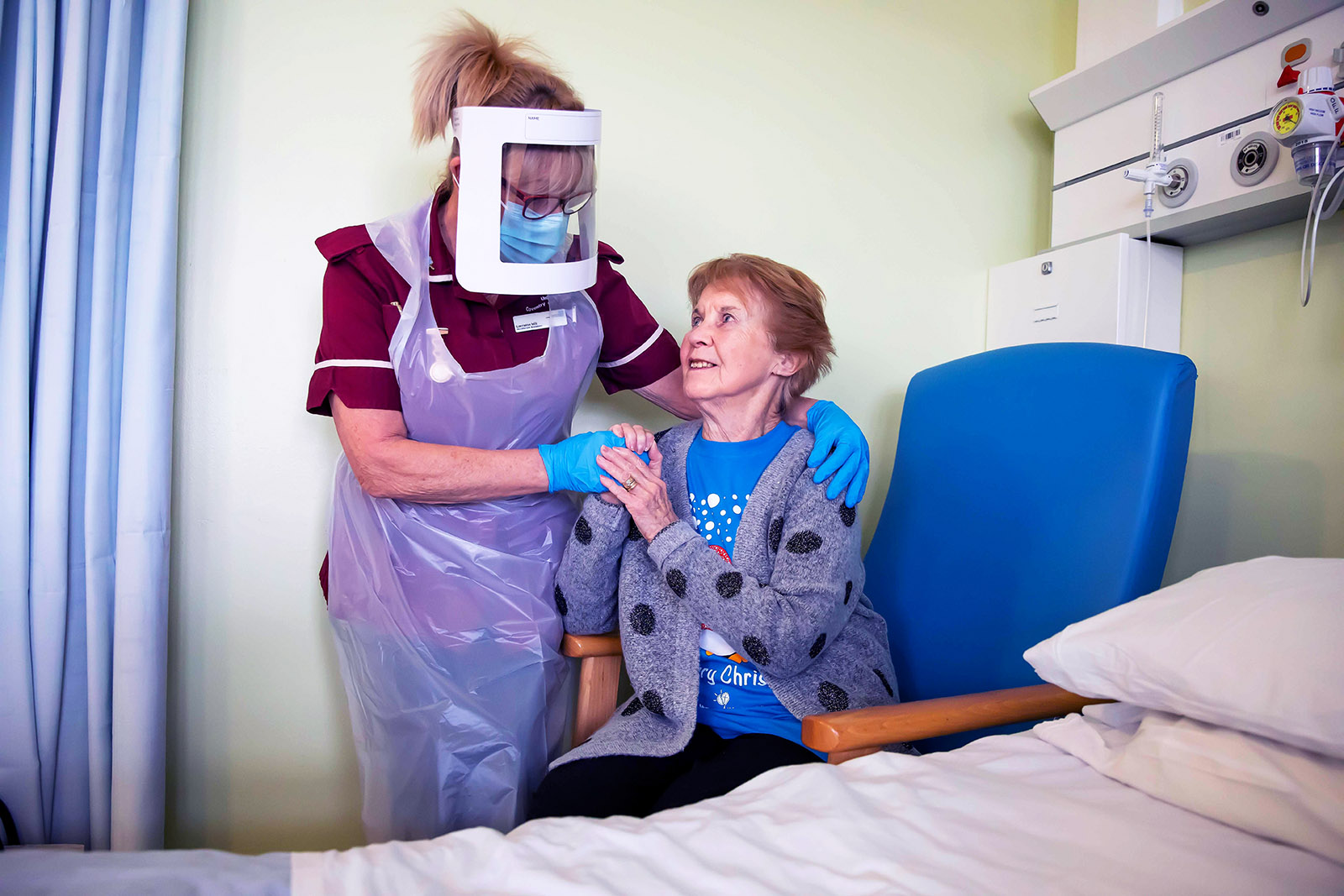 A patient in the United Kingdom who received the Pfizer-BioNTech Covid-19 vaccine on December 9, 2020. No matter how 2021 differs from 2020, we may not recognize our new normal.

Going into 2021, everyone is hoping for a better year. But what will the new year mean for world politics, global markets and technology?

2020 can’t end quickly enough. After months of political polarization, economic impoverishment and calamity for so many, coronavirus vaccines are rolling out and the world is pondering a new reality. Change begets change — but what kind of change is coming?

DJ Peterson, president and founder of the research and consulting firm Longview Global Advisors, joined the Altamar podcast team to explore some of the possibilities in global politics, financial markets and technology for next year and beyond. Prior to Longview, Peterson built and led the corporate advisory services practice at Eurasia Group, and was a political scientist at the RAND Corporation.

A Year of Recovery

2020 and the near future can be summed up with two words, according to Peterson: “amplified” and “fragility.” The COVID-19 pandemic and its effects have “amplified a number of issues such as inequality,” he says. At the same time, “governments have much more limited resources.”

Still, Peterson is more hopeful for 2021: “I think what the world looks like at the end of next year is going to be very different from where we are. … 2021 is really going to be a year of recovery.”

That doesn’t mean next year will be smooth sailing.

Peterson is worried about the United States: “I don’t think the political risks go away.” U.S. president-elect Joseph Biden and his upcoming administration will have difficulties taking on both the “governance challenge,” as well as “partisanship and polarization,” he notes.

Moreover, Peterson worries about “slow growth and if the economy doesn’t rebound quickly and strongly … it really bodes ill for political stability and what happens in the next elections, in 2022 and even 2024.”

China’s economy is expected to bounce back next year, while other major powers are still digging out of the pandemic.

“When we emerge from 2021 and we are looking towards 2022 and 2023, China as a global player is going to be so much bigger,” says Peterson. But as Beijing’s “weight has grown geopolitically, it’s also scaring a lot of countries,” he explains. In turn, he expects nations like Australia, Canada, Japan and Europe to be “eager to cooperate … with a comprehensive strategy to basically rebalance against China.”

Cracks in the European Union Could Worsen

Peterson warns of the possibility of “a slow-moving financial crisis potentially going to reemerge in 2021 or 2022” in Europe, pointing to non-performing loans in an economy that is “heavily dependent on banks and bank lending.”

Rising concerns over extremism and violence in Europe could also lead to a political crisis, he says: “If [European governments] are perceived as not being able to control their borders, this really calls into question the purpose of the European Union.”

2021 looks brighter for the Middle East, however.

Thanks to the normalization of ties between Israel and some Arab states this year, Peterson is optimistic that the region could set “a new course” and move away from “traditional geopolitical fracture lines.” Even bad actors like Iran have been behaving, he says, noting that Tehran “has been avoiding controversial or provocative actions in mini crisis moments.”

As the world works to get back on its feet, expect the technology sector to retain its leadership position: “Technology was a big winner in the pandemic. E-commerce, but also just the broader rush to digitize services and products.” Nevertheless, Peterson notes: “While technology is going to be winning in the marketplace, it is facing increasing political risks in the social and political environment.” In turn, he says governments are likely to strongly confront tech companies over issues related to size, power and taxes.

The Likelihood for a “Greener Recovery”

As countries try to kick-start their economies, Peterson argues that sustainability initiatives could be deferred: “It’s a huge debate in the economics community right now. … How much should be spent on addressing these issues at the same time that you’re trying to restart growth?” In addition, “emerging markets … have been starved of capital” and won’t necessarily be thinking of climate change when “they have so little money in their hands right now.”

No matter how 2021 differs, we might not recognize our new normal: “In a year’s time, are we going to be exhausted? Are we going to be content? …That leads to a big question that’s out there: How are people’s tastes going to change, whether it is travel or leisure or offices or views of government?”

Til Schuermann Partner and Co-Head of Oliver Wyman’s Risk & Public Policy Practice
URL: https://www.brinknews.com/2021-the-rebound-year/
Get ahead in a rapidly changing world. Sign up for our daily newsletter. Subscribe
​​