7 Boardroom Challenges for Companies in Asia 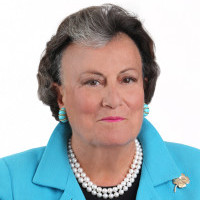 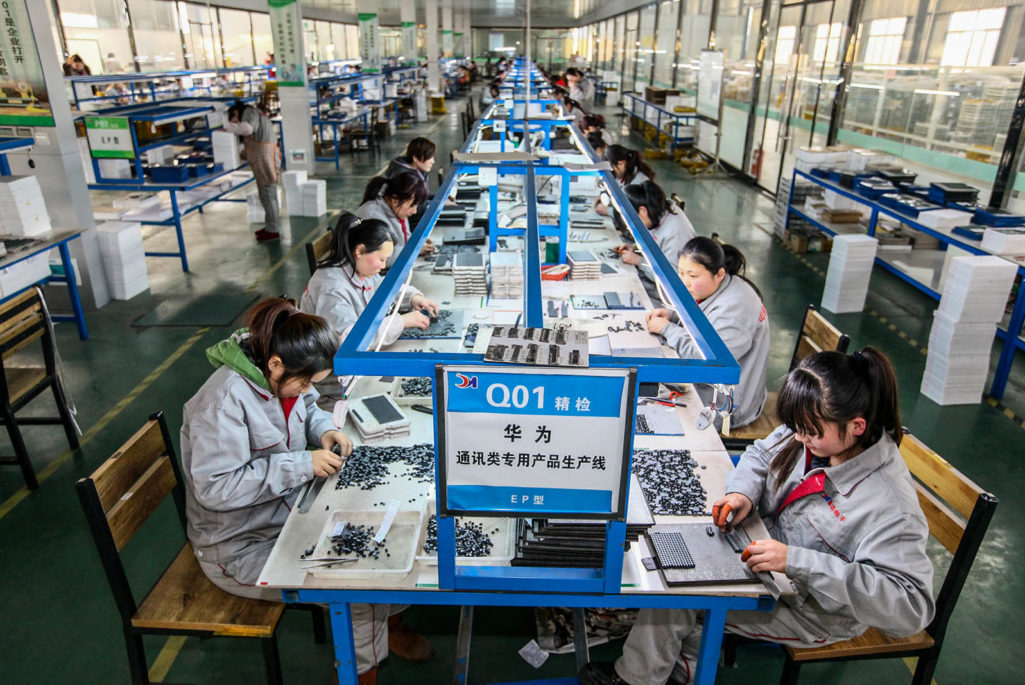 Workers sort parts at an electronics company in Tengzhou, in China's eastern Shandong province on February 1, 2016. Manufacturing activity in China contracted at its fastest level in more than three years in January, government data showed on February 1, underlining weakness in the world's second-largest economy.

With the Asian slowdown shaking world markets and investor confidence, boards are readjusting their thinking toward the region.

To highlight the challenges of this region, WomenCorporateDirectors Foundation held its annual Asia Institute, convening more than 100 top women executives and board members from across Asia in Tokyo last fall to discuss trends in the Asian market. The group discussed the corporate game changers in this new post-economic-miracle era and how companies operating in the region are retrenching and preparing themselves competitively for the future.

Below are some of the top issues facing boards in Asia this year, as raised by the business leaders participating in the Institute:

Surviving the “double demographic shock.” Countries across Asia, especially Japan and South Korea, but also more to come, are experiencing a double demographic shock, with aging populations and a shrinking workforce driving slower economic growth. These conditions are part of a shift in the economic hierarchy, said Di Landau, a director of James & Co. in Australia, CEO of Global Resources, Inc. and a WCDF member. “The emerging market countries now contribute a bigger share to global GDP than their developed counterparts; it’s no longer a hierarchy where the developed countries are at the core of world affairs with emerging nations at the periphery. Boards have to understand that these terms—‘emerging’ and ‘developed’—are even dated.”

Looking at markets beyond the largest cities. As mega-cities have become congested with infrastructure bursting at the seams, both entrepreneurs and large companies are setting up businesses in smaller towns. This has led to disposable incomes rising at an unprecedented pace. “In India, we have a segment of professionally affluent (people), which is an important target market for companies,” said Jyoti Narang, former COO of Taj Hotels, Resorts & Palaces India; independent director of Au Financiers (India), Ltd. and Calderys India Refractories Ltd. and WCDF chapter chair. “This segment of 14 million households is contributing about 29 percent of domestic consumption, but will, by 2025, comprise 40 percent of consumption.”

The cost and risk associated with innovation is driving new partnerships and collaborations.

Understanding the complexity of a new market. “So many boards, when their companies are thinking of entering the Chinese market, say something like, ‘Just do the whole China!’ A lot of people think China is just one culture,” said Alice Au, global board member and partner at Spencer Stuart and WCDF Hong Kong chapter chair. “But it’s not. There’s the south, there’s the north, and many people in different cities like Shanghai feel like they have nothing in common with Beijing people—and vice versa. And then there’s the west there as well. And some multinationals are also finding it very difficult to penetrate the growing mid-level cities because a lot of entrepreneurs have built up their own companies there. So these huge companies are competing head-to-head locally there with those who actually understand that local culture much more.”

Working across silos in an organization. The Japanese concept of “kando” is something that Sony and its president, CEO, and director Kazuo Hirai have embraced to reinvigorate the “wow factor” in their products and services. To provide kando—an experience that, as Hirai said, “exceeds functional value”—requires crossing silos in an organization; technology cannot exist in a vacuum. For many organizations where silos may be more entrenched, it may require a board to ask the tough questions of management about innovation: The technology may be great, but will customers experience the “wow factor” and make the product go viral?

Moving from software innovation to hardware/software integration. While software and apps have been in a continuous boom, hardware is experiencing an exciting and dynamic change as well. Hardware production is getting cheaper and faster, with tools such as 3D printing becoming much more cost-effective and technologically available. “Starting a technology company used to be a lot more expensive because hardware development used to cost more. Today, prototyping is more easily done with use of tools such as 3D printing,” said Emiko Higashi, founder and managing partner of Tomon Partners, LLC; director of KLA-Tencor, InvenSense and Zeptor and WCDF member. Combining software with the faster, more cheaply developed hardware is allowing business models such as “hardware-as-a-service,” creating more opportunities for innovation even with smaller budgets. “When you think about how this, together with a massive accumulation of ‘data,’ affects the business you are in, the imagination can go wild,” Higashi said.

Reducing innovation costs. The cost and risk associated with innovation is driving new partnerships and collaborations, as seen in the Philippines, said Ma. Aurora Geotina-Garcia, owner of Mageo Consulting Inc.; chairperson of the Women’s Business Council Philippines, Inc. and chairperson of Bases Conversion & Development Authority, BCDA Management & Holdings Inc. and Queen City Development Bank. “The government has created shared services facilities for smaller companies and is cognizant of the fact that, for the economy to grow, we need to support the smaller companies, which cannot afford to buy or secure their technology on their own,” she said. “There are also instances where academia and industry have collaborated, in which a university provides or develops a technology and makes it available to the companies that cannot afford to create their own. And industry players also get together and co-invest or collaborate on creating innovative practices, which all of them can share.”

Impact of technology and talent on competitiveness. The explosion of technology and computing power is transforming industries by multiplying the power of the human brain. In the pharmaceutical industry in Asia and across the world, technology leaps are “creating competitive advantages of where the brainpower is,” said Steve Sugino, head of Asia-Pacific and president and representative director of Biogen in Japan. “You have a critical mass where the brightest minds are integrated across multiple disciplines of biology, chemistry and physiology to understand how diseases are affecting us,” he said. “Technology is helping us to the extent where it’s no longer necessary to have a huge laboratory with thousands of people. Companies like Biogen, at a much smaller scale, are able to be productive and innovative and create medicines that affect just as many people as the big companies doing this, and with a very different infrastructure.”

CEO and Global Co-Chair of WomenCorporateDirectors

Susan Stautberg is the CEO, co-founder, and global co-chair of WomenCorporateDirectors, the largest organization of women board directors globally. She is also the president of PartnerCom Corporation. 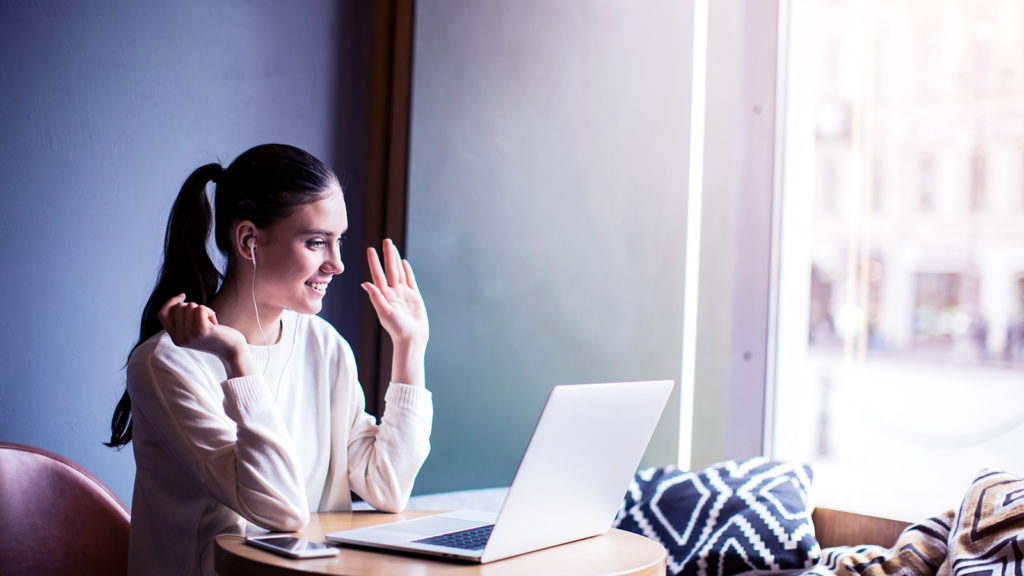 Amanda Evison Partner of Health & Life Sciences and Organizational Effectiveness at Oliver Wyman Eric Harr Founder & CEO of The Laudato sì Challenge
URL: https://www.brinknews.com/7-boardroom-challenges-for-companies-in-asia/
Get ahead in a rapidly changing world. Sign up for our daily newsletter. Subscribe
​​