A Tougher Economic Environment To Drive Credit Risks in Asia 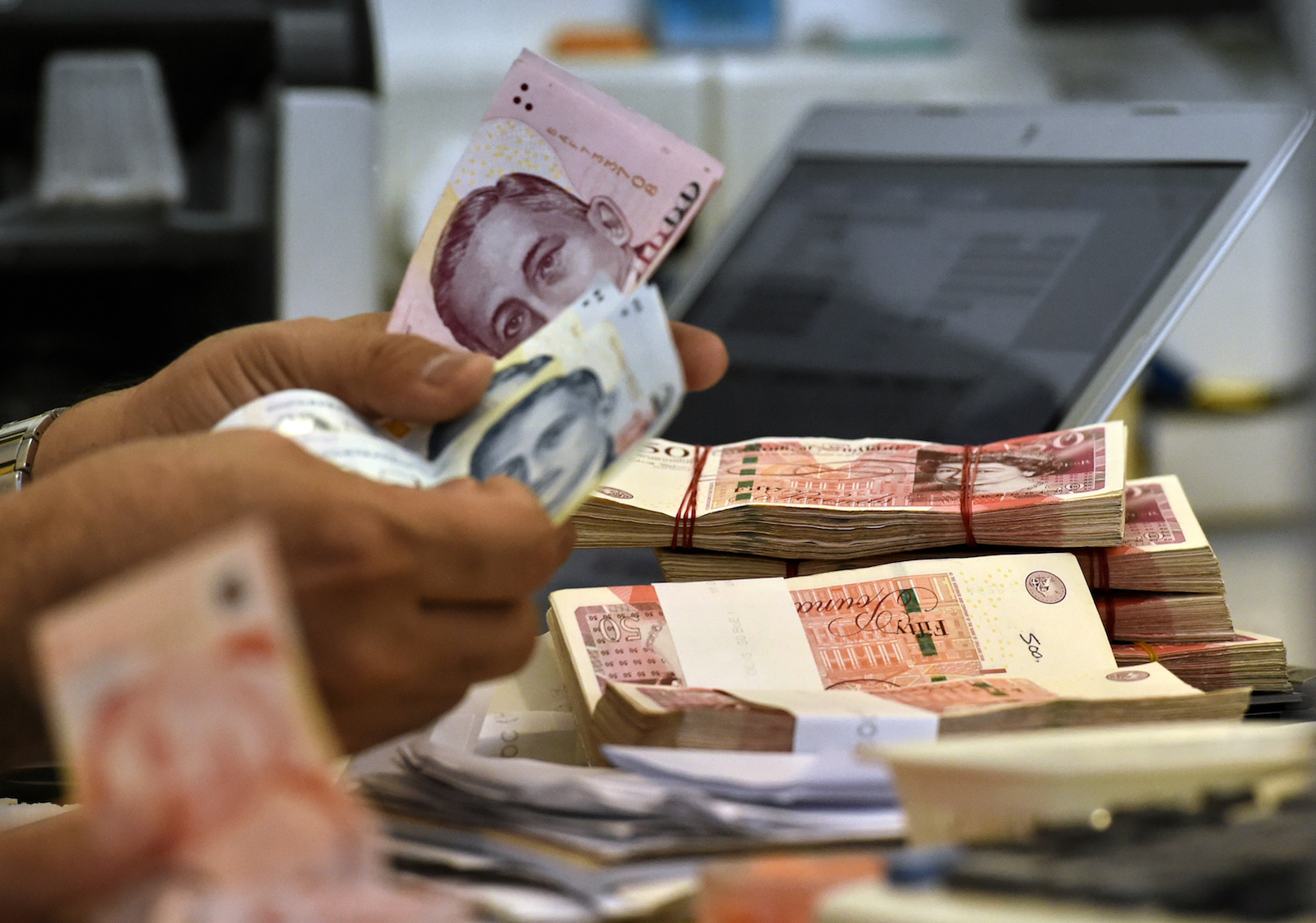 The Singapore dollar and British pound are seen at a currency exchange booth in the financial district in Singapore. Average payment terms in Asia increased to 64 days in 2017, up from 59 days in 2016.

2017 marked a turning point for the global economy, with many Asian countries reporting higher than expected growth. However, the same can’t be said for 2018. Capital outflows from Asia have fueled depreciation against the U.S. dollar, forcing central banks in many economies to introduce counter-cyclical hikes to anchor their currencies and curb inflated inflation. Will this also translate into higher credit risks in the region, and if so, who will be impacted the most?

According to figures by Coface’s Asia Corporate Payment Survey, average payment terms in Asia increased to 64 days in 2017, up from 59 days in 2016. Correspondingly, 40 percent of respondents stated that the main reason for offering longer payment terms was increased market competition. This is in line with the trend observed since 2015. As risks pile, companies find it harder and harder to compete in a crowded space. The result is situations where there is pressure to provide more and more credit, even in an environment of loose financial conditions.

However, there is a downside to all of this: heightened credit risks. Payment terms have lengthened, but this has been accompanied by a hand-in-hand increase in payment delays. To be specific, the proportion of respondents in our survey stating they experienced delays exceeding 90 days increased to 24 percent on average in 2017, up from 19 percent in 2016. The two largest economies in the region, China and India, stand out from the pack. The share of respondents reporting delays of 90 days or above was 35 percent in the case of China and 27 percent for India—the highest in the region.

Differences in payment delays can be traced back to a myriad of factors. For example, cultural forces may play a role. Economic systems with a high occurrence of state-owned enterprises may also feature longer terms, as credit management practices can sometimes be skewed by the government’s role as ultimate guarantor. While such differences may help to explain discrepancies among the different economies in the region, they do not account for the broad-based increase in delays that has been observed since 2015. This trend has a common root: Longer payment delays are pointing to deteriorating cash flow risks.

According to our survey, 45.2 percent of respondents cited customers’ financial difficulties as the main reason behind longer payment delays in 2017. In turn, these financial difficulties were brought about by two main causes: fierce competition impacting margins (41.9 percent) and a lack of financial resources (18.9 percent). The latter is of particular interest in the context of a relatively benign 2017. Asian economies benefited from strong demand in the U.S., Europe and China, while liquidity remained ample on the back of a sluggish U.S. Federal Reserve and a dovish European Central Bank (ECB).

A lot of these factors have reversed going into 2018. The Fed tightened rates more aggressively, a trend that is expected to continue into 2019, while the ECB is expected to announce tapering plans by the end of the year. In fact, according to figures by the Institute of International Finance, global central bank liquidity has returned to its pre-stimulus levels (equivalent to 2 percent of GDP, versus 6 percent in 2009 and 3 percent between 2014 and 2017). On the trade front, uncertainties surrounding the trade war between the U.S. and China are taking a toll on business sentiment, pushing economic agents to postpone their investment and consumption decisions. If more companies struggled in 2017, it is only natural to expect payment delays to deteriorate even further in 2018, leading to a significant uptick in cash flow risks.

Exhibit 2: Ultra-Long Payment Delays as a Percent of Turnover by Economy

To better assess these cash flow risks, we examined the ratio of ultra-long payment delays (exceeding 180 days) as a percentage of total annual turnovers. When a company has a large proportion of its annual turnover tied up in unpaid amounts, it may lead to cash flow problems. According to our experience, 80 percent of these ultra-long delays never get paid. This may in turn trigger an increase in defaults, especially in the context of worsening macroeconomic headwinds. The proportion of respondents experiencing ultra-long payment delays exceeding 2 percent of annual turnover increased from 26 percent in 2016 to 33 percent in 2017. More worryingly, risks were highest in the case of China, Singapore and India, where 48 percent, 44 percent and 37 percent of respondents, respectively, are experiencing pressure.

The different economies owe the increase in payment delays to different factors. For example, Singapore is a significant commodities trading hub, where many companies are still grappling with the aftermath of the super-cycle bust. In India, authorities are busy reckoning with issues surrounding very high levels of nonperforming assets on banks’ balance sheets. This naturally has resulted in a lower willingness to loan, making it harder for companies there to access financial resources. China featured the steepest deterioration in terms of tail risks, with the number of respondents experiencing ultra-long payment delays exceeding 10 percent of their annual turnover, doubling in 2017 relative to the previous year.

Contrary to popular belief, the Chinese economy is investment-oriented, not export-oriented. Exports account for a small and diminishing proportion of GDP, around 16 percent in 2017. When authorities want to promote growth, they resort to looser monetary conditions to spur investment, but not all of this investment is productive. The result is higher debt servicing costs and credit risks. When conditions deteriorate, companies may find that they experience cash flow risks.

Against this backdrop, economic expectations remain quite buoyant. Almost 70 percent of respondents said that they expect growth to improve, which is surprising given developments in the first half of the year. There is also a positive correlation between the proportion of respondents experiencing ultra-long payment delays and the proportion of respondents expecting higher cash flow risks in 2018. Therefore, it should not come as a surprise that risk managers were less optimistic in China, Singapore and India, where cash flow risks are on the rise. The buoyant economic expectation also fueled complacency among risk managers, with 48 percent stating that they do not use any credit management tools.

In today’s uncertain world, risk managers ought to take a more critical focus on the evolving risk landscape as they navigate the increasingly unpredictable economic headwinds, intense competition, and shifting regulatory and geopolitical trends. Financial markets are monitoring these emerging risks closely, and risk managers shouldn’t respond any differently.

Til Schuermann Partner and Co-Head of Oliver Wyman’s Risk & Public Policy Practice
URL: https://www.brinknews.com/a-tougher-economic-environment-to-drive-credit-risks-in-asia/
Get ahead in a rapidly changing world. Sign up for our daily newsletter. Subscribe
​​