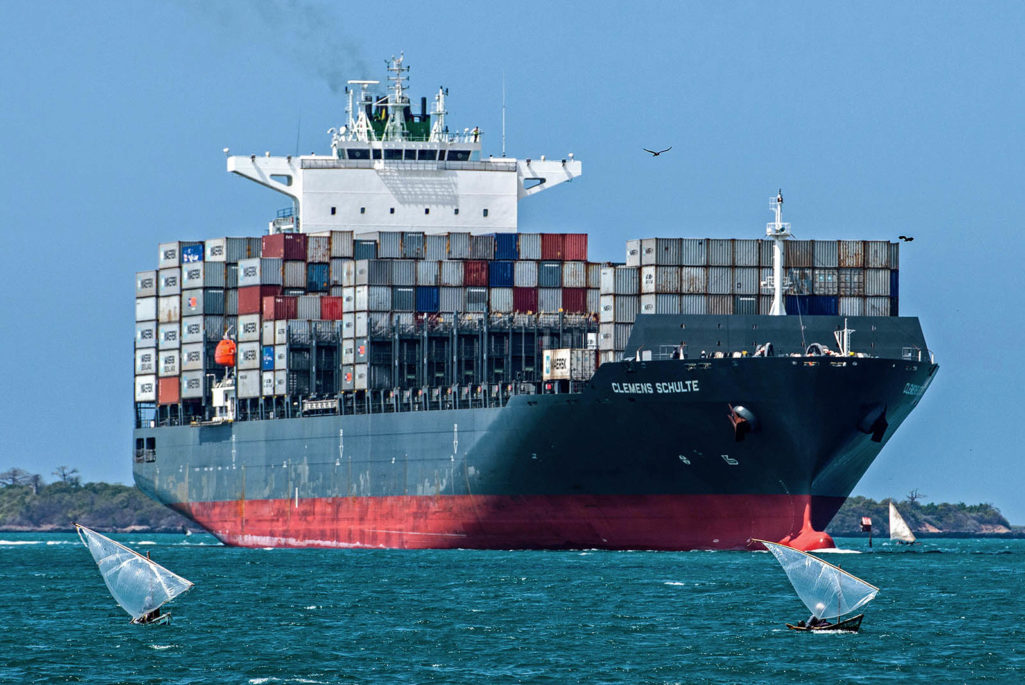 Dhow boats sail past the Singapore-flagged Clemens Schulte cargo ship as it arrives in Dar es Salaam, Tanzania. The 255 meter long container ship is the longest vessel to have ever berthed at Dar es Salaam's port. Clemens Schulte is expected to discharge 250 containers and load 1,300 containers at the port. Dar es Salaam port is undergoing a transformation to improve its physical infrastructural capacity and enhance operational efficiency.

High trade costs are a drag on economic development and trade integration, particularly for less-developed countries and small businesses.

The risk to small businesses is acute, given they are the engine of the economy globally and often offer a route out of poverty, particularly for women.

Since Aid for Trade Initiative was started, $264.5 billion in development assistance has been spent, with an additional $190 billion spent on trade-related programs—mainly infrastructure and private sector development—in developing countries, the report said.

The benefits of reducing costs are dramatic: A 1 percent decrease in global trade costs would increase global income by $40 billion at a minimum, with close to two-thirds of this amount accruing to developing countries, the report said.

When public and private sectors work together, the results are “quite positive,” the report said. Customs reforms, infrastructure upgrades, non-tariff measure compliance and tariff reforms are having the most positive effects, the report said, in terms of reducing costs. But more needs to be done. “There are encouraging signs to believe that developing countries and their partners are taking this issue seriously and that action in this area builds on solid theoretical foundations,” the report said.

Reducing high trade costs will depend on lessons learned from successful examples, the report said:

Many of these successful projects have lowered trade costs by combining soft and hard interventions along the three primary dimensions of logistics connectivity: development of trade-related infrastructure such as corridors, trade facilitation and integration of border procedures, improvement of the logistics sector through regulatory reforms, and enhancement of the business climate.

The OECD found that $1 invested in aid for trade is, on average, associated with an increase of nearly $8 in exports from all developing countries. That increase jumps to $20 in exports for the poorest countries. The impacts vary with the type of aid for trade programs, income level and geographical region and sector where the aid is targeted.

“It is now widely accepted that trade generates economic growth which—depending on its pace and patterns—reduces poverty,” the report said. But challenges remain. Going forward, the agenda for the initiative “may require aid for trade to adopt a more integrated approach. Such an approach should ensure that aid for trade contributes to inclusive and sustainable development outcomes. That is, in addition to improving trade performance, the Aid for Trade Initiative should aim at positive social, economic and environmental impacts,” the report concluded.

Jonathan Munemo Professor of Economics at Salisbury University
URL: https://www.brinknews.com/aid-for-trade-creates-inclusive-sustainable-growth-challenges-remain/
Get ahead in a rapidly changing world. Sign up for our daily newsletter. Subscribe
​​