Air Pollution: The Lawsuits That Are Holding Governments to Account 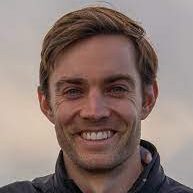 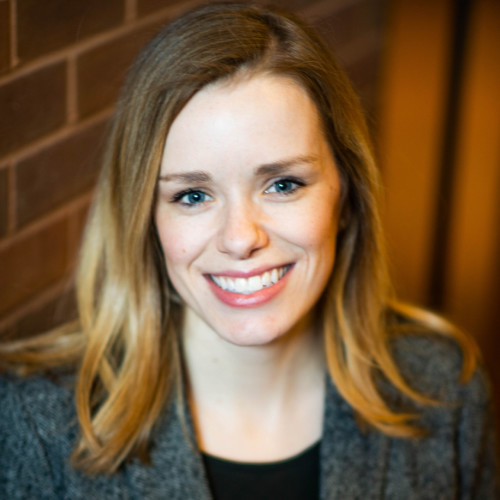 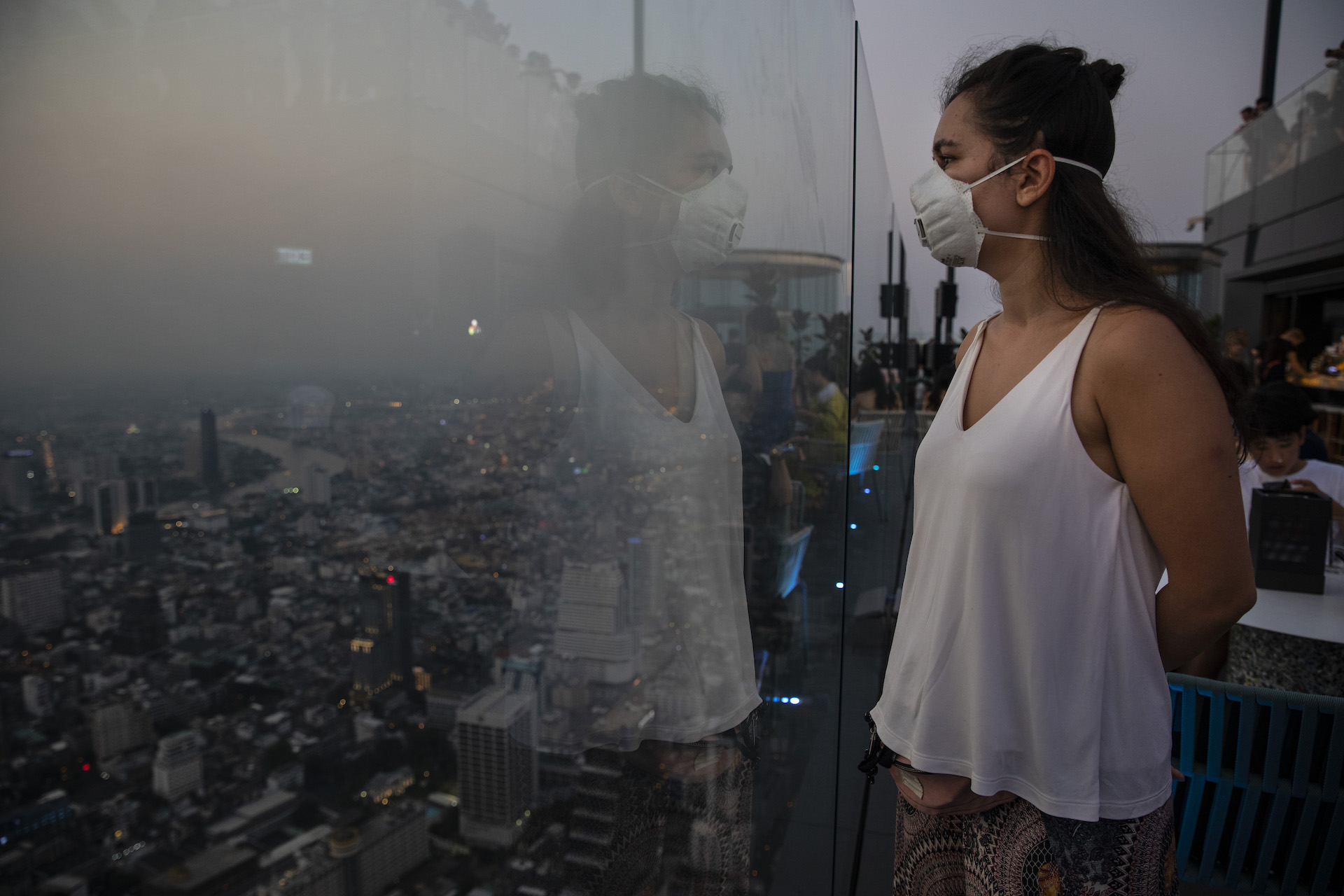 In Europe’s most industrialized nation, a recent court case based on a newly minted human right could pave the way for future climate-related legislation.

Germany is one of the world’s great industrial powerhouses and its public and private sector’s innovative, pragmatic industrial prowess has long been praised by other countries. But now, this same industrial output that revolutionized the German economy, is the subject of a court case brought by German citizens against their government.

In their court application, a group of seven residents from Berlin, Munich, Frankfurt and Dusseldorf — four of Europe’s most industrialized cities — are filing human rights violation actions against the German government. The applicants, which include some filing on behalf of their children, claim the right to breathe clean and healthy air is a human right that should be upheld by their government.

Jane Burston, Executive Director of the Clean Air Fund, told the World Economic Forum that “If successful, this case will be hugely significant to citizens across Europe. In Europe, we’re lucky that we can protect ourselves against other forms of pollution — no one would even think about drinking polluted water for example. But we have no control over the dirty air we’re breathing.”

Burston adds that “Most European countries aren’t taking significant action to guard against pollution limits, noting that it has dire consequences on the health of citizens.”

A Human Right to a Clean Environment

The U.N. General Assembly passed a resolution in 2022 recognizing the right to a clean, healthy, and sustainable environment as a human right — with 161 votes in favor and zero against. This recognition is a call on governments to drastically scale-up efforts to provide citizens with a healthy environment and address environmental injustices. Citizens, backed by environmental groups like Deutsche Umwelthilfe (DUH) and ClientEarth, are now calling on governments to heed these rights.

The most recent research by WHO found that, in fact, previous recommended limits on air pollution were not enough to protect people against its negative effects.

While the German government has taken some action in recent years to cut emissions, Russia’s invasion of Ukraine has forced Germany to fire up coal power plants once more. Similarly, applicants in the case find their urban centers polluted by car emissions, claiming air pollution is much higher than the WHO’s acceptable limits. With claimants stating they’ve developed asthma from the pollution, they claim that they have to flee to the countryside as often as they can just for their health to recover.

With high urbanization rates, and many people forced to live in highly condensed cities for work and livelihoods, the claimants emphasize that this problem must be solved now, before it gets even worse. WHO has found that exposure to air pollution increases a person’s risk of developing respiratory infections, heart disease and even lung cancer. The claimants say that people should be able to enjoy living in a city, without having to trade their health for it.

The most recent research by WHO found that, in fact, previous recommended limits on air pollution were not enough to protect people against its negative effects. This research led to WHO slashing the recommended air pollution limits even further in 2021, noting that air pollution is one of the biggest environmental threats to human health, alongside climate change, and is something that is of paramount importance for governments to address if they aim to look after the health of its citizenry.

“This is the first case of its kind as it’s coming on the back of the advocate general to the European Court of Justice saying that people can now take such action to try and win compensation when it can be shown that their health has been affected by air pollution,” says Burston.

While the applicants in the German case aren’t looking for compensation — they’re looking to force the government to uphold their human rights — citizens are starting to claim compensation from their governments for failure to take significant climate action. In fact, since 2015, over 1,000 climate-related court cases have been brought against governments and corporations around the world in a fight for a cleaner planet.

A landmark case in The Netherlands in 2015 saw a court order the Dutch government to take action to lower domestic greenhouse-gas emissions by at least 25% by the end of 2020. In its judgment, the court cited scientific consensus that the threshold to 1.5 °C warming would mean “a serious degree of danger” for Dutch citizens. The government reached 24% in 2020 — and claimants are now looking to hold the government to account.

In the U.S., NGOs have been using the Clean Air Act to force air pollution safeguards on governments and protect people’s rights to breathe clean air. Groups like Earthjustice have successfully fought to get rid of legal loopholes allowing industrial companies to blanket communities with toxic air pollution.

In 2021, a French court found the state guilty of failing to meet its commitments to curb greenhouse gas emissions in a landmark ruling hailed by activists as a “historic victory for climate”.

In the Philippines, citizens have filed a petition accusing the Philippine government of failing to tackle the plastic crisis polluting their natural environment. In Australia, teenagers sued their government stating the government has a duty of care to protect younger people from future harm caused by heavy-emitting industries — this case, however, was not found in favor of the applicants.

While the German court may find, as in Australia, that the government isn’t under an obligation to take further action to guard against air pollution and that it is doing enough, the global fight for clean air and climate action is by no means over.

Environmental organizations and citizens may increasingly see court action as a valuable avenue to protect their lives and the lives of future generations: “Whether people pursue governments and companies in the courts or take action through their votes or via campaigning, change is happening and the wisest politicians and businesses are taking action,” said Burston.

A number of governments and city administrations are trying to get ahead of the law by actively working to fight air pollution. Milan is using a digital monitoring system to track pollution levels and in Bogotá, the city’s Four-Year District Development Plan includes targets to improve air quality by 10%.

Project Lead for Clean Air at The World Economic Forum

Roddy Weller is responsible for building the Alliance for Clean Air in collaboration with the Clean Air Fund, a philanthropic initiative that is partnering with the World Economic Forum to tackle air pollution around the world. He joined the Forum in 2015 to manage the engagement of a portfolio of Global Agenda Councils in energy, materials and health industries.

Shannon Engstrom supports the clean air portfolio in the Centre for Nature and Climate at the World Economic Forum. This includes the Alliance for Clean Air, the first global corporate initiative to bring together leading businesses to tackle air pollution. She joined the Forum in 2021.

Anne Toomey McKenna Visiting Professor of Law at University of Richmond School of Law
URL: https://www.brinknews.com/air-pollution-the-lawsuits-that-are-holding-governments-to-account/
Get ahead in a rapidly changing world. Sign up for our daily newsletter. Subscribe
​​