ASEAN at 50: What Should the Next Priorities Be? 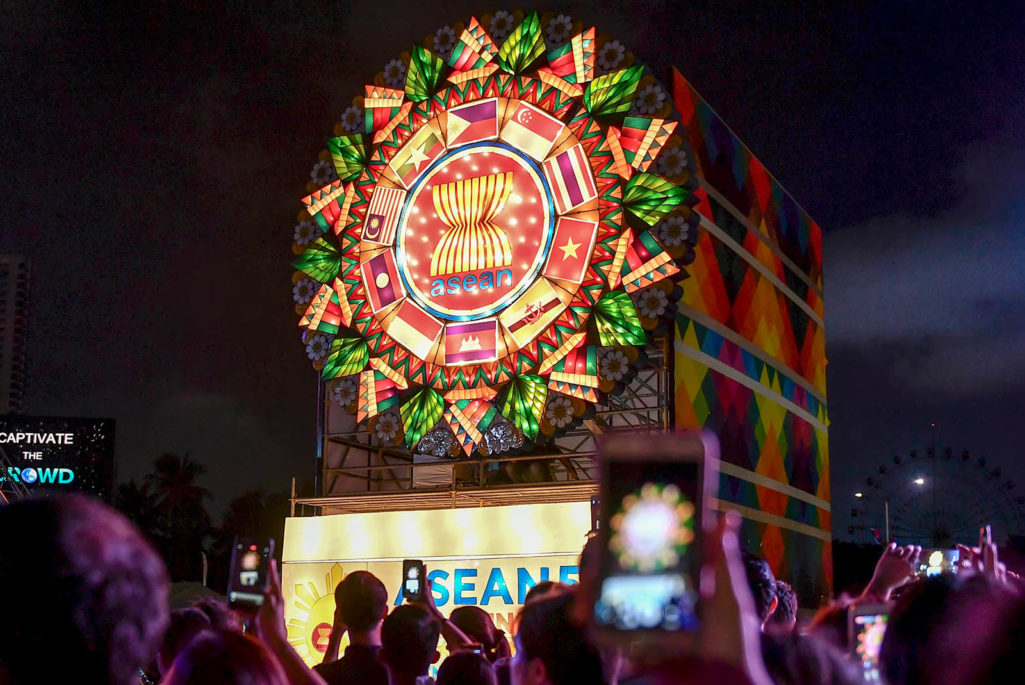 Visitors take pictures of a landmark lantern marking the 50th anniversary of ASEAN, at the entrance to the venue of the 50th ASEAN regional security forum in Manila on August 8, 2017.

The Association of Southeast Asian Nations was formed in August 1967 by five disparate regional states—Indonesia, Malaysia, the Philippines, Singapore and Thailand. In the fifty years since, the regional bloc has come a long way. The grouping has expanded to 10, including Vietnam, Laos, Cambodia, Myanmar and Brunei Darussalam. It is now home to more than 600 million people and has a combined gross domestic product of $2.7 trillion, making it the world’s sixth largest economy.

There’s been rapid progress along some parameters, but as Pushpanathan Sundram, the former deputy secretary-general of ASEAN for ASEAN Economic Community, says in this conversation with BRINK Asia, a lot more could already have been achieved. In a free-flowing conversation, Mr. Sundram speaks about some challenges the region is confronted with as it looks ahead at its next 50 years.

BRINK Asia: Over the past fifty years, ASEAN has had many successes. What are some of the missed opportunities?

Pushpanathan Sundram: I think the existence of ASEAN over the past 50 years in itself is a big thing. We had tried regionalism several times and had failed earlier, and no one was really sure whether ASEAN would stand the test of time. But over the years, ASEAN has found a way to survive and has come a long way. I think the biggest impact ASEAN has had has been in terms of the regional peace and security that we are enjoying, which has helped us progress economically. We have done generally well politically.

That said, we could have done a lot more, but we have failed to capitalize on some of the opportunities. I think ASEAN could have done more in terms of trade integration, for instance—particularly trade in services, which has a direct impact on investment. Part of the reason we have been slow in this regard is related to the economic diversity of the region, and it’s partly due to strong national interests.

I also believe we could have endeavored to work more closely with economic partners such as China, the U.S., Japan and the EU. We could have pushed with free trade agreements, but the political will was lacking—each country was moving at the speed of the last person. Even working with the consensus principle, we could have moved forward in agreement among all the ASEAN countries, and the countries not yet ready could join later.

We could have also done more in terms of integration in the area of agriculture, given that a majority of the people in the region still works in the agriculture sector. And finally, I think although infrastructure-building is expensive, ASEAN could have strategically built more infrastructure—in terms of improving connectivity within ASEAN and with neighboring markets.

Finally, the next 50 years should be devoted to building a truly people-centered and people-driven ASEAN as a true reflection of a community. Currently, ASEAN is mainly driven by governments without sufficient inputs from various parts of society. Industry is a key player that needs to be brought in so that policies under the economic pillar will see value.

BRINK Asia: Looking ahead at the next few decades, what do you think should be the key areas of focus for ASEAN?

Mr. Sundram: The primary focus should still be on increased trade integration, particularly trade in goods and services, both intra-regional and extra-regional. Trade is going to be the main catalyst for other forms of integration and it will also have a direct knock-on effect on the amount of foreign direct investments the region receives. But that will require countries to open up their services and investment sectors. Additionally, there are issues such as intellectual property rights and the alignment of laws and regulations as well as standards. Mutual recognition arrangements need to be forged.

‘I think there are opportunities for [ASEAN] if it effectively harnesses disruptive technologies.’

BRINK Asia: You have talked before about the importance of capitalizing on technology. What can be done in that area?

Mr. Sundram: I think there are opportunities for the region if it effectively harnesses disruptive technologies. ASEAN has to acknowledge that over the next 50 years, technology is going to play a key role across all aspects of the economy.

However, in order to leverage technology, there must first be a greater understanding of technology and the implementation of policies that are technology-friendly. Second, for ASEAN to truly benefit from what technology can offer, the infrastructure needs to be improved, and the right regulatory frameworks need to be put in place at a pan-regional level.

BRINK Asia: How big a challenge is the so-called digital divide? Is enough being done to try and bridge it?

Mr. Sundram: The digital divide is one of ASEAN’s biggest problems. It is a divide not only in terms of basic aspects such as Internet penetration, connectivity speeds and costs, but also in terms of the infrastructure in place, including things such as the regulatory frameworks in different countries. Harmonizing the regulatory framework entirely is of course going to be challenging, but the gaps need to be narrowed. In this regard, I think the technologically advanced ASEAN countries will need to work with some of the less-developed countries in terms of their technology build-up.

BRINK Asia: A lot of people believe that the Mutual Recognition Arrangements in their current form aren’t adequate. Do you agree? And secondly, do you think that mobility of labor should be enhanced in order to make ASEAN more competitive as an investment destination?

Mr. Sundram: When it comes to the MRAs, I think we aren’t doing enough and we don’t have our priorities right. ASEAN has so far only focused on standards and certifications that were easy to implement and not necessarily on areas that are important. ASEAN needs to work with industry. If they did so, they would understand better what the industries’ priorities are in terms of harmonization, but it must be done at a faster pace. Most countries have their own standards and accreditation bodies which they use to determine what skill qualifications are acceptable—so you have multiple accreditation bodies. ASEAN is an intergovernmental organization and not a supra-national one such as the EU, so having a central body for accreditations is going to be difficult.

BRINK Asia: Looking forward at this point, what do you think are a couple of the key risks facing the region?

Mr. Sundram: I think it’s a combination of politics and economics. With the changes in the U.S., the global situation is changing and protectionist sentiment is on the rise. Trade has been a key driver of ASEAN’s economic success, and hence, it is going to be important for the region to adapt to this changing global scenario by understanding the intentions of each party and by protecting ASEAN’s interests. I think increased intra-regional trade should be one of the top objectives of the ASEAN as they will provide a buffer for the region in the event of an external shock.

Politically, of course, ensuring stability, peace and security in the region is the top priority. So far, ASEAN has been successful in serving as a platform to discuss all major geopolitical issues in the region. For example, I am happy that ASEAN foreign ministers recently endorsed a framework for the South China Sea code of conduct.

Maintaining strong relations with both the U.S. and China is also going to be one of the other challenges—as they are both particularly important relationships for ASEAN. U.S. engagement in the region remains critical, and China is increasingly playing a bigger role. It is helping plug infrastructure gaps in the region through its Belt and Road Initiative, and we should leverage this relationship to improve infrastructure connectivity in the region. At the same time, we need to work with our other partners like India and Japan on connectivity projects supportive of trade integration.

BRINK Asia: What about terrorism? Do you see that as a major threat confronting the region?

Mr. Sundram: I think terrorism now is a global phenomenon. This makes intelligence gathering and intelligence sharing extremely critical to prevent any kind of terrorist activity. I think the 10 countries of the grouping are working well in this regard, and this should continue. They have the ASEANAPOL, ministers responsible for addressing transnational crimes, which are contributing to keep the region safe. There are also bilateral information-sharing arrangements. These initiatives are helping countries in the region in terms of managing these risks. However, terrorism is taking different forms now, and vigilance is more important now than ever before.