Can the ASEAN Trade Bloc Reach its Full Potential? 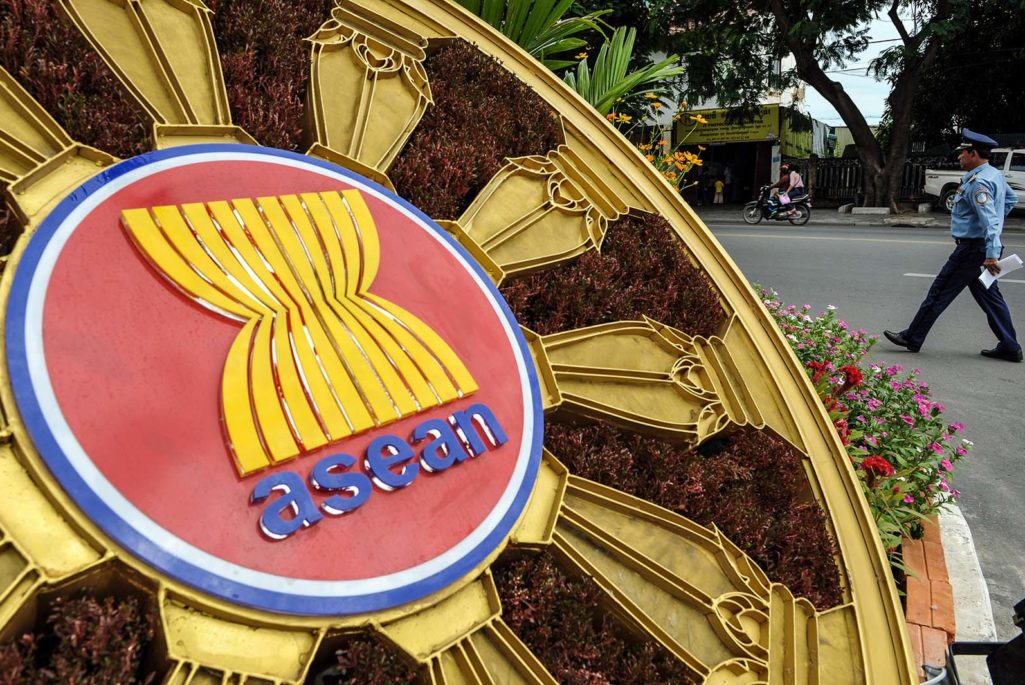 A Cambodian police officer (R) walks past the ASEAN logo in front of the Peace Palace during the 45th Association of Southeast Asian Nations (ASEAN) Foreign Ministers' Meeting (AMM) in Phnom Penh on July 8, 2012.

The ASEAN Economic Community (AEC) went into effect in December of 2015, but there is much that remains to be done to truly consider the trade bloc as a single market and production base. While tariffs have been brought close to zero, several big challenges must be addressed—including nontariff barriers—for the bloc’s vision to come to fruition.

The region’s economies are at different levels of development, and regulatory, compliance and infrastructure standards vary greatly. There is little harmonization of rules and standards; connectivity is not seamless; and customs clearance is still cumbersome. What does the future hold for companies doing business in ASEAN?

BRINK Asia spoke with Pushpanathan Sundram—who, in his role as the Deputy Secretary-General of ASEAN for ASEAN Economic Community, was responsible for implementing the AEC Blueprint and played a key role in its establishment—about the risks and challenges for businesses.

BRINK Asia: The establishment of the AEC in 2015 was much awaited. How does it change the way companies in the region do business?

Pushpanathan Sundram: The AEC’s establishment in 2015 is just a starting point. They have been working on this for the last seven or eight years. The harmonization of policies, regulations, and standards is still coming together and will take some time. Without this happening, businesses that are already in the region cannot seamlessly move their products and services across the ASEAN.

ASEAN is inter-governmental, unlike the EU (which is a union), so it will take more time because each country has its own objectives and interests alongside those of the group as a whole. Over time, it will be an open market for business, but the transformation will take time.

BRINK Asia: Is the availability of resources a potential risk that could prevent the AEC from maturing?

Sundram: I think this is one of the issues we face in the ASEAN because there are a lot of plans and ideas but the capacity to implement and realize them is not fully there. The more developed countries have the resources and the capability, but the less developed ones will need support.

Take infrastructure, for example. ASEAN needs greater infrastructure connectivity, but for that to happen, national-level infrastructure needs to be improved, and then linkages can happen. Now, Indonesia has major infrastructure plans, but where is it going to get the resources to make these plans come to fruition? Similarly, Thailand wants to connect with China, but all of these require[s] resources. Public-private partnership models are important to bring these resources in. Governments have a critical role to play, though they face challenges. I think they need to look at it very seriously, because without physical and institutional connectivity and without the mobility of people and financial resources, the AEC will not go very far.

‘One critical challenge businesses in the [AEC] region face… is a lack of harmonization in standards.’

BRINK Asia: Institutional connectivity is another challenge. How does it impact business?

Sundram: I would say bringing about institutional connectivity should be easier. Of course, there are a lot of problems. For example, to transport goods between some member states it takes four days, and in other cases, it can take even more than 26 days. Different countries follow different standards. One way to look at it is through the adoption of CODEX standards, which are universal, but some countries are using their own standards—that causes conflicts in terms of trade. Slowly but surely, ASEAN countries have to move to international standards, because this is not just about trading within ASEAN, but also between ASEAN and others.

Then there is [foreign direct investment]—some countries don’t allow more than 49 percent FDI in certain sectors, while some allow more. ASEAN is trying to harmonize its investment policies, but the problem arises when it comes to critical issues such as foreign equity participation, with many countries seeking to protect domestic enterprises—this has sometimes resulted in arbitrary decision-making. Things have moved fast on the manufacturing front, but progress in services has been much slower. A liberalized service sector is important for companies to invest more in the region, the absence of which can pose a risk to regional economic growth.

BRINK Asia: What are a few other harmonization-related challenges businesses have to deal with?

Sundram: One aspect is legal connectivity. The absence of strong legal systems is a challenge for companies doing business in the ASEAN region. While countries such as Singapore and Malaysia have well-established systems, a few less developed countries do not, which can result in difficulties in enforcing agreements. As a community, ASEAN needs to offer a more legally effective system on the whole, following which will come the implementation of rules and regulations. The countries are working on this aspect, but the pace is naturally different.

One critical challenge businesses in the region face—and indeed that is holding back greater inflows of FDI—is a lack of harmonization in standards. Today, businesses cannot simply manufacture a product in one ASEAN country and simply export it to all others with a common certification—instead, many products need independent certifications in order for them to be sold in specific countries. The lack of seamlessness thus adds significantly to business costs.

BRINK Asia: There is a lot happening in the region in terms of trade pacts. What are the implications?

Sundram:I think that once the Trans-Pacific Partnership (TPP) comes into effect, it will lead to a major transformation. Vietnam, for example, is expected to gain a lot in the areas of agricultural commodities and textiles among other things, and that can affect Thailand’s prospects in these two areas. Malaysia is expected to benefit from a boost in exports as well, and that too could affect Thailand’s prospects. As not all ASEAN members are part of the TPP, the TPP’s implementation will change trade patterns in the region, so countries and businesses should start preparing now.

With the Regional Comprehensive Economic Partnership, the big difference is that all 10 ASEAN member states will be a part of the grouping, and China and India are included. I think India will benefit in the services sector, but may lose out in the goods sector. ASEAN, on the other hand, will probably make gains in the services sector from China. As with all trade agreements, there will be winners and losers. How countries prepare and plan for this will shape the future trajectory of the region.