ASEAN: Prosperity as a Public Good? 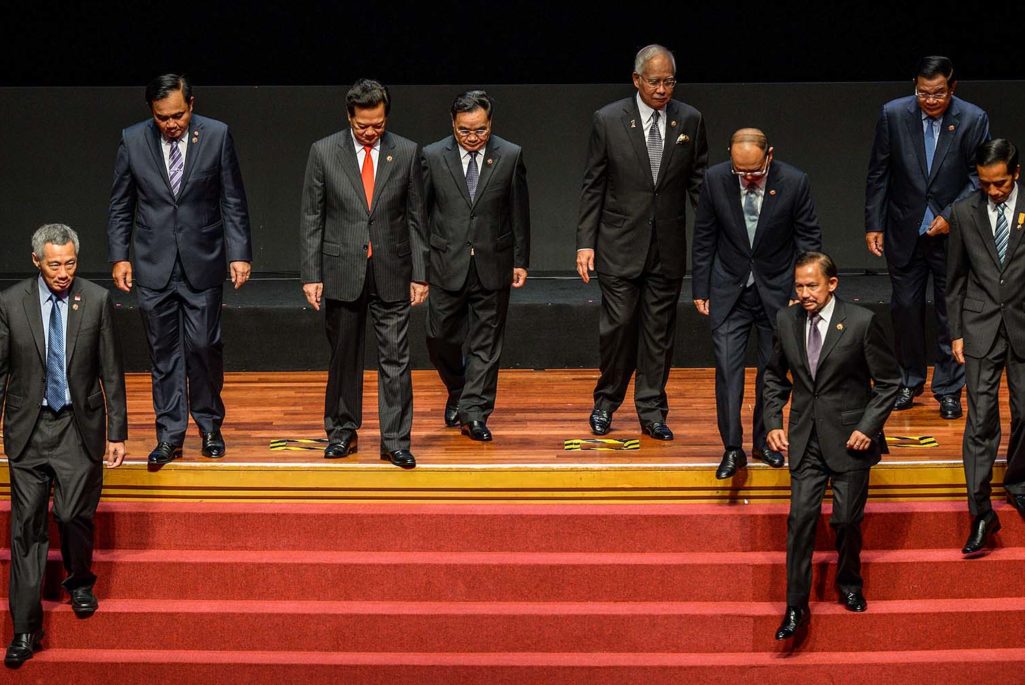 It’s an important time for the Asia-Pacific region’s governments to put their individual interests on the backburner if ASEAN is to fully reap the benefits of deeper integration. The region is expecting strong economic growth, but the lack of political coordination could dampen its growth prospects.

Unlike the EU, ASEAN is a heterodox grouping of states with different forms of government, cultures and belief systems; and its members are all at varied levels of economic development. As such, it has been difficult for the bloc to establish a case for common aspirations of member states.

Member states’ interests vary—for example, the more developed countries are looking to remove all barriers to free trade, but the less developed ones are concerned about what will happen to their domestic industries when tariffs are removed. Opening up markets will also mean entry of foreign competition, and a few member states are concerned about how their domestic industry can compete with foreign players.

Nationalism (including protectionist sentiment) is rearing its head in some countries, and there is a real development-related issue in a few of the less-developed countries. But the outcome in both of these cases is the same: attempts to put the national interest above all else.

The problem is quite complex, and we need to find ways to bring countries together. Liberalization through the ‘ASEAN minus X’ formula is a good, viable way forward as it at least ensures that the ASEAN Economic Community (AEC) is headed in the right direction. The idea here is to allow countries that are ready to liberalize to move on with greater integration first and, in turn, allow those nations that are not yet ready to liberalize to join later.

In this way, ASEAN will not close the opportunity for countries that are not yet sure of liberalization or the right pace at which they should liberalize; but at the same time, the grouping cannot wait for everyone to be on board and agree to move forward. This approach may not seem ideal, but in the present circumstances, it allows less-developed countries the opportunity to mitigate the risks that can come with economic liberalization and integration.

Coming Together, but Lacking Coordination

The region also needs greater coordination between the various government agencies across the region, as well as between the agencies within the countries themselves. This is essential to provide institutional support to the various integration initiatives that are being worked on, including investment and the trade of goods and services.

One example of the region wanting to come together, but sometimes lacking the political will to do so, is customs administration—transporting goods from one ASEAN member state to another should be a seamless exercise, but it is only so in theory. Customs administration in the region is a sovereign affair, and many countries still want to retain control over their borders and not be seen as giving up any aspect of their sovereignty.

While there are other reasons for these bottlenecks, including a lack of digitization of systems across countries, the involvement of various ministries across different countries, and inconsistencies in document requirements, perhaps the major stumbling block has been the lack of political will in some quarters.

Asia is expecting strong economic growth, but the lack of political coordination could dampen its growth prospects.

By trying to protect the interests of a few players, governments inadvertently put the prosperity of local enterprise—and thus economic growth—at risk.

At the same time, the region’s political leaders are caught in a constant tussle between ASEAN’s wider aspirations and specific national objectives. These challenges are not unique to ASEAN alone, and other regional economic groupings are or have been faced with them. This lack of political solidarity brings with it risks for business as it could hinder the expected growth in trade and investment as a result of deeper economic integration.

One way to address these risks is to empower the ASEAN Secretariat, which is the only real regional institution. However, the Secretariat’s mandate and powers are curtailed and limited—it only performs secretarial work and looks into some issues of compliance. The Secretariat does not have enforcement or even surveillance powers, and is hence dependent on information provided by member countries.

Empowering the Secretariat requires an increase in its funding, the recruitment of the right talent, and a strong mandate. The Secretariat could also be decentralized such that its units handling different functions are based in different member states.

It is a weak Secretariat not because of itself, but because of what the member states have made it. ASEAN members need to strengthen this institution for the advancement of the AEC and to ensure that the region’s ride to greater prosperity does not hit a roadblock.