Asian Multinationals are Going Global, But to Where? 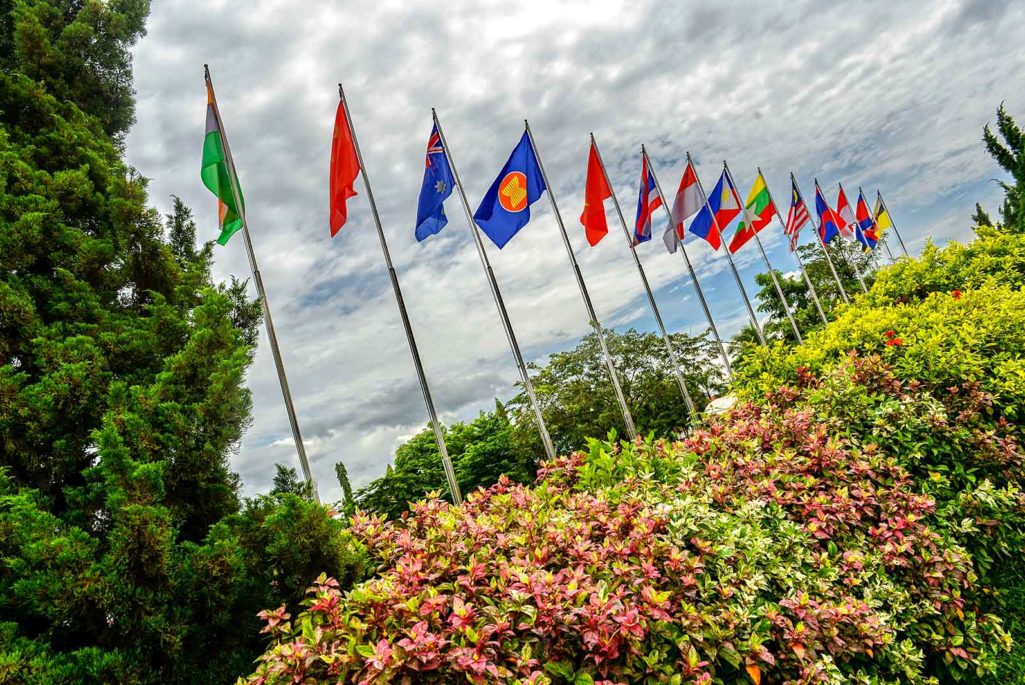 Flags from Association of Southeast Asian Nations (ASEAN) countries and partners flutter outside the ASEAN media centre during the 28th ASEAN Summit at the National Convention Centre in Vientiane on September 5, 2016.

Entrepreneurship has a long tradition of first exploring the local neighborhood, then expanding into the next country before going global. Yet, there is a growing community of firms that are designed from the start to be global, called “born global.” However, they work in niche markets and never manufacture without a prior order being placed—typically several thousand pairs of shoes, for instance.

What is evident to many—in government ministries, regional advisory centers and to concerned managers—is the growing strength of globalization that touches everyone. Global firms’ representatives and local firms alike discuss what subcomponents can be made, at what price, and at what production rate. Then, third-party logistics providers link original equipment manufacturers to the assemblers and eventually to customers across the globe. Few are untouched by this process.

The questions asked by local managers are “Is my product good enough?” and “What is my next step?”

Taking the big picture first, we note that Asian pan-national groups meet regularly to assure each other and the rest of the world that Asia prioritizes the success of its economy and its international relationships. These groups, such as the International Conference of Asian Political Parties (ICAPP), the Association of Southeast Asian Nations (ASEAN), the Asia-Pacific Economic Cooperation (APEC) and the Shanghai Cooperation Organization (SCO), regularly update their targets and present their communiqués on their websites.

They also have focused sub-groups, such as APEC’s Human Resources Development Working Group, which considers the ramifications of global and regional interactions into the future. The working group has noted that 40 percent of global employers claim that they cannot find the talent they need, and in some APEC countries, this figure may be over 80 percent. This shortfall costs businesses lost revenue and is projected to become more problematic. This is challenging even if Asian businesses remain content to work as global assemblers, but is almost insurmountable if they aspire to progress to knowledge or management work.

Academic research shows a need to bridge the gap between the perceptions of management academics and practitioners. Policymakers demand a wider repertoire of skills, demanding an intensive insight of the fundamentals of disciplines—but the rapid rate of change in reality and the slow change in academia (to formulate and initiate new courses, for instance) magnifies this fundamental fissure.

When Asian firms aim to expand, one major problem they face is a lack of education and skilled workers.

For example, China has a very large population of predominantly young smartphone users who download all trending apps, including online financials, making China the global leader in fintech. These apps permit 95 percent of China’s citizens to order online, making the country’s user base half the global total. Consequently, the operation of “fulfillments centers” (taking Amazon’s usefully descriptive noun referring to its warehouses and their operations) have, in China, become very highly tuned—both to customer needs and to the commands of web operators like Alibaba, Tencent and Baidu. They have moved into online banking, and although they are regulated, they are nevertheless huge operations. Ant Financial, an affiliate of Alibaba, is the world’s third-largest online payment platform and valued at $60 billion—about the same size as Switzerland’s largest bank, UBS.

Such business innovators wish to move deeper into other Asian countries, or go global, having proved their systems within China. They feel they are able to leapfrog conventional banking, but they have been regulated in China not to compete fully with the much larger traditional banks. However, while meeting local regulations, they do not necessarily meet overseas regulations. Foreign customers will soon demand Chinese fintech and will require regulations to be more accommodating—although the important requirement is in recognizing the differing needs of customers located far from one’s homeland.

A few years ago, Professor Owen James Stevens at INSEAD found his teams arranged in regional groupings were inclined toward their national norms—the groups either looked to rules-based solutions, remitted difficulties to their bosses, insisted on pragmatic one-off solutions, or looked to family members to give advice (which was a difficulty as they were not working in family-based teams). This research complemented the global organizational dynamics research of Geert Hofstede. Imagine, therefore, a team of bright entrepreneurs with a hierarchy comprising individuals from different countries—alone, they would work differently from each other, but forced to work together, they could be offended by the management style of their team members. It is difficult to obtain training academically and in practice that will overcome such diversity issues—as Hofstede notes, “culture is the software of the brain,” and it changes very slowly.

I have chosen to look, not at exemplars of good “going global” practice, but at potential gaps in the development of Asian firms wishing to expand from their homelands. The major issue is the lack of education. In part this is basic—not enough quality, early teaching is given to youngsters across the region; but in tertiary education, there is a schism between academic training and the realization of theory having a practical purpose.

If firms go global by acquisition, they risk developing a management hierarchy that does not work effectively together. If they expand into greenfield sites, they risk over-extending their own management structure and having staff always in-flight rather than on the ground.

The answer is to allow time for firms to expand at their own tempo, allowing them to absorb the best global customs and practices—they must engage in lifelong education. If they rush to expand, for a while they may be successful, but they are likely to trip over foreign regulations, or more likely, over their lack of culturally specific interpersonal skills.

Yet, on a positive note, better transport links, potentially afforded by the Chinese “Belt and Road Initiative” (formerly known as One Belt, One Road) have the potential to produce greater virtual density, lowering congestion and pollution, spurring innovation, productivity, job growth and a more powerful sharing of knowledge, labor and investment. As The Belt (as it is known now in China) connects via land and sea, its creative impact will be large, limited only by one’s imagination.