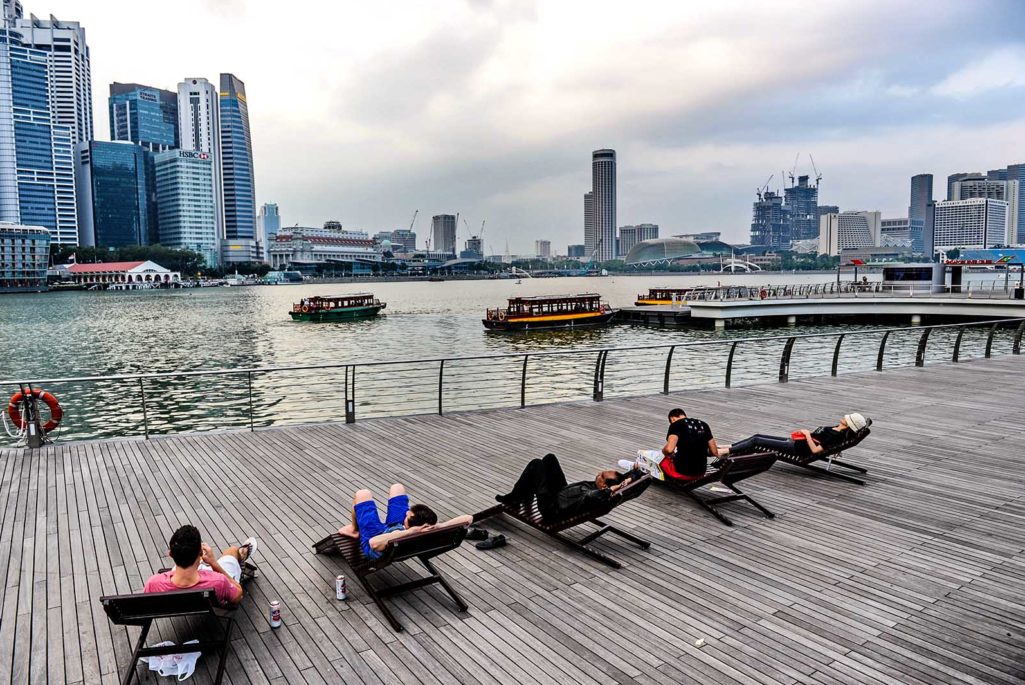 The soaring cost of cars and utilities as well as a strong currency have made Singapore the world's most expensive city, toppling Tokyo from the top spot.

Over the last few decades, globalization has pushed many organizations into emerging markets in search of new clients and competitive advantage. Many of these emerging markets present an attractive potential customer base for multinational companies in the form of a growing middle class.

However, these companies usually struggle to find the right talent with the right skills and competencies in many of these markets. Therefore, it becomes essential to deploy foreign employees to work alongside local nationals, bringing skills and experience and to help build capabilities locally.

What’s in a Move?

Moving employees to emerging markets is not always easy, and it requires overcoming several concerns, especially if it’s a long-term assignment. Long-term assignments to challenging locations force employees into a difficult choice: Moving the whole family has a clear advantage of keeping the everyone together, but it also means exposing the spouse and children to the same level of hardship that comes with adapting to a new city, country or environment.

The alternative is to leave the family behind, with all the emotional challenges associated with long-term separation. Some organizations also allow an intermediate option: stationing the family in a nearby alternative location in order to reduce the distance between the assignee and family members, allowing more frequent visits. For example, it is not unusual for assignees working in some Middle Eastern locations to allow their employers to station their family members in Dubai.

Beyond the family situation, differences in living standards deserve serious consideration for several reasons. First, they can create anxiety for the assignee and family, which may lead to reluctance to undertake the assignment. Second, living conditions may erode the employees’ morale and affect their performance over time. This could ultimately lead to assignment failure, meaning a failure to achieve the desired objectives of the assignment and/or a request from the assignee for early repatriation. Considering the significant financial investment made in deploying an employee overseas, companies will want to avoid assignment failures at all costs. Finally, poor planning and preparation for differences in living standards can expose assignees to a number of risks with potentially harmful or even lethal consequences. Employers have a duty of care obligation towards their employees that extends to overseas assignments.

There are several factors that can contribute to differences in living conditions when moving between locations. The annual Mercer Quality of Living survey evaluates local living conditions in more than 450 cities surveyed worldwide. Its methodology compares living standards in terms of 39 factors grouped into 10 categories:

It is easy to see why it is important to plan, prepare and support the assignee to manage differences across home location and the assignment location. In some countries, the political environment could expose the assignee to prosecution and jail terms for saying or writing the wrong thing. In other locations, the social environment may be characterized by high rates of violent crime or exposure to terrorist attacks or social unrest, which would require companies to thoroughly brief the assignee and develop crisis management processes and procedures.

The medical infrastructure of some countries may not be adequate to meet the needs of employees with medical conditions, or to provide reasonable standards of care in case of accidents or emergencies, so the company will need to find alternative options.

For assignees with families, the availability of international schools may be lacking in some locations, forcing them to pay for private schooling or overseas boarding schools. In some other locations, it may be simply impossible or not advisable for foreigners to drive, forcing them to rely on poor and sometimes unsafe public transportation. Some other locations may have limited recreational facilities, depriving employees of much-needed after-work diversion.

Assignees deployed to remote locations are likely to find a limited range of everyday goods and a shortage of many of their favorite items and brands. Housing standards, too, can vary widely between locations, and in many areas, it is important to pay particular attention to the security of the premises, as foreigners can be tempting targets for criminals. Finally, some locations are notorious for natural hazards such as floods, monsoons, earthquakes and volcanic eruptions, which could be very unfamiliar occurrences for some employees, who would need to be briefed about what to do in such situations.

What Can Governments and Organizations Do?

The challenges cited above require organizations to respond on two fronts. In terms of planning, the company needs to carefully evaluate the risks, prepare the assignees and provide as much on-the-ground support and advice as possible to help the assignees and families understand the foreign environment, navigate the various challenges and mitigate the risks. This also includes ensuring that adequate insurance coverage is provided for medical emergencies, accidents and fatalities. Extra care is required when deploying employees to conflict zones or locations prone to natural disasters, as many insurance policies exclude “acts of war” or “acts of God” and therefore may require additional policy riders.

Having run this study for the last 19 years, we felt a need to introduce a ranking dedicated to infrastructure this year. With so much emphasis on the quality of infrastructure as a proxy for a city’s attractiveness for global talent, we focused on power and potable water supply, telecom penetration, public transportation and international air travel connectivity. Singapore topped the ranking, ahead of any other city in the developed world, and we drew a clear correlation between the city-state’s world-class infrastructure and the number of foreign workers who call Singapore home. Other top-ranked cities from the region in terms of city infrastructure rankings were Hong Kong and Sydney at sixth and eighth, respectively.

Governments in Asia and elsewhere across emerging markets recognize that investments in infrastructure go a long way in attracting multinational companies and the skilled talent that comes along as a result. From leading the world’s growth to leading the world in terms of its infrastructure, Asia has a tough job ahead of it.

Xianbin Yao Professorial Lecturer of International Studies at De LaSalle University Manila
URL: https://www.brinknews.com/attracting-global-talent-to-spur-growth-in-emerging-markets/
Get ahead in a rapidly changing world. Sign up for our daily newsletter. Subscribe
​​