Avoiding the Trajectory of a Greek Tragedy 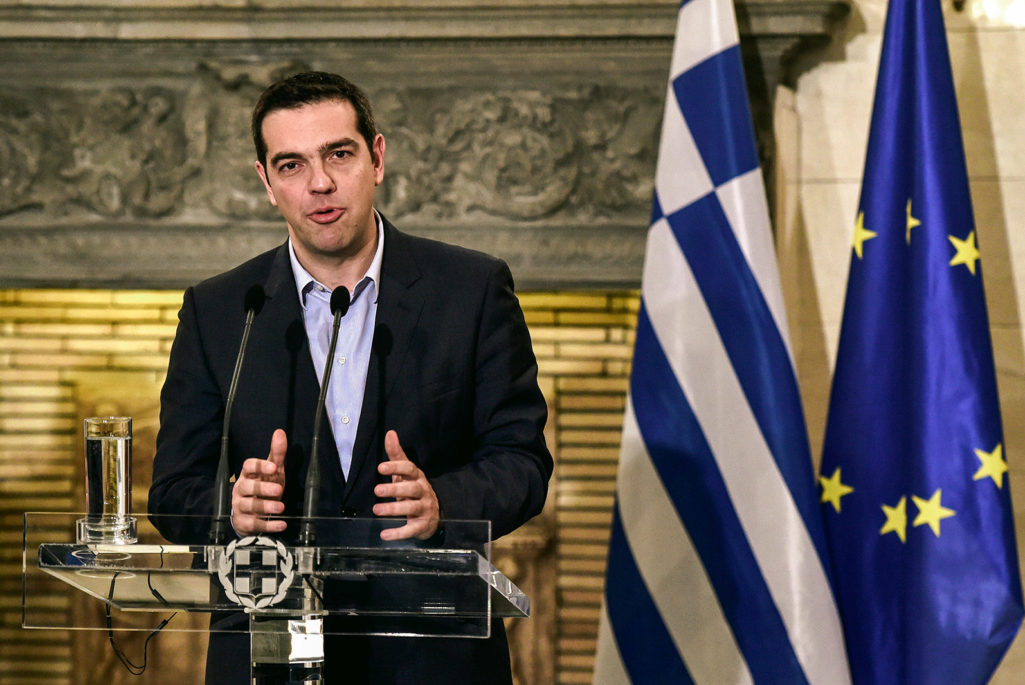 Greek Prime Minister Alexis Tsipras gives a press conference after his meeting with the head of the OECD in Athens on February 11, 2015. Tsipras on announced on February 11 plans to work with the OECD to draft a program of reforms to boost growth in the debt-laden country, which is hoping to renegotiate its bailout commitments.

Greece’s new government under prime minister Alexis Tsipras—in power for not even two weeks—has had a rollercoaster ride. In the face of crisis, it has exercised brinkmanship. It unilaterally declared that it would not respect the agreement between Greece’s previous government and the country’s creditors, and would increase government spending and be insolvent at the same time.

The response has been predictable: the rest of the euro area and in particular the European Central Bank and Germany, felt blackmailed and called its bluff. The ECB made access to ECB liquidity more difficult for Greek banks, while Merkel’s administration has signaled that a Greek exit from the euro area is considered manageable.

Arguably, this was a necessary but insufficient response. It was necessary, because a monetary system cannot function credibly if a small part of the union can hold the core of the system to ransom. A country cannot unilaterally decide to increase expenditure at the expense of other parts of the union and hope to receive ECB funding for it. It can also not unilaterally refute agreements between its previous government and the European partners.

However, the response has so far been insufficient. The new Greek government has been voted into office with a strong mandate to change course both with domestic economic policy and in terms of relationships with its partners. Ignoring this vote is not an option. Greeks need a realistic perspective that their daily lives will improve. This perspective cannot be the result of gambling, unilateral action or blackmail. Instead, it needs to be the result of serious domestic action and an agreement between the partners of the Eurogroup. So what are the essential elements of a deal?

A monetary system cannot function credibly if a small part of the union can hold the core of the system to ransom.

First, the new Greek government must get serious with its promises to address the domestic problems. As the new finance minister put it eloquently at the press conference in Berlin, the fight against tax evasion and corruption is crucial and was not properly prioritized by the previous government. A concrete plan and its successful implementation would provide a huge boost to the credibility to the new government – both at home and abroad.

The second element is a program to meet Greece’s funding needs in the next couple of months. Such a program is necessary because otherwise the Greek government will not be in a position to repay the International Monetary Fund and the ECB in due time nor cover for all expenditures. It is also necessary to close the revenue gap that has opened up in the last few months because of a collapse in tax payments. Greece will have to fulfill conditions to get this program or else stay within its budget constraint. However, the conditions could come without a formal Troika.

Third, the partners will need to discuss the requested primary surplus. A much lower primary surplus would increase the burden on taxpayers elsewhere. But a primary surplus of more than 4% is unrealistic. At the same time, the social situation is appalling in some parts of Greece and other crisis countries. The EU could therefore agree on a dedicated program to alleviate social hardship where most needed.

Fourth, the debt burden needs attention. Greece currently does not pay much interest on its debt. The 2 percent of GDP interest payment compares with 1.8 percent in Germany and 2.3 percent in France. This low current interest burden is only possible because official creditors have allowed Greece an eight year respite before interest becomes payable. It is thus not possible to reduce the burden of the debt on the current Greek budget.

It is possible, however, to remove the uncertainty of the repayment of Greece’s debt mountain of 175 percent of GDP. In a positive baseline scenario, Greece will be able to successful overcome its structural weaknesses, growth would pick up and the debt-to-GDP ratio would fall thanks to an increasing GDP level. Yet, GDP could grow less. This uncertainty itself is a burden for Greece because investors shy away from countries whose solvency is uncertain. A solution would be to index the official loans to the development of GDP. The finance ministers of euro-area countries should seriously consider this. It would not only remove a major uncertainty for Greece. It would also remove a major uncertainty for all of Europe. A deal may still be possible but the Greek side will have to move most.

This piece first appeared on Bruegel.