What Should Europe Expect from a Biden Trade Policy? 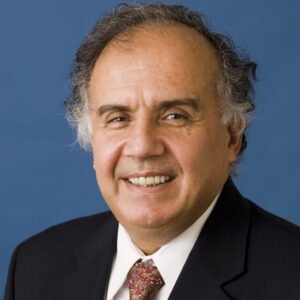 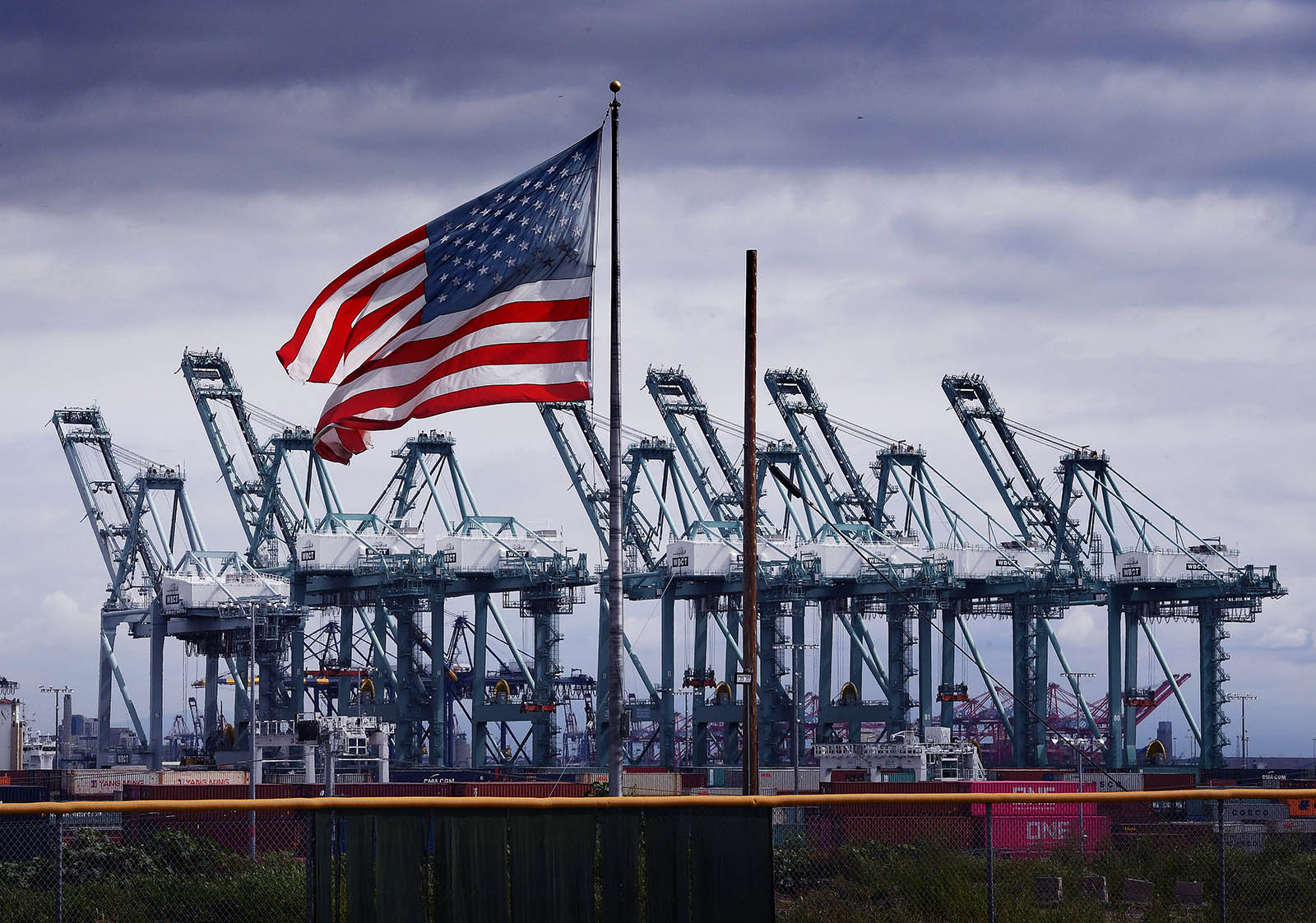 The U.S. flag flies over shipping cranes and containers in Long Beach, California. The EU’s challenge will be to reconcile its interest in a vibrant trade relationship with both the U.S. and China with geopolitical and security concerns.

The European Union-United States trade and investment relationship remains the world’s most intensive even after Brexit. Trade between the U.S. and the EU (minus the United Kingdom) totalled around $1 trillion in 2018, about a third larger than U.S. ties with China. EU27/U.S. bilateral FDI stocks surpassed $4.5 trillion, dwarfing those with China. Despite the frequently differing positions of EU members on trade policy, the EU-U.S. relationship stood the test of time and continued to deepen. But, over the last four years, President Trump’s strictly transactional approach to trade policy, with an obsessive emphasis on reducing bilateral deficits, has amounted essentially to managed trade and is diametrically opposed to the principle of non-discrimination enshrined in multilateral trade disciplines, which Americans and Europeans worked together to establish.

This is not just political opportunism, but reflects the President’s deep convictions and those of his advisors. Trump’s re-election would almost certainly reinforce the trends he established. Trump’s challenger Joe Biden is well ahead in the polls but is not certain to prevail even if Trump’s campaign is now hobbled by his COVID-19 infection. All of America’s trading partners face the question of what the change in American leadership, if it occurs, would bring.

How US-EU Trade Has Shifted

The history of the Obama-Biden administration, and Biden’s long Senate track record of supporting major trade legislation, including NAFTA, the Uruguay Round and Permanent Normal Trade Relations with China, might suggest a return to a more traditional approach in trade policy, but that expectation — if taken literally — is unrealistic. Trade policy does not exist in a vacuum, and much has changed inside and outside the United States in the last four years. We would point to three major shifts a Biden Presidency would have to confront, and which have important implications for the U.S. relationship with the EU:

As might be expected, each of these issues figures prominently in Biden’s campaign manifesto. From the perspective of the European Union and its trade relationship with the United States, the three shifts mean that a Biden presidency would:

Comparing scenarios under a Trump or Biden victory, it is useful to consider the U.S.-EU trade relationship in terms of, first the bilateral relationship; second, the U.S. and EU relationships with China and third, multilateral cooperation — specifically, what to do about the crisis affecting the World Trade Organization.

Under a second Trump term, the present sceptical, even hostile, policy towards the EU is likely to intensify. Though Trump has essentially failed to achieve his stated goals in trade (the trade deficit remains, manufacturing jobs have continued to decline and China’s stance on structural reforms has hardly budged), our assumption is that during a second term, free from electoral concerns, he will double down on his approach. Present areas of trade tension, which include aluminium and steel tariffs, data privacy, digital taxes and the secular dispute over Airbus and Boeing subsidies, could escalate into a full-blown trade war that would include tariffs on European cars and a direct challenge to the Common Agricultural Policy.

There is little doubt that a Biden Presidency would mark a toning down of EU-U.S. tensions and a return to civility. Attitudes across the Atlantic will converge again in important areas such as climate change. Surprisingly, voters who identify as Democrats are far more likely than Republican voters to support open trade, even though that is not the case in the U.S. Congress.

Although Biden appeals to many in the rust belt and has supported steel tariffs in the past, the present tariffs on steel and aluminium, based on Section 232 (national security), are hardly compatible with rebuilding alliances. A way will be found to eliminate them or replace them with other mechanisms. The threat of auto tariffs, which are widely opposed anyway, is certain to fade. Biden, of Irish ancestry, has said that a trade deal with the U.K. should be conditional on preserving peace on the island of Ireland in line with the Good Friday Agreement. This is generally seen as requiring a continued open border between Northern Ireland and the Republic of Ireland, in keeping with the U.K.’s withdrawal agreement from the EU.

However, any return to negotiations on a comprehensive deal, such as the Transatlantic Trade and Investment Partnership, is highly unlikely. But, late in the Biden term, and as the healing from the COVID-19 crisis occurs, there will be opportunities for partial single or multiple issue-based deals.

Assuming the differing positions of EU countries can be reconciled, win-win areas could include negotiations on services, medical goods and environmental products. Divisions over digital taxes and data privacy may be narrowed. Importantly, Biden’s deeply held concern about climate change offers an opening for negotiations which include trade, such as coordinating a position on the thorny issue of carbon border adjustments.

As the U.S. adopts a potentially more cooperative and constructive stance on many of the difficult issues that mar trade relations with Europe, developing a common EU position will be a top priority.

However, in those negotiations, the United States is likely to be even more demanding and less flexible than, say, under Obama or George W. Bush on account of the domestic and international changes we have outlined, especially the mounting rivalry with China which will persist as the main point of reference in geopolitics.

Both Biden and Trump have seen it as in their electoral interest to stir up the growing China phobia of the U.S. body politic. It is not clear, however, whether that necessarily points to an escalation of the China-U.S. trade war post-election. Trump often boasts of his success (doubtful in our view) in the Phase 1 trade deal with China, and of his intention to strike a more comprehensive and better Phase 2 deal if re-elected.

His passion for the “deal of the century”, the masterstroke that resolves the toughest problem, may well motivate him to work hard towards putting the relationship with China onto a more productive basis. However, Trump’s next deal with China, if it materializes, is sure to continue his managed trade, America First approach, further undermining the multilateral trading system and creating new concerns about discrimination against European firms.

There is little doubt that, while also being hard on China, Biden will be eager to return to something resembling normal trade relations, albeit in a progressive and negotiated fashion. Voters who identify as Democrats are less likely than Republicans to be hostile to China. Normalization would entail eventually removing punitive tariffs on 65% of US imports from China (or close to $400 billion of Chinese goods), in exchange for China doing the same on about 57% of their imports from the U.S. and some acceleration of China’s structural reforms.

Biden may well decide that the United States should rejoin the Trans-Pacific Partnership (now the CPTPP, consisting of Japan and ten other Pacific nations). The original intent of the TPP, which was negotiated during the Obama-Biden second term, was to ‘contain’ China and, while the TPP included some novel features such as disciplines on state-owned enterprises and e-commerce, the agreement actually required little new trade liberalization in the United States, and was estimated to have no impact on U.S. employment. These factors would make it easier for Biden to rejoin.

Unlike Trump’s essentially adversarial approach towards Europe, working together with allies to pressure China on reforms will be central to Biden’s Presidency and would represent an opportunity for the EU. On matters relating to human rights abuses and Chinese tech companies building communication networks, most Americans support a tough line, irrespective of whether they are Republicans or Democrats.

The EU’s challenge will therefore be to reconcile its fundamental interest in a vibrant trade and investment relationship with both superpowers with American demands motivated by U.S. geopolitical and security concerns. That challenge, complicated by the different stances that EU countries take towards China, will remain no matter who is elected in the U.S.

The crisis in the WTO long precedes Trump and is unlikely to be resolved in the foreseeable future whoever is elected U.S. president. Trump and U.S. Trade Representative Robert Lighthizer have been eager to throw away the WTO rule book (whatever Lighthizer might say to the contrary), attempting to neuter the organization and its dispute settlement arm. In a second Trump term, the United States will probably reinforce its challenge to the WTO by demanding unilateral tariff concessions from other members, including the EU. Such a demand is sure to be rejected, paving the political path towards U.S. tariff increases across the board.

Biden, by contrast, is likely to revert to a more traditional negotiating stance, to strengthen the rules-based system and preserve the WTO acquis, and — where possible and without setting high expectations — to make progress on reforming it. Specifically, under Biden, the U.S. will likely make concrete recommendations to reform the working of the Appellate Body and, in exchange, allow renewal of its judges.

The U.S. is also likely to resume a push for plurilateral deals which, if critical mass is achieved, may be extended on a most-favored nation basis to all WTO members, even those that do not undertake commitments under the deal. Biden’s inclination to work within the WTO (a stance that enjoys bipartisan support in the Congress) may enable collaboration with both the EU and China.

In conclusion, under Biden, the EU’s dilemma in managing its trade relationships with two adversarial geopolitical players will remain. The tendency to decouple from China on technology may persist, at least until major advances in structural reforms in China become evident — which appear unlikely in the foreseeable future. A Biden presidency would also entail a less adversarial approach towards the EU. However, negotiation space and political attention in the U.S. is unlikely to be available for a move towards a comprehensive trade negotiation, such as a revamped TTIP, even if the EU were ready for that (which is doubtful).

As the United States adopts a potentially more cooperative and constructive stance on many of the difficult issues that mar trade relations with Europe — from sanitary standards to subsidies, data privacy, carbon border adjustments and taxes on e-commerce — developing a common EU position will be a top priority.

Failure on the EU’s part to rise to that challenge is bound to relegate trade relations with Europe even lower in the Biden Administration’s priorities.

This piece was originally published in Bruegel.

Uri Dadush is a non-resident scholar at Bruegel, based in Washington, DC and a senior fellow at the Policy Center for the New South in Rabat, Morocco. He is also principal of Economic Policy International, LLC, providing consulting services to international organizations as well as corporations.

Jonathan Munemo Professor of Economics at Salisbury University
URL: https://www.brinknews.com/what-should-europe-expect-from-a-biden-trade-policy-election/
Get ahead in a rapidly changing world. Sign up for our daily newsletter. Subscribe
​​